“That’s a low blow and it does sting.”

The ongoing feud between “Real Housewives of Salt Lake City” stars Jen Shah and Mary Cosby blew up on Wednesday night’s episode — with Jen taking a swipe at Mary’s unorthodox marriage to her step-grandfather.

Though Mary and Robert Sr. have been married for over 21 years and share a teenage son, the unusual situation was low-hanging fruit for Shah as their fight escalated at a party for Whitney Rose.

In case you missed it, the two have been battling because Mary told Jen she smelled “like hospital” after Shah had visited with her aunt, who just had both of her legs amputated. Jen felt it was a dig at both herself and her whole family, while Mary maintained she was sensitive to the smell after having 12 surgeries to remove her odor glands. Yes, this is really a thing they’re fighting over.

At Whitney’s party, Jen confronted costar Meredith Marks for bailing on a sleepover with her — and said she felt Meredith was siding with Mary in their feud. Meredith, however, canceled the overnight after her kids explained Jen’s NSFW antics at their home made them uncomfortable.

“I’m not saying you’re supposed to be mean to Mary, but how are you my friend if somebody hurt not only me, but my family?” asked Jen. “You’re like okay with this? That’s not okay with me and yes, it’s hurting my feelings.”

As Meredith said she’d no longer be “engaging in the conversation” with Jen and started to walk away, Shah exploded. “Are you serious? You’re going to go with Mary? Who f—-s her grandfather?” she exclaimed. “That’s the truth. Oh, am I lying?” 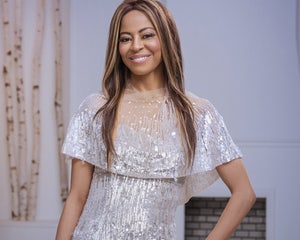 RHOSLC's Mary Cosby Opens Up About 'Weird' Marriage to Step-Grandfather

“I heard that,” Mary said in a confessional. “Thank you for telling me and showing me who you are. You can call me whatever you want. Clearly there’s something about me that you find fascinating because I’m always in your mouth.”

In her own confessional, Heather Gay hilariously added, “I’d f–k a grandpa, big deal. But if it was my grandpa that I was married to, I would not want my friend to yell that to me at a party.”

As Jen became unconsolable and completely manic, she left the party. 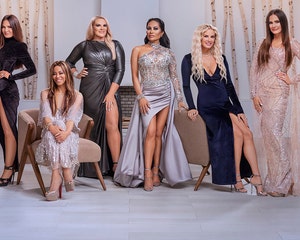 The next day, Mary spoke with both Whitney and Lisa Barlow about Jen’s remarks.

“She called me a ‘grandfather m-effer.’ She’s so angry at me and I don’t know why,” she said to Whitney. “It’s a competition at the end of the day.”

“Apparently, she hates me,” she added in a confessional. “She wants to be the big dog. I’ve been called a lot of different names, however never that, the grandfather m-effer. That’s a low blow and it does sting.”

When the women reconvened at a Met Gala-themed luncheon Mary threw, Jen apologized to Meredith for blowing up at her at the party. She didn’t offer the same apology to Mary, however.

The episode ended with a “To be continued” slate — so, stay tuned.