Call the repair man! Shocking snaps reveal disastrous construction fails -including a handle at the bottom of a door frame and four toilets crammed into a tiny corridor

There is nothing more frustrating than being disappointed the final results of building work after months of having construction workers in your home.

And these photos prove you should always check references before hiring a professional workmen.

Bored Panda has rounded up a selection of terrible design fails that have been shared on Russia-based Instagram account ‘Typical Rykozhop’.

From toilets which are unusable because of the bathroom size, to a very wobbly attempt at building stairs on a footpath in Orenburg, the images show some of the world’s worst construction work ever.

Another photo reveals a ceiling appearing to be covered in spider legs after an electrician failed to disguise the wires attached to ceiling lights. 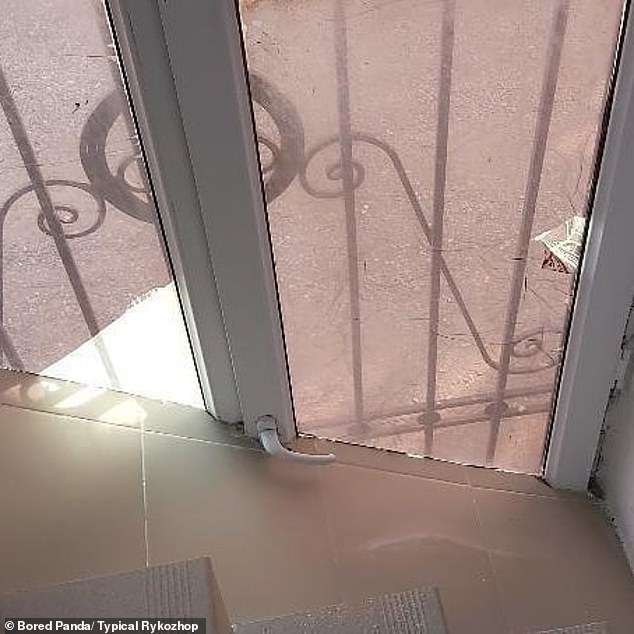 Social media users have been sharing their construction fails, with BoredPanda rounding up a selection of the very worst from Russia-based Instagram account ‘ Typical Rykozhop ‘ (pictured, a door with a very poorly placed handle) 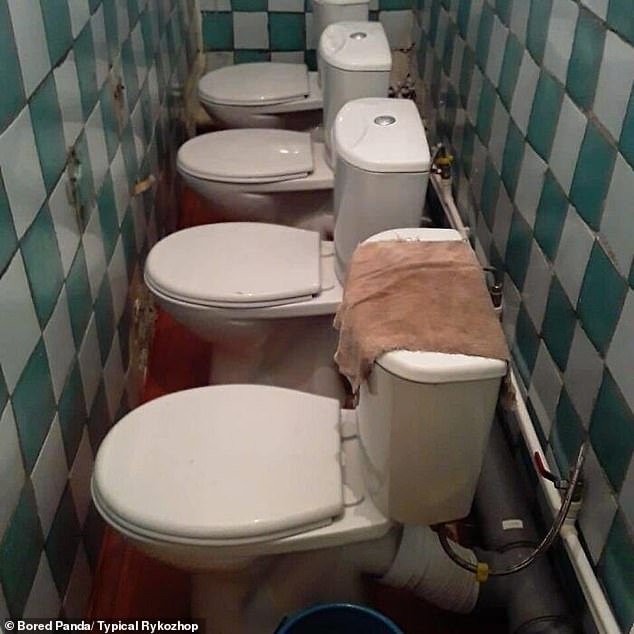 Throwing money down the drain! A school in Irkutsk left students with minimal space to use toilets after renovating a bathroom 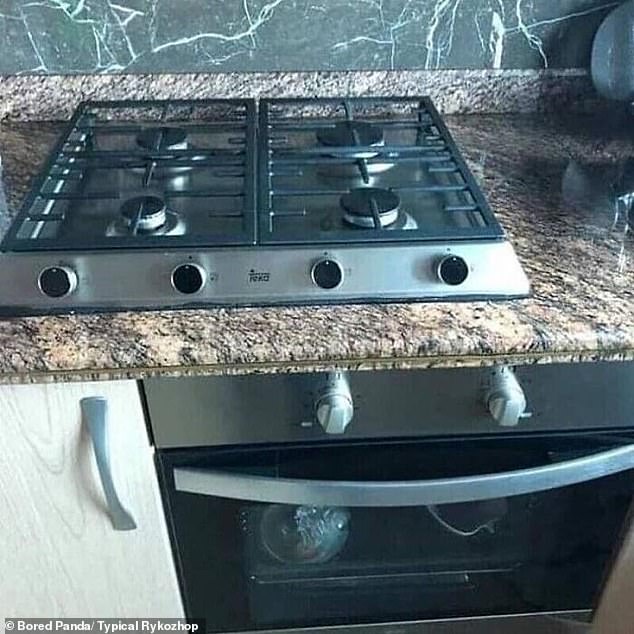 Must be a roast! One photo shows a gas cooker placed out of alignment from the oven after having work done in a kitchen 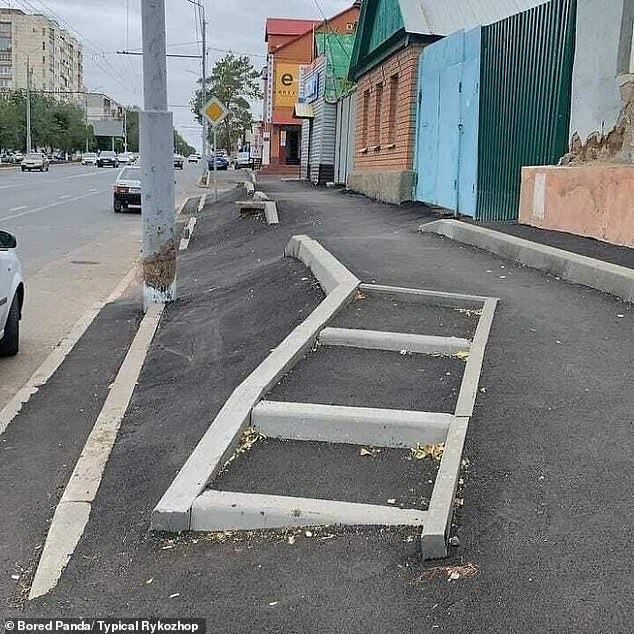 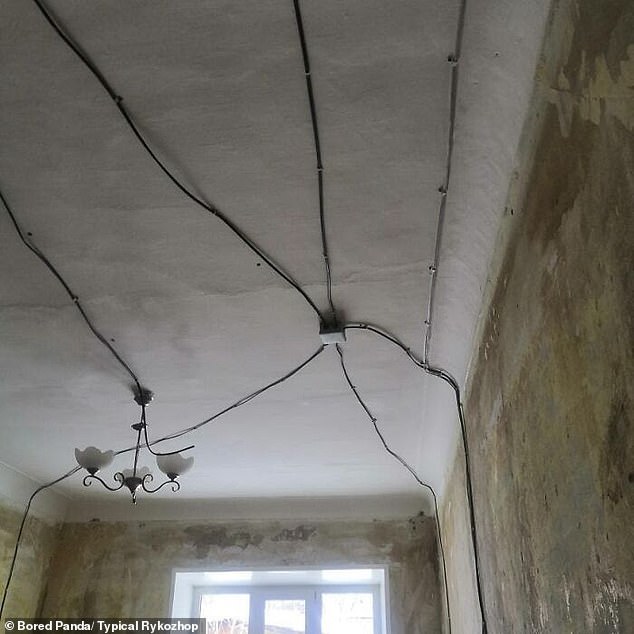 Seeing is believing! One photo shows a ceiling covered in wires that could be mistaken for long spider legs 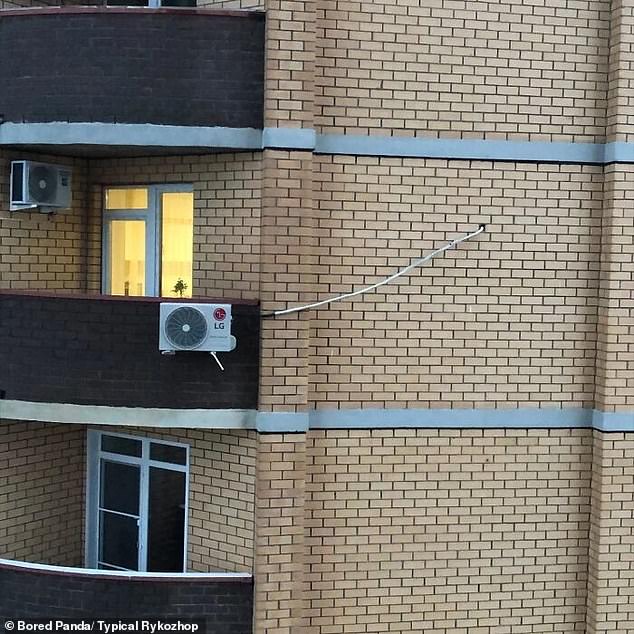 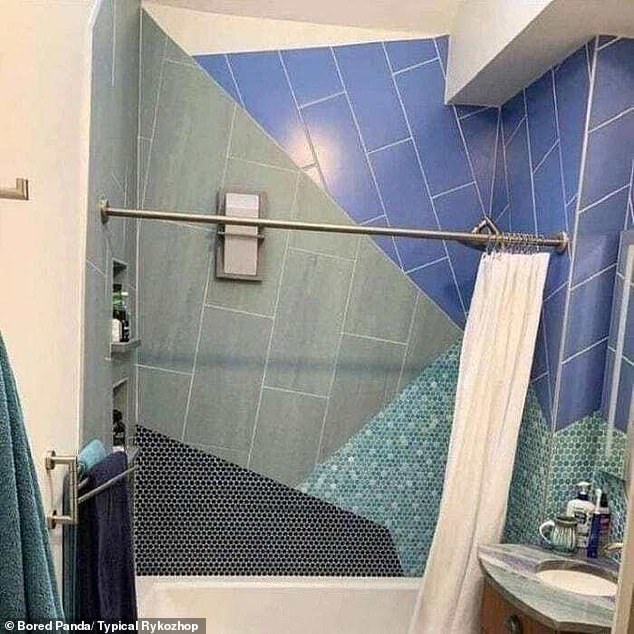 Splash the cash! A photo of a bathroom with very disorientating tiles also appears to show the shower rail had been positioned questionably 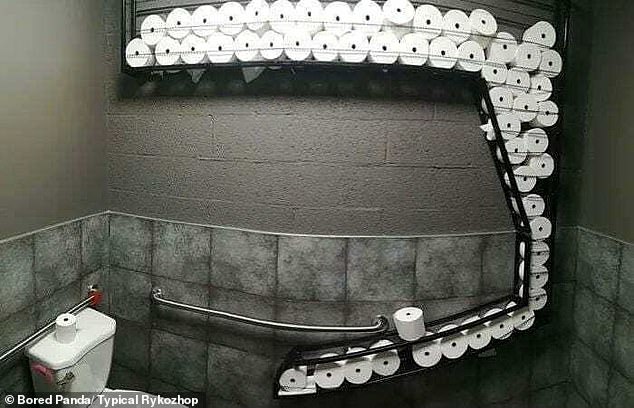 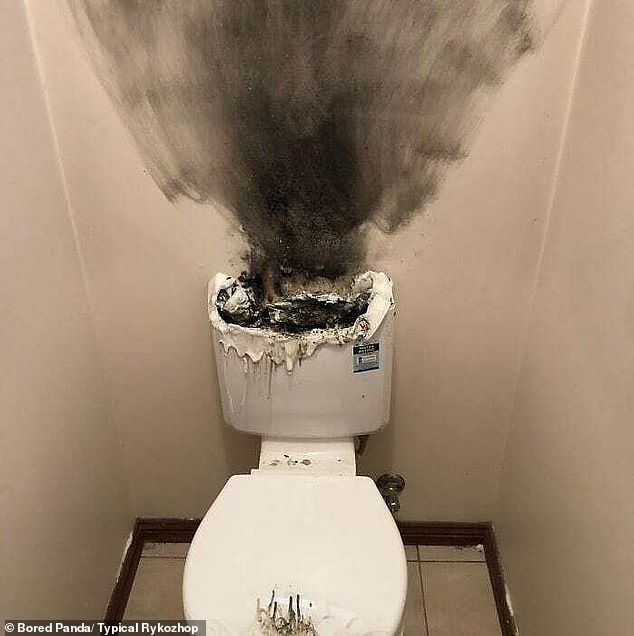 Money going up in smoke! One melted toilet shows the dangers of poorly installed equipment (pictured) 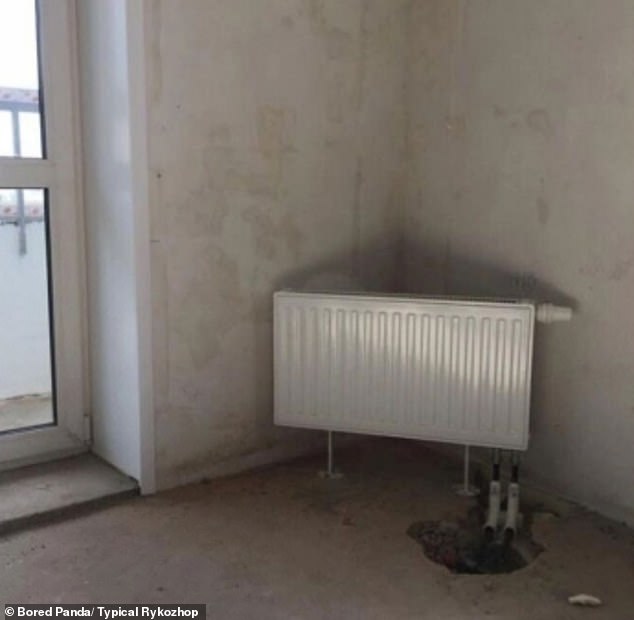 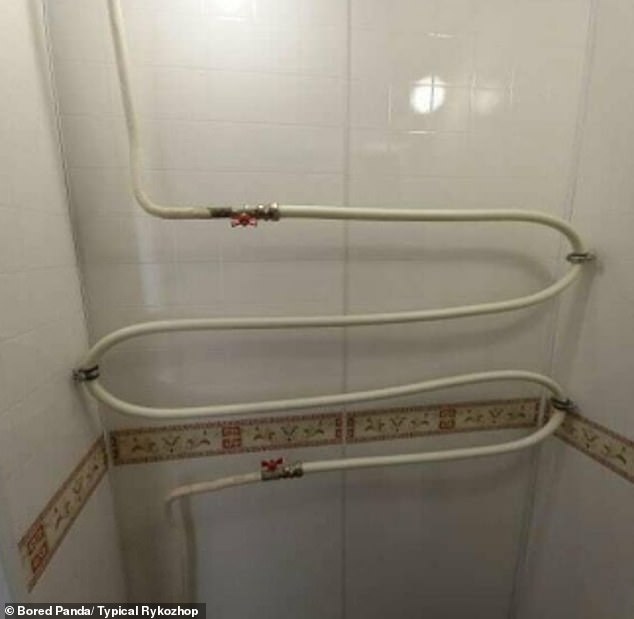 Not sure that’s going to work! One piece of pipework looked particularly DIY after a plumber twisted it across the bathroom wall