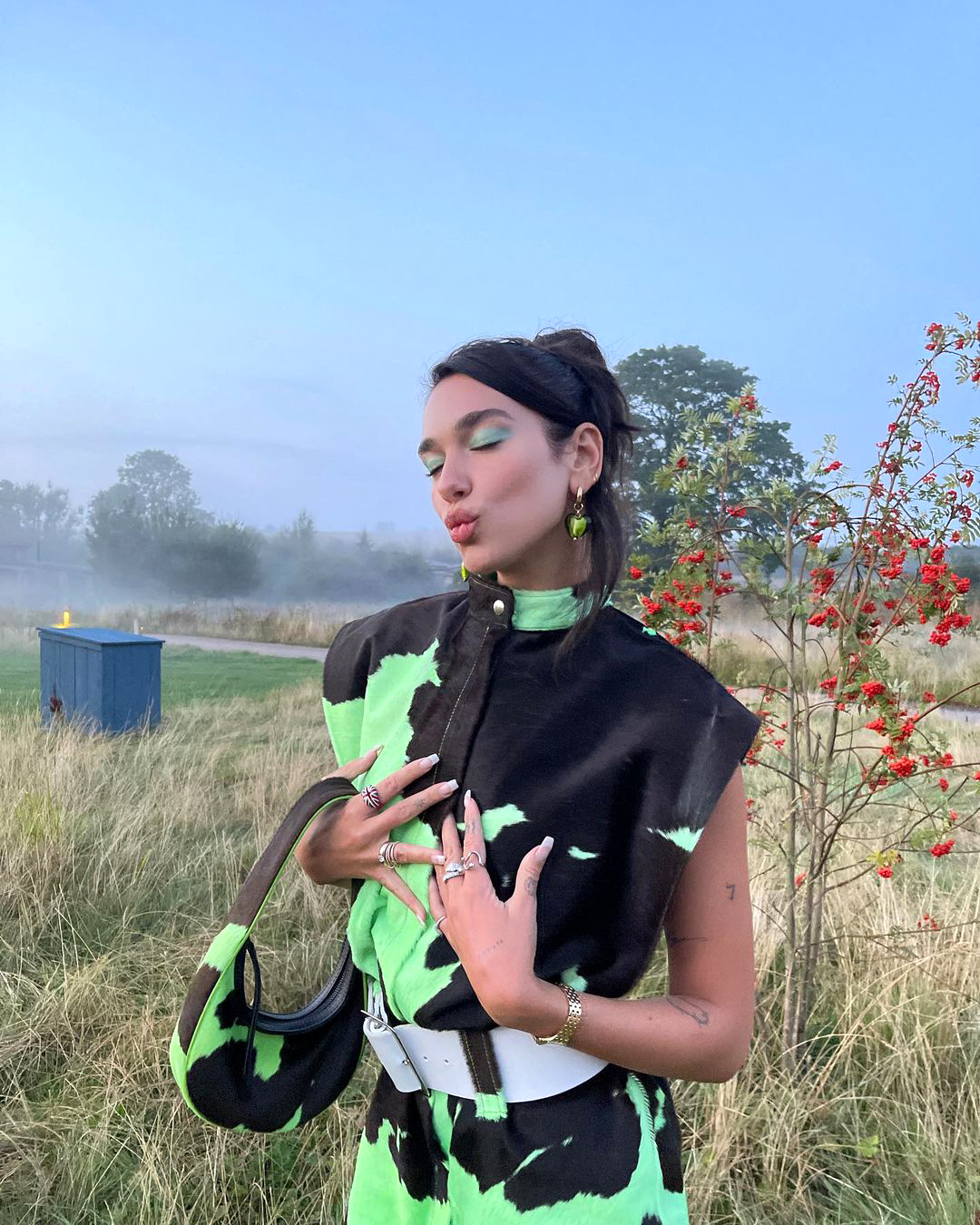 Great minds! While they may be 18 years apart, North West and Dua Lipa are both style icons. In fact, they even have some of the same articles of clothing in their wardrobe.

Another Day, Another Pic Proving North West Is More Stylish Than We’ll Ever Be

While the dresses are undoubtedly from the same designer, it appears that West’s was customized. Her version had a zipper up the front whereas Lipa’s had a button closure as well as belt loops.

The two fashion lovers also put their own spin on the look with accessories. West, who’s parents are Kim Kardashian and Kanye West, rocked Ugg boots and pigtails during her Wyoming vacation.

Lipa, for her part, paired the cowhide number with black boots, a white leather belt and Y2K-inspired chunky earrings.

The iconic moment of ‘Who Wore It Better,” which was identified by Instagram account @fashionbombdaily, quickly drove fans into a tizzy, with many commenting on the side-by-side photo of the duo. 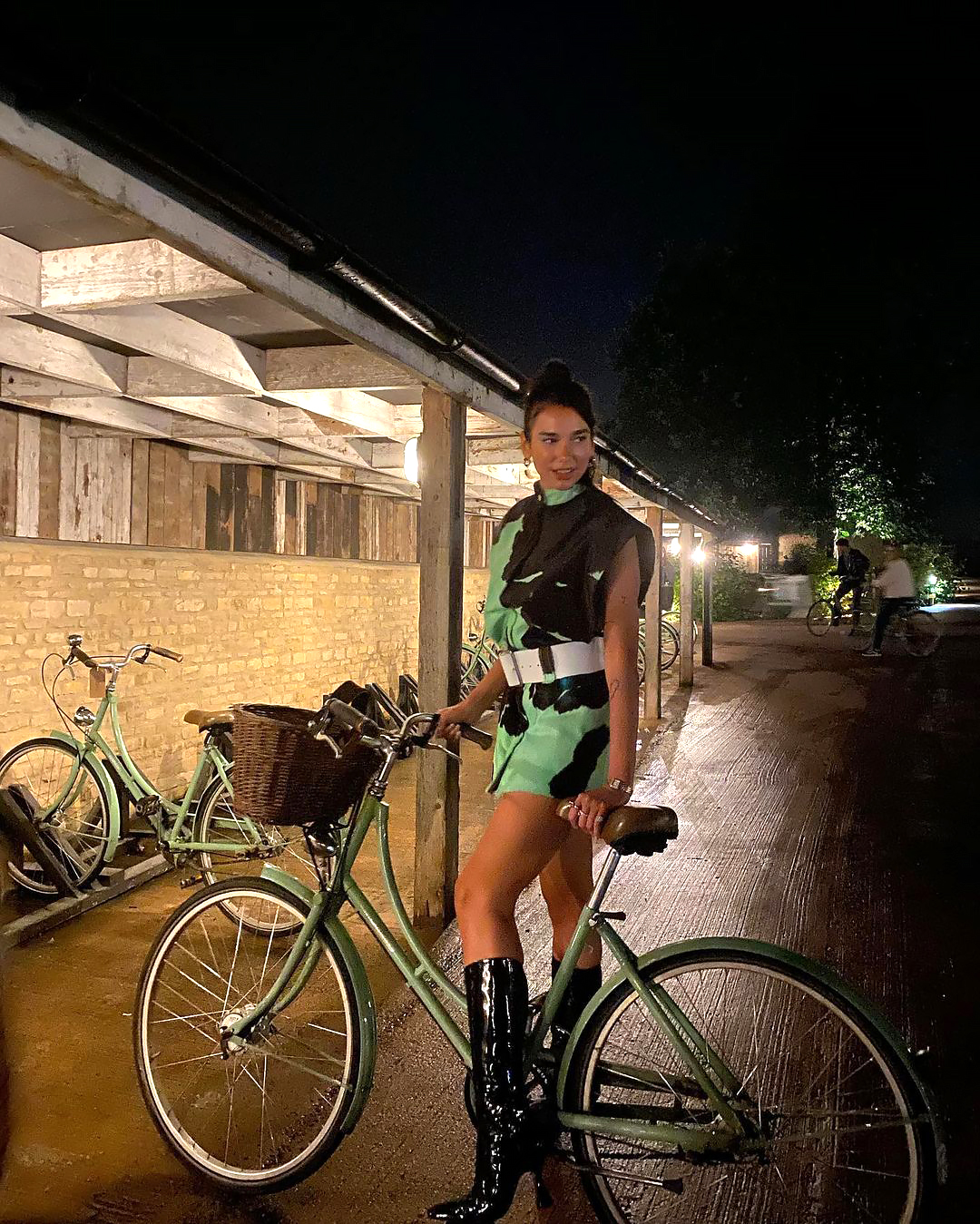 This isn’t the first time that North, the style icon that she is, has influenced someone’s style. Last year, she wore a peach-feathered Prada top just days before Kendall Jenner.

“I saw her wearing it and I was like, ‘Oh my god, I have that shirt.’ I predicted all this, like it’s literally going to freak people out that I am wearing that shirt,” Jenner told People at the time. “I ended up wearing it really thinking I’m a crazy person. Honestly, I should have lied and said it was North’s shirt because that would be hysterical.”

Jokes aside, Jenner is a big fan of her niece’s fashion sense. “I would borrow clothes from North,” the model said. “She is stylish. She dresses herself.”

Fashion clearly runs in the family because not only does Kardashian have her own brand, Skims, but West’s sister, Chicago, has also found herself trying to amp up her collection of designer duds.

“Caught someone trying to sneak off with my stuff,” Kardashian captioned a June Instagram of her youngest daughter holding a pink lucite purse from her closet.