BRITISH supermarkets are bringing out all the snacks deals for the Europa League Final and Champions League Final this week.

Airing this evening and on Saturday, you can rest easy knowing you'll be kitted out with enough snacks for both matches. 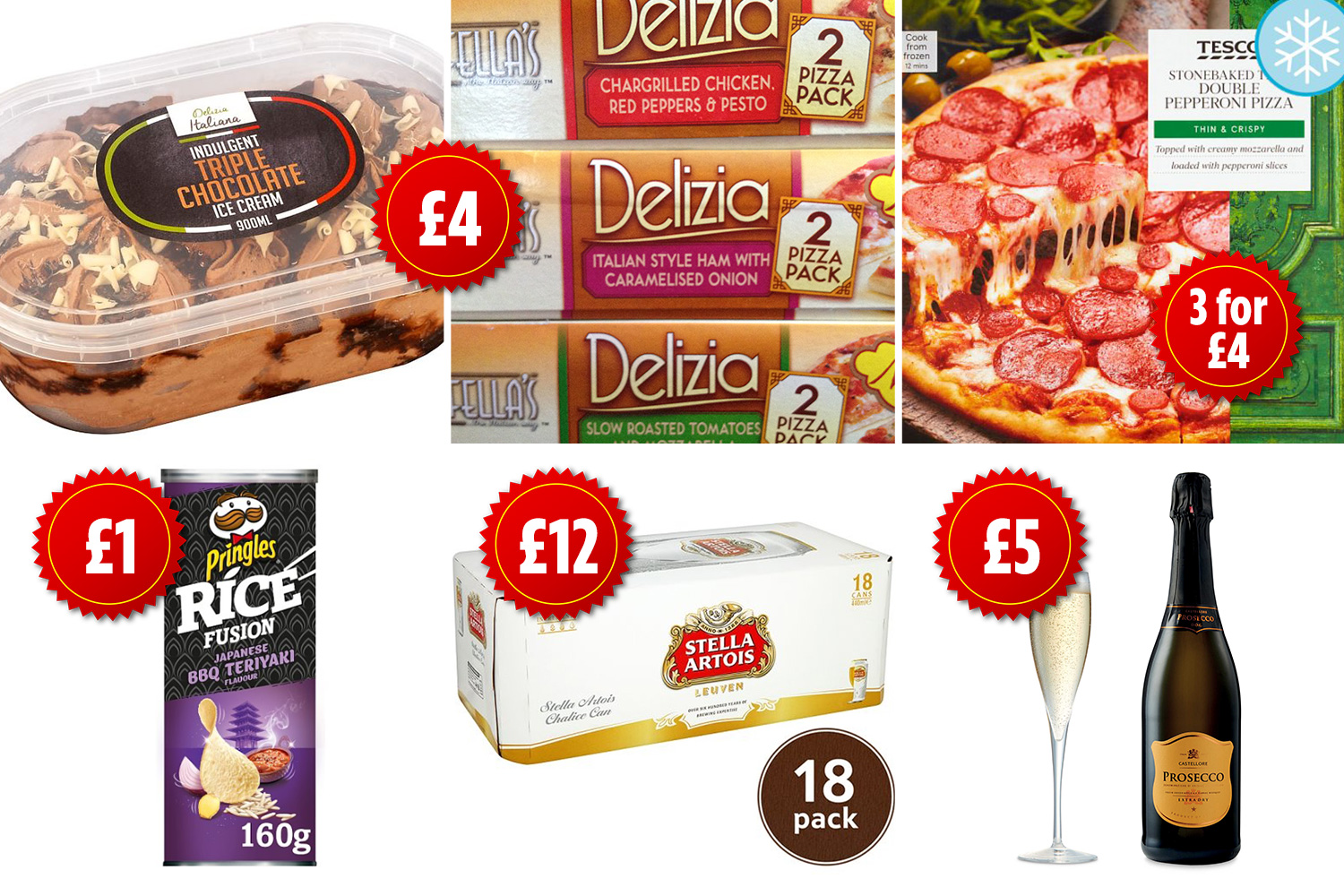 If you're unsure where to watch the game, we have all the details here for you, including live streaming options.

We checked on price comparison websites and with the respective supermarkets to make sure we found the best value offers for you.

Morrisons has a deal on pizzas for the matches, meaning you can get a hold of any two 14" pizzas for just £7.

But we looked around and it's actually not the cheapest – grab three pizzas for just £4 at Tesco; they're smaller but overall you get more bang for your buck.

Sainsbury's Taste the Difference pizza is on offer for just £3 so is technically the cheapest for the biggest pizza.

Elsewhere, other supermarkets are cracking out the deals too: B&M has an offer for two pizzas and one tub of Delizia ice cream for just £4. Yes please.

Crisps – once you pop…

Morrisons' Pringles are currently on offer for £1.25 so you can stock up on the snack food to last you through the games.

Sainsbury's classic Pringles are also 50 per cent off, down to £1.25 but if you like the Rice Fusion Pringles, Tesco do them just as cheap as Morrisons- at half price for just £1.

Don't worry – the supermarket has you covered for drinks as well; grab a 12 pack of Heineken for £8 and an 18-pack of Stella for £12. That's a massive amount of beer.

Live closer to a Sainsbury's? Not to worry as you can pick up the same deal on Stella there and the 12 pack of Heineken is only £2 more than Morrisons.

Prosecco – grab a bottle for a fiver

If a glass of bubbles is more your drink, Morrisons' prosecco is £6 – which is pretty cheap but you can get it for £1 less at either Asda or Aldi.

Here's to eating pizza, prosecco and Pringles for the rest of the week.

Morrisons and Co-op top the list with summer wines under £10 – best value according to Which?