A mute swan who mourned the death of her mate for four years has found love again – and their romantic tale has inspired a book.

Mrs Newbie, who lives at Highgate ponds in London’s Hampstead Heath, was widowed when her feathered companion Mr Newbie plummeted to his death after hitting a building while the duo were flying together in 2016.

The heartbroken bird spent the next four years in mourning, scouring nearby nesting grounds and laying unfertilised eggs as she pined for her lost love.

When a new pair of territorial swans moved into her pond, Mrs Newbie ended up at a sanctuary just before lockdown, where she was put in the same pen as a male called Wallace. 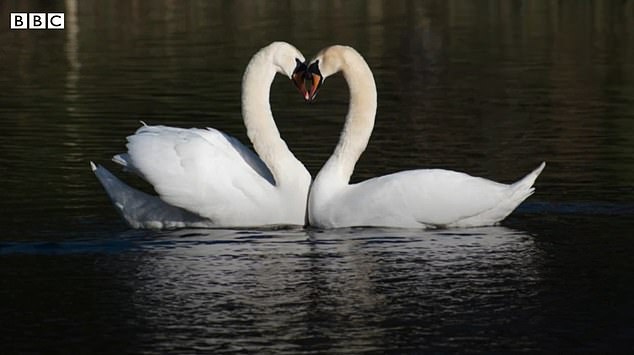 Having mourned the death of her mate for four years, Mrs Newbie found love again with Wallace (pictured together at their home in London’s Hampstead Heath)

Wallace took her under his wing – and their fledgling romance went from strength to strength, with the pair welcoming a set of cygnets when they were returned to Highgate pond.

Ms McLean told the BBC: ‘We never thought that she would meet anybody ever again.’

Ms Green told how Mrs Newbie arrived at the pond around 10 years ago with her mate and they were quickly referred to by the locals as ‘the Newbies’. 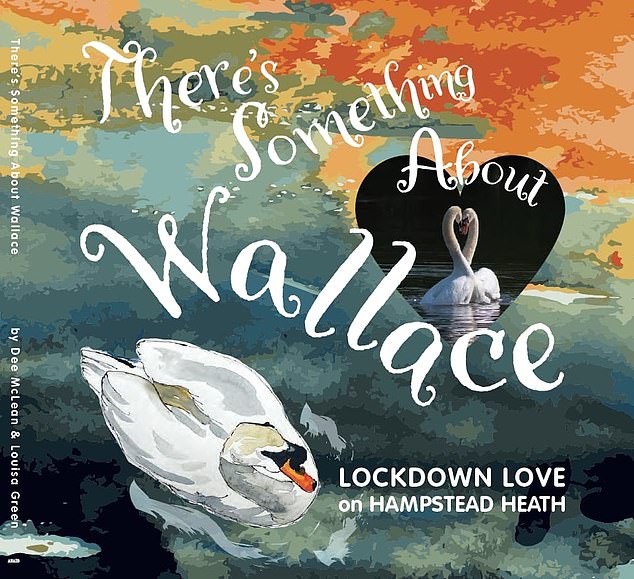 Swans usually mate for life – so when Mr Newbie hit a block of flats and died mid-flight, Mrs Newbie rejected every other potential suitor that landed and took an interest.

Earlier this year locals became concerned when Mrs Newbie disappeared from the pond – but park rangers later received a call from a resident complaining a swan had taken up residence on her roof.

It was Mrs Newbie, and having sustained an injury, she was taken to a swan sanctuary in Shepperton in March.

There she met Wallace, who was recovering from a fishing hook wound – and it was love at first sight. 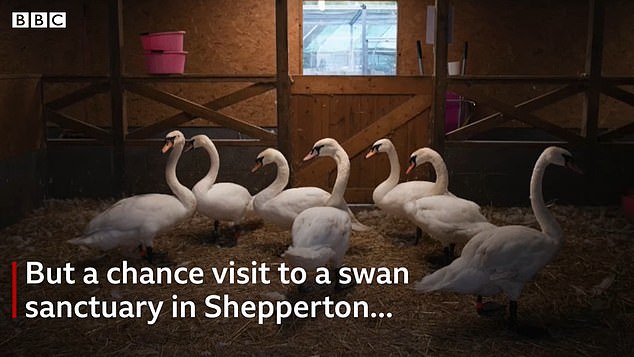 Having sustained an injury, Mrs Newbie was taken to a swan sanctuary in Shepperton in March – where she was put in a pen with Wallace

‘Clearly something about him just charmed her,’ Ms Green said. ‘And this all happened on the day before the UK went into national lockdown.’

Once the pair had recovered they were returned to Hampstead where they welcomed seven cygnets, but Mrs Newbie required another stint at the sanctuary after she attacked by a dog in July.

Thankfully Wallace took good care of their brood – and Ms Green and Ms McLean have now penned a book about the adorable couple, aimed at children both young and old. 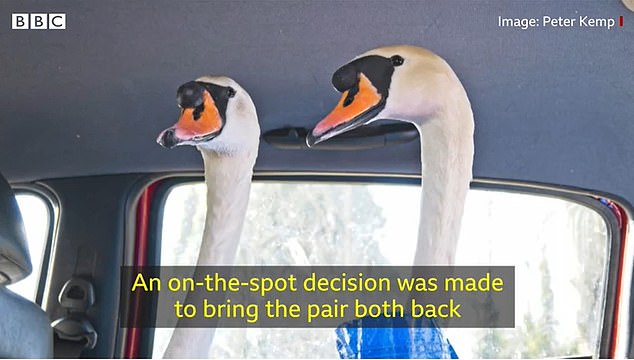 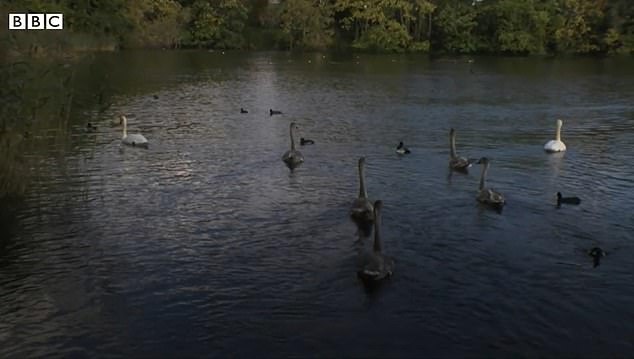 Ms Green told the Camden New Journal: ‘The book follows the highs and lows of the past six months, including the arrival of several delightful cygnets and the tragic dog attack that saw Mrs Newbie taken back to the swan sanctuary for treatment, leaving Wallace to raise their cygnets alone.

‘It is such an enchanting story, and we felt it was perfect to share it this way.’

There’s Something About Wallace costs £10 and is available from www.deemclean.co.uk