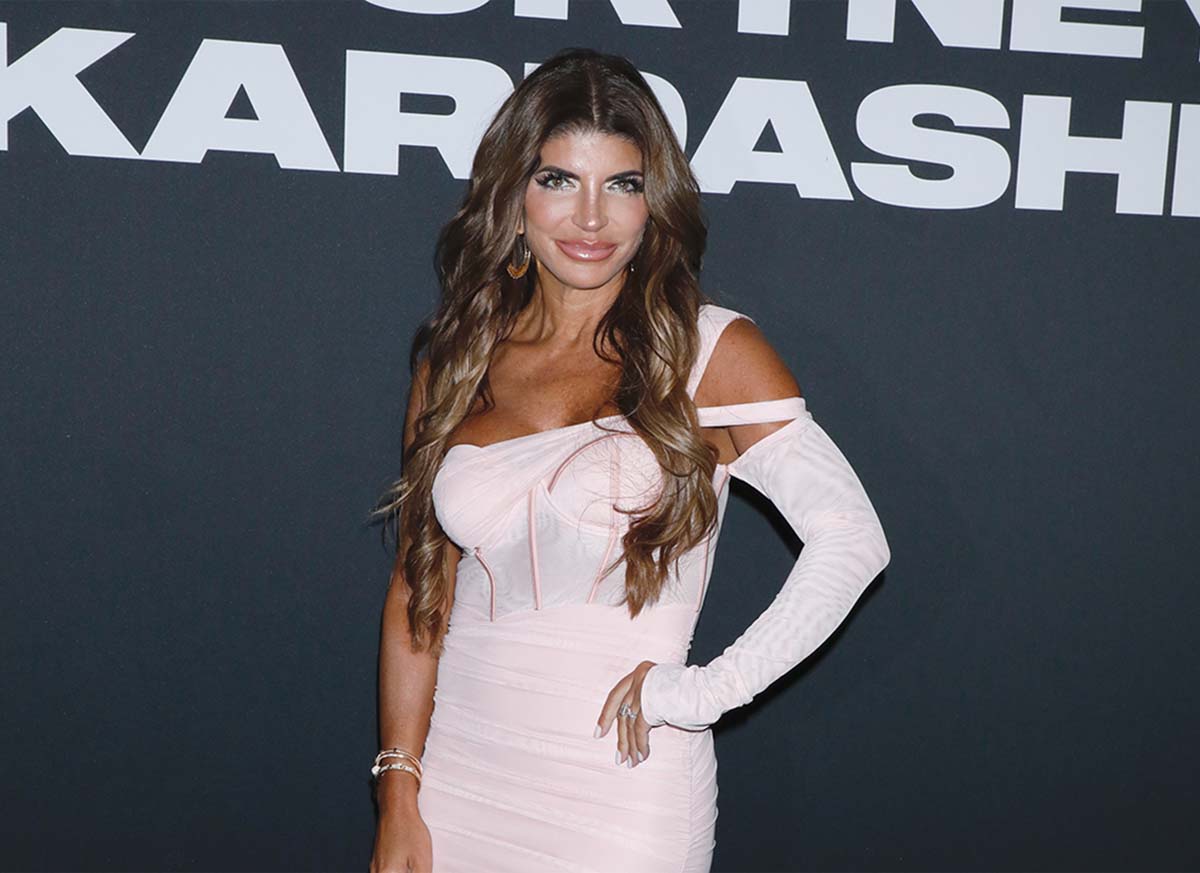 Her side of the story. Teresa Giudice teased that fans will be “blown away” by the upcoming season of The Real Housewives of New Jersey — especially when they see what really went down with her and brother Joe Gorga.

“It’s gonna blow your minds away,” the Dancing With the Stars alum, 50, told Us Weekly exclusively on Thursday, September 29, while speaking about her new PodcastOne show, “Namaste B$tches,” with friend Melissa Pfeister. “It’s very sad. … People thought a certain way about me, and then they’re gonna be like, ‘Wow, we were so wrong.’ I think … when you watch this season [you’ll see that] I kept my mouth shut a lot over 10 years.”

Seemingly referencing her ongoing drama with her brother, 43, and sister-in-law Melissa Gorga, Guidice continued, “Don’t forget, my parents were around back then. So, I tried to keep the peace for a long time and … you know, somebody could only take so much for so long. It’s not happening anymore. … I think everybody’s … gonna be blown away.”

While reliving the feud with her family will be “sad” for the New Jersey native, she has no regrets about finally sharing her truth with the world. “I’m totally fine [with it]. Totally fine,” she told Us. “I got taken advantage of for so long, for over 10 years. I got taken advantage of and finally, [husband Luis Ruelas] came into my life and it was like, ‘That’s not happening anymore.’ … I think [everyone is] going to see the truth of everything that’s been really happening.”

Teresa Giudice and Luis Ruelas: A Timeline of Their Relationship

After a decade of ups and downs, Giudice’s relationship with the Gorgas seemed to be damaged beyond repair when the couple skipped her August wedding to Ruelas, 47. “Joe and Melissa made a last-minute decision to not attend Teresa’s wedding after a blowout fight,” a source told Us at the time. “Teresa may not forgive Joe after this and vice versa,” the insider shared, claiming that the Turning the Tables author “continues to attack Melissa, and Joe isn’t standing for it anymore.”

Shortly after the wedding, Joe and Melissa, 43, addressed the drama on her “On Display” podcast. “Obviously, we did not attend your sister’s wedding. We have a laundry list right of reasons in our heads [of] why and I will let all my listeners know this — obviously, there was something that went down at the finale of filming The Real Housewives of New Jersey,” the Love, Italian Style author said in August.

Implying that there had been some kind of fight between her and Joe and the newlyweds, Melissa added that they felt it would be “strange” to show up at the wedding as if nothing happened.

In addition to finally sharing her side of the drama on RHONJ, Giudice is hoping that her new podcast will help people finally see the real her instead of a character. “I’m really, like, a fun person,” she told Us. “In my real life, there’s no drama. No drama at all. I wake up happy every day. I have really good energy.”

Pfeister agreed with that assessment, adding that the recent premiere of “Namaste B$tches” will give her friend and cohost another chance to change fans’ minds. “We have months and months to really get out there and people can see a different side of Teresa before [RHONJ] starts up again,” the nutritionist explained. “Maybe they’ll have a different view on it after they get a glimpse from the podcast of more depth [into] who Teresa really is.”

Biggest ‘Real Housewives’ Feuds Ever — And Where the Relationships Stand Today

While the duo do talk about Housewives on their show, Giudice doesn’t want it to be the main focus of the podcast. “I wanna just talk about life,” the mother of four said, adding that she eventually wants to have listeners call in for advice. “I was given this platform for a reason and if I can, I wanna help other people that, you know, [want] help from me. I was given this for a reason, so I’m gonna use it in that way.”