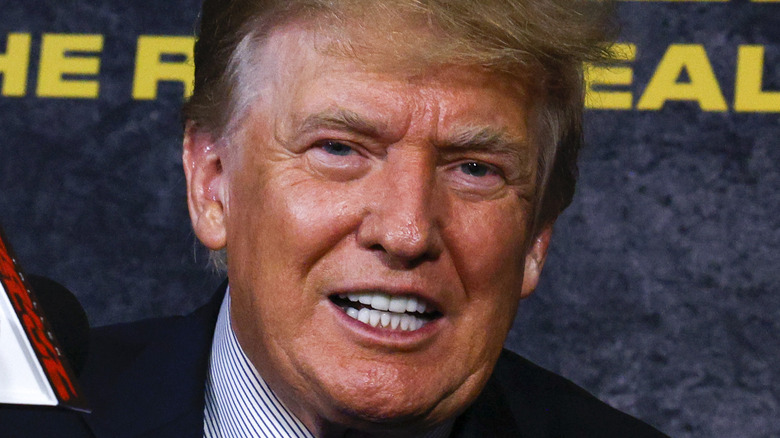 Former U.S. presidents aren’t just like you and me. They were once the most powerful men in the world, by virtue of their positions as commanders-in-chief of the U.S. military. They lived in the White House, they were members of a global political elite. And because there are so few of them, they often come together for important official events and quasi-official ones like presidential library openings, as well as for the launches of large-scale humanitarian initiatives. All of them, that is, except POTUS 45, Donald Trump.

Trump’s absence from events like the recent September 11 memorials held in New York and Pennsylvania, and the launch of a new humanitarian group meant to help refugees from Afghanistan resettle in the United States (via USA Today) might have raised some eyebrows, but those who have studied the conduct of past presidents don’t appear too surprised by Trump’s determination to not follow in the footsteps of those who have gone before him. Author Kate Andersen Brower, who spoke to then-President Trump in 2019 for her book “Team of Five: The Presidents’ Club in the Age of Trump,” said that the former president “kind of laughed at the very notion that he would be accepted in the presidents club. He was like, ‘I don’t think I’ll be accepted,'” she said (via Associated Press). 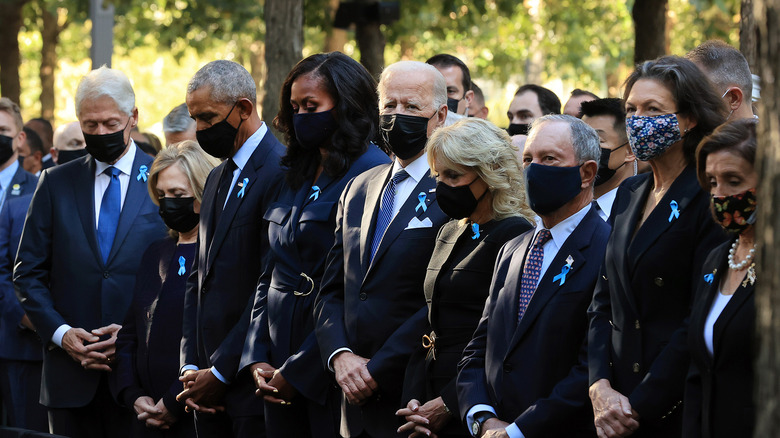 It’s not that Donald Trump isn’t invited to any of the events his predecessors are expected to show up to. During the 9/11 memorial for instance, Lee Cochran, the 9/11 Memorial & Museum’s spokesperson said he had been invited to the Saturday event like all the other ex-presidents were, but could not explain why he didn’t show up. “You would have to ask Trump’s team about their decision, but he did not attend today’s commemoration,” she said (via The New York Times). Trump instead chose to visit a police precinct in New York City, before addressing an evangelical event, and then appearing as commentator for a boxing event.

Instead of trying to build bridges with his predecessors, Trump appears to want to burn them. As Kate Andersen Brower wrote, “Trump has taken his disdain for his predecessors –- and now his successor –- further than any other president ever has.” Last weekend, Trump took time to launch a verbal attack against fellow GOP President George W Bush, after Bush appeared to criticise him during his speech at the 9/11 memorial in Pennsylvania. Trump decided to return the favor by releasing a statement accusing Bush of lecturing at people, while pointing out that “Bush led a failed and uninspiring presidency.” (via USA Today) 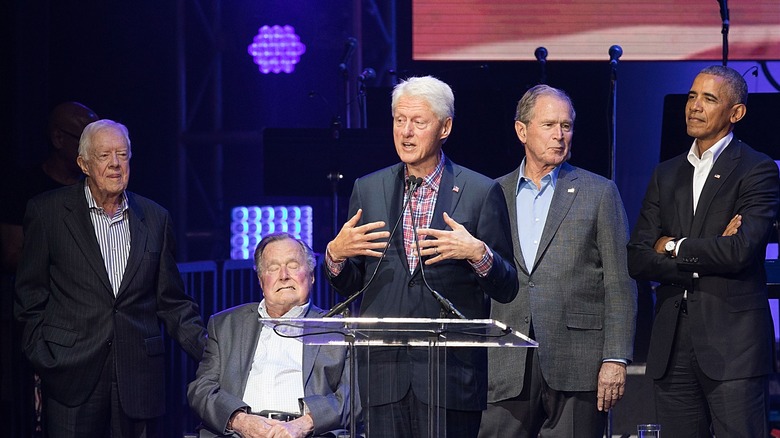 Even if he had been keen to be a part of the Presidents Club, there is a sense that Donald Trump wouldn’t have really been welcomed anyway. As Jeffrey Engel, who founded the Center for Presidential History at Texas’ Southern Methodist University pointed out to the Associated Press in January, Trump couldn’t have cut it “because he’s temperamentally different.”

But there is more than just temperament that keeps Trump apart from his predecessors, be they Republican or Democrat, because as Engel also pointed out, “People within the club historically have been respected by ensuing presidents. Even Richard Nixon was respected by Bill Clinton and by Ronald Reagan and so on, for his foreign policy. I’m not sure I see a whole lot of people calling up Trump for his strategic advice.”

To Kate Andersen Brower, Trump’s conduct throughout his presidency from the way he criticized former President Barack Obama and accused him of wiretapping, to choosing to ignore tradition during the transition from his administration to Joe Biden’s made him an outlier that would find it difficult to gain acceptance into the President’s Club. “I think Trump has taken it too far,” Brower said. “I don’t think that these former presidents will welcome him at any point.”