Hilda Kalap was born in Moscow and lived there for the first five years of her life.

Hilda identifies with an obscure tribe of which only 7% of Brits claim to be a member. Hilda is a ‘winter person’ – someone who finds they thrive in the colder months.

The mere existence of winter people contradicts popular knowledge of the season best associated with darkness.

‘Now is the winter of our discontent,’ says Shakespeare’s notorious villain Richard III after slaying his enemy King Henry VI on the battlefield. More people die in the winter, according to Office for National Statistics data. One form of seasonal depression is even nicknamed ‘the winter blues’.

So why would Hilda claim to be a winter person?

University of Pennsylvania psychologist and author of A Mindful Year Seth Gillihan studies the effect of weather on people’s moods. He might know one reason.

Hilda was born in the winter. And according to Seth, there’s a positive link between someone’s birthday and their preferred season.

‘People who are born in the winter, their internal clock seems to be set to the length of days in the winter,’ Seth tells Metro.co.uk. 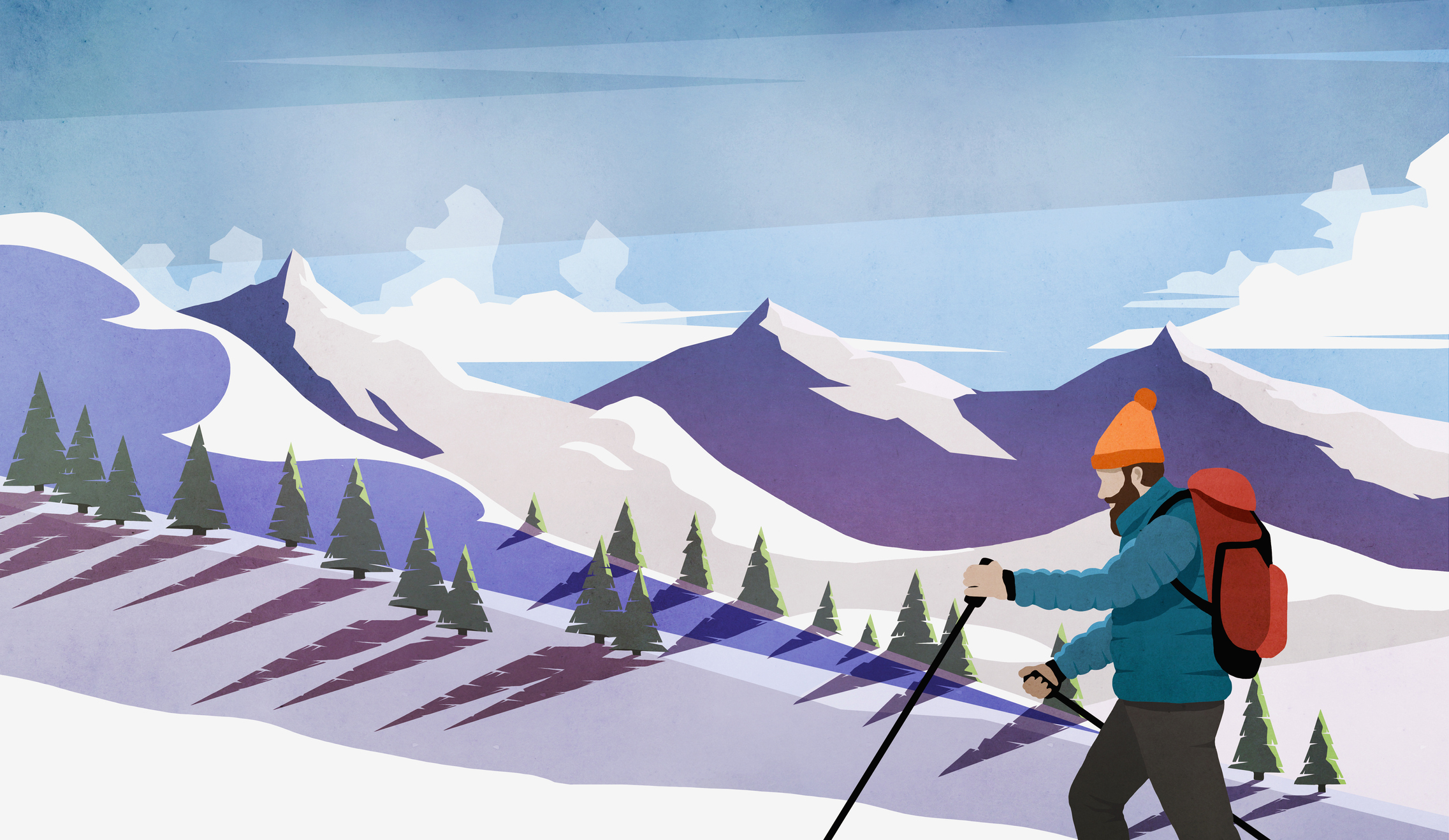 ‘Their internal clock is not as affected as someone who’s born in the summer, whose circadian rhythm (the body’s 24-hour “internal clock”) is expecting a longer light period.’

Coincidence or not, Seth is a spring person, born in May. His wife is an autumn person born in October.

Seth is keen to debunk long-held misconceptions around the ‘winter blues’, pointing out that seasonal depression, or seasonal affective disorder (SAD), only ever affects a small percentage of the population. That’s 3% of the UK, according to the Royal College of Psychiatrists – too low to label winter as an unhappy time for everyone.

He tells us: ‘There have been several studies in Norway showing that the prevalence is not any different from the South.

‘When it comes to seasonal disorders, the prevalence varies from less to slightly above the numbers you get in more sunny areas.

‘This might challenge the [idea that] there is more happiness in the more light areas of the world. If you ask the general public up here in Norway, they wouldn’t agree.’

That’s not to say those countries’ long winters cause their high happiness rankings, but it does confirm winter’s capacity for happiness.

I aked Bjørn why people decide to live on the Arctic island of Svalbard with its eight-month winter. He said they actually enjoy the nature and what comes with it.

Health psychologist Kari Leibowitz (who identifies as both a winter and summer person) supports that point.

While studying at Stanford University, Kari noticed the Norwegians living 200 miles north of the Arctic Circle often saw winter as an opportunity, rather than dreading the cold.

She explains: ‘I think a lot of us, especially here in the States, see winter as this limiting time of year, right?

‘They’re focusing on the things they can’t do.

‘But in Tromsø, Norway, they usually have a lot of snow, and that affords lots of opportunities for skiing, snowmobiling, snowshoeing, and recreation that are a really important part of the Norwegian cultural identity.

‘They find ways to really lean into and appreciate the season. They’re not limited because they do go outside in the winter. They dress appropriately. And typically bad weather is not seen as a reason to force yourself to stay inside. The world doesn’t feel as closed off.’

These events give people living there a cause for celebration during the darkest time of year.

Winter people may then only approach the season with a different attitude, looking to the cold as a chance for joy rather than something to dread.

Mike Thompson, 44 from County Down in Northern Ireland (a winter person), loves to stargaze with his kids beside a bonfire in the winter, for example.

Lucy Williams, 34 from Purton in Wiltshire (Winter Person), enjoys winter as the time to pull on a snug jumper and watch films while cosy on the sofa. In Lucy’s case, the Danes and Norwegians might make use of the word ‘hygge’.

Hygge claims no direct translation in English but refers to the cosiness associated with log fires, warm quilts, and steaming mugs of cocoa in winter. Kari believes the Scandinavian appreciation of this mood allows them to make the most of the season.

‘There are so many of these contrast effects in human psychology,’ he notes. ‘Recovering feels so much better than just being well all the time. That return to normal or good feels amazing when it’s contrasted with what it could be.

‘Some people just love the feel of the winter air – that crispness. That again is a nice contrast with the warmer more “still” indoor air. You go out and there’s that feeling of vitality, that aliveness that you get stepping out into a brisk cool day where all your senses come alive. Maybe you feel your nose freeze a bit.

‘I think for a lot of us what we love about winter is the cosiness of being inside and the contrast of the warmth we find in our homes and with people we love.’

The lesson here: yes, winter people are real, they exist, and there’s scientific backing as to why.

But also, summer people can learn from their ways to make the colder, darker months a little more bearable.

Appreciate the good, look for the potential for joy, and if all else fails, make the most of getting hygge under some blankets.