The “Good As Gold” singer, 37, walked down the aisle to a James Kennedy remix of Israel Kamakawiwo’ole‘s “Somewhere Over the Rainbow” to marry the fitness trainer at the Dreams Natura Resort & Spa in Cancún on Tuesday, August 23. Shay wore three different ensembles designed by Pol Atteau for the big day and the couple’s 16-month-old daughter, Summer Moon, wore a matching look to serve as the flower girl.

Several of the reality TV personality’s Vanderpump Rules costars were members of the bridal party, including bridesmaids Ariana Madix and Raquel Leviss, and groomsmen Tom Schwartz and Tom Sandoval.

After watching the newlyweds exchange vows, guests enjoyed blush-colored specialty drinks — to match the overall theme — and carrot cake before kicking off a night of dancing. Shay subsequently changed into an Atteau-designed mini dress.

Fans watched the Australia native propose to Shay on season 9 of Vanderpump Rules. Their special moment soon became a topic of conversation when they revealed that they had considered exchanging vows during the same weekend that Kennedy, 30, and Leviss, 27, held their engagement party. They later split. 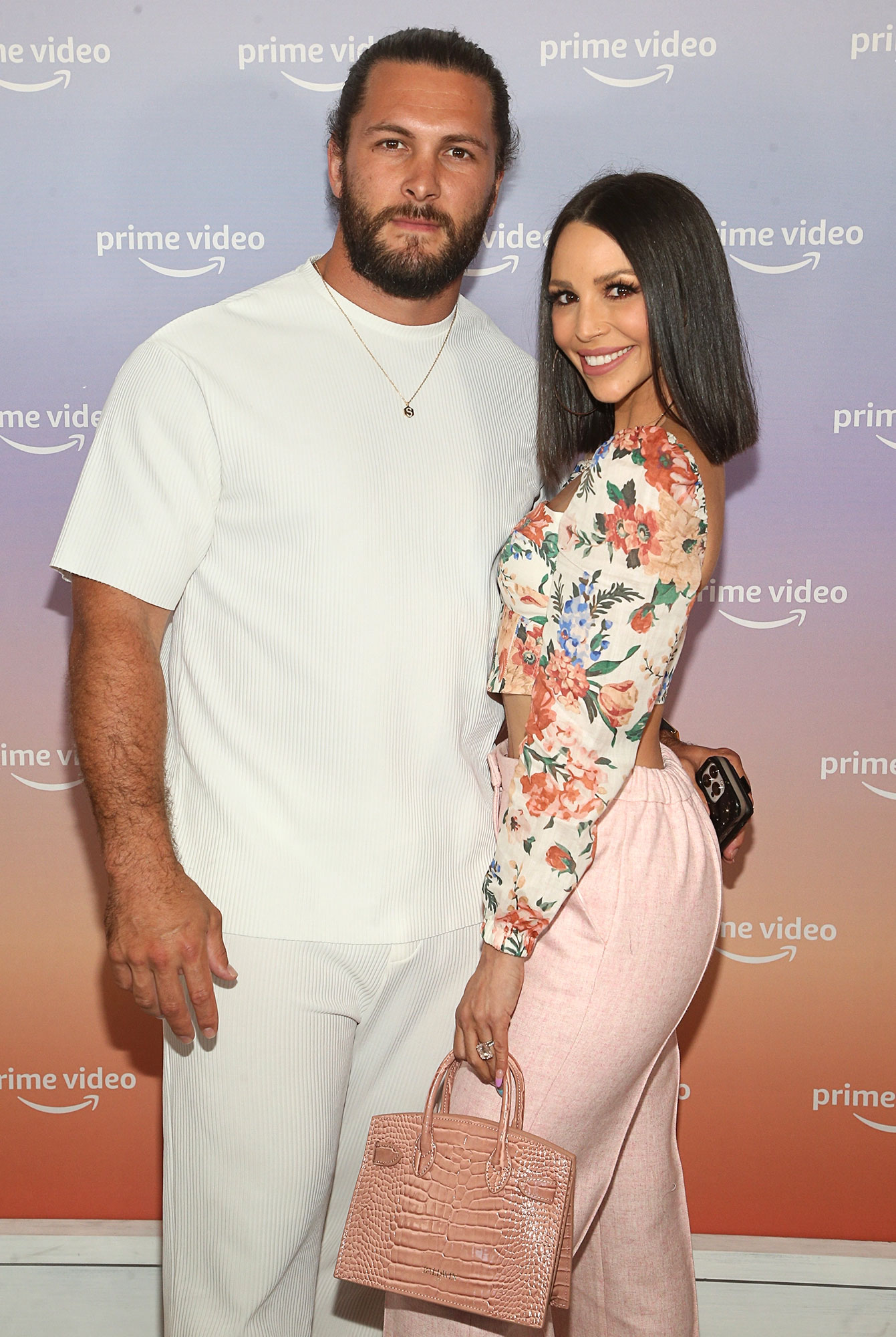 In addition to the SURvers who were part of the wedding party, several more of Shay’s current and former castmates turned out to celebrate her big day, including Kristen Doute, Brittany Cartwright and Jax Taylor.

In February, the “Scheananigans” podcast host told Us that they were hoping to invite all of her costars to the wedding. “We’re just figuring out where and when, and then who to invite and not invite because we do wanna keep it smaller. Keep costs down,” she told Us at the time. “But it’s really hard to cut people. I have [a] very large family. We have a ton of friends, so hopefully, people don’t get offended if they don’t get invited. They understand that we’re doing this for us.”

Last month, Davies confirmed that they had sent their fellow Bravo personalities invites. “We’ll see how the next week goes,” he told Us exclusively at the time. “There’s always drama.”