Which is stronger? TikTok doctor pits breast implants again bottom implants by trying to smash them with a hammer and crush them in a door

A social media doctor has wowed TikTok users by revealing whether breast implants or bottom implants are more durable – with a series of tests.

Dr Anthony Youn, 48, from Detroit, shared the results of his experiments with his 7.3 million TikTok followers, after trying to destroy a saline-filled breast implant and a silicone butt implant in various ways, including smashing them with a hammer. 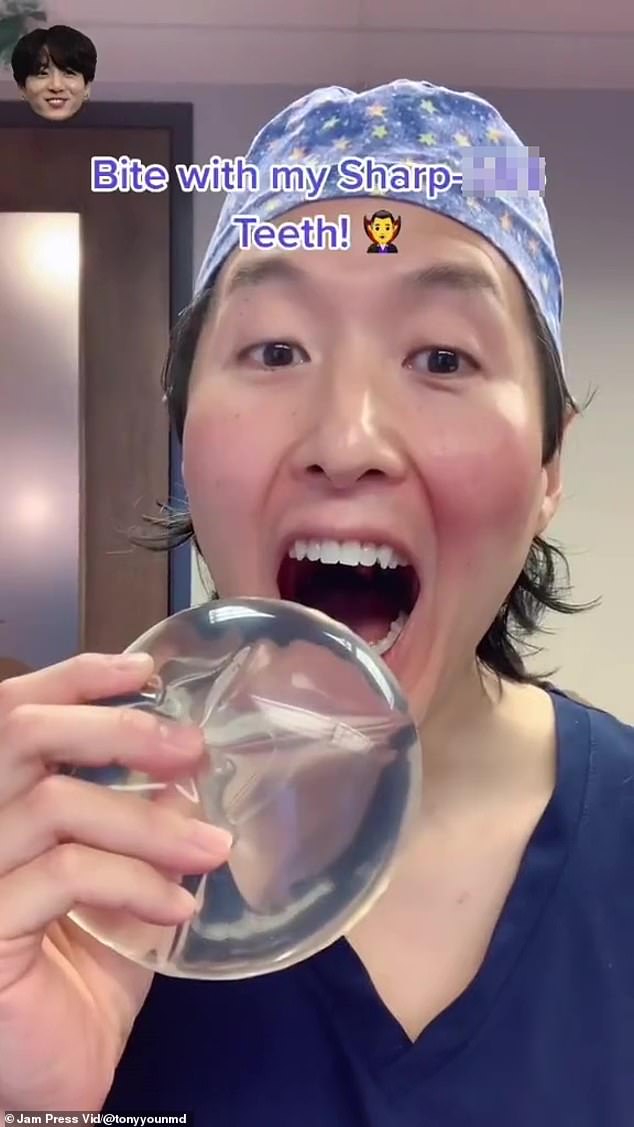 Dr Anthony Youn, a plastic surgeon and popular YouTuber, tested which implants were stronger out off bum and chest implants for it 7.3 million TikTok followers 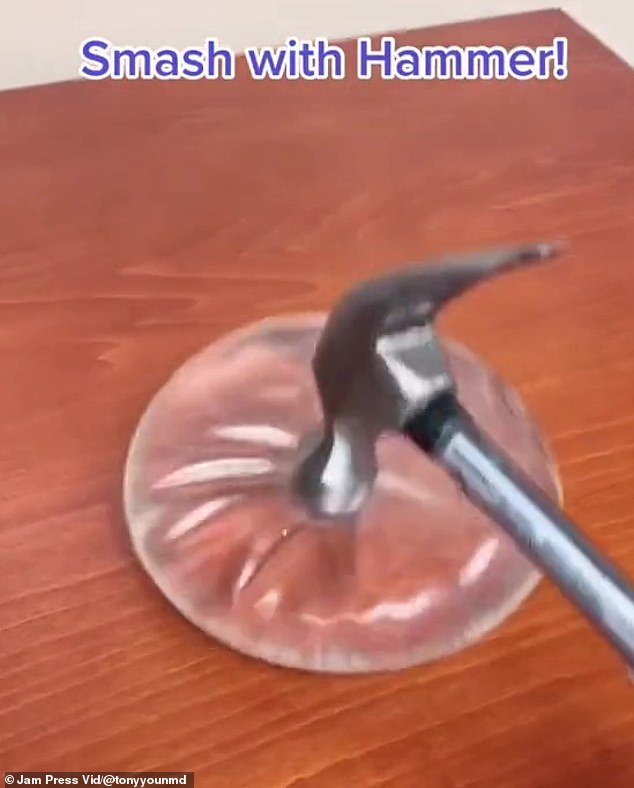 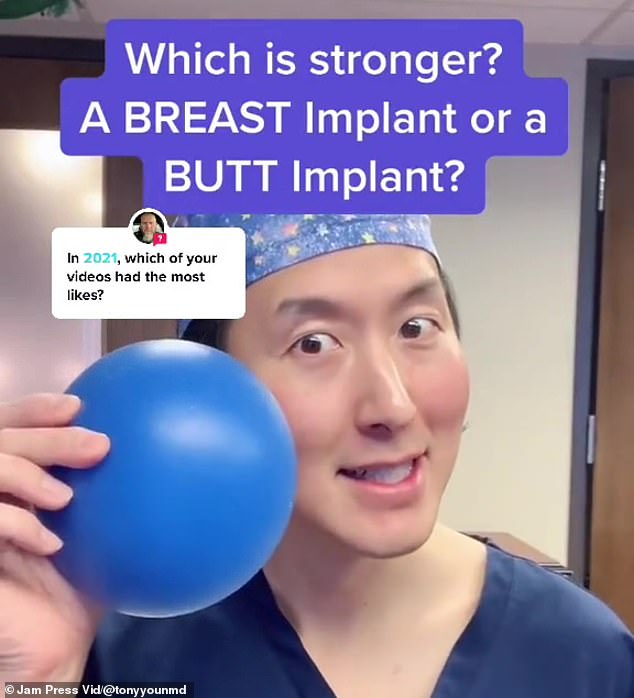 Reflecting back on his year of TikTok content creation, the Anthony revealed that the implant smashing video was his biggest hit 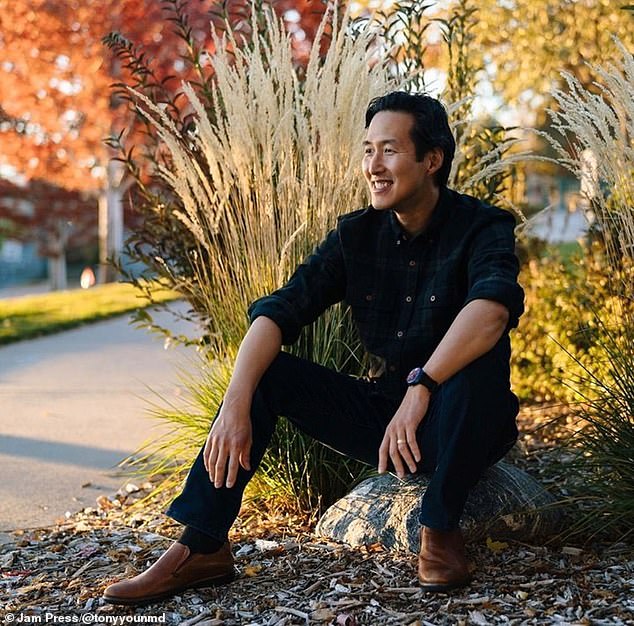 He performed the durability test, by biting the implants with his incisors – but to no surprise, the two implants tied once again

He began by crushing each implant with his heel and discovers that both implants were equally durable.

Dr Anthony then hit each implant with a hammer, before slamming them both in a door – but both withstood the tests.

Finally, he performed the ultimate durability test, by biting them with his ‘sharp a**’ teeth – but they both remained intact once again. 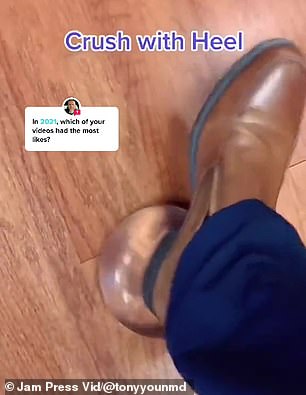 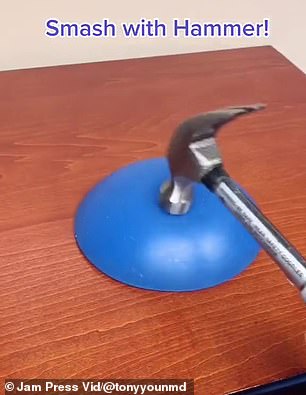 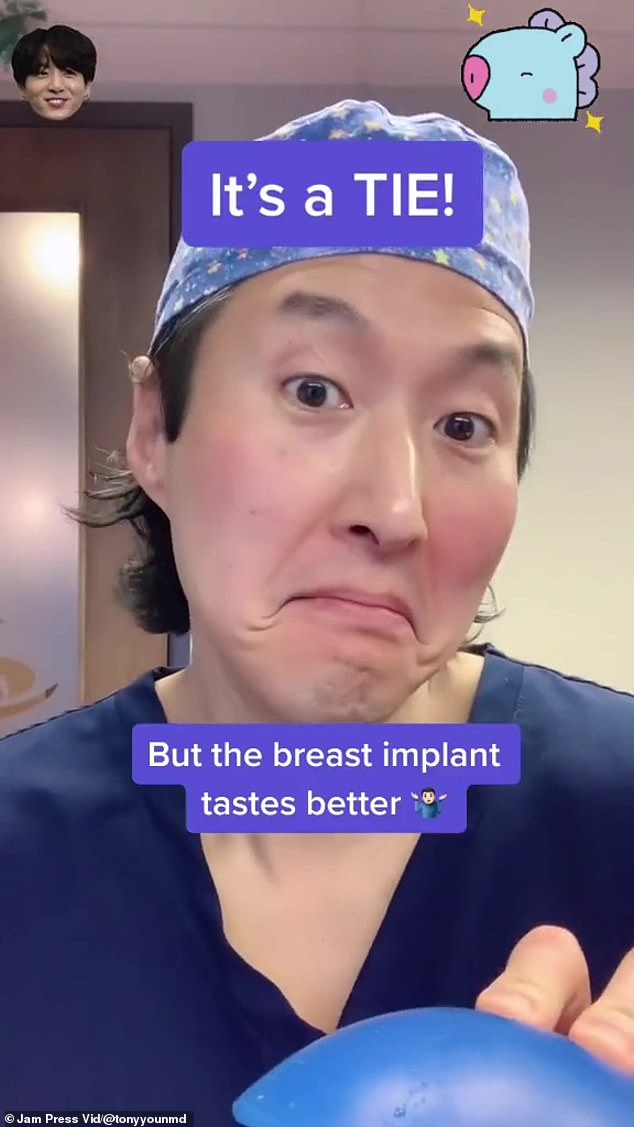 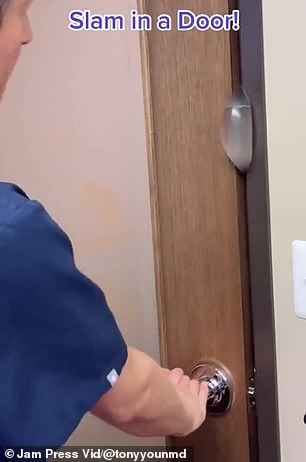 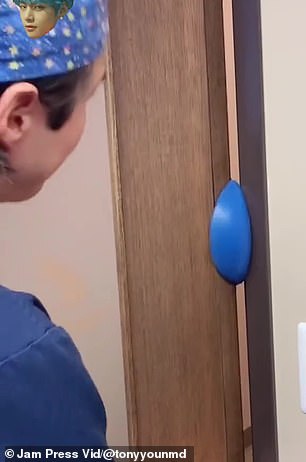 One person commented: ‘Kim Kardashian must be a tank at this point.’

Another viewer added: ‘They basically the same just for the opposite ends.’

Although others weren’t too keen on the idea of implants, with one viewer commenting: ‘I wouldn’t be able to stand having something that isn’t supposed to be in my body I would always feel off.’

Another viewer commented: ‘I guess I can’t trust doctors now when they say they don’t bite,’ followed by a smirking face emoji.