Tackling it together! Todd and Julie Chrisley teamed up to lose weight, and the results of their partnership speak for themselves.

Celebrities’ Weight Loss: Before and After

“Todd and I are on the Better Together plan with Nutrisystem,” Julie, 49, exclusively told Us Weekly on Tuesday, January 18. “I have been a partner with Nutrisystem for several years now, and I am down officially 30 pounds. It has been something that has taken time. It has truly been a lifestyle change for me because I love to cook and I love to eat. But Nutrisystem fit into that lifestyle for me because the food’s great and because it works and because it’s easy and it’s convenient. When Todd saw the results that I was getting, he decided to join the partner plan with me.”

Todd, 52, always prided himself on maintaining his figure, but after battling COVID-19 in 2020, he faced a setback. 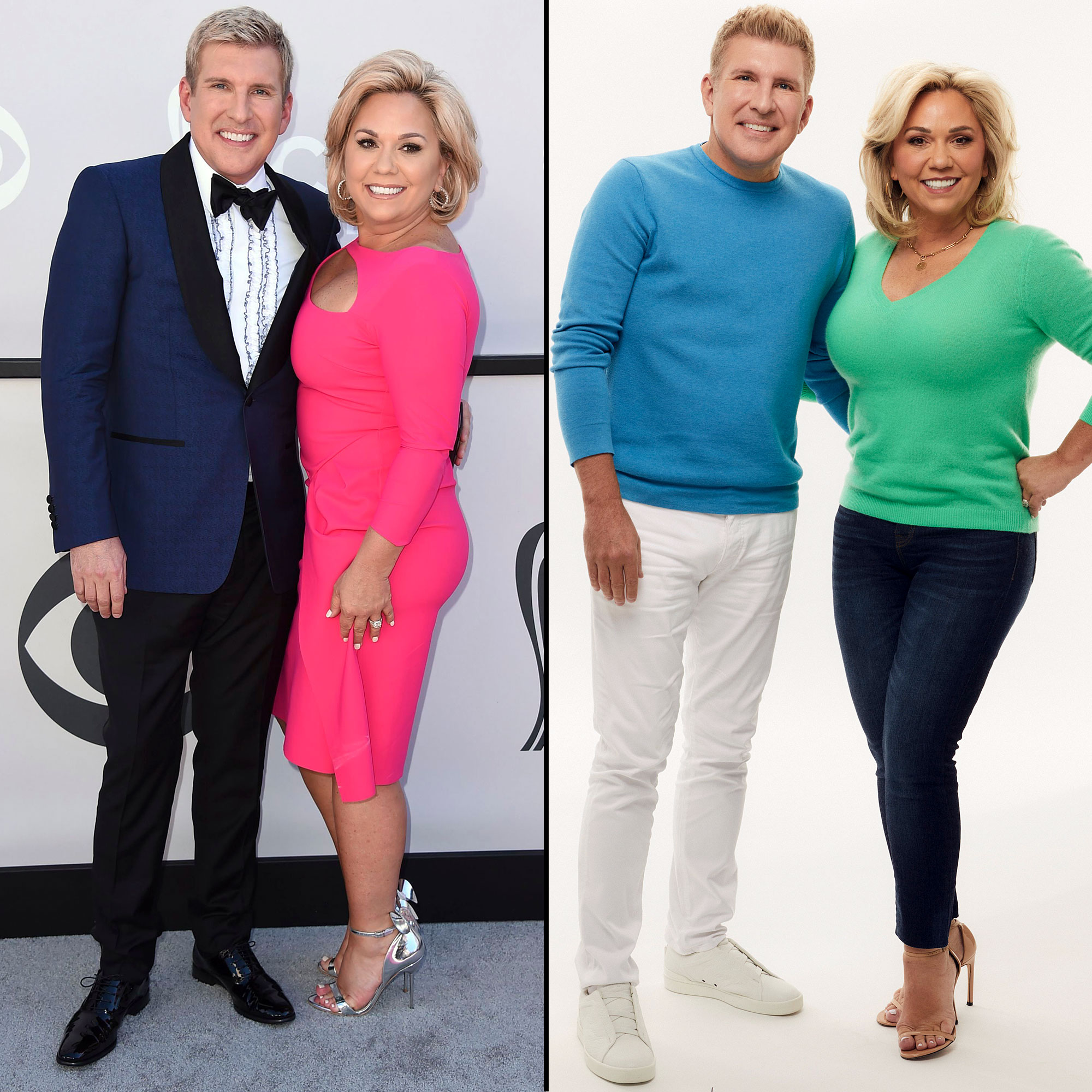 “I’ve always been the most fabulous of the family anyway, so when I saw Julie kind of encroaching upon my lane, I was like, no, I’m gonna get on this partner plan with Julie, with Nutrisystem,” he explained. “I had put on about 18 pounds, I think it was, during COVID. And if you watch Chrisley Knows Best, then everyone knows that I’ve always been proud that I was the same size that I was when I finished high school and that had never changed. COVID did more about my weight than it did my overall health. It screwed up my metabolism, but now Nutrisystem has helped me get that back.”

Now, Todd has surpassed his weight loss goal. “I think that Julie and I’ve always known we’re better together, but we are better at this weight thing because we have accountability to each other,” he added. “I think that with the partner plan and with what Nutrisystem put us on that we’ve been very successful with it ‘cause I’ve lost 18 pounds. I’m now actually down two-and-a-half pounds less than when I graduated in 1986.”

Stars Who’ve Hit Back Against Body-Shamers

Julie, for her part, pointed out that the benefits of the couple’s health journey go beyond appearances.

“I think for me there’s not a specific number [I want to reach]. There’s kinda where I want to be, and I’m not quite there yet and that’s OK,” she told Us. “Because again with Nutrisystem, it’s something that works with you and that you can go out to dinner and you can have a cheat day and then you get right back on it and you still see results. And that’s why for me — because I had tried other things in the past and I didn’t see any result, but I also think I wasn’t sticking to the plan. So Nutrisystem just makes it easy. And at this point in my life, that’s what I need. I need easy. I need things that I don’t have to think about. I can grab and go. I can have a meal prepared in five minutes or less and I don’t have to think about it.” 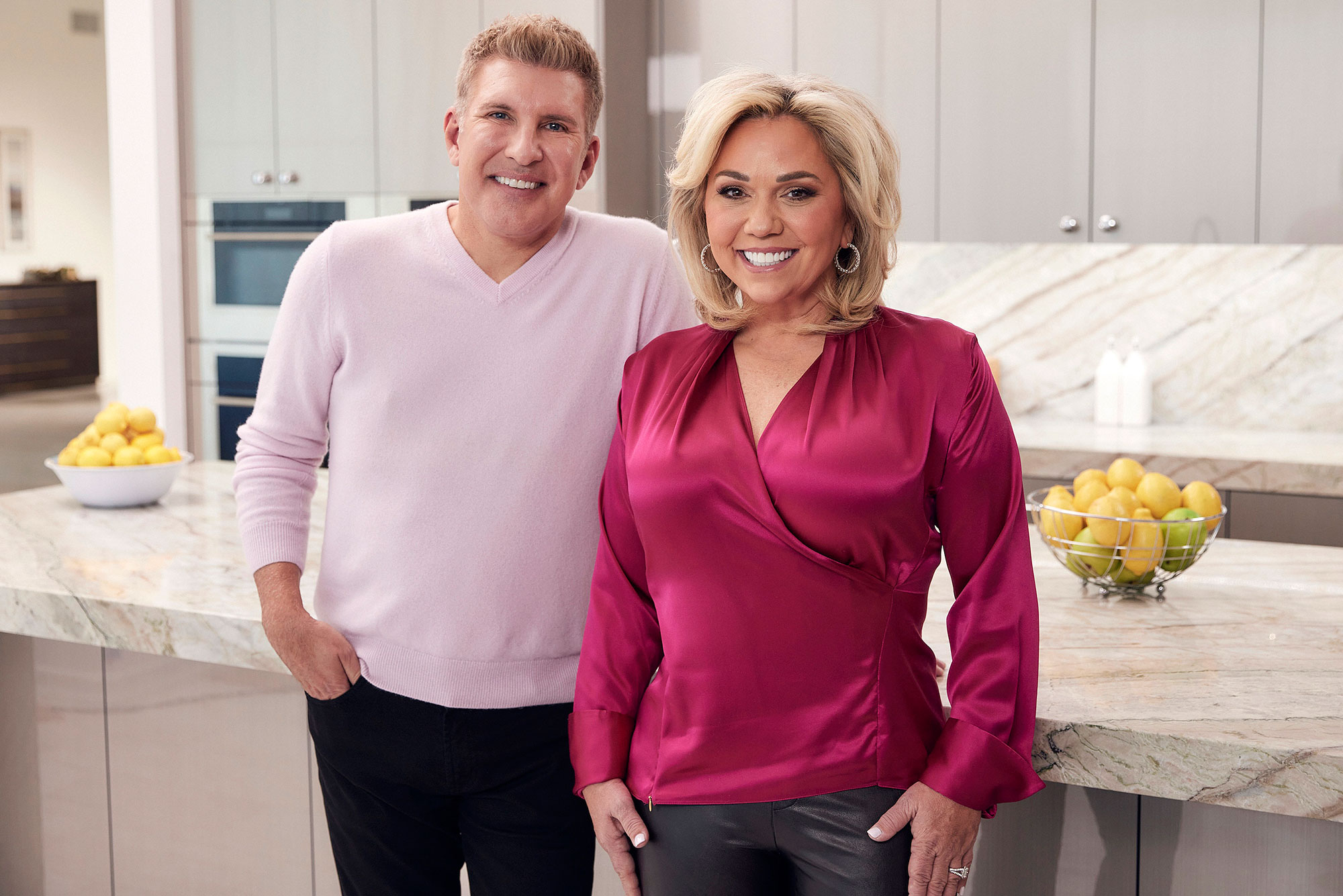 The Chrisley Family: Who Savannah and More Are Dating

As for Todd, he enjoys telling Julie — with whom he shares son Chase, 25, daughter Savannah, 24, and son Grayson, 15 — about his achievements. “I think that, for me, it’s always been about a number,” he revealed. “I literally am driven by numbers and results, and I would literally take a picture of my number on the scale so I could send it to her ‘cause she wouldn’t let me watch her weigh.”

However, there is one drawback to the partner plan. “I’ll just tell you upfront — [I’m at] 172.3. I was 175 in high school, so I am at a number that I’ve never been at since before I became 175,” Todd divulged. “With that being said, I’m not about dieting ‘cause I don’t wanna restrict myself. But with the Nutrisystem plan, I found that I didn’t have to. I mean, at the end of the day, the only downside to Nutrisystem is that I actually know how to fix it myself, which is something I’ve never had to do. And now Julie knows that I know how to do it myself and she’s decided that I need that kind of independence.”

The Nutrisystem ambassadors, who tied the knot in May 1996, are now encouraging others to lose weight together as part of the company’s Better Together Week from January 17 to 24. Nutrisystem also launched the $100,000 Better Together Partner Plan Giveaway to give people, specifically partners, the extra push they need to get started, motivate each other and achieve their weight loss goals as a team.