Tori Spelling wishes she’d slept with Ryan Seacrest: ‘I would’ve been dating up’

Tori Spelling blamed the media Friday for her pregnancy prank on April Fools’ Day — which got ripped by online commenters for being insensitive to couples who have lost babies or can’t have kids.

“Every week, magazine and press outlets ask if I’m pregnant. To set the record straight, I am not,” she said in her lengthy explanation, which was posted to Instagram a day after Spelling got stiff blowback for falsely announcing she was expecting her sixth child.

“The fact is, after my fifth baby, my body didn’t bounce back like it had before. That’s when the constant questions of ‘yet another’ pregnancy first began.”

The former “Beverly Hills, 90210” star added that if you’re not in the “public eye,” it’s hard to understand what if feels like to be publicly body shamed.

“I feel like I have to constantly defend my body when instead, I should be honoring it for the miracle of life it gave me five times,” she continued.

Spelling, 47, immediately got blasted by commenters for her bogus baby news.

“I hope this isn’t an April fools joke because that’s in such poor taste for those of us who have lost babies,” commented one follower.

“If this is an April Fools joke you’re gonna get so roasted,” noted another.

In her note, she added that she would “never intentionally poke fun at losing a child or not being able to carry one,” but she simply wanted to “turn the tables” on the press.

“They constantly create wild and often hurtful stories about me, my body, and my family,” she went on. “For those of you that are hurt, I hear you. I love you. I welcome your stories and I will try my best to be there to support you.”

While many people commented in support, others were not as sympathetic, with one person suggesting she could’ve “punished” the press a different way.

Her husband, Dean McDermott, shot back, “And how would you suggest she do that, since you seem to be an expert in Public Relations??” 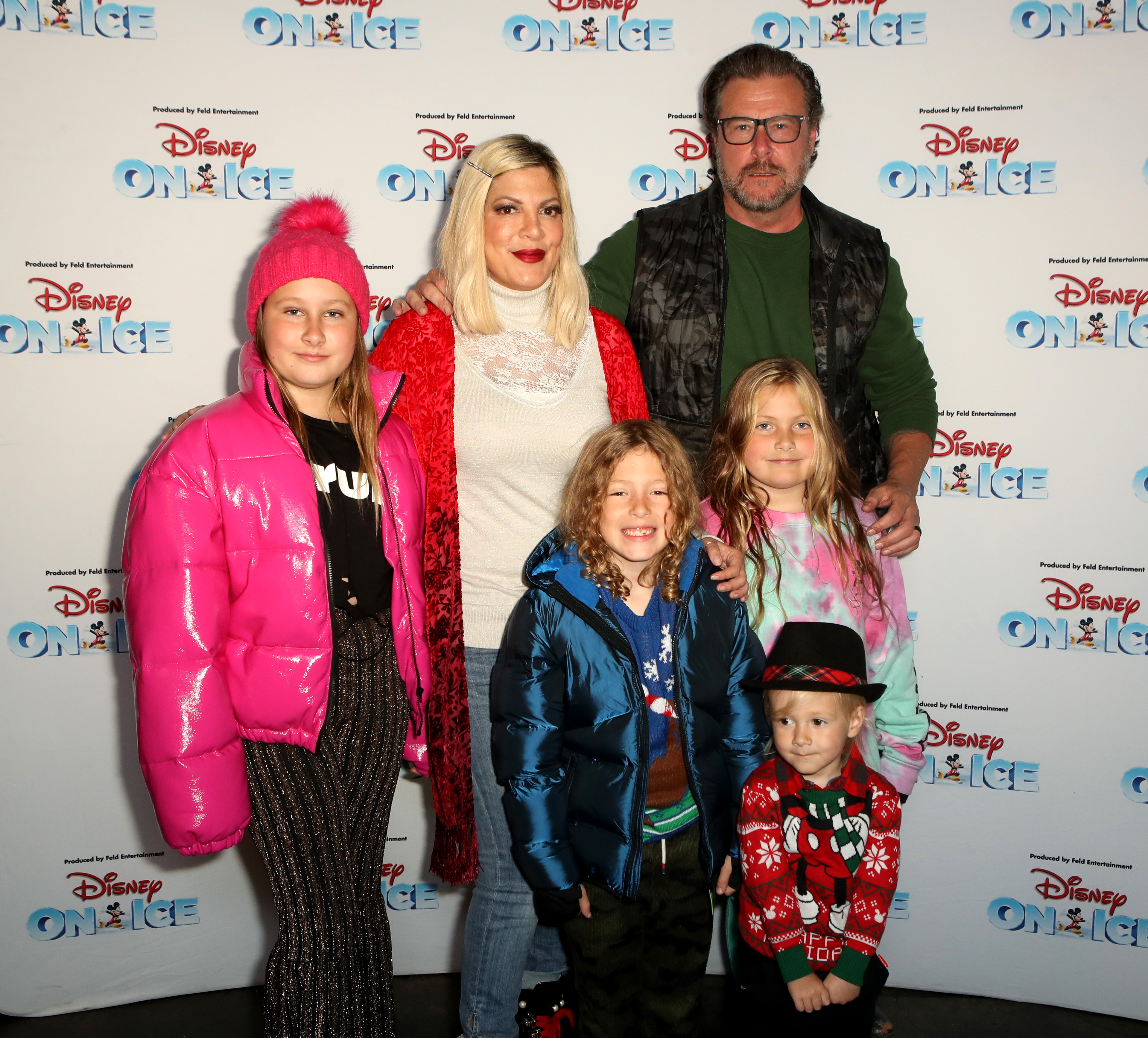 The couple are parents to daughters Stella and Hattie and sons Liam, Beau and Finn. McDermott is also father to son Jack from a previous marriage.

After giving birth to son Beau in 2017, Spelling said she’d be “open” to having another baby.

“All my kids have their little pair, so I would be open to one more,” Spelling told People, adding with a laugh, “Hey, if people call you the Brady Bunch, you have to complete the Brady Bunch.”

She added, “I forgot how much I loved being pregnant. I love the connection. You are never alone.”