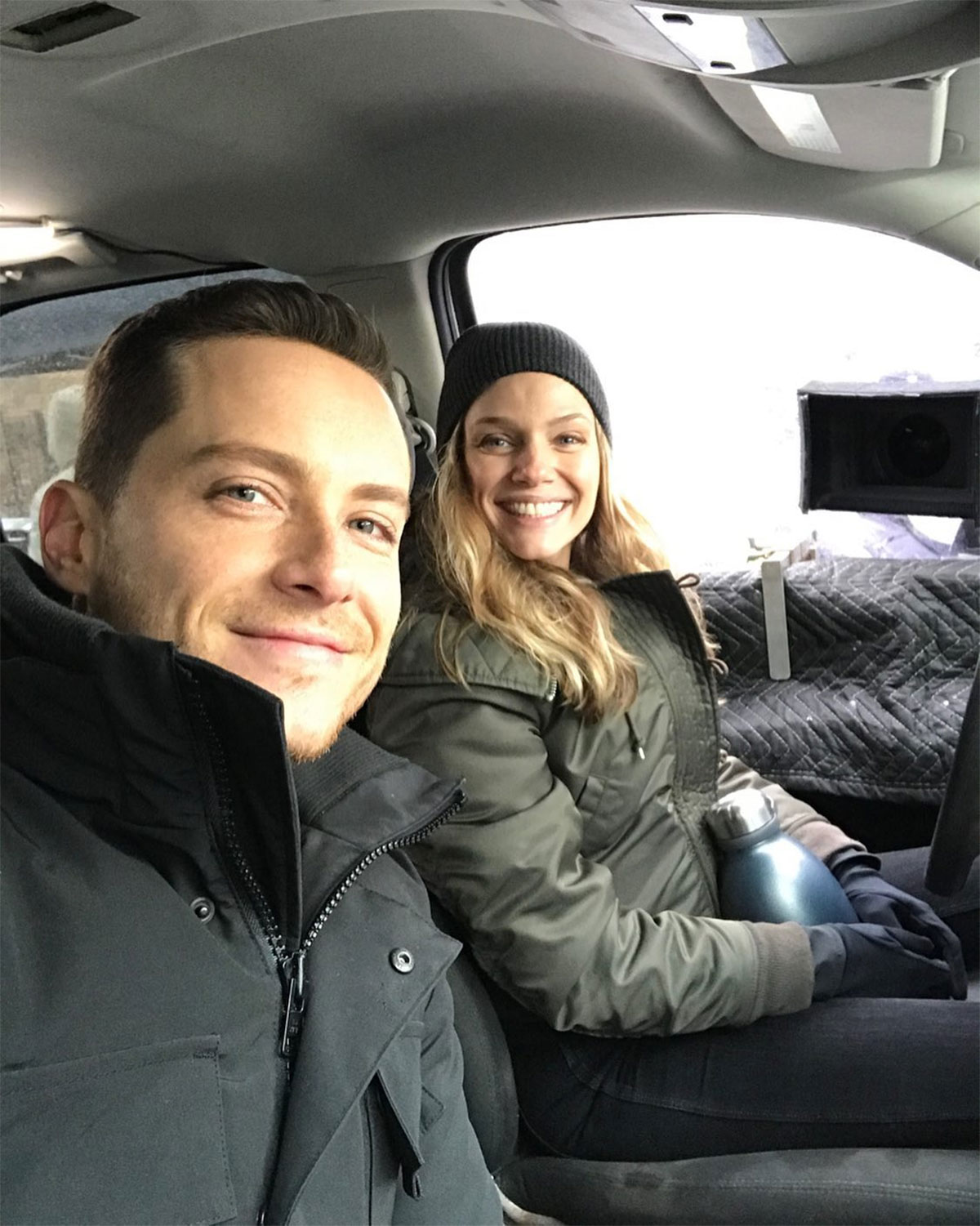 The Chicago P.D. world won’t be the same. Tracy Spiridakos is weighing in on costar Jesse Lee Soffer‘s impending exit from the series.

All the Most Memorable One Chicago Couples

“I guess the word is out there. Jesse, what can I say, you’re the absolute best,” the 34-year-old actress wrote via Instagram on Tuesday, August 30, after her 38-year-old costar announced his departure. “Thank you for your kindness, your guidance and your friendship. You’re the greatest onscreen husband a girl could ask for.”

Spiridakos continued: “I’ll miss being on set with you every day. I can’t wait to see what the world has in store for you next. #upsteadforever.” 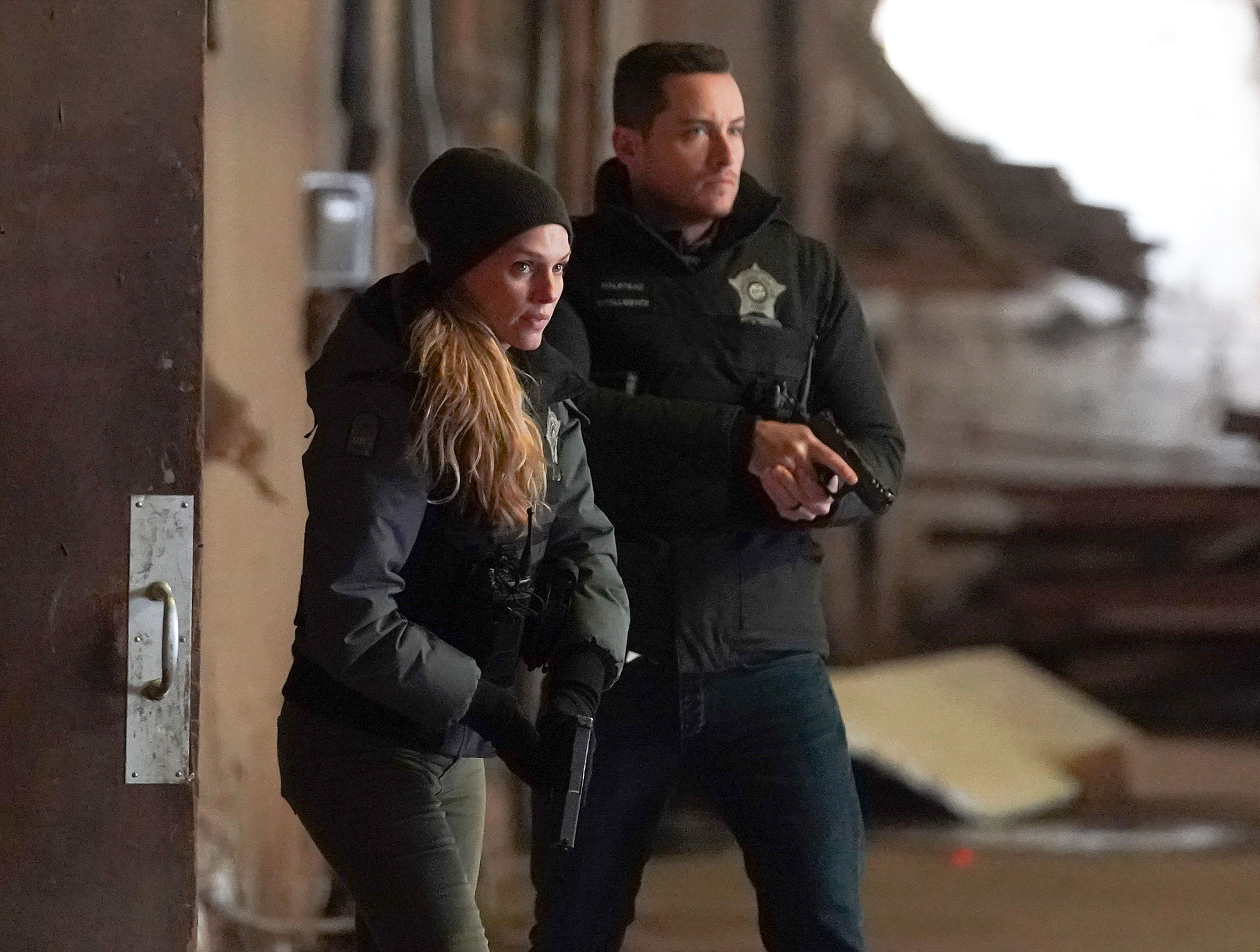 The Canadian actress, who plays Hailey Upton on the NBC series, shared a selfie with Soffer from set. The former soap opera star has portrayed Jay Halstead since the show’s 2014 premiere and confirmed on Tuesday that season 10 would be his last.

Shocking TV Exits Through the Years

“I want to thank the incredible fans for their unwavering support during the past 10 years and want to express my deepest gratitude to Dick Wolf and everyone at Wolf Entertainment, Peter Jankowski, Matt Olmstead, Derek Haas, Michael Brandt, Rick Eid, Gwen Sigan, NBC, Universal Television, my fellow castmates and our incredible crew,” he noted in a statement to Variety. “To create this hour drama week after week has been a labor of love by everyone who touches the show. I will always be proud of my time as Det. Jay Halstead.”

The Emmy nominee went on to address the news via Twitter, writing, “This is sad but true. Just want all the fans to know how grateful I am. You guys are why we do it! It has been an honor. Love you all.”

Earlier this month, Soffer revealed that he and Spiridakos were back to work on the crime procedural. He uploaded a selfie with his onscreen love interest, who joined the series in 2016 during season 4, and guest star Benjamin Levy Aguilar, who was upped to a season regular ahead of season 10. 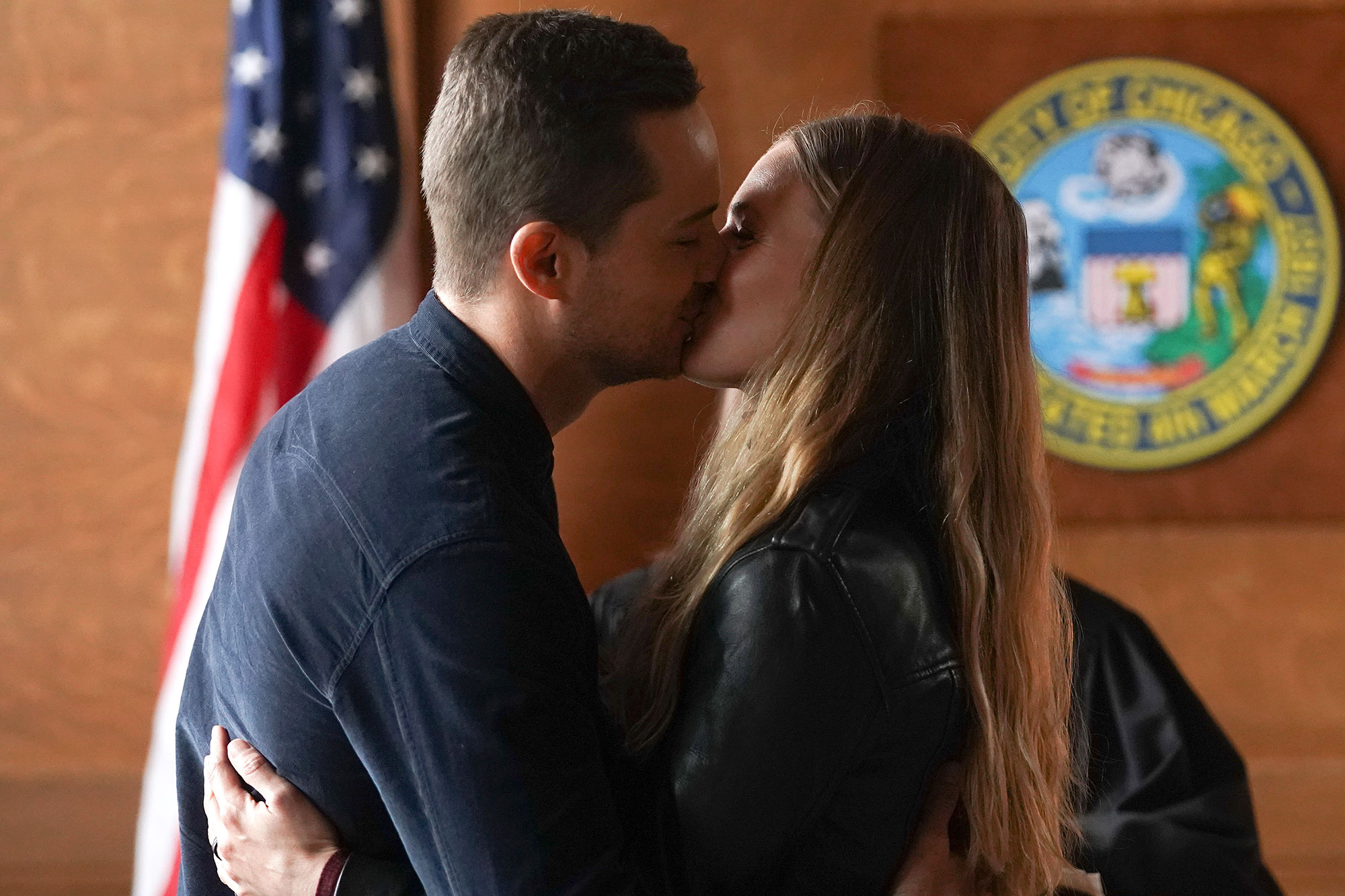 The As the World Turns alum previously gushed about his scene partner in December 2021 after fans watched Upstead tie the knot in a courthouse wedding. “That all felt like the next natural step. The two characters have been talking about getting married since, I think, the end of last season,” he told Us Weekly exclusively in December 2021. “Getting over all of these road bumps … It was like, ‘OK, we’re, we’re past all this, and we’re still here. F–k it, let’s do it!’”

One Chicago: A Guide to How Dick Wolf Characters Are Related

Soffer said that marriage was “an afterthought” for the couple. “The next episode starts day one after that night or a couple of days after and they’re wearing the rings and someone’s like, ‘Did you guys get married?’ And they’re like, ‘Yeah, anyway. What’s this case about?’” he teased. “Are marriages on a TV show easy? No. Is the marriage going to affect work and is work going to affect the marriage? Yes, probably.”

The episode wrapped up with a steamy love scene, but the NYU alum wasn’t fazed by the “intense” moment with Spiridakos. “We’ve been playing partners and love interests for so long, that it’s second nature,” Soffer told Us. “Also, I was on a soap for a while and she’s worked a ton! It’s like, ‘All right, sex scene? Got it.’ It’s been easy. She’s a great scene partner to have.”