Trainee doctor, 25, who was left paralysed when a man leapt from the top floor of Westfield shopping centre and crushed her insists ‘he’s not part’ of the story of her life and she goes months ‘without thinking of him’

A trainee doctor who was left paralysed by a man who leapt from the top floor of a London shopping centre has revealed that she doesn’t have any anger towards him and wouldn’t have cared if he didn’t go to prison – adding that ‘he’s not a part of her story’.

In her new Radio 4 interview series Life Changing, Jane Garvey spoke to Grace Spence Green, now 25, who was walking through the atrium of the Stratford Westfield shopping centre in October 2018 when Amsumana Sillah Trawally, then 25, from East London, fell from several storeys up and landed directly on top of her.

She woke up hearing screams and slowly realised they were her own – before urgently telling those around her that she couldn’t feel her legs.

Grace was left seriously injured with a fractured spine and spent weeks in recovery in hospital, many of those nights desperately trying ‘so hard’ to wiggle a toe, many of the days learning the new skills of navigating life in a wheelchair and coming to terms with her new reality.

The man, who was jailed for for four years after admitting causing grievous bodily harm, vaulted a third floor barrier at Westfield Stratford and fell from a height of around 120ft while high on drugs in October last year.

But while everyone around her was full of opinions and fury about what had happened to her, Grace has told how she has never felt any ‘anger’ towards Amsumana – and wouldn’t have cared if he didn’t go to prison. 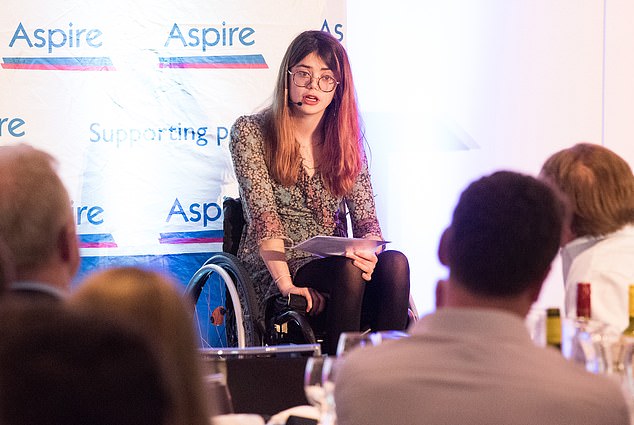 Grace Spence Green (pictured), now 25, was walking through the atrium of the Stratford Westfield shopping centre aged 22 when Amsumana Sillah Trawally, then 25, from East London, fell from several storeys up and landed directly on top of her 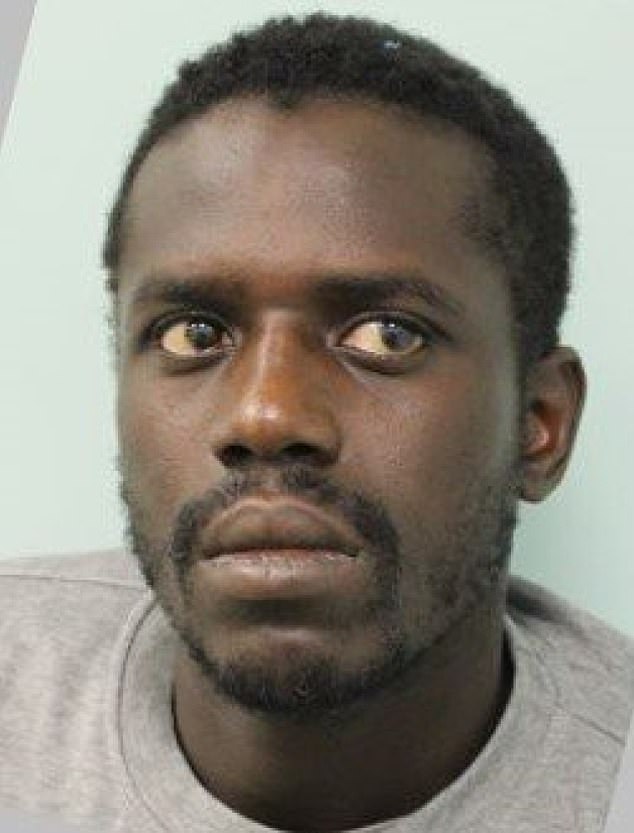 Amsumana Sillah Trawally, 25, from East London was jailed for for four years after admitting causing grievous bodily harm while high on drugs

‘I don’t have any anger,’ she explained. ‘A complete absence of anger and people find that hard to understand. It makes me almost second guess myself. Is there something wrong that I don’t feel this anger that everyone else does – that I’m not out for revenge?

‘I’ve thought about it over the last two years and I think if I had any anger directed at this man, I think I’d just feel miserable because it’d just turn into this bitterness. You can’t do anything with that anger. I much prefer anger that I can motivate me to make change or to do something.’

‘I just don’t have any anger. I just feel like our lives collided – figuratively and literally – and they separated. I go months without even thinking of him.’

She added: ‘After a while I thought I wouldn’t have even cared if he didn’t go to prison because he’s so not a part of my story and my life.’

Recalling her childhood, Grace told how it involved ‘lots of adventuring’ and she would often go to Turkey and Australia.

‘I got into climbing when I was about eight-years-old and I just became obsessed,’ she explained. ‘ It just became my thing and became such a huge part of my identity and I did it competitively. 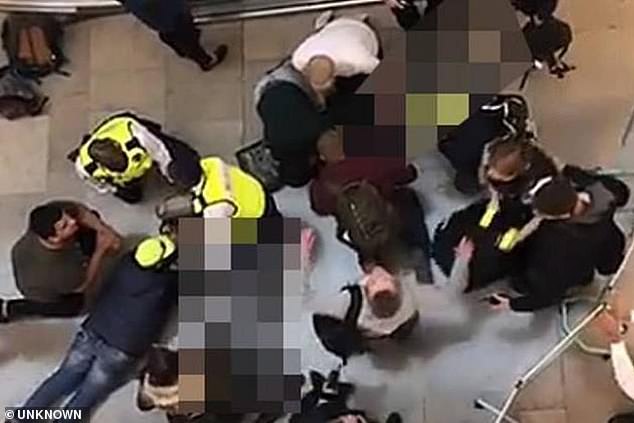 Grace was struck on October 17 2018 year, suffering ‘catastrophic’ injuries after being left paralysed by man jumping from top floor of Westfield (pictured)

‘I was under 18 youth girl’s champion in 2012 – it was a huge part of my life. It was something I was really good at, I loved and I loved coaching kids climbing. I started doing that when I was about 17.’

She went on to explain how her passion to become a doctor grew as she became older – adding ‘it just really spoke to me.’

But Grace had just finished working at her work placement at a women’s health centre in Maidstone, Kent when things suddenly took an unexpected turn.

‘I’d been living my perfect life from the year before,’ she said. ‘I’d been living on a boat with my partner, just finished my Masters, so things were looking really positive.’

She was travelling with a friend back to London because she was supposed to be coaching kid’s climbing that evening.

‘My wanted to go shopping so we drove to Westfield and I was going to get the tube from there,’ explained Grace. ‘We parked and went down the escalators, and looked at the map there for a brief second.’ 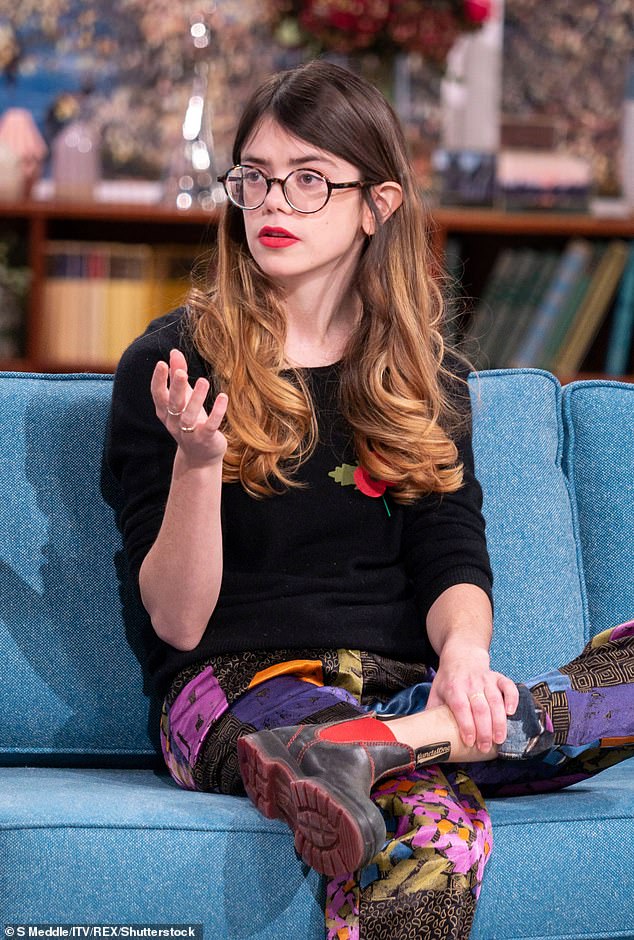 The trainee doctor (pictured, on This Morning in November 2019) woke up hearing screams and slowly realised they were her own – before urgently telling those around her that she couldn’t feel her legs

‘We walked through the main atrium on the ground floor, said goodbye to her at the escalator as she was going up, and it felt like I was walking for a couple of seconds and then I suddenly woke up.’

She continued: ‘It was the most surreal, bizarre experience. I can’t describe waking up when you thought you were already awake. Because it was Westfield and state-of-the-art, all I could see was this brilliant white light. It felt like I was in a dream or in heaven or something.’

Radio host Jane went on to explain how Grace realised she could hear screaming – but became aware it was her who was making that noise.

‘Apparently I was out for about eight minutes,’ said Grace. ‘My first thought was this brilliant white ceiling, then my second thought was, ‘oh my god I can’t feel my legs.’

‘It really did feel like that movie scene you see. Then, as you say, I realised I was the one screaming. I remember screaming to the police officers nearby me screaming, ‘I can’t feel my legs.”

‘I was desperately trying to tell them something was wrong. It was the absence of feeling that was the shocking thing. It was like my legs just ceased to exist. I always describe it as like when you unplug a cord. It felt like i’d been unplugged from half of my body.’

She continued: ‘I remember having this feeling someone was nearby, lying on the ground. I remember really clearly a woman telling the person, ‘you’ve fallen from a great height.’ So from as early as that, I could really piece together someone had fallen on me.’ 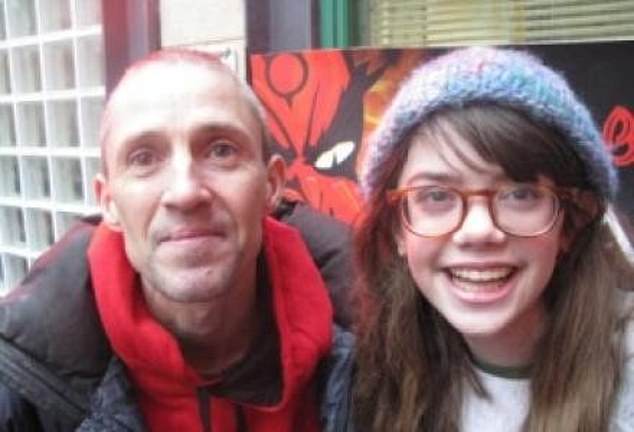 Grace was a keen climber before the accident. Pictured, with top British climber Steve McClure

Grace was rushed to King’s College Hospital where she underwent eight hours of spinal surgery, before being referred to a specialist rehab centre two-and-a-half weeks later, where she remained for 10 weeks.

‘That’s where reality kicked in – this is me now,’ Grace explained. ‘I have been injured and it’s a permanent injury.’

‘That was the other thing I found difficult. A lot of other people with spinal injuries, it’s due to scaffolding, car or motorbike injuries or falls, and then there was me with this sensational story that everyone wanted to hear about.

Everyone had their own opinion on and that was really difficult. I was trying to figure out how I felt about it.

‘Most of the time people were like, ‘Oh god I can’t believe he did that to you.’ What I struggled with, was it was then completely focused on this man that jumped. It wasn’t about me.

‘I even had nurses tell me, ‘I would’ve killed him if he did that to me.’ I found it so frustrating this sort of anger they had with this man because I thought, ‘you have no idea what you’d do in this situation because it’s such a bizarre situation to happen.”

Grace went on to say that not once, even at her lowest point, did she ever think she’d give up her medicine career.

‘As soon as I woke up in the high dependency unit, a couple of days after my big operation, the first thing I asked was, “can I still be a doctor?” Having that guarantee, I think that got me through it – knowing I’d go back to medical school the next year.’