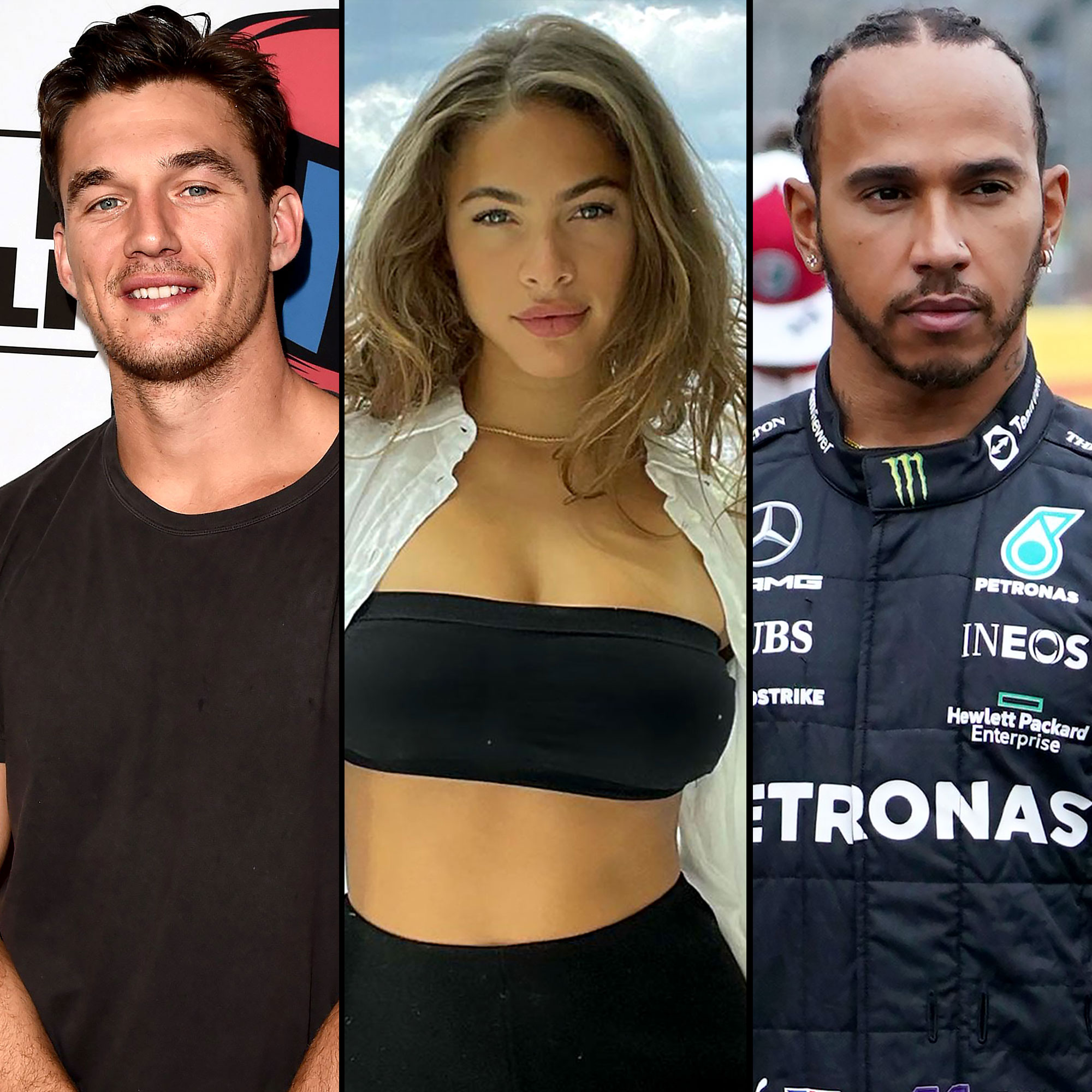 Has she moved on? Model Camila Kendra broke up with Bachelor Nation fan favorite Tyler Cameron earlier this month, and the rumor mill is already speculating about a rebound romance.

“Camila and Lewis are absolutely not dating. They are just friends and nothing more,” her rep said in a statement to Us.

Kendra sparked relationship speculation after she posted some sexy photos on Instagram. Fans quickly claimed that she was at 36-year-old Hamilton’s house because trophies were seen in the background. In another photo, Kendra appeared to be wearing a plaid shirt that Hamilton, who dated Nicole Scherzinger for eight years until 2015, had also been photographed wearing.

However, a source told Us that the photos aren’t recent. The plaid shirt snap was taken a while back when she was in Kentucky, and it’s actually Cameron’s shirt. They were still together when she took the pic.

The insider also said that her visit with Lewis was alongside her ex. She was with Cameron, 28, as well as her brother when they saw each other. “She was not staying alone with Lewis at his house,” the source added.

While the two have mutual friends, the insider emphasized, “There is no interest in Lewis from Camila.”

Kendra and Cameron were first publicly linked in January, but an insider told Us earlier this month that Kendra ended the romance with the You Deserve Better author.

“Camila broke off the relationship,” the source exclusively explained. “It was time for her to refocus on her own very lucrative career.”

The Miami-raised model has worked with major brands like Fenty and Jeffree Star Cosmetics, and she travels the world for photoshoots. After breaking up with the Barkitecture host, an insider said she was vacationing with her family in Rome before heading to London for work.

“Things were going well until they weren’t,” a separate source told Us following the breakup. “Friends were surprised things ended so quickly.”

As recently as July 27, the former reality star appeared perfectly content with the relationship. He even gushed about their instant connection on their first date while on Watch What Happen Live With Andy Cohen.

“We went to a restaurant, and we sat there, we just talked for hours. We couldn’t even look at the menu, so I just told them, like, ‘Bring whatever.’ We just talked, hung out. We sat there for four hours. I had a great night,” Cameron revealed at the time.