Since the Andrews government’s handling of the coronavirus went to hell six months ago, more than a few people on all sides of politics have wondered if they were witnessing a repeat of Victorian politics of the early ’90s.

That was a horror show, like watching someone wearing thongs trying in vain to walk to the top of a mountain of loose gravel. Tram workers blockaded the city for weeks in a dispute over a new ticketing system, the State Bank had to be sold, a building society collapsed, John Cain was forced to hand over as premier to Joan Kirner, and a harsh recession arrived, pushing the state deep into the red. 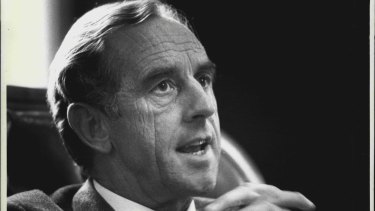 Every week towards the end of the Cain Government brought bad news. The state eventually went into recession.Credit:The Age

Every week seemed to bring bad news and it was clear by the end of 1990, with two years left to run to the next election, that the state Labor government would not be able to find a way to get out of its troubles. Nothing it did worked. Public animosity towards the government was immense. Many voters were terrified by the state’s budget woes. The government was headed for a thrashing and that’s what it got in 1992 at the hands of Jeff Kennett’s Liberal-National coalition.

The Andrews government finds itself also with two years before it faces the voters. It must cope with a recession too, while being brought to account for a profound failure of administration and governance with its disastrous hotel quarantine program.

The government must accept that the bad economic conditions are, at least in part, down to its mistakes alone. Its own figures suggest that about one in four of the 270,000 jobs lost in Victoria during the pandemic were shed during the dreaded second wave of transmissions that all but shut down the state for months. 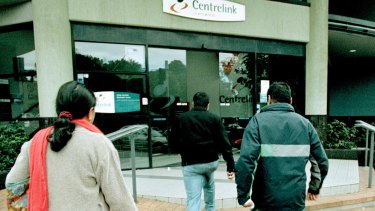 Unemployment is expected to rise.Credit:Jim Rice

Worse is to come, with unemployment expected to rise. The truth is that the Andrews government cannot be blamed for the pandemic, but it can be blamed for how severely it has affected Victorians compared with the rest of the country.

But right now, it does not feel like 1990 all over again. The future has not yet been written. Unlike the state Labor government that was brought down by a cascade of events and errors 30 years ago, this government does not look doomed – not yet anyway.

Why? Some of it is because of the way the government carries itself. Daniel Andrews and his senior ministers are not trimmers. Faced with their failures over hotel quarantine and the economic consequences of those failures, they haven’t retreated or looked for the shortest distance between two points. Instead, they’ve upped the stakes.

They’ve surveyed the damage to businesses and jobs and the state balance sheet and concluded that a big problem can only be solved by a bigger set of solutions.

There can be no doubt that this budget will scandalise their political opponents and media doubters, not just because of the eye-watering numbers – $49 billion of spending over the next four years – but because of what the government is doing with the money. 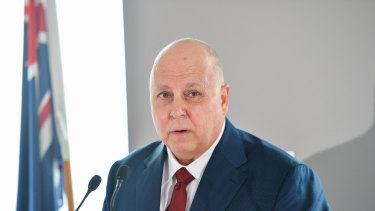 This is very much a Labor budget in the sense that it focuses on the party’s bedrock constituencies, especially low-income, blue-collar and outer-suburban Victorians. The spending on education is going to state schools and the freshly announced phasing out of the vocational high school certificate in favour of the inclusion of industry-focused subjects in the VCE is an attempt to elevate the standing of those families who don’t aspire to send their kids to university. New spending on TAFE has a similar purpose.

The $6 billion on public and affordable housing is something a Labor government headed by a Socialist Left premier should have done already. He has used the crisis created by the pandemic as an opportunity to do it at last.

The list of projects and schemes is long: more than $600 million on jobs schemes; the usual Daniel Andrews big spends in the billions on rail and road infrastructure, including the first stage of the Suburban Rail Loop, which will remedy the historic structural problem of the city’s radial train network. A $2 billion “breakthrough” fund for research and technology. These are mainstream Labor policy objectives, and they are no great shock.

What about the debt and deficit? Having taken this risk – predictably at least one ratings agency has expressed nervousness about the debt – the government faces two challenges. One is competence. Any waste or mismanagement or unreasonable blowouts will be toxic for the government and rightly so.

The other is about the size of the budget deficit. It is might not be as damaging politically as some expect. The federal budget is also deeply in the red. The pandemic is the worst mass event to hit Australia since the Second World War. It has affected each of us and everyone understands these are extraordinary times.

At least that’s what Andrews and Treasurer Tim Pallas will be hoping. Otherwise, it might be time to dig out the old Nirvana CDs as we relive the early ’90s.