Victoria’s greenhouse gas emissions have declined thanks to considerable emissions cuts in the electricity sector and the introduction of the state’s renewable energy target.

The state’s greenhouse gas emissions fell between the 2017 and 2018 financial years (the most recent official figures), with the largest decline in the electricity sector, which saw a 17 per cent drop. 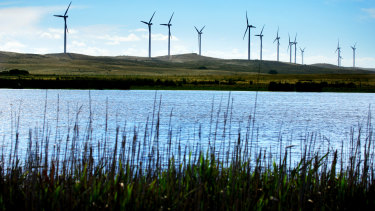 But the most recent figures, released in a state government report dumped on the final parliamentary sitting day of the year, show emissions from the transport sector remain the second largest and fastest-growing source in the state, increasing by about 3.5 per cent on the previous year.

Dylan McConnell, an energy analyst at Melbourne University, said the results were encouraging but that maintaining the rate of decline would be a challenge.

“It’s certainly going in the right direction with the right magnitude but doing that year-on-year from now on is the hard part,” Mr McConnell said.

More recent (but unofficial) data shows electricity sector emissions continued to decline after mid-2018, dropping by around 12 per cent in the following financial year. However, those falls had slowed more recently, Mr McConnell said. 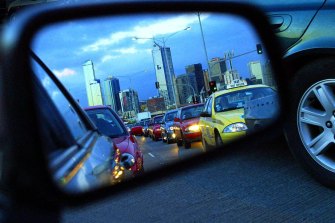 Transport produces the second largest emissions, and they are growing.Credit:James Davies

Victoria recently achieved its 2020 target of having 25 per cent of its energy generated by renewables.

“Premier Dan Andrews can show political leadership by setting science-based targets that drive the rapid transformation of our energy sector," he said.

Victoria’s own laws require it to set climate emissions reduction targets for 2025 and 2030, but these have been delayed due to the coronavirus pandemic. They are likely to be announced within weeks.

The emissions figures also show Victoria’s forests are a significant carbon sink, sequestering 11.4 million tonnes of carbon dioxide and underlining their value in the state's push for towards net zero by 2050.

In its annual report, which was also released in the same document drop, the state logging agency, VicForests, wrote down the value of the state’s forests from $45 million last year to $40 million.

The agency reported a $7.5 million dollar loss, which it attributed to the impact of the coronavirus and the number of legal actions it was facing in the courts, which limit its ability to operate normally.

The agency’s annual report showed it was embroiled in at least five legal proceedings, with injunctions preventing logging in at least 26 coupes.