Freeze The Fear With Wim Hof was meant to teach viewers about the power of ‘taking ownership of your own mind’ but many said it simply left them feeling cold.

‘There is a natural power in the cold,’ he says. ‘When we embrace it, is when the magic happens.’ 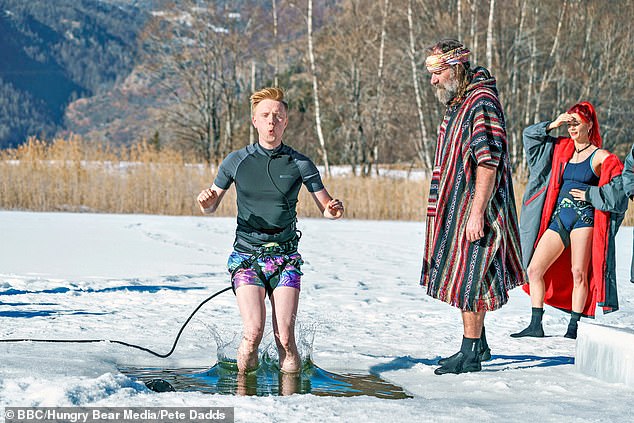 Hof is an extreme endurance enthusiast whose antics emerging himself in ice have won him 26 Guinness World Records.

He ran a half-marathon barefoot through Arctic snow and climbed Everest to 24,000ft in just his shorts.

He is also into breathing techniques, yoga, extreme balancing and motivational speaking, and has wrapped this all up into the highly marketable Wim Hof Method.

Celebrities spend six weeks with Hof in northern Italy, carrying out a series of challenges that are designed to help them ‘freeze the fear’.

‘This is not about being tough,’ Hof says. ‘It is about taking ownership of the power of your own mind.’ 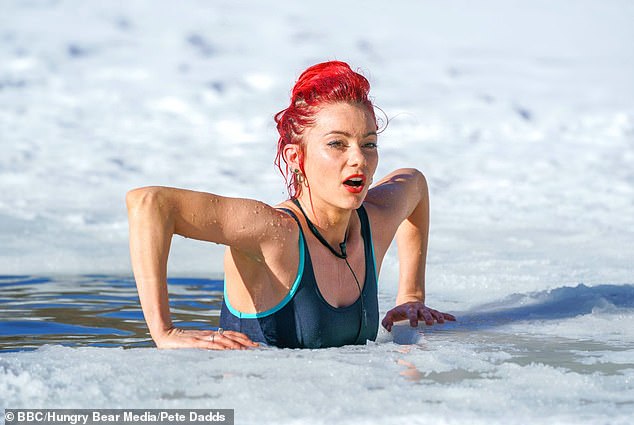 The first task of the series saw the stars plunge themselves into a pool of water in the ice. Pictured, Strictly Come Dancing pro Dianne Buswell felt the benefits immediately 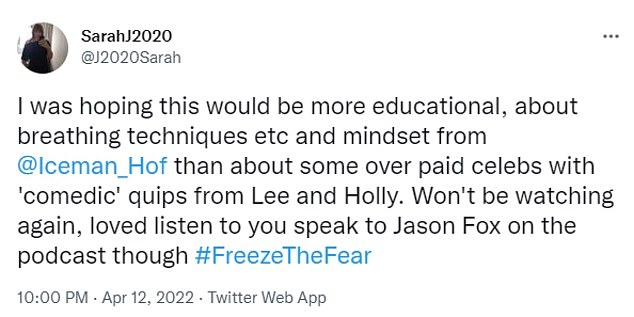 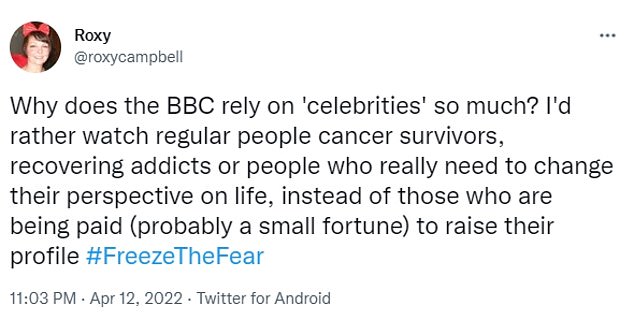 Several viewers were on board with the concept but said it would have worked better if ‘real people’ had been given the opportunity, instead of celebrities

But while viewers were impressed with the hardman, many failed to see the point of the show. Some even jokingly questioned whether it was a ploy to paint being cold in a positive light as the cost of heating soars.

One tweeted: ‘Thought I was learning about Wim Hoff and cold therapy not watching millionaires with problems #FreezeTheFear.’

Another posted: ‘#freezethefear Look how wonderful it is to be cold!!! Is this a Government-sponsored information show to get us to turn that central heating off?’

A third wrote: ‘Very disappointed with #FreezeTheFear – Rather than explore more deeply the breathing techniques, physiological effects and balancing of the mind.

‘The show was just more beige light entertainment with a few gimmicks thrown in. Devalued the concept.’ 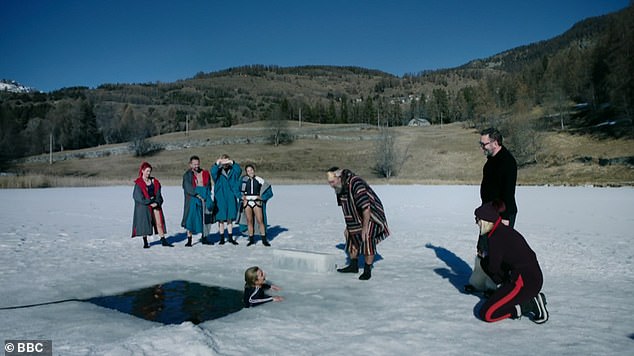 Wim Hof offered the celebrities advice as they plunged into the water (pictured). The programme is hosted by Holly Willoughby and Lee Mack (right)

Several posters were on board with the concept but said it would have worked better if ‘real people’ had been given the opportunity, instead of celebrities.

‘I’d rather watch regular people cancer survivors, recovering addicts or people who really need to change their perspective on life, instead of those who are being paid (probably a small fortune) to raise their profile,’ one wrote.

However others defended the show and said it was just a bit of much-needed escapism.

One tweeted: ‘Absolutely brilliant but bonkers . Jumping in to icy water and abseiling front facing down cliffs. Eek.’

A second chimed in: ‘#FreezeTheFear was boss tonight. I’d proper love to do all that stuff. But I was happy sat at home watching with me toast & hot chocolate. #wimhof.’ 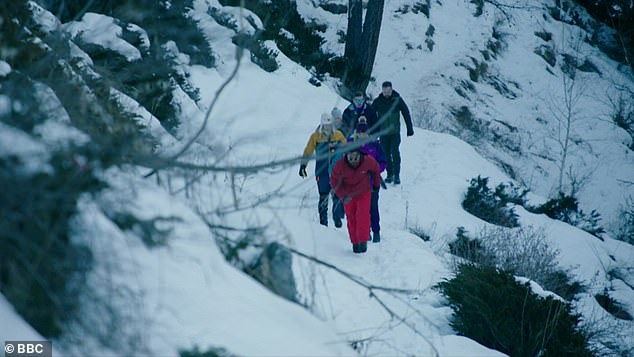 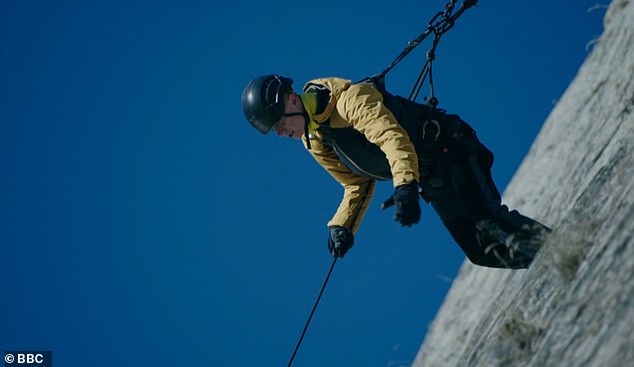 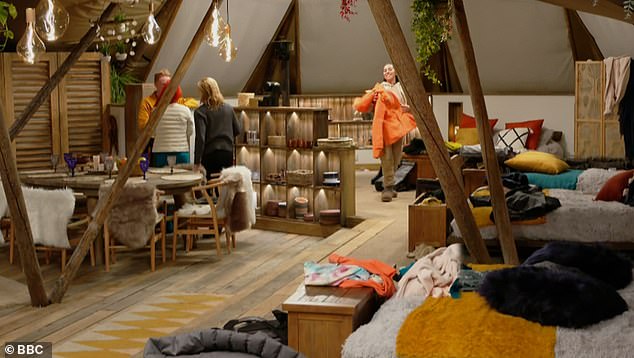 All the celebrities are taking part for different personal reasons, and are hoping they will emerge from the experience feeling happier, healthier and stronger

The first task of the series saw the stars plunge themselves into a pool of water in the ice.

Emerging from the ice, Alfie Boe said: ‘It’s emotional. You connect with everything in the past, you connect with all of the things you wanted to change about yourself.’

Dianne Buswell added: ‘It’s so exhilarating when you put your head under.’

Next the celebrities had to hike through the snow to a rocky outcrop and abseil back down to camp, where they are staying in a single luxury yurt.

Throughout each task they are given words of encouragement by Hof, who believes withstanding the cold is all about ‘awakening the deepest part of the brain’ and becoming ‘the alchemist in your own body’.