Daniel Andrews strolled through the Victorian Parliament’s gardens with his deputy Jacinta Allan on Sunday morning, headed towards the press pack and began as he always does: “Everyone right to go?”

Less than 12 hours after his victory speech at the Village Green Hotel in Mulgrave, Andrews was back in front of the cameras. It was his first day as premier in the 60th parliament, having led Labor to a historic third term, and he wanted us to know he was not wasting a moment. 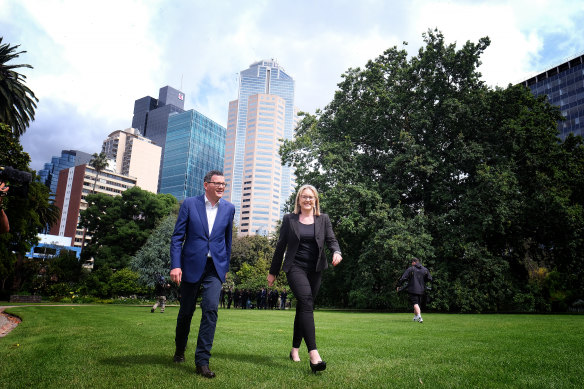 “My politics, our politics, it’s not about us, and it’s not about the win just for its own sake, it’s about winning, so you have the opportunity and the obligation to get on and do the work,” he said.

During the pandemic, press conferences became Andrews’ preferred method of engaging with the media, and Sunday suggested that, along with his use of social media, it would remain that way. These methods come at the expense of long-form inquisitions, particularly on live radio, or regular direct engagement with newspaper interviewers.

The reason, according to one of his senior ministers, was that the game had changed.

“Dan has more Facebook followers than the Herald Sun has readers,” Health Minister Mary-Anne Thomas said on Sunday regarding the News Corp paper’s heavily critical coverage of the government during the campaign. “The media landscape is changing significantly and people curate their media experiences. This presents opportunities and challenges … but I think Dan is a master communicator.”

It’s unclear so far what Andrews might use this talent for this term.

Labor is on track to replicate its landslide 2018 election victory, despite a drop in its primary vote, and Andrews will likely command 52 or more seats in the 88-seat parliament. The size of the victory means his leadership has been strengthened, his caucus will be forced to fall further in line behind a leader who rules with an iron fist, and he will most likely work with a progressive crossbench in the upper house to help him get controversial legislation through parliament.

But what will he do with this authority?

The premier on Sunday repeated his campaign theme that his third term in government would focus on reviving the State Electricity Commission, overhauling early childhood learning, expanding free TAFE and investing in the state’s healthcare system. 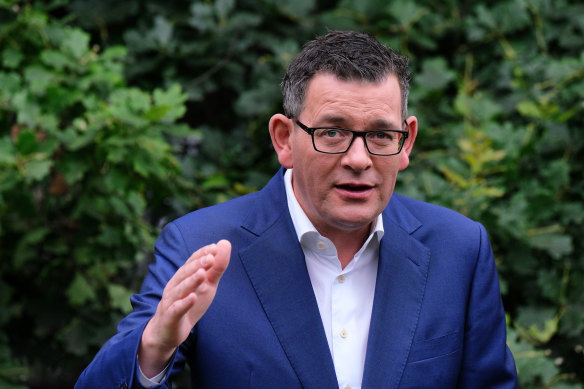 He will have, if he wants it, a sweeping mandate to not only deliver on these commitments, but also embark upon significant further reform. He hinted at a broader agenda at his press conference but did not go into detail.

“Johnny Howard had a view that we were the Massachussetts of this country,” Andrews said.

“No, no. Massachussetts is the Victoria of the United States. We are very clear about that. We are a progressive state, we are a thoughtful state, we are the centre of critical thinking, we are the centre of all the big ideas in our nations, and we’re best when we’re out in front, leading our nation and in so many different agendas: mental health, family violence, early childhood education, renewable energy, climate change action.”

Labor MPs have also previously spoken about the need to tackle Victoria’s socially regressive criminal justice system. Despite its progressive social agenda to ban gay conversion therapy, make it illegal for anti-abortion protesters to harass women near abortion clinics, establish a medically supervised injecting facility and legalise euthanasia, Victoria is a laggard on law and order.

The state has tough bail laws, a ballooning prison population, and more police per capita than NSW. Women, particularly Indigenous women, are vastly more likely to be locked up on remand in Victoria.

Labor MPs privately say timing is everything in politics and after securing a third term, Andrews might now have the support and time to move on criminal justice reform, including raising the age of criminal responsibility from 10 years to 14. On this reform, a parliamentary inquiry earlier this year recommended the government adopt it, but the then opposition shadow Attorney-General Michael O’Brien called it a “a green light for more crime”. O’Brien said at the time such a move went against common sense, and “radical proposals would make Victoria less safe”.

Andrews has previously shown no appetite for criminal justice reform, having fought off the Coalition on a law and order campaign in the 2018 election, and being forced to focus on managing the pandemic during his second term.

Law and order was not an important factor in people’s minds when they voted on Saturday, according to the Resolve Political Monitor survey.

Some Labor MPs hope, however, that with such a large victory the time has come to tackle difficult policy areas.