What next when the joy of hosting refugees goes sour? Asks JENNI MURRAY

It seemed such an obvious thing to do. When the Government launched its Homes for Ukraine scheme in March, women and children were amassing at the Ukrainian borders, desperate to escape Russia’s indiscriminate bombing. We could help.

Households with a bit of space, mine included, could promise to provide support for at least six months in return for £350-a-month payments from the Government. Not that the money seemed to matter. The reason for most of us was simply humane. We could offer comfort and safety. Now, nine months on with little sign of an end to the war, the faults in what seemed such a good idea are starting to manifest themselves.

The number of homeless Ukrainian refugees in England are ‘spiking dramatically’. My heart goes out to the 900 single people and 2,000 families with children who came here seeking sanctuary and who are now — shockingly — officially homeless.

But my sympathy also extends to those who took in desperate refugees but now, faced with the rise in the cost of living, find they simply can’t afford to house, feed, heat and give endless assistance to people who need professional care and advice. 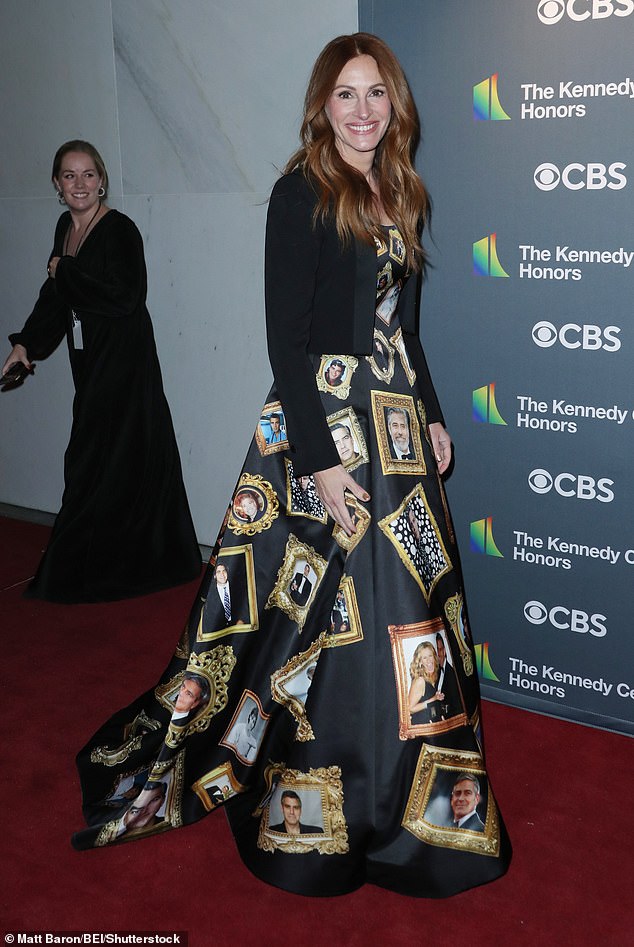 Very few of us, I suspect, have had any training in how to give psychological support to frightened, damaged families.

Last month one member of my Homes for Ukraine WhatsApp group posted, ‘Are we the only ones with a guest struggling deeply with the sound of fireworks? It’s horrific.’

There are 81 members of the group and it’s rare to find reports of host/guest relationships breaking down because of disagreements. Most commonly it’s concerns about money.

‘I have not had the November payment, either’, or ‘I haven’t been paid at all since September’, or ‘Any update on the increased payments (or lack thereof)?’ 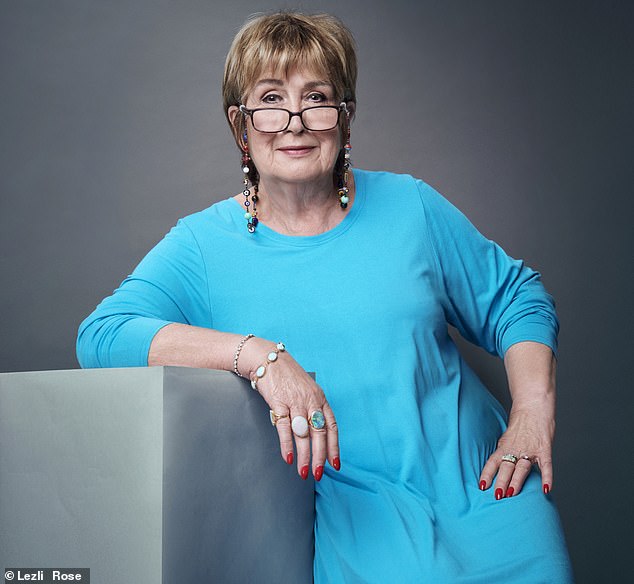 Jenni Murray (pictured) has sympathy for those who took in desperate refugees but now, faced with the rise in the cost of living, find they simply can’t afford to house, feed, heat and give endless assistance to people who need professional care and advice

The group is a fascinating record of the shift in attitude to hosting. In the early days, there was excitement about picking up guests from the airport, followed quickly by anxiety about visas, home visits, DBS checks, whether or not to cook for your guests and getting the £350 ‘thank you’ payment. One member was grateful for this ‘stress-reducing forum’.

As time passed, concerns started being raised about what would happen after the promised six months were up. Now the most frequent posts are expressions of deep anxiety about housing options.

Natalia, a mother who arrived with her 14-year-old son, is a classic example. She’d been with her host in North London since May. She has a job, earning just over £1,000 a month. Her son is at a local school. She gets Universal Credit. She would like to move out and rent a small flat.

But it’s incredibly difficult for Ukrainian refugees to find a suitable place they can afford. She would need housing benefit. The job centre isn’t forthcoming with advice. Councils don’t have the housing stock that’s needed. 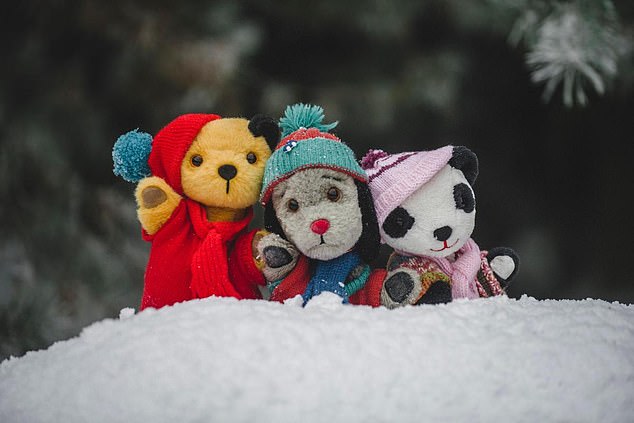 One contributor offered to share her experience of trying to help her guests find accommodation. ‘I’d be happy to talk through the minefield of bureaucracy and rental challenges I have encountered.

‘The BRP [biometric residence permit, which proves a person’s right to stay in the UK] and Universal Credit were a walk in the park compared to this!’

Hosts are anxious about what is expected of them. Must they become financial guarantors for their refugees’ private rentals? Can their guests depend on the council to house them?

The joy of helping the desperate has turned into a sense of shame at wanting your own life back. Some 600 families have reportedly been placed in hotels and other temporary accommodation, and there is hope that the monthly government payments to hosts will increase, but nothing has been agreed. 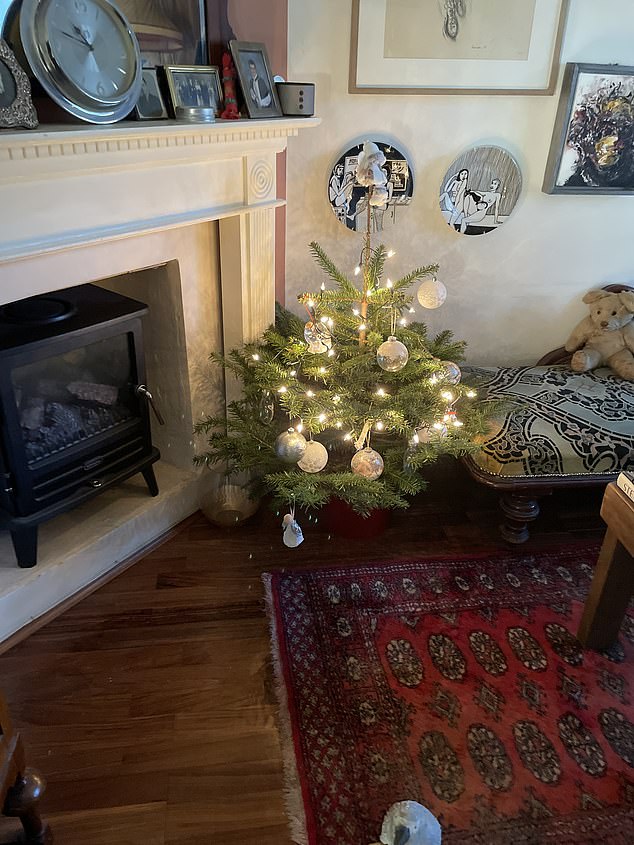 Style guru Nicky Haslam says your tree shouldn’t go up till the 24th, but Jenni Murray says that is nonsense

I have not had to face any of these difficulties because my lovely guests, Zoriana and Ustym, left me at the end of September to go home to Ukraine.

I miss them and would willingly have hosted them for as long as it took, but I don’t think it had ever occurred to me, when I offered a room to a 38-year-old woman and her 17-year-old son, how much frustrating work would be involved in getting the basics in place.

If I hadn’t had a car, I’m not sure how we would have managed as we chased around London getting their residence permit, National Insurance number, GP registration, bank account, a bit of cash from the council, a church they could go to every Sunday and an introduction to the workings of the trains and buses.

Then the hunt for a school, a job for Zoriana and friends for Ustym. At times, it felt like a full‑time job.

I hear from Zoriana that back in Lviv there’s no electricity and no water, and they hide in the basement. But at least they have somewhere they can call home.

For too many refugees in the UK it seems a homeless Christmas is a very real possibility. Clearly the Government’s humanitarian plan wasn’t properly thought through. But it must act now — and fast — to fix it.

Can there be a woman in the world who hasn’t thought George Clooney the most gorgeous man alive? He was undoubtedly the highlight of my career as an interviewer. But really, Julia Roberts, a frock at an awards ceremony plastered with George’s face from top to bottom? Did you not think Amal — Mrs Clooney — might be a little miffed? And your own husband just a wee bit jealous?

Was my equal pay fight for nothing?

Oh, that damned pay gap again! After all my efforts in the fight for equal pay, it’s older women who are still getting clobbered: 24 per cent less in our 50s; 26 per cent for the over-60s according to a new study this week. Might I suggest, ladies, doing a Lysistrata, as recommended in the ancient Greek play by Aristophanes. Go on strike at work and at home, to bring men round to equality before poverty hits us in retirement.

So happy to see 75-year-old Sooty is still going strong — with a show and TV series planned for 2023.

I had Sooty for Christmas in 1955 and loved him dearly. Sweep and Soo came later. I did little shows for the family.

Quite hard to operate three puppets when you only have two hands!

In my Oddbox of fruit and veg this week, some very strange-looking carrots. They’re shaped like a parsnip, but black. Tried them in chicken soup. Delicious. Sweet with tangy aftertaste. Soup was a bit dark in colour though. Who’d have thought such a thing existed?

Style guru Nicky Haslam says your tree shouldn’t go up till the 24th. Nonsense. Mine’s been brightening the room since Saturday. No flashing lights, tinsel or beads, but my ancient white baubles and my little angel on top. So, my decor is tasteful, but display apparently common. Do I care? I do not.