Christmas and cookies go hand-in-hand, and it’s been that way for centuries.

Don’t believe us? Then maybe you’ll listen to Jason Smith, the celebrity chef who won the Food Network’s “Holiday Baking Championship” (season 13) and now serves as a judge on “Best Baker in America.”

Smith shared his Christmas cookie knowledge with Fox News Digital and explained how the festive dessert got its start and why people leave these sweet treats out for Santa. 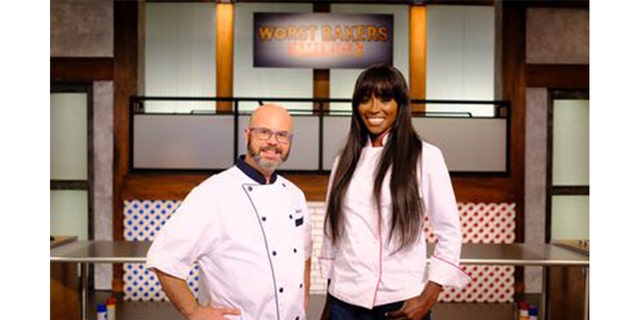 “Christmas Cookies became a staple many, many, many years ago, to be exact they started with the monasteries of the Middle Ages. The monks had access to sugar, flour and spices to make them. The Dutch brought the Christmas cookie tradition to the United States in the early 17th century,” Smith said. “Christmas Cookies were first made to take to neighbors, friends and family to show their gratitude and kindness toward each other. Most people didn’t have much money, and cookies recipes made several dozens and it gave them plenty to pass around. The first cookies were sugar cookies or a spice cookie, almost like a gingerbread cookie as we know them today.”

Eventually, Christmas cookies became a part of Santa’s lore, but it wasn’t a direct path, according to Smith. 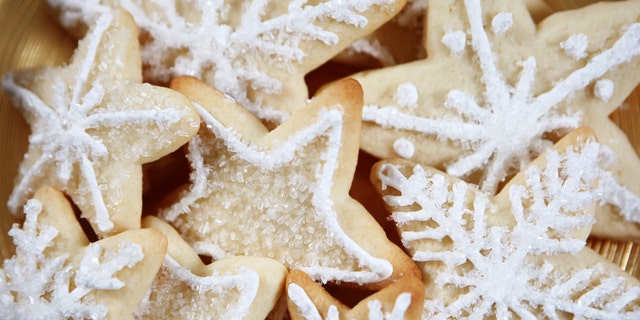 Christmas and cookies go hand-in-hand, and it’s been that way for centuries. Celebrity chef Jason Smith tells Fox News Digital that Christmas cookies date back to the Middle Ages.
(iStock)

Cookies were first associated with Saint Nicholas, the early Christian bishop who serves as the model that Santa Claus is built on.

“The leaving of cookies for Santa or St. Nicholas is a tradition that started during the Feast of St. Nicholas that the Dutch held each year,” said Smith. “They would bring cookies to honor the saint, and to give travelers a snack for when they arrived from all over the country to praise the saint.”

He continued, “Here in the United States, cookies for Santa started during the Great Depression as a teachable lesson. Families didn’t have much money, or baking supplies, but they had enough to bake a small batch of cookies for Santa. This was also to teach the youngins’ to be thankful and charitable for what they had. The tradition stuck so much it’s still observed in today’s time.” 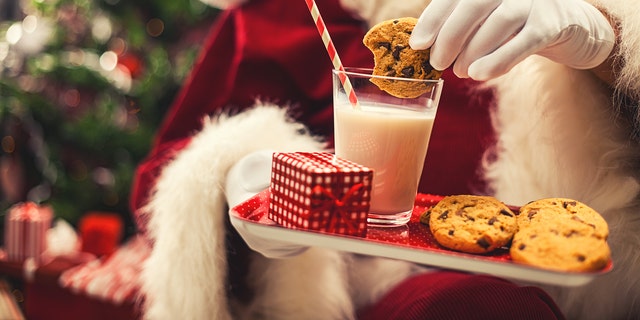 Leaving cookies out for Santa became a tradition in the U.S. during the Great Depression, according to Jason Smith — the celebrity chef who won the Food Network’s "Holiday Baking Championship" (season 13).
(iStock)

Chef Jason Smith is a celebrity chef based in Grayson, Ky., where he works closely with the catering delivery service HUNGRY.