Acknowledging the hesitation. Ahead of the release of Emancipation — his first movie since he infamously slapped Chris Rock at the Oscars — Will Smith is getting candid about the type of reaction he anticipates from fans.

“I completely understand that if someone is not ready, I would absolutely respect that and allow them their space to not be ready,” the Fresh Prince of Bel-Air alum, 53, shared on Good Day DC on Sunday, November 27, when asked about how fans will respond to the film. “My deepest concern is my team, you know? [Director] Antoine [Fuqua] has done what I think is the greatest work of his entire career. … The people on this team have done some of the best work of their entire careers, and my deepest hope is that my actions don’t penalize my team. At this point, that’s what I’m working for. That’s what I’m hoping for.”

The Pursuit of Happyness star, who won best actor for King Richard the same evening he smacked Rock, 57, on stage, added: “I’m hoping that the material — the power of the film, the timeliness of the story — I’m hoping that the good that can be done would, you know, open people’s hearts at a minimum to see and recognize and support the incredible artists in and around this film.”

During the same interview, Fuqua, 56, weighed in on the controversy surrounding Smith, who portrays runaway slave “Whipped Peter” in the historical drama.

“The film to me is bigger than that moment,” the director told Good Day DC. “Four hundred years of slavery is bigger than one moment. My hope is that people will see it that way and watch the movie and be swept away with the great performance by Will and all the real hard work that the whole crew did.” 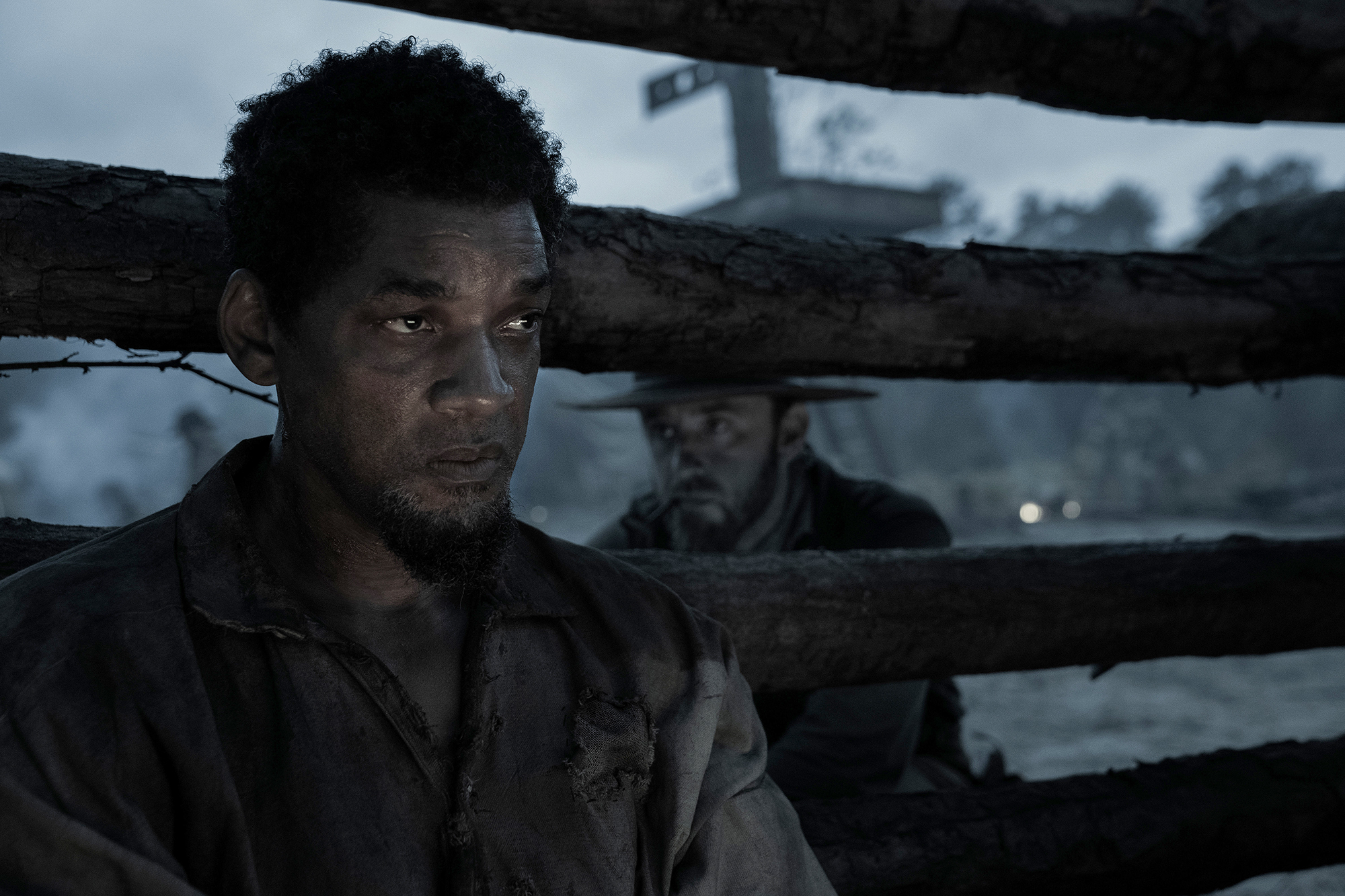 The filmmaker previously claimed that the brutality and intensity of the movie was part of what caused Smith to slap Rock at the Oscars.

Celebs React to Will Smith Slapping Chris Rock at Oscars 2022

“It’s really hard to release a character who’s been brutalized and called the N-word every day — constantly, every day — and still be the nicest person in the world. That, I know,” Fuqua told Vanity Fair earlier this month.

He continued: “So, no excuses for anyone or anything, but I can say that he’s a good man and I hope that people can forgive him and that we can move forward. I hope Chris and Will find a way to sit together publicly, privately, whatever, and make amends. I think it would be an incredible statement.” 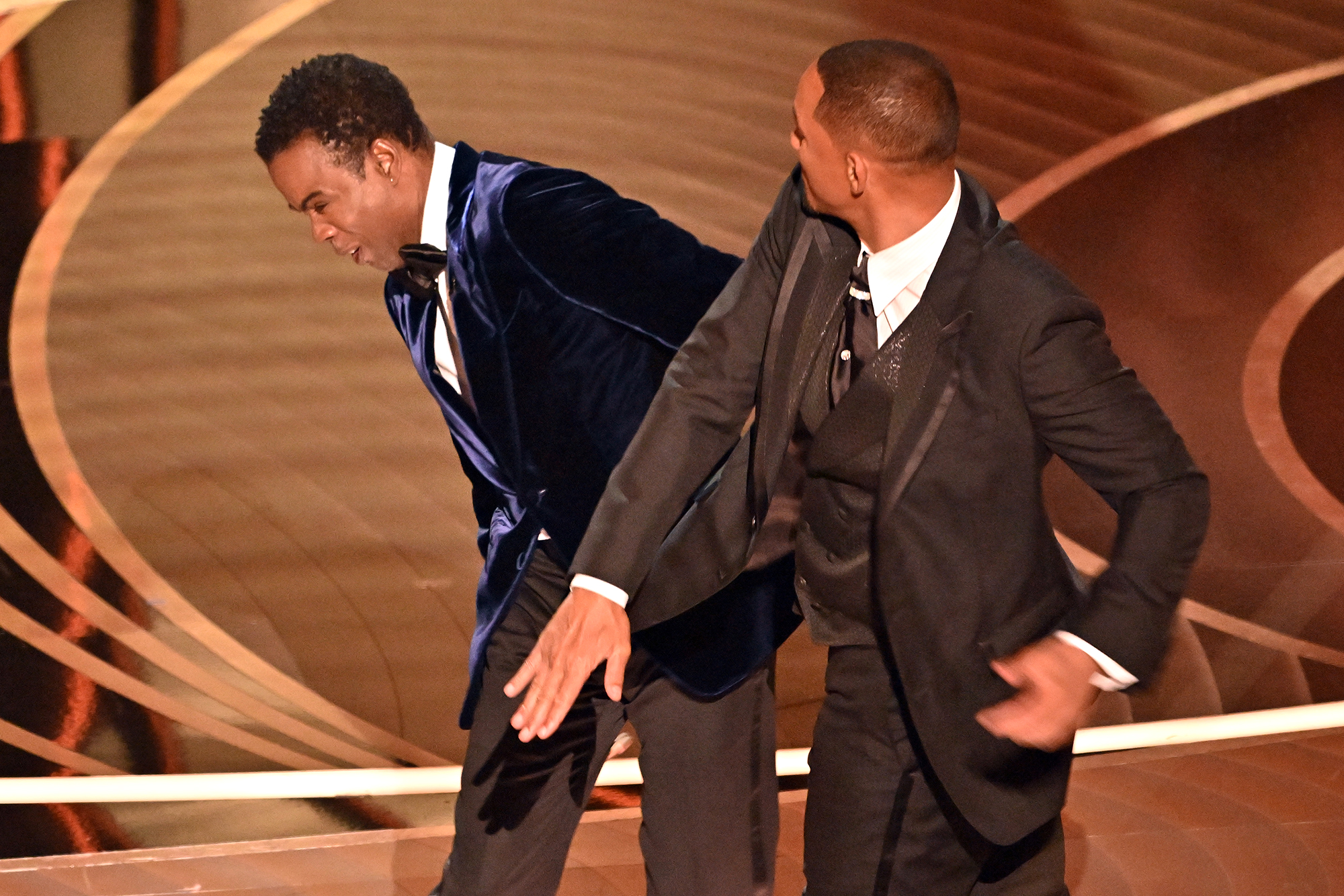 The 7 Pounds actor infamously hit the comedian after he made a joke about Jada Pinkett Smith’s shaved head at the ceremony. (The Red Table Talk host, 51, has been candid about her battle with alopecia, which causes hair loss.)

Smith — who later resigned from the Academy of Motion Picture Arts and Sciences and was banned from all Academy events for 10 years — has publicly apologized to Rock twice since the incident.

The Saturday Night Live alum, for his part, declined to file a police report at the time and has addressed the moment in his standup routine multiple times, frequently poking fun at the slap.

Everything Will Smith, Jada Pinkett Smith Have Said About Their Marriage

“I’m not a victim, mother–ker,” Rock said at a comedy show at PNC Bank Arts Center in New Jersey over the summer. “Yeah, that s–t hurt, motherf–ker. But I shook that s–t off and went to work the next day … I don’t go to the hospital for a papercut.”

Emancipation will hit theaters and will be available to stream on Apple TV+ Friday, December 9.