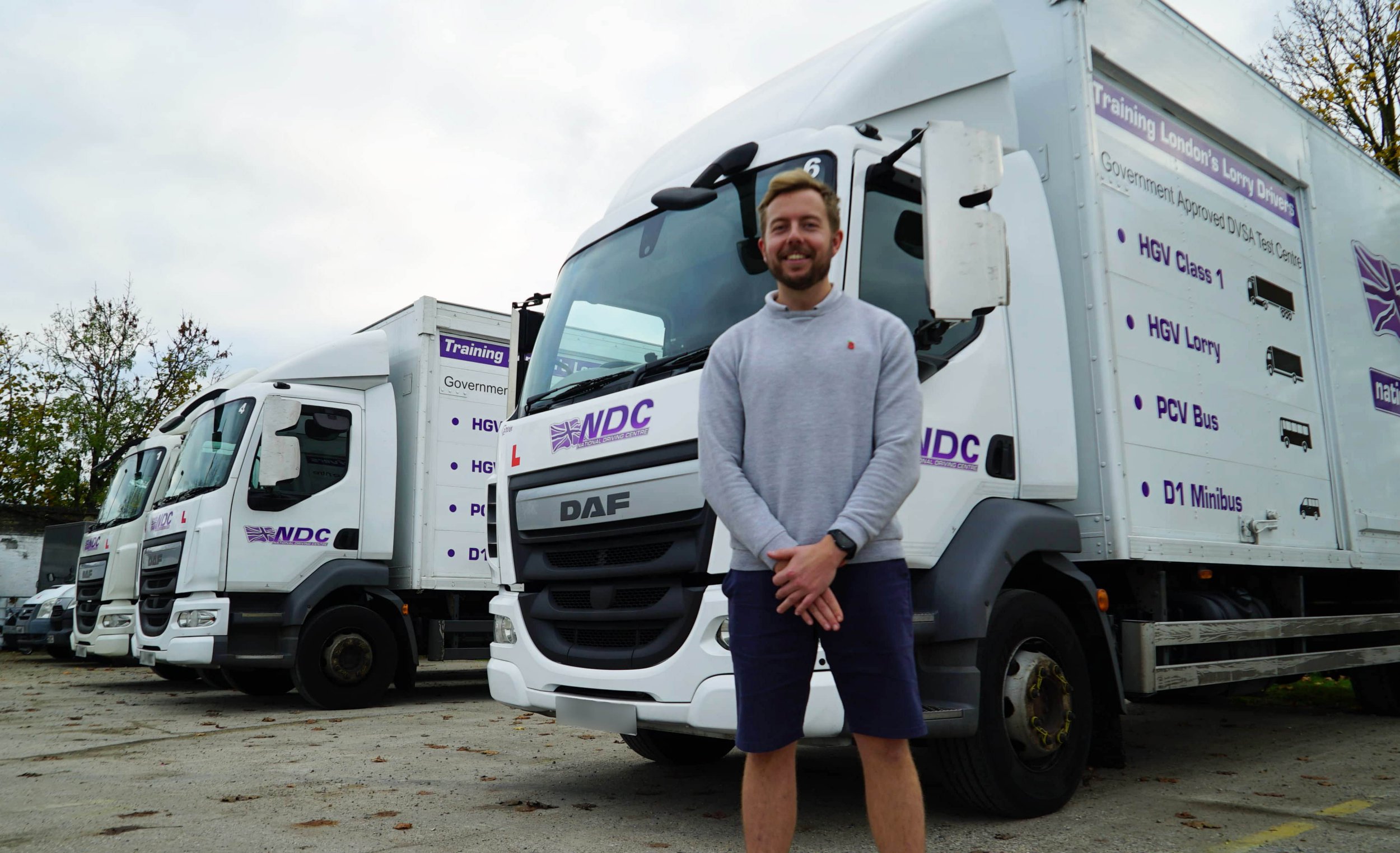 If you’re looking to switch jobs, now is a great time to retrain… as a lorry driver.

HGV driving school owner Laurence Bolton, 29, says more people are signing up than ever – and there are some good reasons why.

We chatted to the National Driving Centre boss about on why vicars and bankers want HGV licences, the perils of driving a bus and why women

Is this is the best time ever to be a lorry driver?

It’s a great time to train because there are more jobs than drivers. We’ve always historically had driver shortages – usually a 50,000 deficit – and Covid and Brexit have compounded this.

One of the big problems is that being a lorry driver isn’t viewed by young people as the sexiest job.

The facts: What it’s like to be a lorry driver

Regular hours? You can work regular hours or choose shifts but how many hours you can work a day or week is regulated, as are the compulsory breaks

Short and sweet advice: Good money and good family balance can be had

You’re starring in a new documentary…

It shows the human aspect of people coming to lorry driving school to change their lives and there’s a real-world, earthy X Factor feel to it, although instead of somebody coming on to the stage, they’re sitting behind a lorry steering wheel for the first time.

It’s a roller-coaster of emotions, and what we go through every single day as we train drivers, because we get to know them and we really want them to pass.

I’ll never forget one man who failed his first test — bear in mind there’s a 56% pass rate nationally — and he was trying again but he was so hard-up that he’d had to raid his child’s piggy bank for coins to make up the £300 fee.

So much rested on him passing because he couldn’t support his family and this was his final chance. The emotion in our office when he passed was overwhelming. I’ll never forget that moment for the rest of my life.

So, can anyone retrain to be a lorry driver?

We train people from 18 to 70-plus and since Covid, the phone has been ringing off the hook and we had to restructure the business to cope with demand.

If you have a lorry licence, you have a job for life – and it’s a relatively low entry into a career that can pay you, in the case of some supermarket drivers, £50,000 a year or £28 an hour.

Our driving course costs just £1,700 and takes five days but will get you a high-paid job that compares with architects and solicitors who have to go to university for years.

If you live in London, a lorry driver realistically should never have a job for less than £30,000 for the rest of their working life.

It’s a hell of a safety net and loads of people have come from hospitality during Covid, saying, ‘I’m training to drive a lorry just in case.’

you enjoy driving, this can be a wonderful vocation, so don’t get bogged down by stereotypes of who should drive lorries. There’s a place for anyone who wants to be a driver’

So just between us, how do I retrain as a lorry driver – and are women welcome?

More women than ever are training – and the old stereotype of the tattooed, macho lorry driver is definitely going.

Recently, I went to a mosque in Morden, south London, for a marketing day and put through 200 applications for provisional licences.

You need to be passed as medically fit by a doctor, then the DVLA will send you a provisional licence.

You then sit your theory test. Our intensive course is five days with a driving test on the fifth day.

You’re in the lorry on day one, on ‘nursery’ slopes, which are straight quiet roads. In the programme we’re training John Hayhoe, a 64-year-old vicar who is hanging up his robes to retrain as a lorry driver and put his four children through uni.

He’s a lovely, softly spoken man who wants to help the community as a lorry driver. We’re also training Oliver Hewings, a 20-year-old pilot who wants to swap transatlantic flights for delivering turkeys.

I’ll never forget the banker from Canary Wharf who walked in about a year ago. He was incredibly well spoken and he earned way over £80,000 but he said, ‘I don’t want to work long hours any more.

I’ve a disabled child and I want to choose my hours so I can spend time with my family.’ For him, the lifestyle massively outweighed the monetary rewards. When someone like this passes their test, it’s a real ‘yay’ moment for me. I’m a big softie and I go through every emotion every day, from despair to elation.

How did you start?

After school I joined the police force, then became a gym manager, then an estate agent.

My father started the National Driving Centre and I’ve been here five years. I never expected to love it so much but every day is exciting because we meet different characters and hear the stories of how they’ve arrived at this point – and we learn how much is at stake.

We never forget them and often, if I’m in south London, a lorry driver will hoot and wave, and I recognise a former student.

One guy who passed a year ago came in recently with a massive curry for everyone cooked by his wife. It was a lovely surprise but also a reminder that someone retraining changes not just their own life but their whole family’s.

Mistakes, you’ve made a few?

I go through very long periods of not driving a bus so when I had to drive our bus from London to Sheffield for a fitting, I set off at about four in the morning to avoid rush hour.

I got to Sheffield but didn’t see a width restriction ahead of me until it was too late. My only option was to turn around at a mini roundabout – with a whole load of really angry school-run mums behind me.

I had to do a 16-point turn in a red London bus, and one of the mums came and banged on my window telling me to hurry up. It was incredibly embarrassing and I wanted the ground to swallow me up!

The Great British Truck Up is on Channel 4 at 10pm tomorrow. For training details see nationaldrivingcentre.co.uk