Why Daniel Craig prefers to go to gay bars

Being bisexual in Hollywood was not easy for Saffron Burrows.

“I navigated my way the best I could,” the English-born actress, 48, exclusively told Page Six in a new interview, noting that the landscape “was very different” even 10 years ago.

“I’d say every industry was incredibly pro-straight and pro-heterosexual, and that wasn’t exclusive to Hollywood,” she explained, “but it certainly was not an environment where that would be welcomed.”

“I was always quite private about my life, whoever I was living with,” she said. “But it certainly was not an atmosphere that was open to anyone living differently from what the perceived norm was, and now, my gosh, it’s opened up.”

Interestingly, Burrows, who was raised in a politically and socially aware household, felt that navigating the mores of Hollywood was easier than what she had to endure as a teen model.

“For me, the film industry seemed rather gentle compared to that world,” she said. “I got sent to Paris at 15 to try out catwalk stuff, try out modeling. And I’d never met women who weren’t feminists before. And I found it very strange, a very strange landscape.

“Not Paris itself, because I love France and I speak French, but it was evident that the setting of that fashion industry at that time was clearly before some of the rules had come in that have now imposed on the business, thank God.” 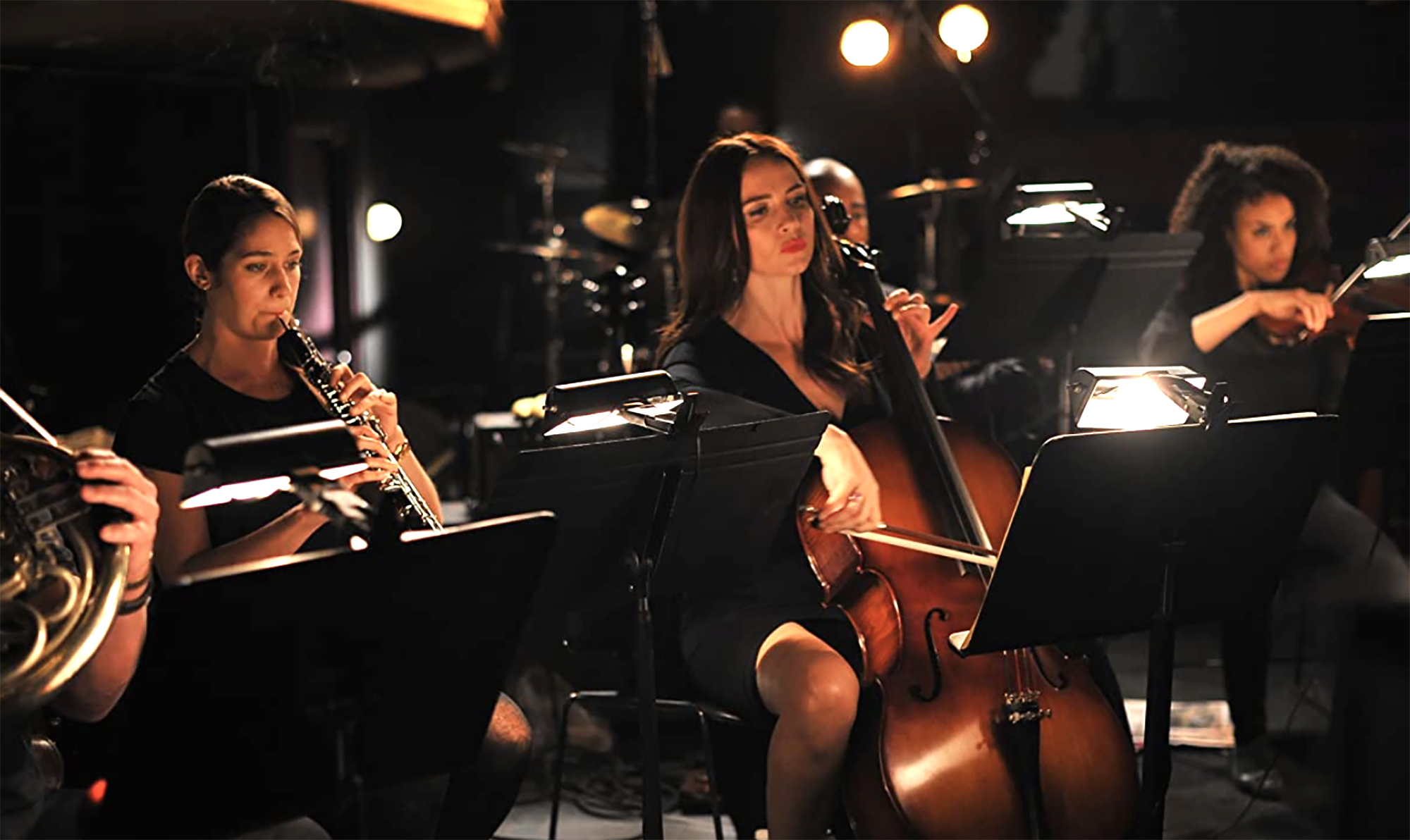 Burrows eventually transitioned from modeling to acting and can currently be seen in the exceedingly enjoyable third season of “You.” She reprises her role as Dottie Quinn, Love (Victoria Pedretti)’s slightly scary mother who appears to know her daughter is a murderer but still comes around for cups of tea and babysitting duties.

Even though Dottie can be, well, quite dotty, Burrows views her with compassion.

“Of course I love Dottie. I have to love her,” she exclaimed before conceding that her feelings were “complicated because, my God, she’s tough with her daughter.

“And, you know, she’s in a situation at the start of this that’s pretty dark and then just spirals, but trying desperately to fulfill some kind of dream and make something after, you know, a rather tumultuous marriage and probably quite loveless, it seems. And so, she’s in this big journey.”

The “Mozart in the Jungle” star added, “I really enjoyed how big they allowed [Dottie] to be. Her gestures aren’t small, are they?”

As for Season 4, which has already been picked up by Netflix, Burrows joked that Dottie should move in as a full-time nanny with — spoiler alert! — the gay couple who are raising her grandson, Henry, so that the trio could have a “fabulous,” wine-soaked time.