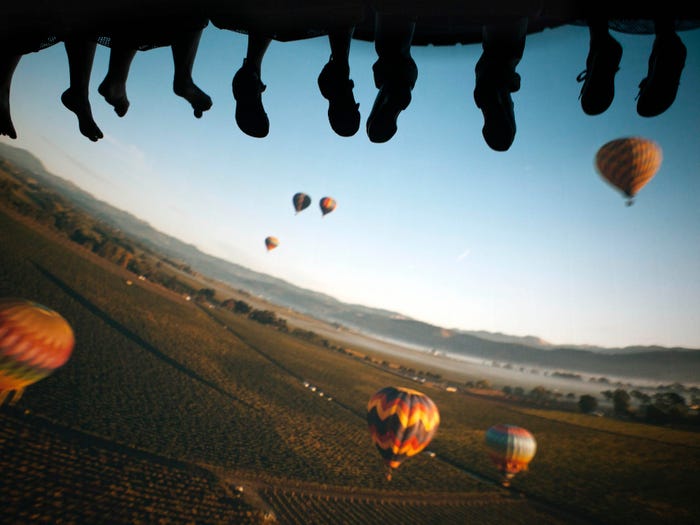 The pre-show recording is beloved among Disney fans and has arguably become as iconic as the ride itself.

But according to former Disney Imagineer Jim Clark, the video almost looked a lot different when it was shot just weeks before Disney's California Adventure theme park opened in 2001.

"Two months before DCA opened, we still hadn't shot the pre-show," Clark said via Twitter on Saturday. "John Travolta was interested, but his movie's schedule was making it difficult, plus he had this little beard. Our little team was invited to a screening of 'Emperor's New Groove,' and we were all laughing at Kronk."

When a Disney fan asked Clark if it was really Travolta's "little beard" that stopped him from getting the role, the former Imagineer replied that his facial hair was just "one more reason" why some employees preferred Warburton for the video.

"It was mostly a scheduling issue," Clark wrote. "The little beard was just one more reason to lessen enthusiasm for the idea. Some of us lower-level folk were more excited about Patrick Warburton."

That being said, Travolta still made his mark on the Disney theme-park character. According to Clark, the chief flight attendant was even named Sandy — seemingly a nod to "Grease" — for a short time.

"Technically, Patrick Warburton is in the role of the flight attendant, who for a brief moment was named 'Sandy,'" the former Imagineer wrote on Twitter. "The flight attendant was originally just going to give a very simple safety spiel, but the role was expanded a bit after Warburton was cast."

When asked by another Disney fan if Warburton also voiced a droid in the Hollywood Studios ride Star Tours, Clark replied that he couldn't say for sure, but that he also assumed Warburton's voice can be heard coming from the "Star Wars" character.

Representatives for Warburton did not immediately respond to Insider's request for clarification.

"I don't know actually, but I know the droid you are talking about," he said. "I always assumed that was him, but couldn't say for sure. I was not on that project."

Despite the initial casting conflicts, many Disney fans would agree that they worked out for the best.

Travolta went on to voice the dog Bolt in Disney's 2008 film, and Warburton, who is also known for voicing Yzma's henchman Kronk in "The Emperor's New Groove," famously donned a black suit, striped tie, and delivered quotable lines like: "Have a nice flight."

Fan-filmed recordings of Warburton's pre-show video can be found on YouTube.