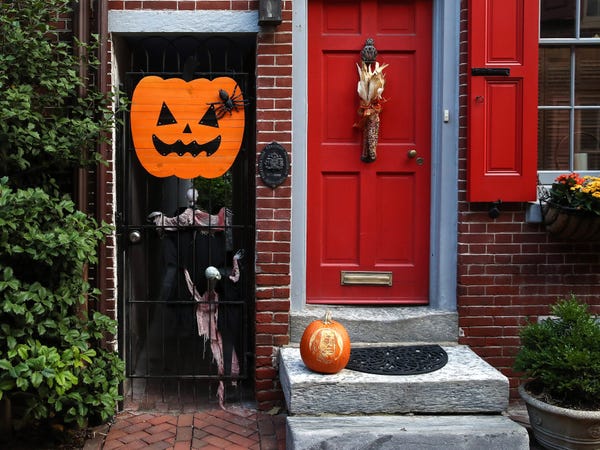 Airbnb is instating new rules in an effort to prevent gatherings on Halloween weekend.

On Friday, the home rental service announced that it will ban one-night reservations in the US and Canada on October 30 and 31.

"To strengthen our hosts' protection against parties amid concerns about a second wave of the pandemic, today we're announcing that we'll be prohibiting one-night reservations over the Halloween weekend in entire home listings in the United States or Canada," Airbnb wrote in a statement.

The home-rental service stated that it will cancel any one-night reservations already made for Halloween weekend and offer a full refund to guests who had already booked and hosts who had confirmed bookings.

Airbnb is also placing restrictions on two- and three-night rentals on Halloween weekend. Guests will be required to confirm that they understand the rules of hosting parties at the property and that they may be subject to legal action if they violate them.

The announcement comes a year after a shooting left five people dead at California Halloween party at an Airbnb property in 2019, according to the San Francisco Chronicle.

Unauthorized parties have always been prohibited by Airbnb, but the service has previously allowed hosts and guests to agree on hosting small parties. It has also allowed hosts to tell guests to "use their best judgment," according to Airbnb.

However, on August 20, the home rental service announced that it would be banning all parties and limiting reservations to allow no more than 16 guests to stay at a home to help curb the spread of COVID-19, the disease caused by the novel coronavirus.

Airbnb said the rules were part of a string of initiatives in light of the coronavirus pandemic and that they would remain in effect indefinitely.

"This party ban applies to all future bookings on Airbnb and it will remain in effect indefinitely until further notice," Airbnb announced.

Airbnb also instated stricter rules on guests under 25. On July 2, the home rental service announced that users under 25 who had fewer than three positive reviews would no longer be able to rent entire homes in their area.

Representatives for Airbnb did not immediately respond to Insider's request for comment.