A FORMER flight attendant has revealed which seats are the best to book in economy – but they aren't the ones you would expect.

Sandra Jeenie Kwon, who used to work for Emirates, has racked up nearly 5million followers on TikTok with her informative videos. 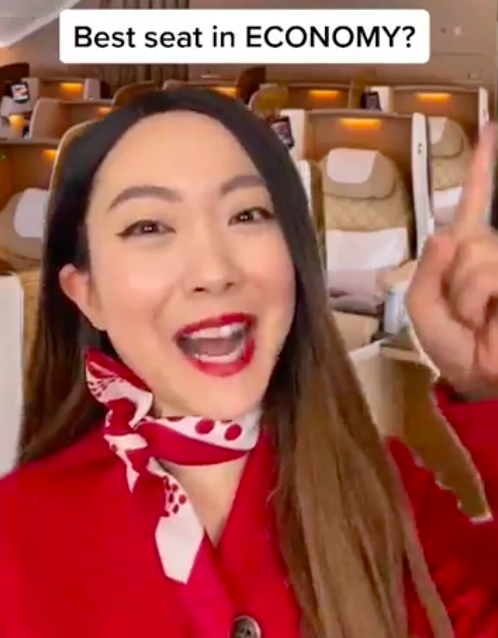 By process of elimination, she explained on TikTok how, on a plane of 57 rows, the best seats are found in row 49, at seats C, D, F or G if you want more space and better food options.

Explaining her method, she said: "First of all, the middle seats suck, so let's get rid of them."

She added: "The back seats of each section don't recline so let's get rid of those seats.

"I'm not a tall person so don't need these bulkhead seats. There is also nowhere to store your personal belongings. They also have those flimsy TVs and tables. For those reasons, I scrap those seats. 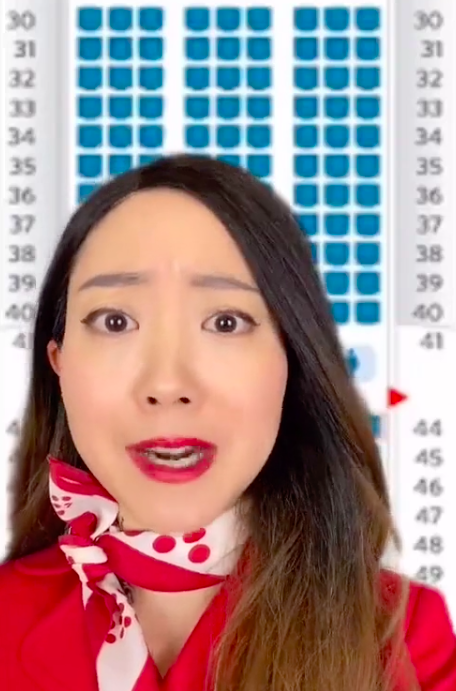 She also said: "Seats near toilets stink like s***. I recommend a buffer of around five rows just to be in the safe zone."

She also said personal preference was not the window seat, due to having to ask people to move to get up.

With meals also usually served front to back, she then revealed which is the best seat with the few that are left to get earlier choice of food – seats 49 C, D, F and G.

TikTok users were conflicted, with one person joking: "The amount of people that will be fighting for seats 49 C, D, F and G after watching this." 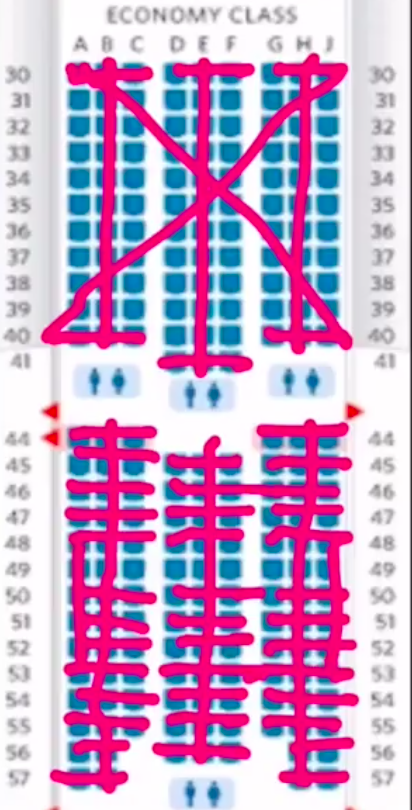 Another person said: "Me taking notes even though I won't be on a plane for another year."

Some didn't agree, saying they preferred the window so they could sleep, or hated the aisle as it meant getting up for other passengers.

In another one of her videos, she also explained why you should never take a flight voucher if being bumped off a flight, as you may have to fly with a different airline.

She explained: "Not only are the airlines required to find you an alternative flight, but depending on the length of the delay, you are entitled to cash."

Virgin cabin crew claim that 19F is the most popular seat in economy while 2A is the best in first class.

For the safest seat, a 2015 study found that seats at the back of the cabin had the lowest fatality rate in the event of a crash, at 32 per cent.

Here is why you should always pick the worst seat on the plane.