IT’S a golden rule that you should never tell young children where you are taking them for a day out until the very last minute.

Unfortunately, we forgot. So for two whole days grandkids Albie, four, and two-year-old Mila would break out singing “We’re goin’ to the zoo, zoo, zoo, how about you, you, you?” 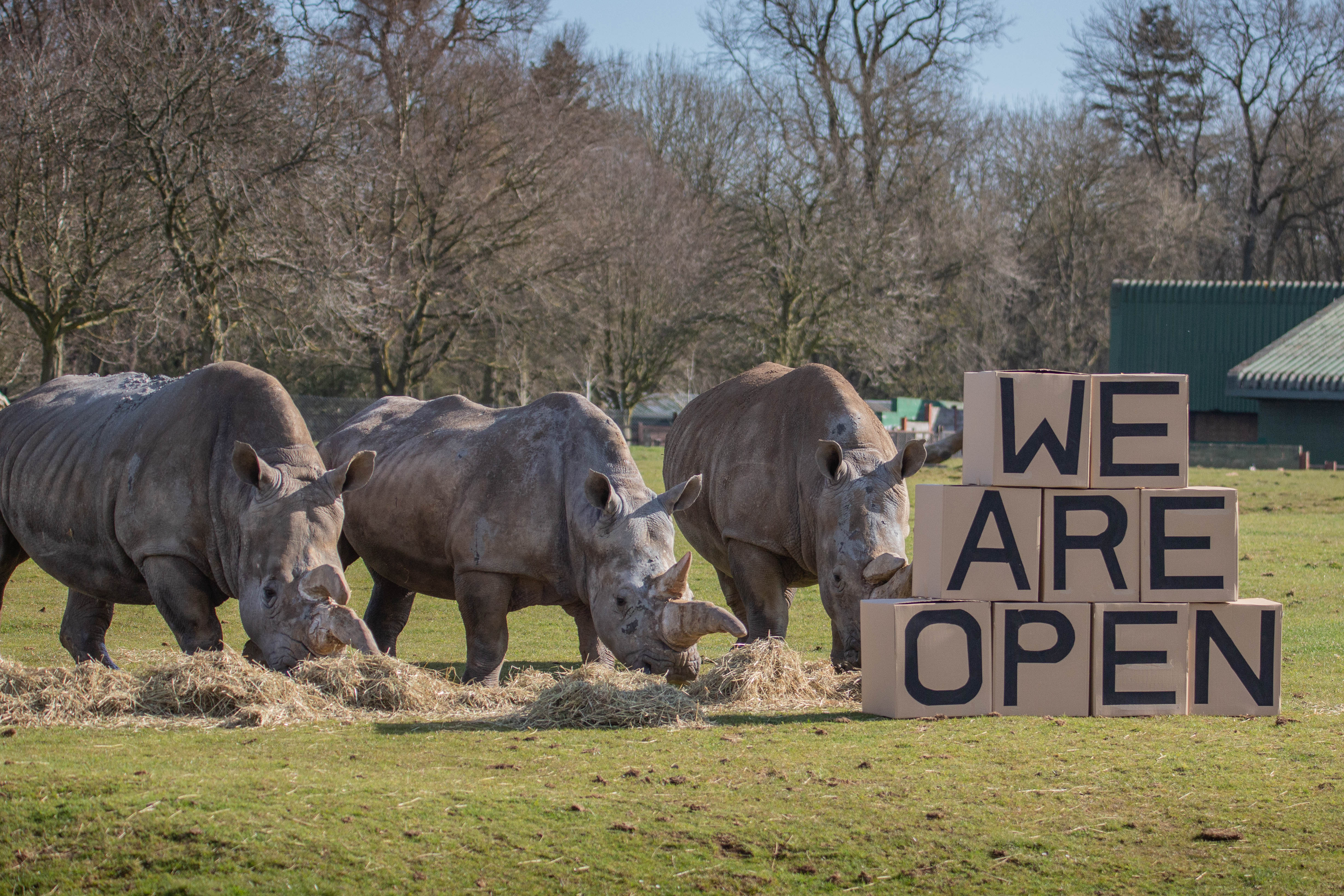 The cheeky monkeys constantly play with a box full of toy animals, from a cheetah to a chimp — so imagine the excitement when they were told they were going to see the real deal.

ZSL Whipsnade Zoo, which is celebrating its 90th birthday, spans 600 acres of glorious grass fields and forestry. It is the UK’s biggest zoo and safari park with 3,500 animals cared for by a dedicated team of keepers and staff.

People working there were in celebratory mood, welcoming back families after Covid lockdowns which cost ZSL Whipsnade and London zoos £20million last year.

There was no government support and furloughing key staff was just not an option. The animals — many endangered species — needed feeding and protecting while crucial conservation and breeding work had to carry on.

Owen Craft, Whipsnade’s chief operating officer, said: “We are so thrilled to be opening the gates again.

“Despite the trying circumstances, the keepers, vets and ground staff went to enormous lengths to ensure the animals were as well cared for as ever. 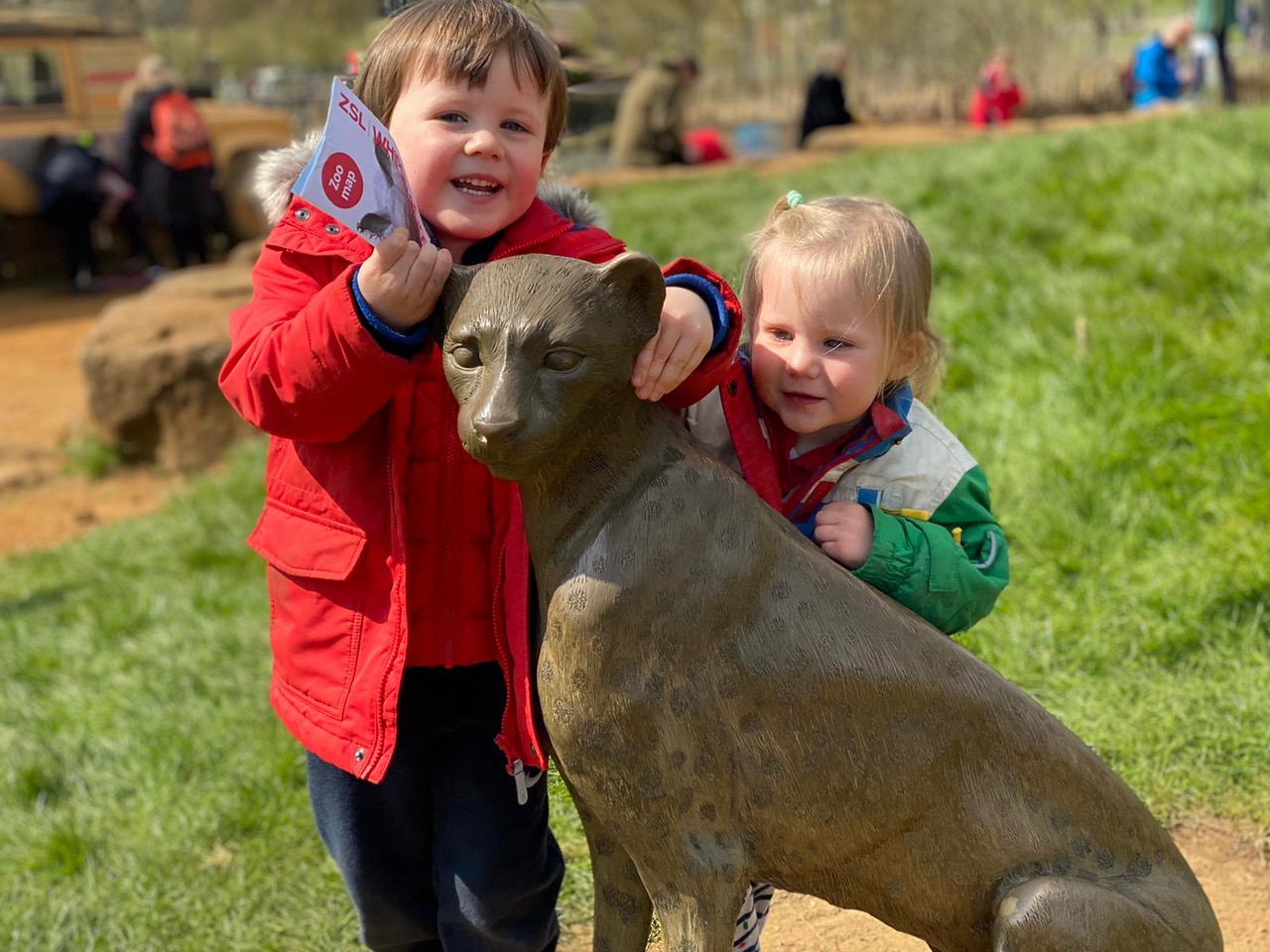 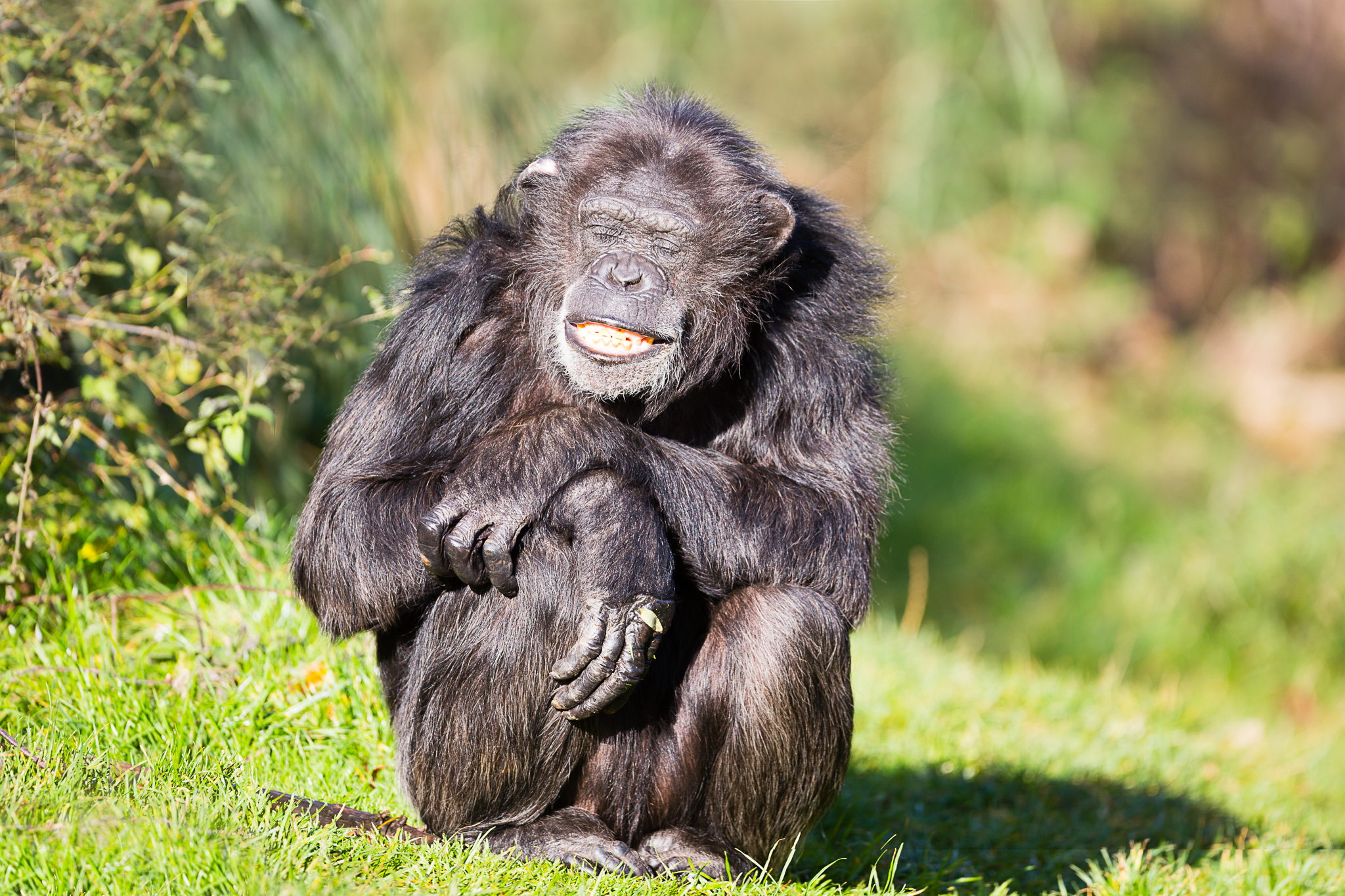 “The support of local people and our members has been a lifeline, and it is really wonderful to see them here once more, enjoying the beauty and wonders of the zoo.”

There isn’t a better venue for a socially distanced and Covid-safe reunion with family and friends. Visitor numbers are limited and hand sanitiser stations and paw prints on the ground keep you a lion’s-length apart on one-way trails.

First stop was the Lady Yule’s Walk, the brown bear enclosure named after the horse breeder who gave £1,000 for it to be built in the 1930s. She also donated its first occupant, aptly named Teddy.

On to the penguins, waddling away in their infinity pool with spectacular views over the Bedfordshire countryside.

Then for one of the day’s highlights, red-necked wallabies wandering in a copse, some with a joey in their pouches. That’s an example of what you can miss if you drive between zones, including Asia, Africa and Europe, instead of walking. 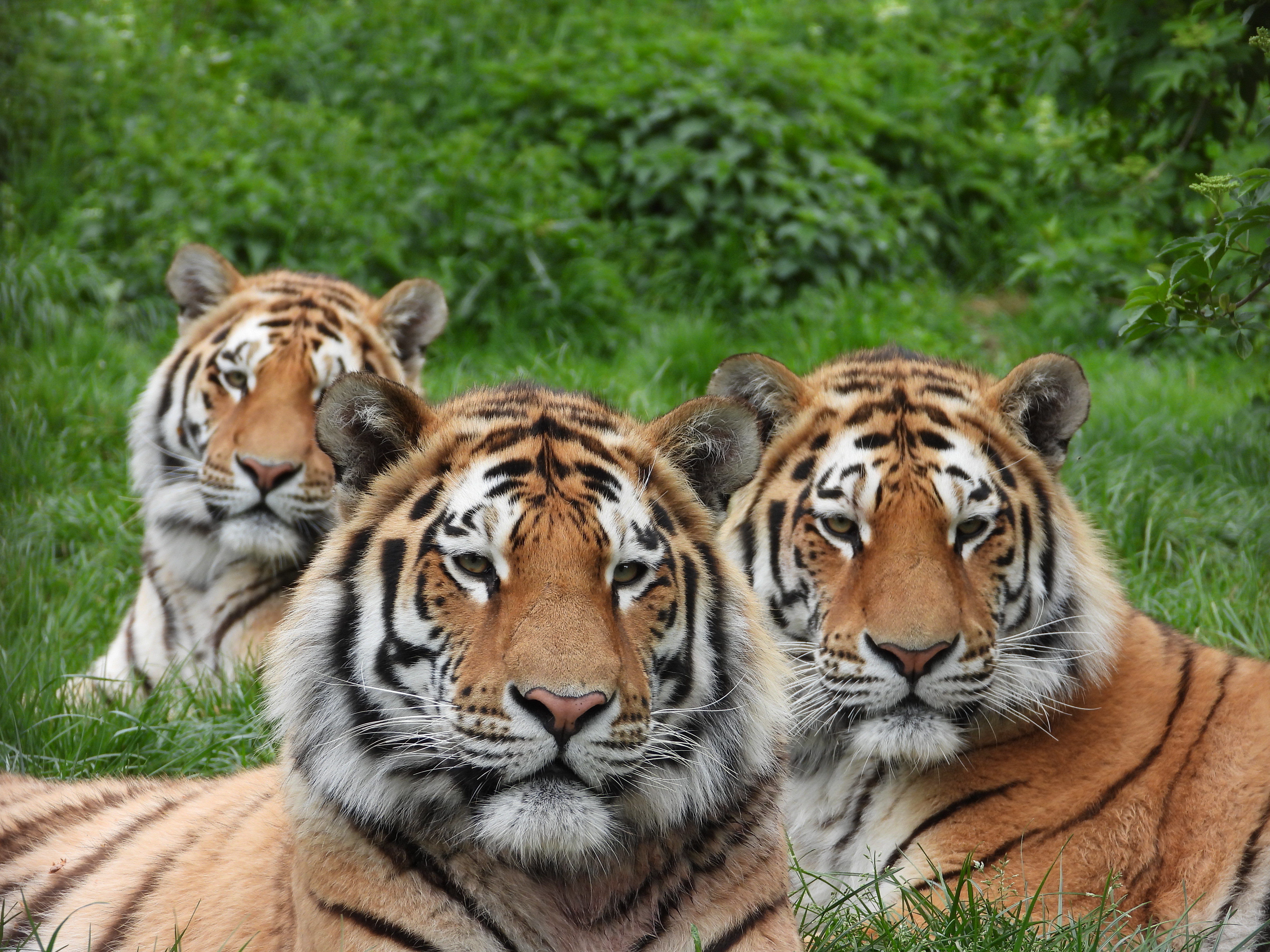 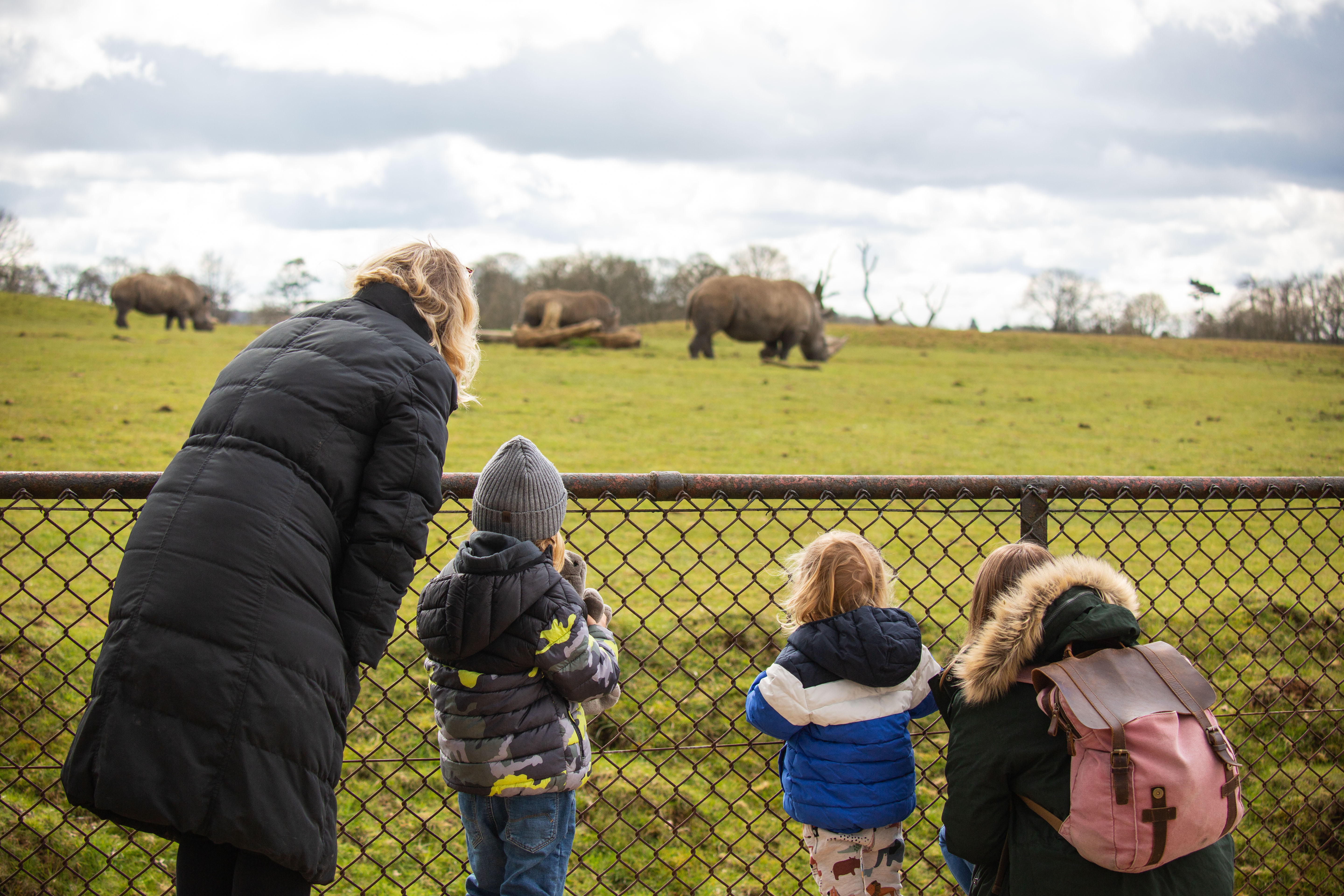 The only time we had to hang on to the kids was when crossing the roads, otherwise they could run free like the wallabies.

Fortunately, the animals played ball and came close to the fencing of the vast enclosures — Nepal and white rhinos, Amur tigers, lions of the Serengeti, hippos and cheetahs.

The six-strong herd of Asian elephants have 30 acres to themselves with a £2million care centre opened by the Queen and Prince Philip four years ago.

We caught the giraffes being fed and got a glimpse of baby Margaret, born on December 8 – the day the first Covid vaccine was given to 90-year-old Margaret Keenan.

Team leader Mark Holden said: “The arrival of our precious giraffe calf on the same day, and actually at the same time, as the vaccination was first administered felt like a real moment of hope for the UK and the endangered species.

“Now Margaret’s taking her steps outside just as the rest of the UK is venturing back out on family adventures.”

Our adventure WAS amazing and also included watching the monkeys’ antics, trying to spot the red panda up a tree, tucking into a picnic near the graceful pink flamingos and going home with souvenirs from the shop. 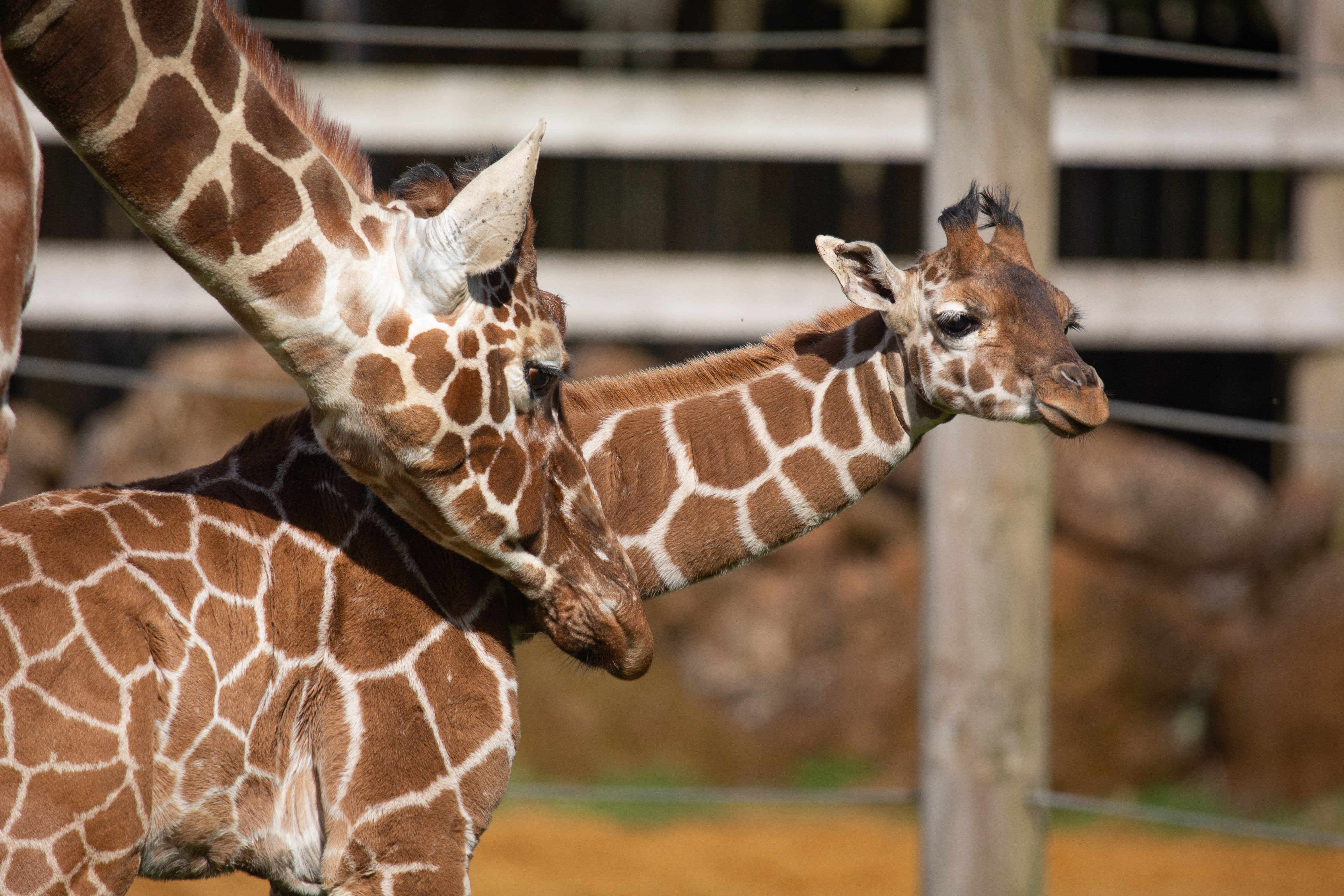 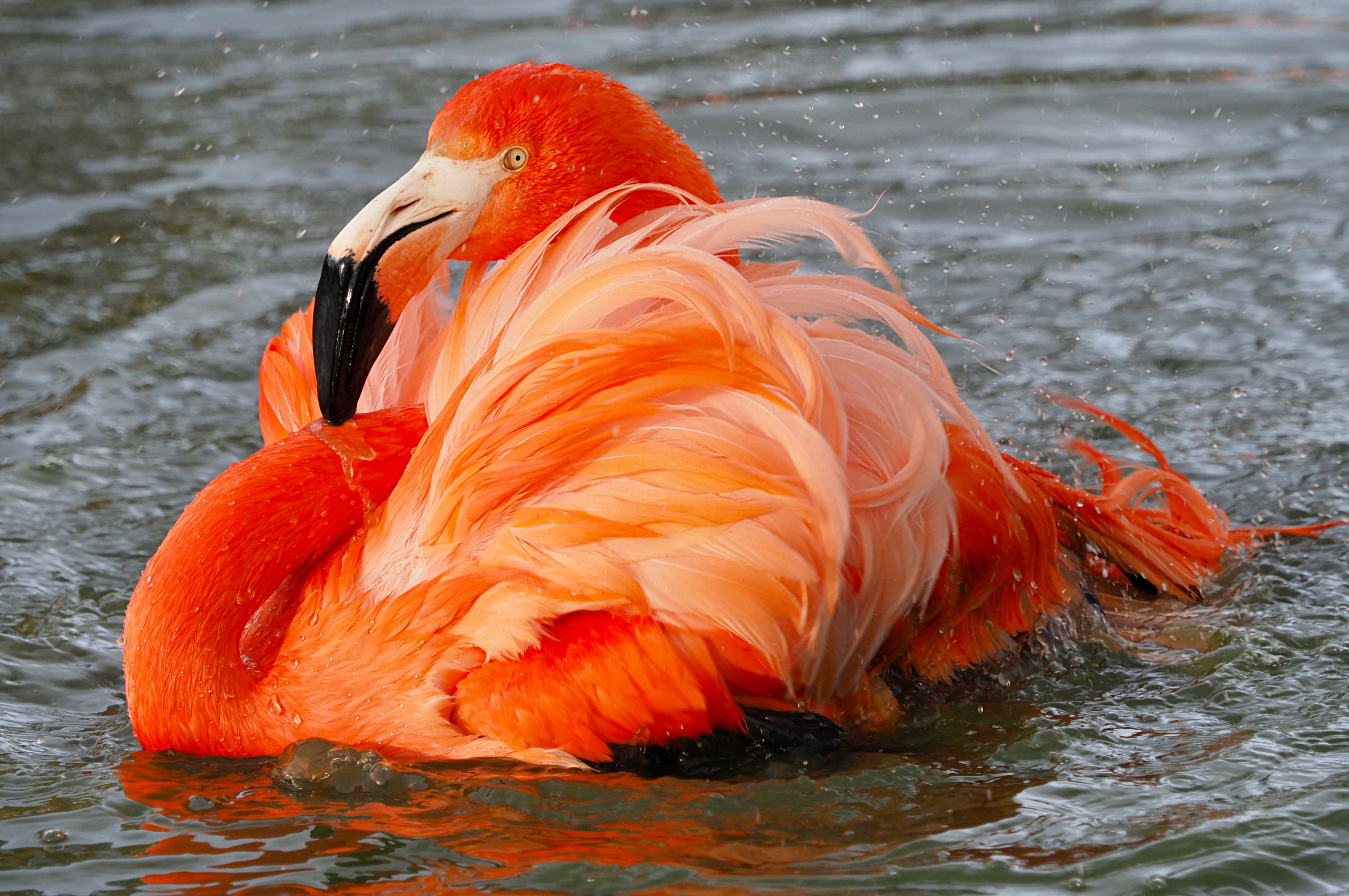 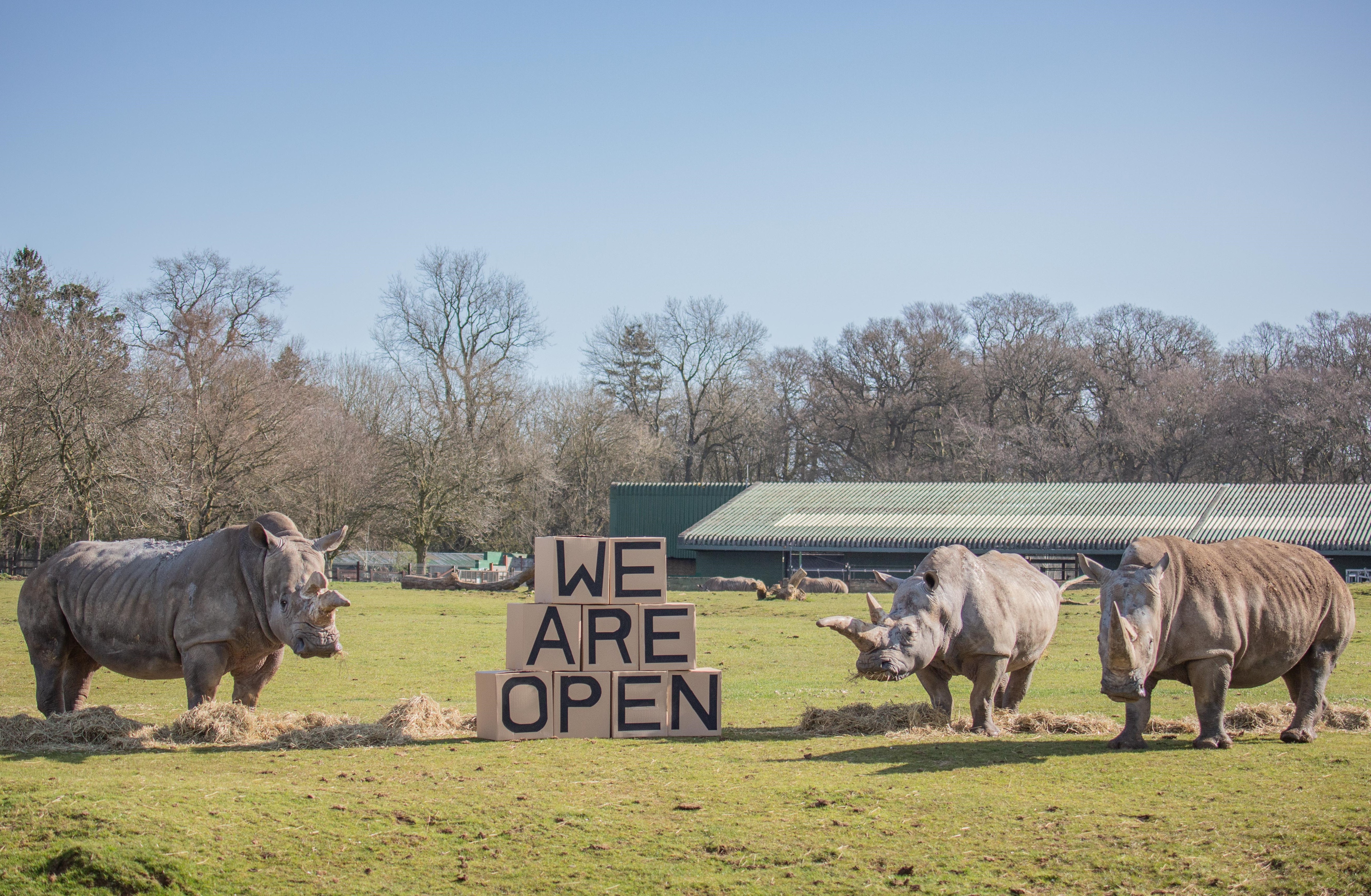 There was more we just couldn’t fit in and that’s with the indoor exhibits closed. They will reopen together with restaurants on May 17 and Hullabazoo Farm, home to rabbits, donkeys and goats, launches its new giant outdoor play area tomorrow.

That can only mean one thing — we’ll soon hear more renditions of “We’re goin’ to the zoo, zoo, zoo.”