ALL flights have been suspended to and from Manila Airport following the eruption of Taal volcano in the Philippines.

More than 8,000 people have been told to evacuate the surrounding towns after the alert level was raised to level four. 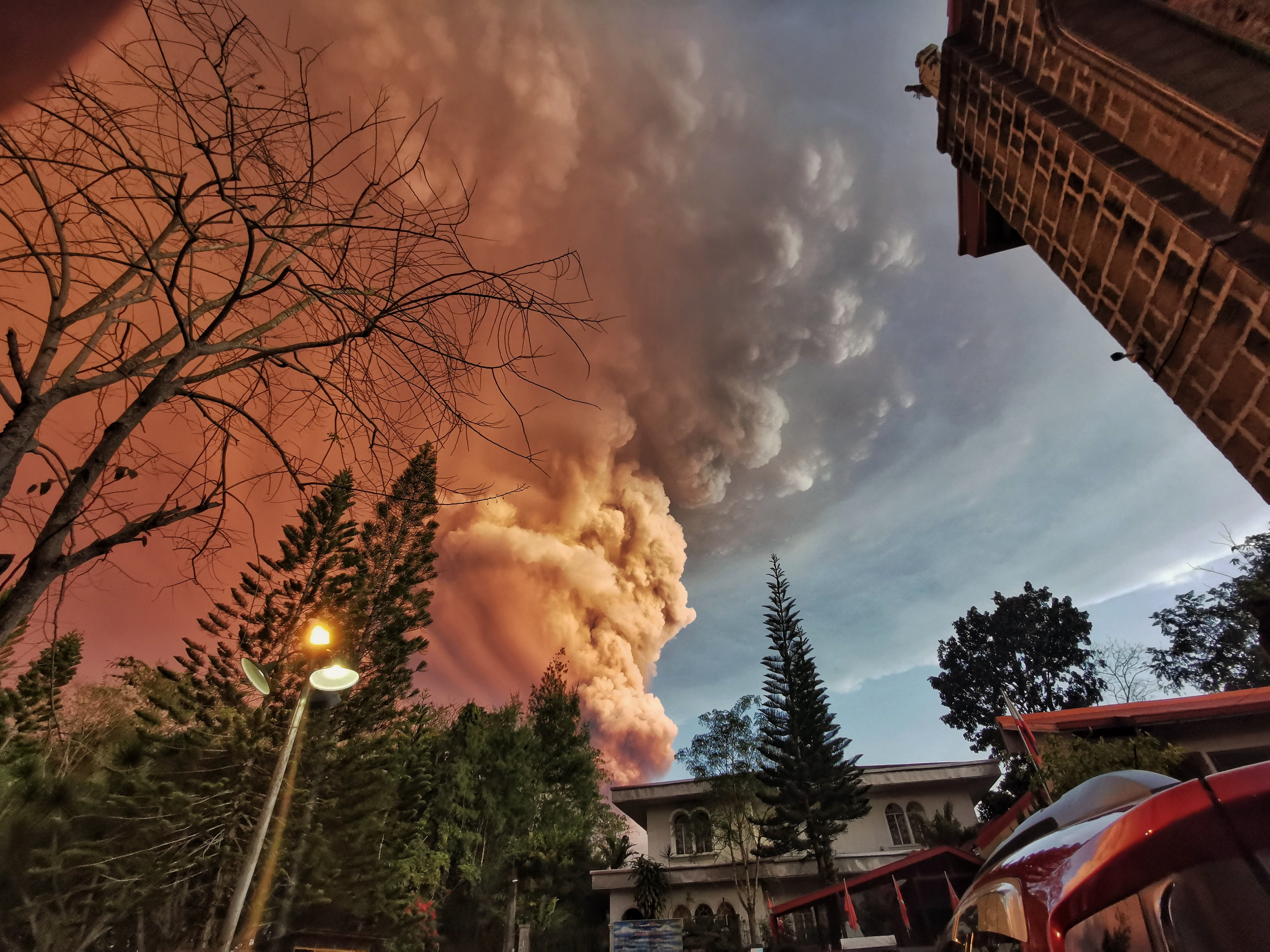 The airport tweeted on their social media account: "Flight operations at the Ninoy Aquino International Airport have been temporarily suspended due to the volcanic ash from the eruption of Taal Volcano.

"Kindly coordinate with your respective air carriers for details on flight schedules."

Philippine Airlines, CEBU Pacific and Air Asia have been affected the most after all flights were grounded.

One woman said she had been stuck at Mactan Airport for 14 hours after her flight was diverted, while another person was stranded in Abu Dhabi. 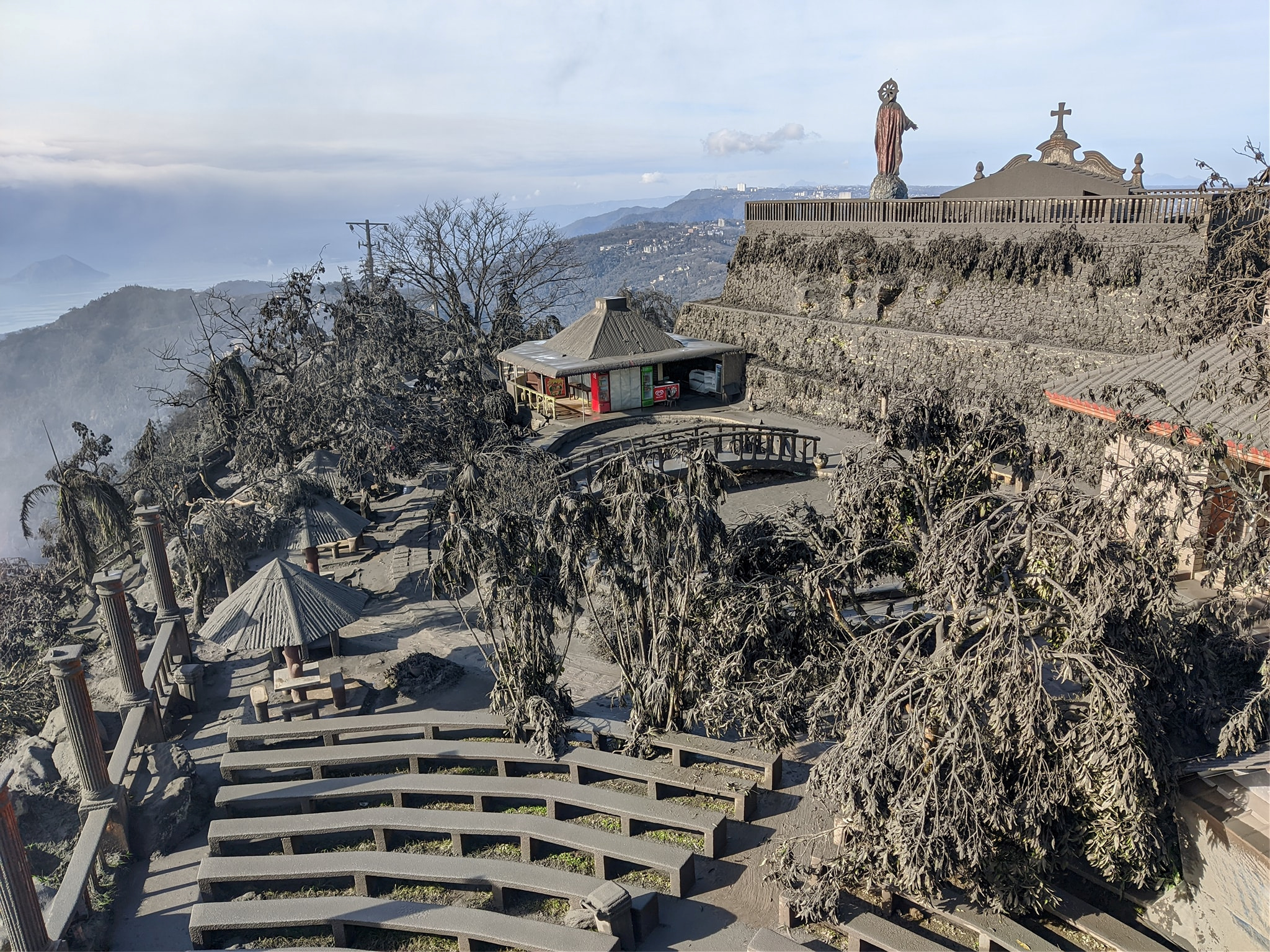 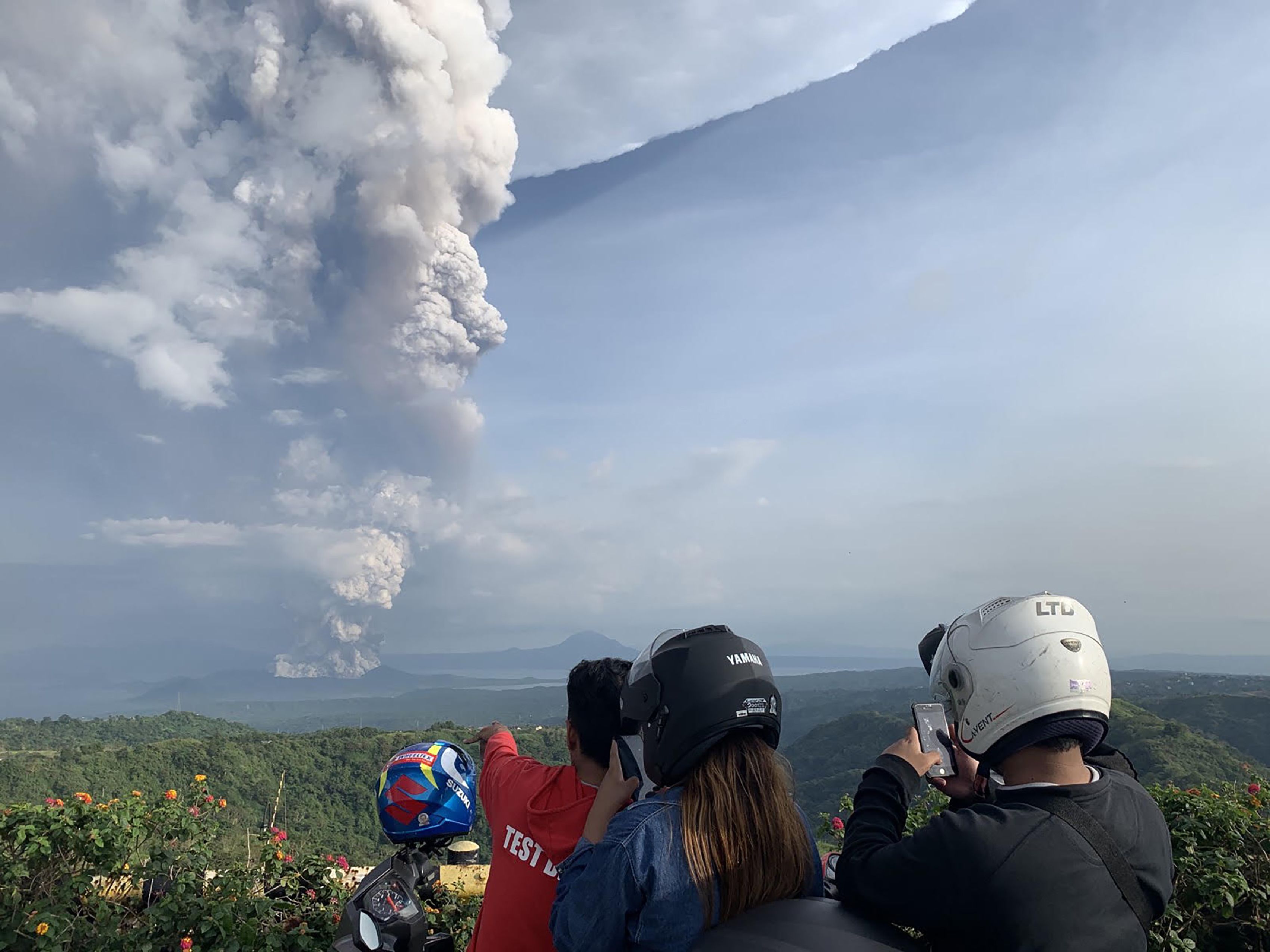 The UK government has updated their travel advice: "The lake Taal volcano 60km south of Manila is experiencing a level four eruption.

"The Philippines’ authorities are currently recommending evacuation of an area within 14km radius of the Taal main crater."

They added: " Also be aware that due to this flights in and out of Manila international airport are subject to disruption. You should consult your carrier.

"In addition, the ash cloud is over Metro Manilla and local government authorities in Manila have begun to advise staying indoors while ash is falling."

The US government has yet to update their travel advice, although the US embassy in the Philippines has warned citizens to "be vigilant". 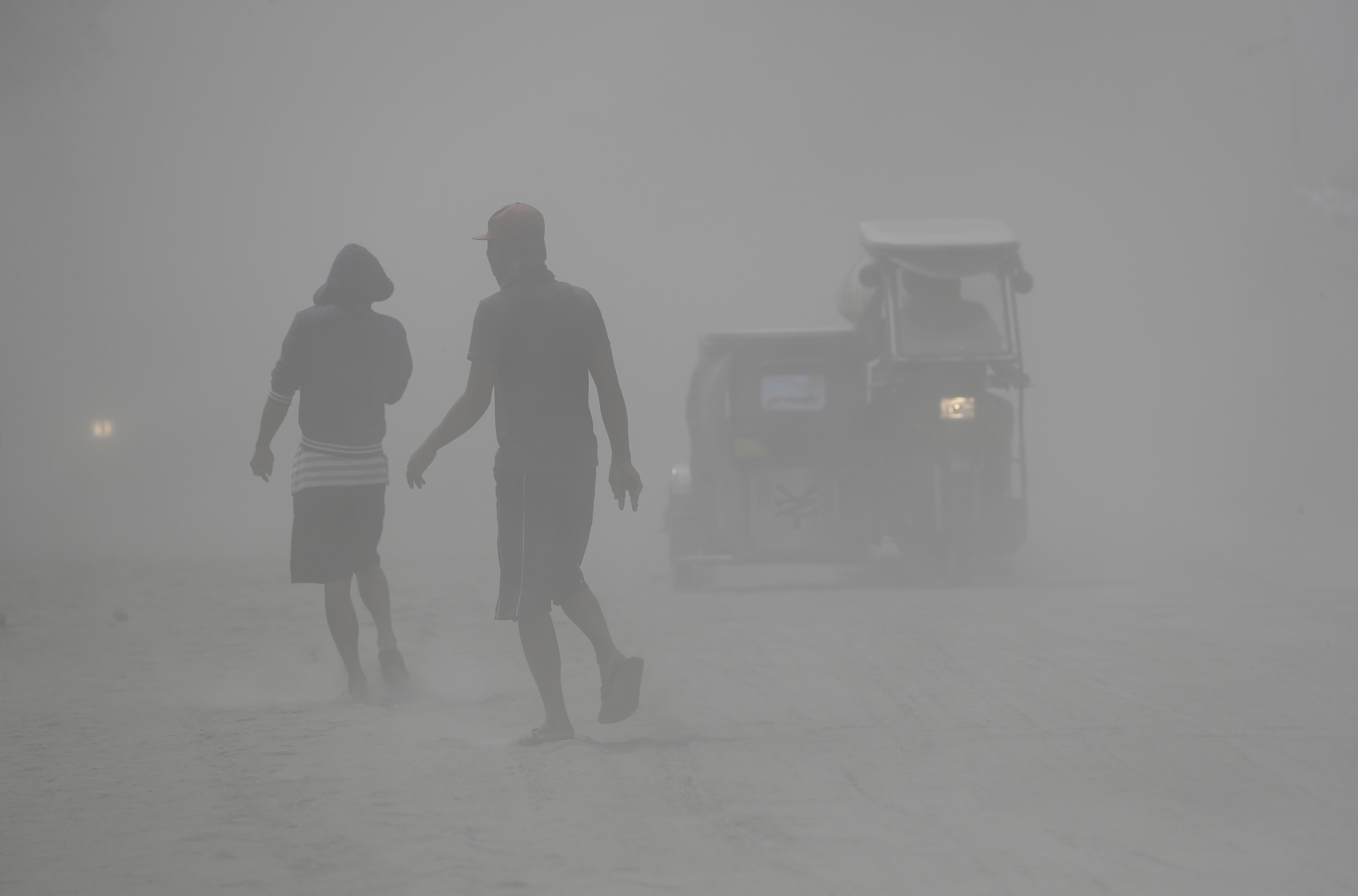 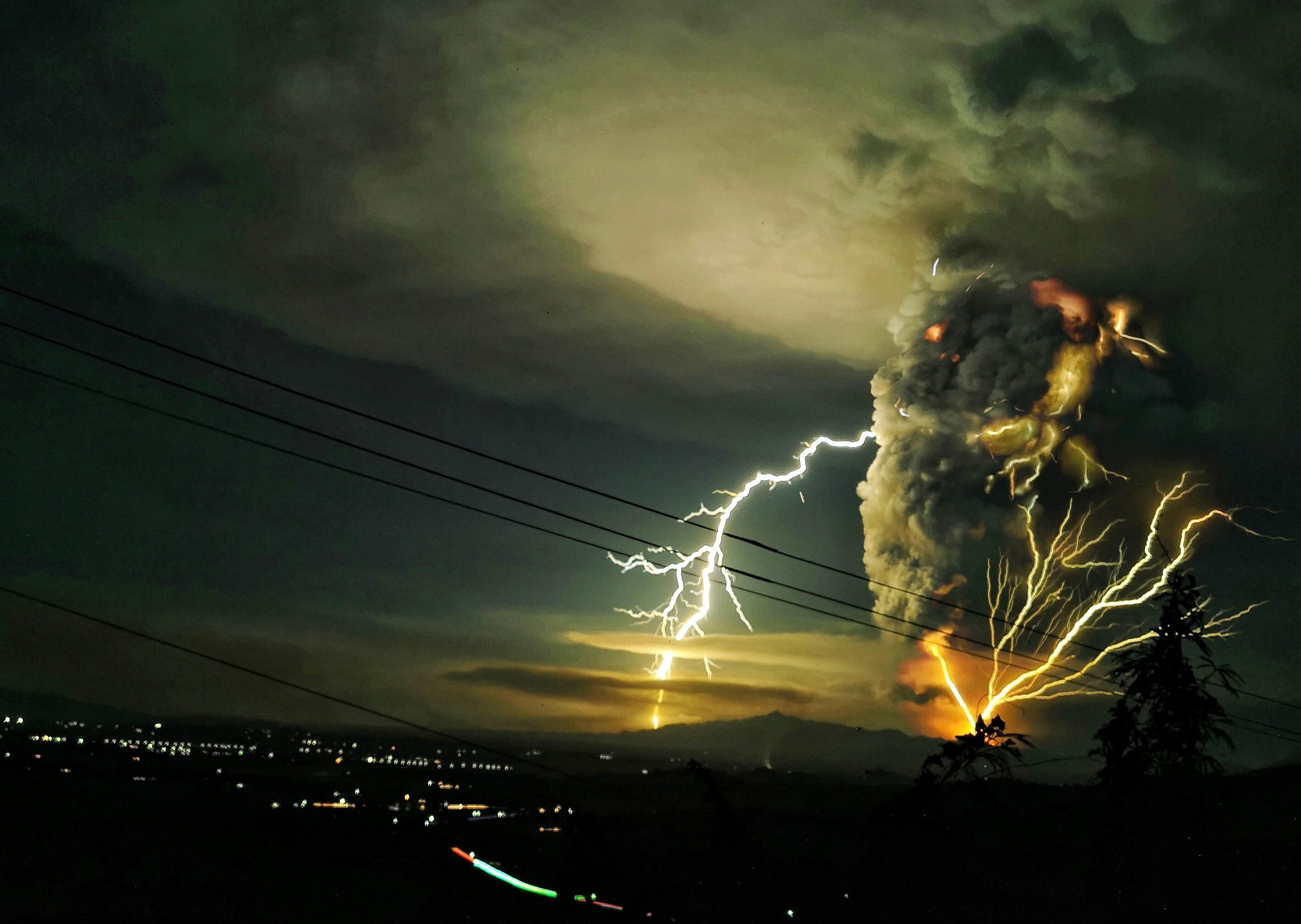 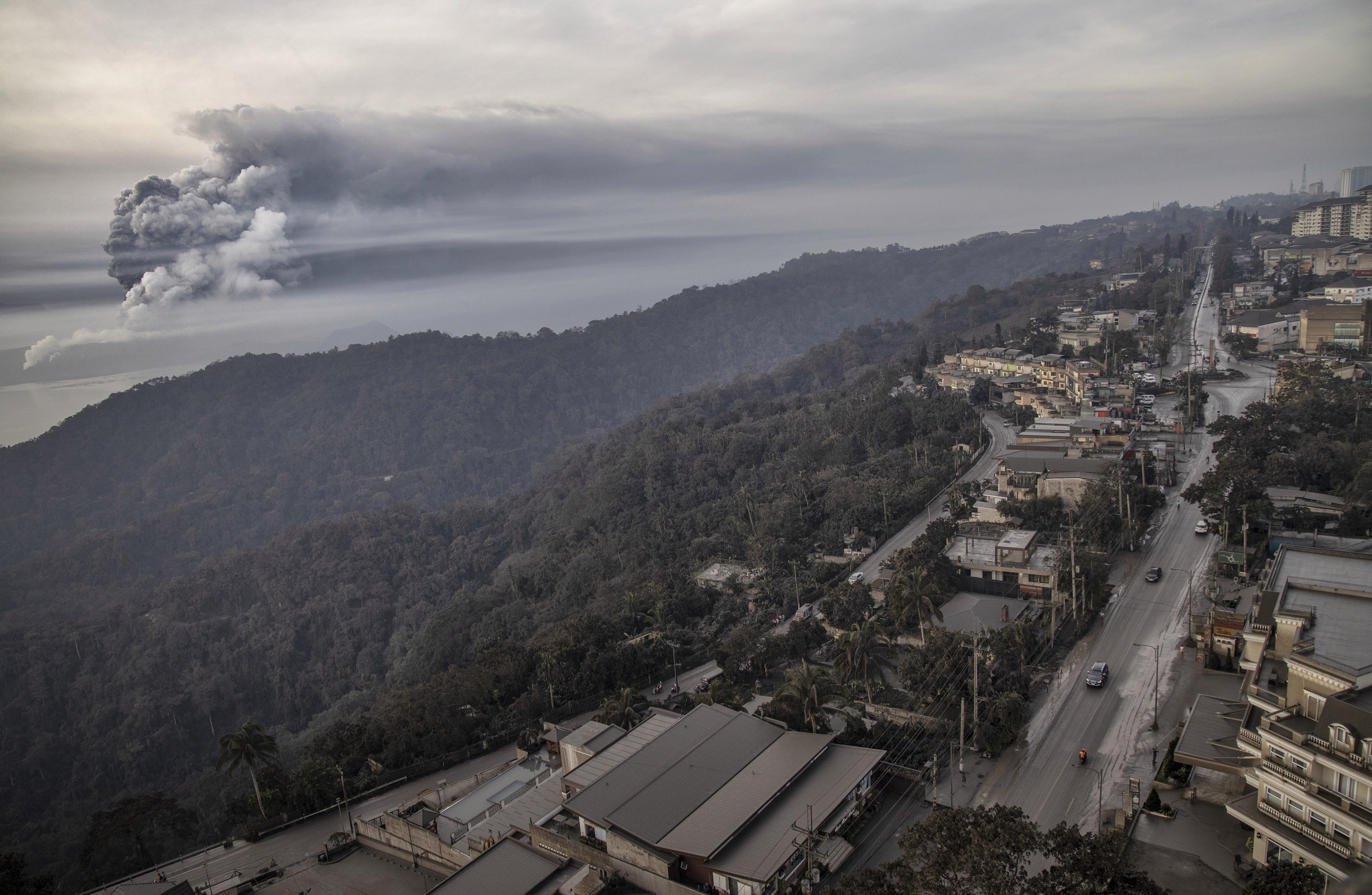 The volcano is one of the deadliest in the world, and is just one of 16 constantly monitored by experts.

The eruption was caused by "volcanic lightning" which is a rare phenomenon caused by highly-charged particles rubbing together in dense ash clouds.

Fears of a tsunami caused by the volcano have been raised.

The most recent eruption of the Taal volcano took place in 1977, although an eruption in 1911 killed approximately 1,500 people.

Last month, 19 people were killed after a volcano erupted in New Zealand while tourists were on the island.

There are around 1,500 active volcanoes in the world, with one erupting every 12 hours on average.

Other dangerous active volcanoes include Mount Agung in Bali and Cumbre Vieja on the Canary Islands.