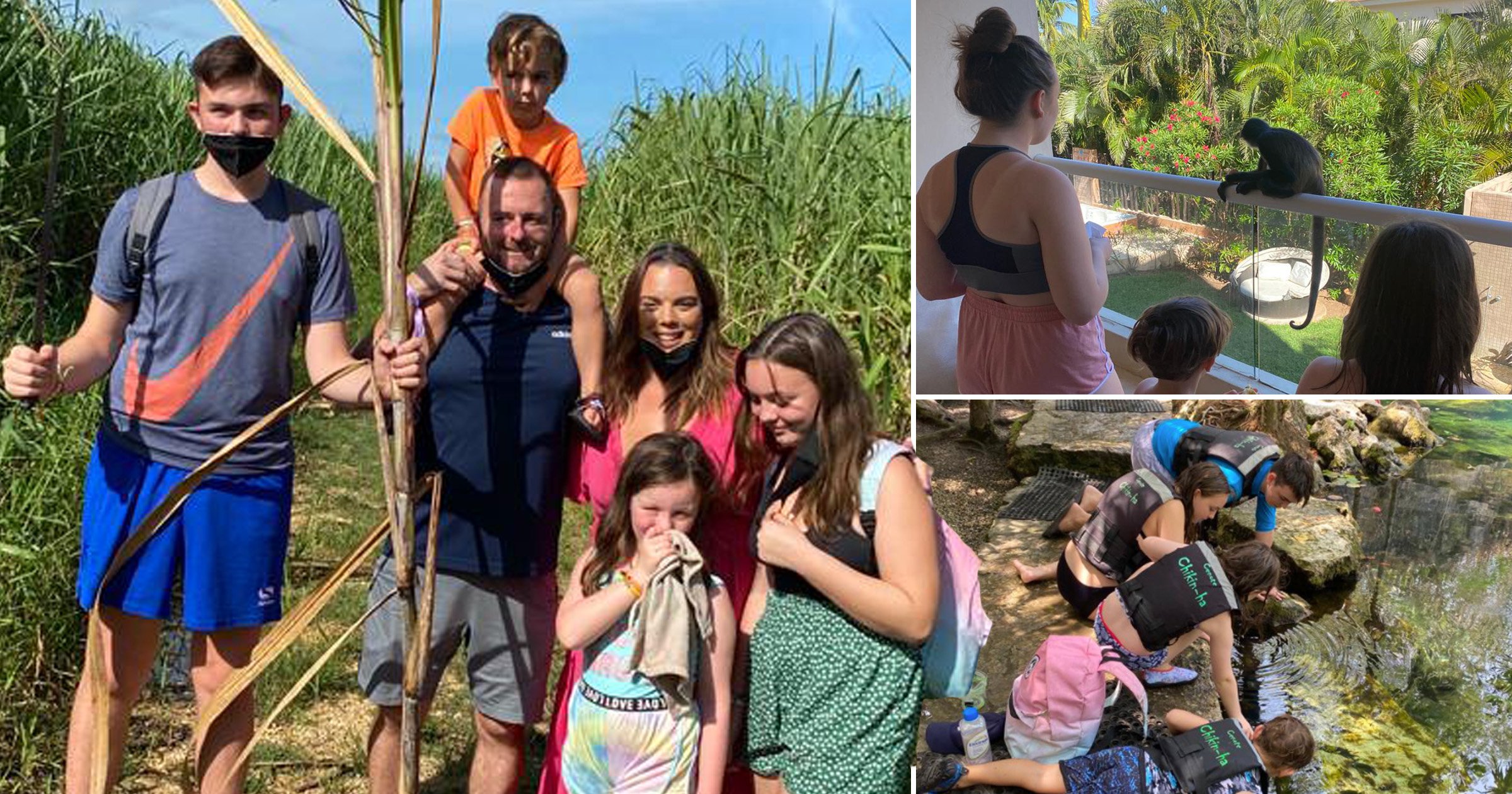 Imagine packing it all in, saying goodbye, and just stepping out freely into the world?

One mum has made this her reality, after she quit her corporate job and hit the road with her five kids and husband, after selling all their things.

She ditched the suburbs and daily grind for a nomad existence.

In 2018, after feeling tired of the stress coming from work and the resulting impact on their mental health, they decided to make a permanent change.

After giving up their jobs, the parents sold the family’s belongings and left the UK – and they both agree it’s the ‘best decision they’ve ever made’.

Despite Covid affecting travel, in the past year the family have now travelled to almost a dozen countries – including Spain, the Dominican Republic, Florida, South Carolina and Mexico.

‘I became a digital nomad because I wanted to give my children a taste of freedom outside of the norms of our current situation,’ Leona said.

‘I want them to experience the world.’

Having five kids, it has been a struggle from time to time, but the mum believes home-schooling is easier on the road.

Leona said: ‘Getting around can be a bit of a nightmare. When we want to go out somewhere it is a bit like that scene in Home Alone where they are all running around trying to pack their suitcases.

‘We usually crack on in the morning with lessons but sometimes we do a mindfulness class.

‘Living this life I’m able to teach them about the world too. Adventures in the jungle have been a favourite of our “world schooling”.

‘After we’ve done a bit of the curriculum, we find ourselves in the afternoon at waterfalls, feeding wild monkeys in Mexico or cutting our own freshly-harvested sugar cane.

‘We do follow most of the curriculum but this way my kids will grow up open-minded.

‘It’s never going to be perfect but I feel like I’m finding the best ways to educate my children outside of the classroom.’

During the height of the pandemic the family were stuck in Marbella for one year – this forced quarantine served to cement the family’s desire for life on the move.

They hire out a villa or apartment where they are staying, and move around with the a hire car or book flights.

Leona said: ‘The kids wouldn’t have it any other way. Especially the little ones – it’s all they’ve ever known really. My son is already planning his solo travels.

‘It’s brought us together as a family and there’s so much more time for family. We don’t want to fall into the mundane patterns of laundry and cleaning stresses!

‘This happens but because of our minimalistic way of life it doesn’t take over.’

She said: ‘It’s been an interesting time – my first scan was in Marbella, the second in Dubrovnik and the last one was in Portugal.

‘I’m living proof you can do it all.

‘Within a month of number six being here I would like to get traveling again.

‘We want to keep this up for as long as we can, so who knows what will happen.’