At the onset of the coronavirus pandemic, with travel restrictions in place worldwide, we launched a new series to help transport you, virtually, to some of our planet’s most beautiful and intriguing places.

This week, after 40 installments, we look back at some of the highlights — from hat-making workshops in Ecuador and the wilds of Alaska to lush Zambian valleys.

A Glimpse Inside the Secluded World of a Georgian Convent 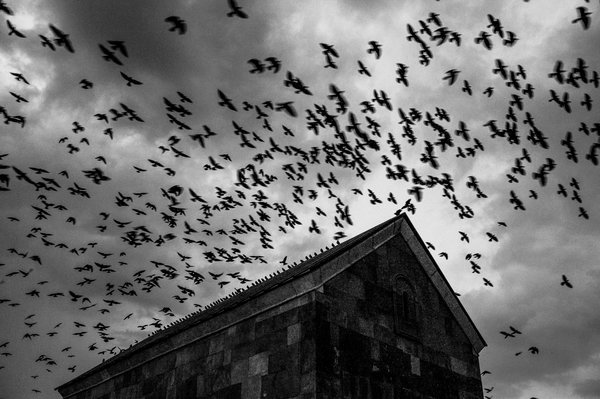 A decade ago, the photographer Robert Presutti accompanied a friend to a convent in rural Georgia: the Phoka Nunnery of St. Nino. A nun and two novices had moved to the area years earlier and had begun resurrecting an 11th-century church from its ruins.

Led by the abbess, Elizabeth, the group of three slowly grew, so that by the time Mr. Presutti visited, the convent comprised six nuns and one novice. By then, the church had been completely restored.

“At a time when change is coming rapidly to everyone, these nuns are quietly offering the world their prayer — and finding ways to sustain age-old traditions. To me, that is their greatest legacy.”

Read more about the Samtskhe-Javakheti region of Georgia »

Behold Vermont, From Above

Caleb Kenna has worked as a freelance photographer for more than 20 years, traveling Vermont’s back roads, making portraits and capturing the state’s varied landscapes.

Until a few years ago, he hired airplanes to climb skyward and create aerial pictures. Nowadays he uses a drone.

See more of Vermont, from above »

From Iraq, an Intimate Glimpse of the Religious Holiday of Arbaeen

Every year, millions of pilgrims descend on Karbala, a usually quiet desert city in central Iraq, to commemorate the religious holiday of Arbaeen, one of the largest organized gatherings of people in the world. In 2019, when a small group of journalists was invited to attend, the photojournalist Andrea DiCenzo jumped at the chance to go.

The event is a spectacular display of grief, mourning and religious ecstasy. It commemorates the death of one of Shiite Islam’s most important leaders, Imam Hussein, a grandson of the Prophet Muhammad.

“In recent years, Iraqis and Iranians have been joined by hundreds of thousands of religious tourists from a growing number of countries outside the Middle East, including the United Kingdom, Bosnia, Pakistan, Malaysia and Australia.”

Commuting, and Confronting History, on a Remote Canadian Railway

The Tshiuetin line is a remote railway that runs through rural Quebec. Named after the Innu word for “wind of the north,” it is the first railway in North America owned and operated by First Nations people — and has become a symbol of reclamation and defiance.

Since 2015, during her many journeys aboard the train, the photographer Chloë Ellingson has documented the passengeres, the route and the communities it serves.

“On any given trip on the Tshiuetin train, most passengers are regulars. Some are heading to hunting grounds — like Stéphane Lessard, whom I met en route to his friend’s cabin, which he has been frequenting for 17 years.”

Read more about the Tshiuetin line »

A Montecristi superfino Panama hat is creamy as silk, costlier by weight than gold, and the color of fine old ivory. It is as much a work of art as it is of fashion.

The finest specimens have more than 4,000 weaves per square inch, a weave so fine it takes a jeweler’s loupe to count the rows. And every single one of those weaves is done by hand. No loom is used — only dexterous fingers, sharp eyes and Zen-like concentration.

The writer and photographer Roff Smith became interested in the hats about 15 years ago, when he read about straw hats that could cost many thousands of dollars.

“I began researching the hats, made a trip to Ecuador — where all true Panama hats are woven — and discovered this curious, and gently anachronistic world of the hat weavers of Montecristi.”

Read more about the artisans behind Montecristi superfino Panama hats »

Swimming With the Sea Lions of Los Islotes

Sea lions are often referred to as “dogs of the sea.” On a small island off the Baja coast, where the playful animals populate every rocky outcropping, they live up to their nickname.

The photojournalist Benjamin Lowy visited the area in 2017 on one of his first underwater assignments, after years spent covering war, politics and sports.

“Diving there was a transformational experience. Alone, floating in the open water, I found peace among these playful animals.”

Read more about the sea lions of Los Islotes »

In Search of Zambia’s Stunning Wildlife: A Virtual Safari

Although highly appreciated by safari aficionados, Zambia has long flown under the radar for first-time visitors to Africa, overshadowed by its better known regional neighbors: Tanzania, Kenya, Botswana and South Africa.

But this landlocked country boasts some of the continent’s best national parks, primarily those lining the crocodile- and hippo-infested Luangwa River.

The photographer Marcus Westberg first set eyes on the muddy-brown Luangwa when he was 23 years old. He’s been back — and to the neighboring Luambe and North Luangwa national parks — half a dozen times since.

“In Zambia, there’s something for everyone. The wildlife viewing in parts of South Luangwa can rival that of most of Africa’s top safari destinations. In Luambe you may literally have an entire park to yourself.”

Read more about wildlife in Zambia »

Shearing Sheep, and Hewing to Tradition, on an Island in Maine

Three miles off the coast of Maine, in a remote area northeast of Acadia National Park, lies a cluster of islands populated only by sheep. The Wakeman family, who live on the nearby mainland, are the year-round caretakers; they maintain the traditions of island shepherding, the cycles of which have been largely unchanged for centuries.

At the end of lambing season, a community gathers to help round up and shear the sheep. The volunteers — around 40 people — include a handful of knitters and spinners; they often wear sweaters made of Nash Island wool.

The photographer Greta Rybus began documenting the Wakemans and the islands in 2019.

“Some of the sheep spend their entire lives on these islands, from birth to death. They become the islands. Their sun-bleached bones are entrenched in the earth, embedded in the grassy knolls and wetlands where they once grazed.”

Southeast Alaska is inseparable from the Tongass National Forest, with the mountainous western edge of the North American continent giving way to the hundreds of islands that make up the Alexander Archipelago. The landscape is blanketed with Western hemlock, red and yellow cedars, and Sitka spruce.

But the lifting of logging restrictions may indelibly alter the region’s character.

The photographer Christopher Miller grew up exploring the fringes of the Tongass National Forest, which sits just outside his backdoor in Juneau and stretches for hundreds of miles along the coast. In 2019, he documented a 30-mile trip along the Honker Divide Canoe Route, which runs through the national forest.

“I let the fragrant cedar smell wash over me for a few more moments before opening my eyes and shouldering my pack farther into the forest.”

A Visit to 5 of Patagonia’s Most Remote Schoolhouses

Known for its soaring, glacier-capped Andean peaks and its labyrinth of fjords, Magallanes — in southernmost Patagonia — is Chile’s largest but second-least-populated region.

Daily existence here requires tenacity and resilience. Community life is facilitated in part by an unlikely source: a network of rural schools.

After coordinating with local educational authorities and teachers, and with the blessing of the students’ parents and guardians, the photojournalist Andria Hautamaki spent over a month in 2019 traveling to five such schools.

“The coronavirus pandemic has upended educational routines all around the globe, and many schools in Chile have pivoted to remote learning. But rural Chilean schools face particularly difficult challenges.”

The Ghosts of Segregation

Several years ago, the photographer Richard Frishman began to document vestiges of racism, oppression and segregation in America’s built and natural environments — lingering traces that were hidden in plain sight behind a veil of banality.

Some of Mr. Frishman’s pictures capture sites that were unmarked, overlooked or largely forgotten. Other photographs explore the Black institutions that arose in response to racial segregation. A handful of the pictures depict the sites where Black people were attacked, killed or abducted — some marked and widely known, some not.

“Slavery is often referred to as America’s ‘original sin.’ Its demons still haunt us in the form of segregated housing, education, health care, employment. Through these photographs, I’m trying to preserve the physical evidence of that sin — because, when the telling traces are erased, the lessons risk being lost.”

Read more about the “Ghosts of Segregation” »

The waters surrounding Britain are speckled with thousands of small islands, only a small fraction of which are inhabited.

Among those who call Britain’s small islands home are a collection of wardens — caretakers who spend their lives in quiet solitude, away from the crowded corners of our urban world. Their role: to maintain and manage the preservation of their small speck of land, often while conducting research into delicate ecosystems.

Over the past three years, the photojournalist Alex Ingram has been visiting some of these remote islands, spending at least a week on each.

“I fell in love with the way of life on the island — the people, the landscapes, the pace.”

Read more about the caretakers of Britain’s small islands »