“We deeply apologize for causing inconvenience to customers due to the omission of some glass barrier coatings and the operation of the blinds when using some spaces in the women’s sauna,” reads a message posted to the website of the Grand Josun Jeju, one of several Korean hotels operated by Josun Hotels and Resorts.

The hotel’s operators added that the sauna facilities have been closed while corrective actions are “taken immediately.”

News of the see-through sauna was first brought to light by a husband who honeymooned at the Jeju property with his new wife just before Lunar New Year last week. Sharing his account online, the man claimed that they had used the saunas, which included a bathroom and shower, for two days — sometimes without covering themselves with towels — before he later realized he could see into the second-floor facility from outside. 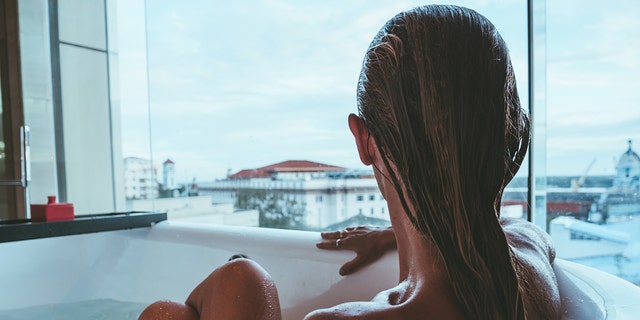 The hotel’s operators say the sauna facilities have been closed while corrective actions are "taken immediately."
(iStock)

He further claimed that many guests, including female minors, were likely exposed since the hotel’s opening in January.

The man alleges that he informed staff of the issue, only to again be told that the outside of the windows were “mirror-coated,” and that blinds are usually drawn over the windows at night, but were accidentally left up “by mistake” on the evening he observed the exposed sauna.

The customer added that when he continued to complain, the hotel staff called local police to report him for disrupting the business.

“I’m so angry. My honeymoon, which should be full of happiness, has become my worst memory,” he wrote, adding that he had paid over 800,000KRW, or around $725, per night for his suite.

“I am even receiving psychiatric treatment for the shock of taking a shower naked,” he wrote.

In response, the hotel issued the aforementioned apology, but also promised to “provide more thorough guides to protect the privacy of our customers and actively take measures to prevent the same cases from occurring.”

“We apologize once again for the inconvenience we have caused to our customers, and we will do our best for your safety and convenience,” they wrote.

An executive with Grand Josun further told the Korea Times that the blinds on the outside of the sauna windows, which were previously only used depending on “time and weather,” would be pulled down “at all times.”

Police are also said to be investigating the incident.