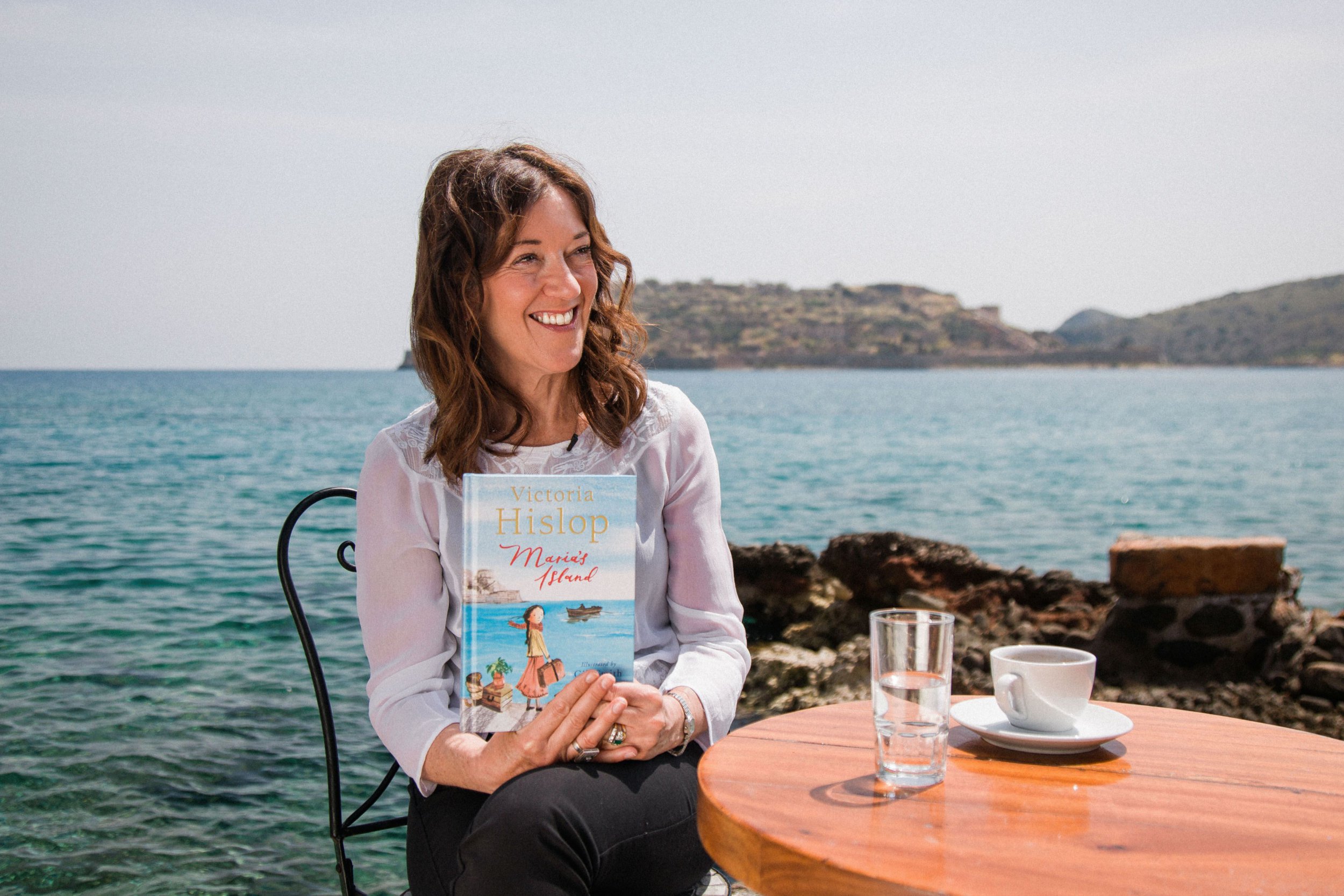 Victoria Hislop is a master at bringing the breathtaking islands and towns of Greece to life in the pages of her novels.

But she also has some fascinating travel stories of her own to tell.

From dodging bears in the Greek mountains, sleeping with rats in India and eluding the Venetian police, she shares some of her best moments on the road.

What is your favourite on-the-road moment?

It was during a road trip around Greece on a book tour with my press officer. We were in Crete, on our way to a town called Sitia, and we pulled over for a break.

There was a little sign for a gorge and at the end of the path we found this spectacular waterfall.

It was so huge it had created a deep pool at the bottom, so the only thing to do was strip off and jump in.

It was one of those pinch-me moments. It was such a beautiful spot.

And your favourite city?

Athens. It’s confusing, chaotic, dusty, noisy and exciting for all those reasons, yet you can always find somewhere quiet to stop and have a coffee.

Unlike New York, which is on a grid, in Athens you have absolutely no idea what direction you’re going in. The Parthenon is a good landmark, though.

The place I love most, like an oasis in the city, is Kolonaki. It’s one of the more traditional neighbourhoods with smart cafés and shops.

When have you been most frightened while travelling?

It was during another book tour in Greece. We were driving in the north, where it’s incredibly mountainous.

A thick fog came down so we pulled over, only to find a massive sign saying ‘beware of bears’.

I wasn’t sure what was worse – being attacked by a bear or driving off a mountain road.

What has been your most life-changing moment while travelling?

Coming across the island of Spinalonga off Crete. I was on holiday with my kids, then aged eight and ten.

I didn’t think they would be interested in visiting old ruins so when I read about this former leper colony I thought it might be quite interesting.

Despite people being sent there to die, they made a life with a school, houses, a hospital and a church. I found it incredibly moving and it inspired me to write my first novel, The Island.

What’s the worst meal you’ve ever had abroad?

It was at a fancy restaurant in the Albi region of France. One of the courses was something that looked like a mushroom smothered in a cream and brandy sauce.

It was very chewy. It turned out it was a cockerel’s comb.

Before my husband Ian and I were married, we travelled around India. In Cochin, we found a nice-sounding cheap place to stay called Bolgatty Palace.

Unfortunately, it was monsoon season and after we went to bed it started pouring. Our room started swarming with rats that were trying to escape the rain.

We packed up and tried to sleep in the lobby but it leaked. After that, we vowed to only stay in the best hotels.

And the best place you’ve stayed?

The Four Seasons in Hong Kong (rooms from £256 per night).

It has a rooftop swimming pool and I was up there with the lights of the city spread out below, thinking, ‘It doesn’t get much better than this.’

Have you ever come close to being arrested?

Yes – I was at a friend’s party in Venice with loud music and dancing on her rooftop.

A group of us left at about 1am to find the carabinieri waiting outside. I think there’s a rule that you can’t make noise after 10.30pm. We denied we’d been anywhere near this racket and hurried off.

Where are you hoping to go next?

I’m heading back to Crete, where we have a house. We’re filming one of my books there so I’ll be around to see how it’s going.

Maria’s Island by Victoria Hislop, illustrated by Gill Smith (Walker Books), is out now at Waterstones