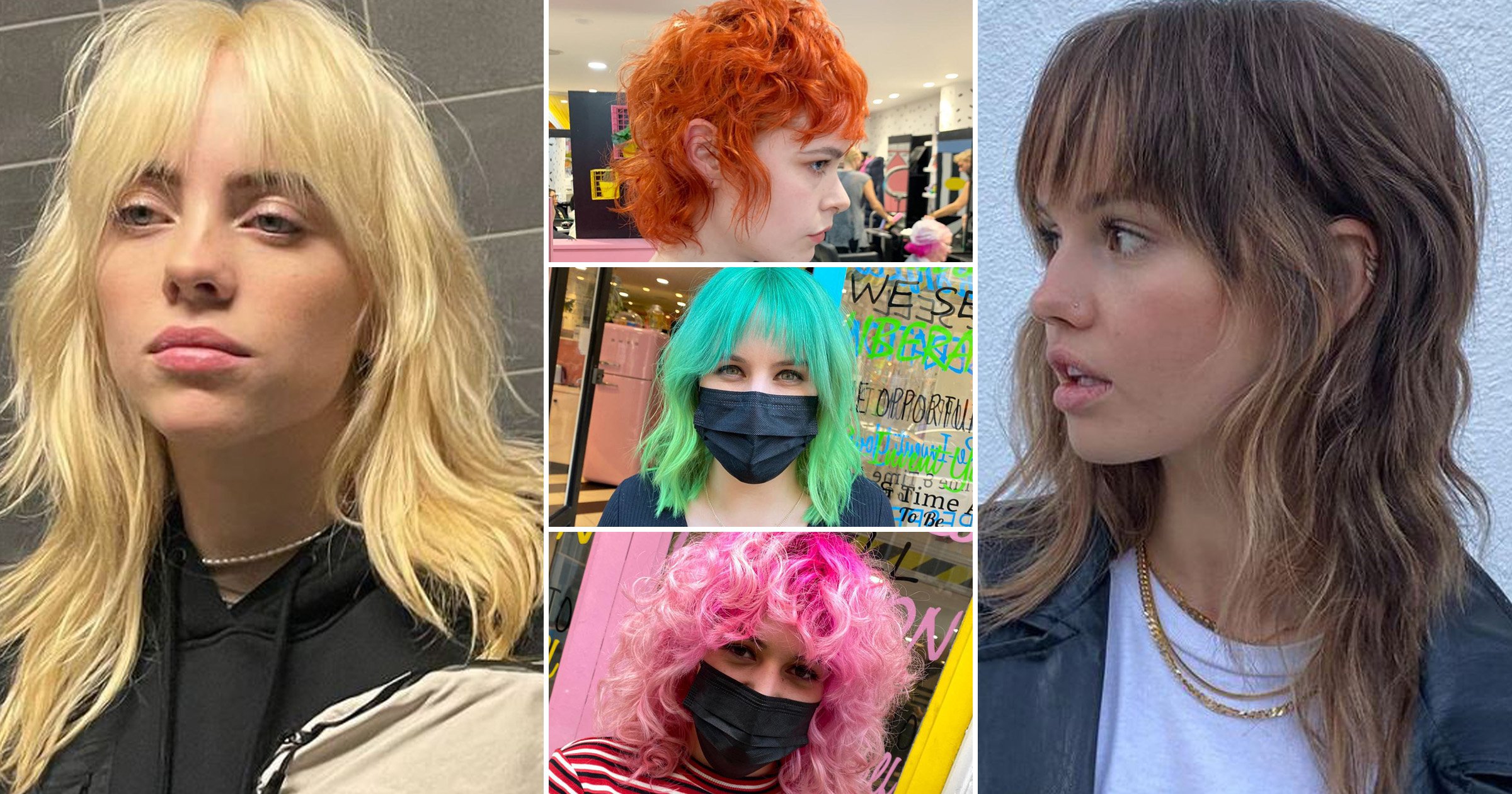 TikTok has brought us more than we ever asked for, including a new found love for Little Moons, helpful fitness hacks, and bizarre micro-trends.

Now it’s behind the sudden interest in the ‘wolf cut’, which is essentially a modernised take on the old school mullet.

It’s shaggy, multi-layered, fringed, and one of those effortlessly cool styles that make you look like you’ve just rolled out of bed – but in a good way.

The trend first picked up speed in Korea, and it’s travelled over to the West thanks to social media.

On TikTok the hashtag has already seen over 155million views on the app and on Pinterest search is up by 75%, so it’s clearly inspiring lots of post-lockdown haircuts.

Over on the app that made the cut viral, there are plenty of videos showing people trust their friends to hold up their ponytail then cut a chunk off – the result of which is supposed to give layers at varying lengths.

Though as with all DIY cuts, the success rate varies.

Jonathan Andrew, global ambassador at hair brand Fudge Professional, tells Metro.co.uk: ‘The wolf cut is pretty much a mullet cut but with a new name.

‘You can blame TikTok for the very recent revival but it’s a style that’s been popular with the K-Pop kids for a while now, but I also think that with lockdown and people not being able to get into their hairdressers, their hair has grown longer and wilder, so they’ve been up for experimenting more.

‘It’s a style that’s very much being worn by the Gen Z’ers.’

In terms of what to ask for at the salon if you’re taking inspo from the wolf cut, he says: ‘It’s a textured cut shorter at the front, usually with a fringe at eyebrow length, and left longer at the back.

‘It tends to be worn with more texture and a natural finish,’ rather than being perfected in appearance.

‘It’s definitely a cut to leave to the professionals – they’ll be able to cut and style so it suits your face shape ensuring the depth of the cut at the front is aligned to suit your face, whilst the back is cut to encourage a natural finish when styling,’ he adds.

Another TikTok content creator warned that in order to get it to look as cool as the hashtag would have you believe, you need to invest time in styling it, otherwise the layers will hang flat and awkward.

Jonathan advises letting your hair dry naturally if it has body this way, and to ‘use your fingers rather than a brush’.

Otherwise to add texture, you can dry it with heat and use a styling iron, rather than a tong, for soft waves.

‘Set the look using a texturizing product like Fudge Professional Surf Paste for that rough, undone look ideal for wavy styles,’ he suggests.

And what about colour?

The wild and ‘rough around the edges’ appearance of this cut lends itself to well to experimenting with playful colour.

Sophia Hilton, founder of Not Another Salon, says that while she normally tells clients to go for ‘a more powerful cut or colour’, this ‘braver’ style does well with both.

She tells us: ‘For colour I recommend going with something that’s easy to top up at home.

‘Crazy Color (a treatment available at the salon) is great for that because once I’ve done the bleaching in the salon, my clients do all of their own topping up in the shower.

‘It’s more convenient and keeps costs down. A lot of shag and wolf cuts grow out well, but if you are used to going to the hairdresser once a year this is not for you.’

To maintain the shape, Sophia says it’s a cut that needs regular appointments.

The wolf cut won’t be the last hair trend that’s popularised by TikTok, but it’s the one we’re feeling right now.