“Ladies hear me out. Imagine if we had a GIRLS ONLY gym!!! Ugh a dream,” stated a tweet in late September 2020. The post received more than 52,000 retweets, more than 300,000 likes, and nearly 9,000 comments—one of them from Samaiyah Williams. “We do!” she wrote. “I just opened a women-only gym called Her Flex Fitness in Maryland! Ladies, come check me out!”

With her tweet, Williams uploaded a video of the new space. The camera panned over turf, weight racks, and clients doing pullups, rows, and squats. The responses included memes featuring women hurriedly driving, requests for membership details, and praise coupled with asks to launch spaces in Miami, L.A., and London. 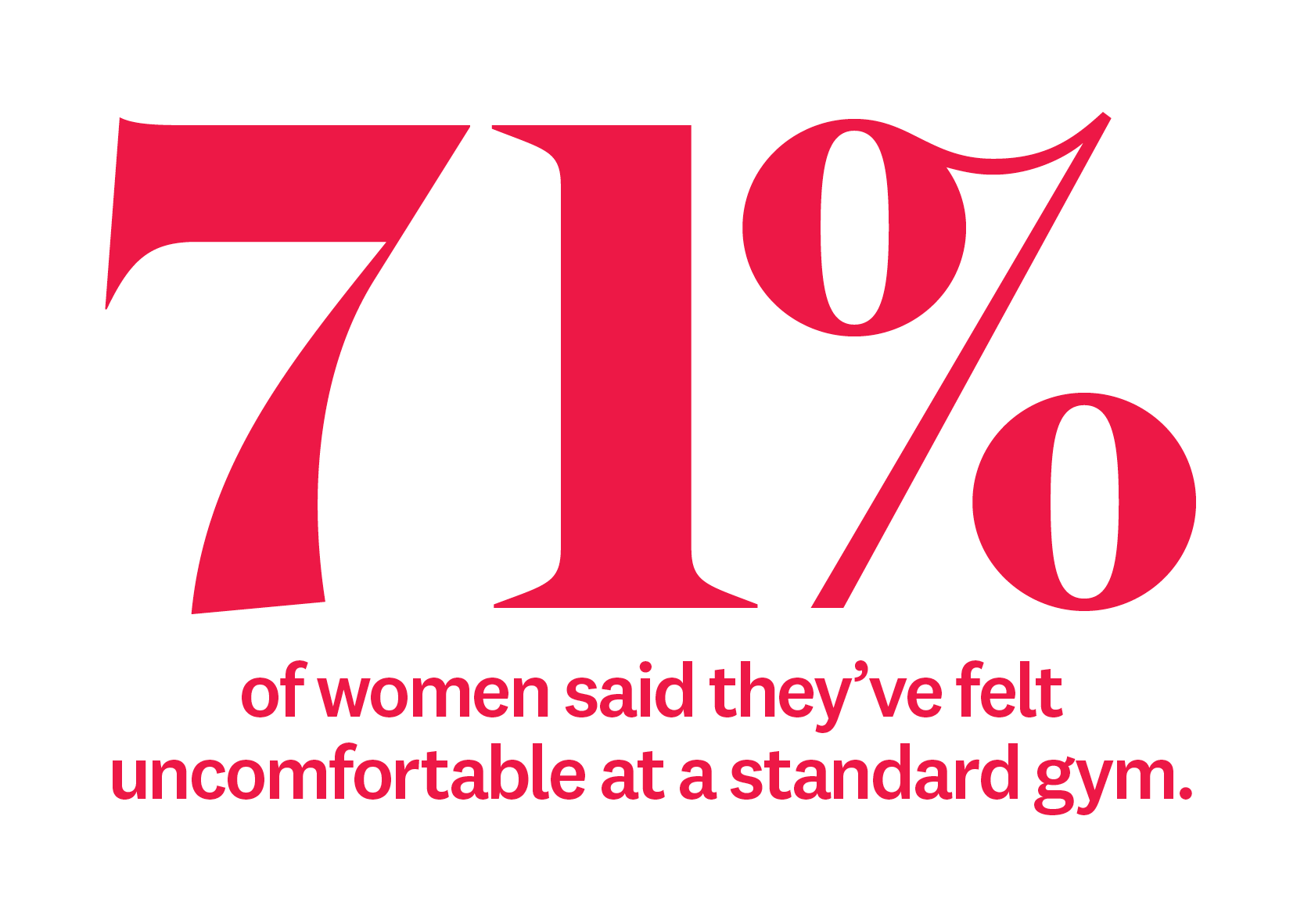 It had long been a dream of Williams’s to open a gym of this kind, but not until the COVID pandemic did she get the push to make it a reality. “I actually owned another gym,” she says. But after stay-at-home orders went into effect and her gym shifted to virtual classes, women’s attendance rates suddenly boomed. She suspects the shift was because they were looking to practice self-care, and this new way of exercising “gave them the opportunity to do that in the comfort of their own homes,” she says. And when she dissolved her partnership with her co-owners in May and the locale shut down, she pivoted to hosting outdoor workouts at her home. The clients who showed up in masks on those hot summer days were all women too.

For the first time, she had reason to tailor her programming only to them. She used encouraging language, reminded them to find beauty in strength, and considered stigmas around women’s physiques when answering questions about the benefits of weight lifting. Before long, she decided to make her female-focused community permanent and found a brick-and-mortar space.

More than a year of a rapidly changing fitness landscape enabled women to curate their workout spaces with roommates, family, and online friends in a never-seen-before way. Gone are the days of being sidelined by men crowding the weights; no more ogling to put up with. And the unsolicited annoying gym advice? Nonexistent. All of this led to new connections with others who had similar goals and paved the way for building a network that’ll hold you accountable and lift you up.

“The community brings together an eclectic group of women from different walks of life.”

And in this unprecedented time (finally, a positive spin on the phrase!), many women reflected on whether their pre-pandemic fitness environments were fully meeting their needs. “As people emerge, they’re thinking deliberately about how to spend their time and money, and the gym is no exception to that,” says Natalia Petrzela, PhD, an associate professor of history at The New School and author of a forthcoming book about fitness culture in America, Fit Nation. She compares it to being on an elimination diet: You’re learning what you want to add back in and how, Petrzela explains, be it choosing how you’re going to exercise, where, or with whom.

No doubt, change is afoot. Discover more of the pluses of sweating in a way you genuinely look forward to.…

Women-centered gyms are not a new concept—they first emerged in the 1930s and were repopularized in the ’70s (think: aerobics classes). But as ideas of what it means to be “fit” evolved, so have these spaces. “Gyms of the past laid on conventional femininity, in that they were pink, had lighter weights, and sold ideas of grace and slenderness,” says Petrzela. Today, founders are creating sanctuaries tethered not to ideals of what the body looks like, but of what it can do. Empowerment is paramount.

“We realized as soon as we started the business that it takes more than physical competence for women to be the most confident versions of themselves,” says Jacey Lambros, cofounder of Jane DO, a chain in New York and New Jersey. At the studio, achieving strength isn’t necessarily the end goal, but the starting point from which members can excel in all aspects of life. It’s why Lambros and her cofounder, Danielle DeAngelo, host expert panels where members can ask questions about sex, mental health, and relationships too. 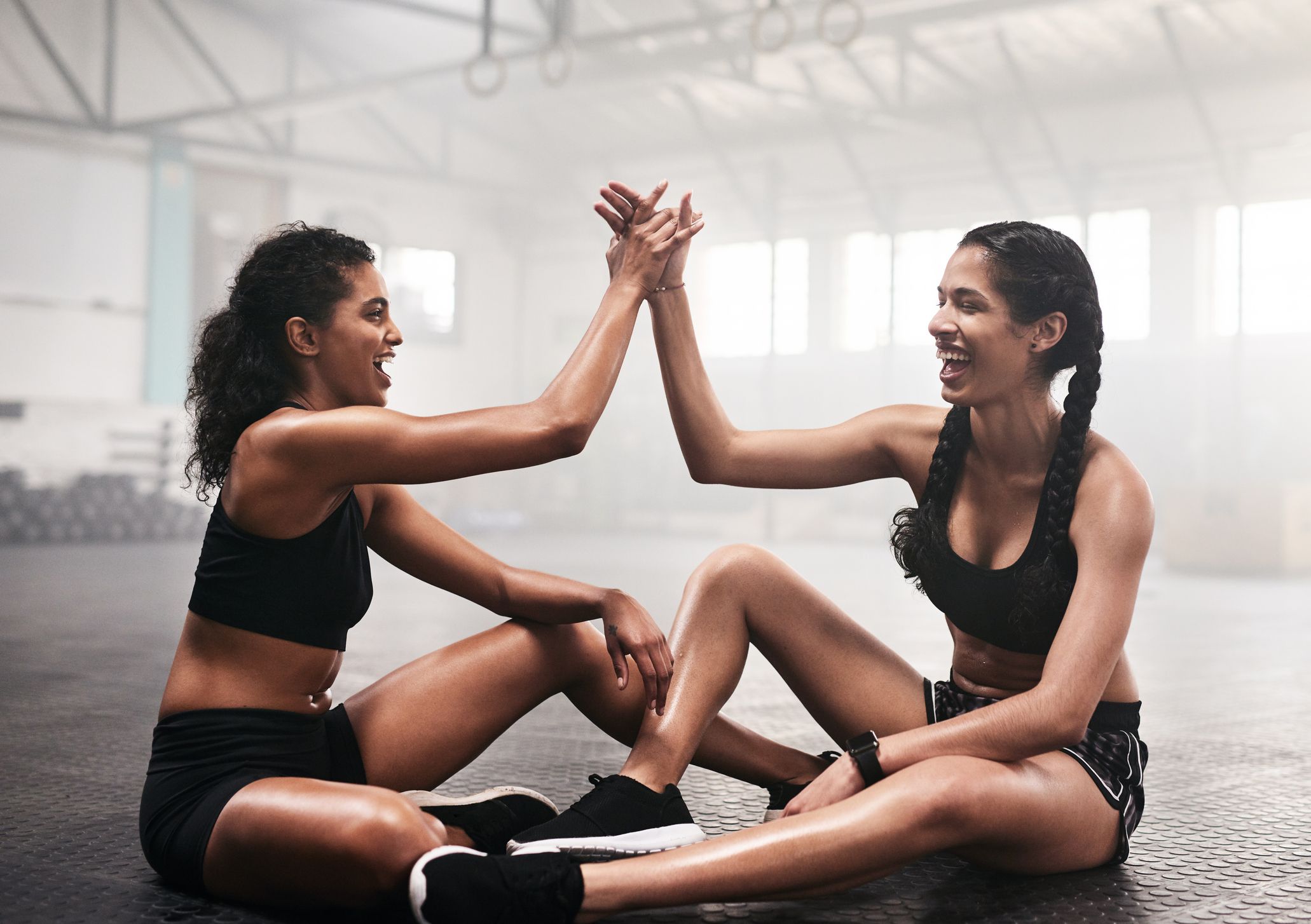 Another appeal of women-only gyms is having a space in which “you can exercise free of the male gaze,” says Petrzela. On social platforms such as TikTok and Twitter, women discuss the comforts of a space in which they are its only occupants. Not only are women escaping unwanted advances and sexism formalized in gyms, but they’re also coming into spaces where they are front and center—their bodies are the standard, says sports psychologist Marla Zucker, PhD, owner of Boston Sport and Performance Psychology, who has been a member of women-only gyms over 10 years.

These places tend to be more social as well, Zucker notes. Because they’re so often treated as a refuge from the traditional gym and are grounded in connection rather than competition, they invite a diverse range of members—from those who don’t feel their body meets a certain ideal, to others who are gender fluid, are members of the LGBTQ community, or would prefer not to work out near men for religious reasons.

“The community brings together such an eclectic group of women from different walks of life,” says Amanda Larson, a member of Flex Into Fitness in West Pasco, Washington. Like teammates who train together, Larson says, she needs this support to succeed.

As women get picky with where they exercise and consider whether it enriches their lives, future (and existing) gyms will have little choice but to answer the call, says Sarah Novak, PhD, an associate professor of psychology at Hofstra University.

Imagine rowing, boxing, and CrossFit gyms where those who identify as women are the only clients. “We’ll have so many more choices about the types of workouts we want to do,” says Zucker. Plus, the space will have been curated for women from the start.

Coed spots are not exempt from this seismic shift. They will likely feel the pressure to find ways to become more inclusive and rework their values, adds Novak. “I love the idea of pushing gyms to think harder about how to attract and retain different types of people.”

By May 2021, seven months after opening, Williams’ roster had jumped from 100 clients to 450, prompting her to scout larger locations. She’s created what her clients refer to as their safe space. Unsurprisingly, more women want in.

No utopia near you? No problem. Craft an expanse you’re psyched about on your own.

Know a pro you love sweating with? Let your friends in on the fun by pooling funds and hiring her for a private group sesh. Reese Scott, founder of Women’s World of Boxing, was more than happy to drive from New York to Pennsylvania to teach boxing moves to a group of women when they formed an exercise club.

Encourage Your Current Go-To To Step Up

“In boxing, we are trained to create openings when we don’t see them, and to be first when we do,” says Scott. And because gyms are working hard to recover, they’re likely willing to hear clients out. If you don’t feel women are being centered at your current gym, ask for a specific change, says Zucker, whether that be for childcare or more women trainers.

Do a quick search of Facebook groups in your area and you’re bound to find one dedicated to fitness. Zucker has even seen posts welcoming people to join workouts at the local park. But if your town is short on group workouts, write up a post and suggest one—like outdoor Zumba or a running crew with neighbors.

This article originally appeared in the September 2021 issue of Women’s Health.