Allison Janney admitted it feels ‘amazing’ to show off her natural hair after coloring her hair and using extensions for years.

Allison Janney, 61, is proving her natural hair looks just as incredible on her as when she uses hair colors and products. The actress debuted her short silver hair during an appearance on The Drew Barrymore Show on Apr. 6 and revealed it feels “amazing” and “free” to not have her locks covered up any longer.

“I cannot tell you how amazing it is to feel free. Free from hair color and hair extensions and hair tape and blah blah blah,” she told Drew Barrymore, 46, after the fellow actress and talk show host complimented her. She went to explain how great it is “to be able to run my hands through my hair,” while adding, ‘Hopefully sometime a man will be able to run his hands through my hair and just appreciate it.” 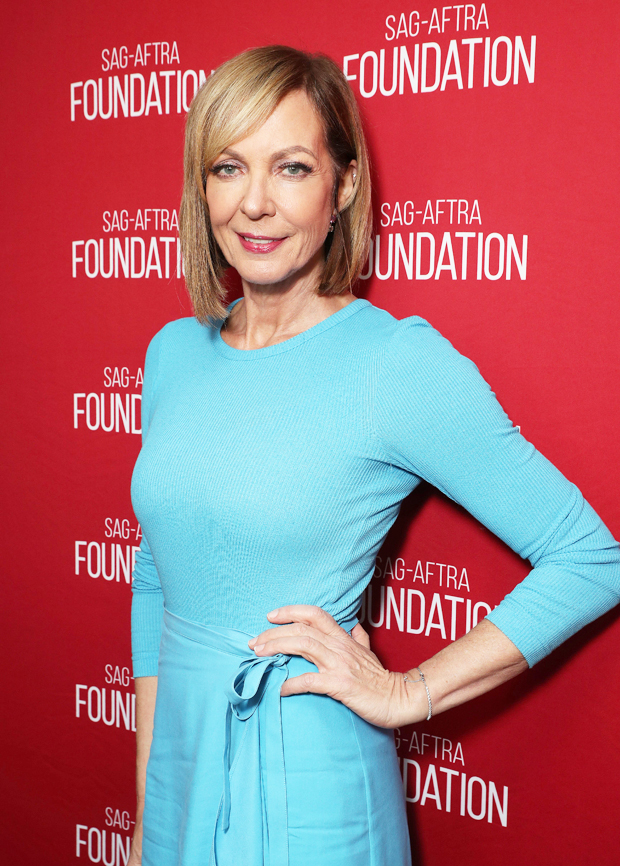 “It’s heaven,” she said. “I am enjoying this new chapter in my hairdo world.”

Drew went on to ask her if she ever had any awkward hair moments happen before she went natural and she admitted she did. “Drew, one time I was flirting with this guy, I was walking down the street in New York just putting my hands in my hair and two extensions came out and I just was dropping them on the ground,” she revealed.

Allison’s latest natural hair debut isn’t the first time she’s made headlines over her tresses. In July, the I, Tonya star showed off a short blonde/greyish bob in an Instagram post shared by celebrity hair stylist Jill Crosby, which can be seen above. She posed while giving a slight smile to the camera as she flaunted her straight strands.

“#newlook #covid19 #conversion #greyhair #haircolor Guys … I had so much fun color my muses hair. She endured a total of 10 hours for this transformation ! No an easy task , but man #worthit #2020transformation #lovetothefans #makeup,” the caption for the post read.

Allison also shared the new look in a giggly behind-the-scenes video on her own Instagram.