Andy Cohen told fans that they could look forward to getting all the details about Erika Jayne and her husband Tom Girardi’s legal issues in the upcoming ‘RHOBH’ reunion.

Andy Cohen, 53, revealed that he “grilled” Erika Jayne, 50, in the new Real Housewives of Beverly Hills reunion episode airing on Wednesday November 3, during a new interview on The View. Co-host Sunny Hostin, 53, asked Andy how he thought that the RHOBH star has handled herself amid the recent legal issues that her estranged husband Tom Girardi, 82, has faced for embezzling money. Andy admitted that Erika was the main focus for the next part of the RHOBH reunion during the Tuesday November 2 interview.

The Watch What Happens Live host gave Erika credit for taking all of his questions during the reunion. “Tomorrow night is the last part, and it’s basically Erika and I for the whole hour, and I’m really grilling her for the entire hour,” he said. “No question goes unasked, and I have to say she answered pretty much everything. I was impressed. She sat there. She took it. She answered everything. It was the first time she had talked about much of this on television.” Erika had touched on some elements of her relationship with Tom in past reunion episodes. 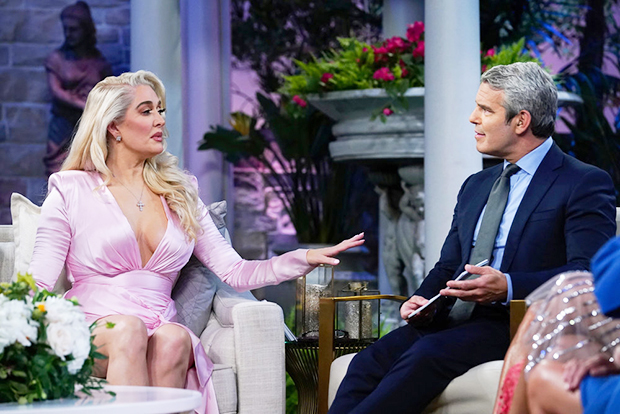 While Andy showed props to Erika, Sunny gave Andy credit for his interviewing skills during the already-aired reunion episodes. She told him that he was “like a prosecutor” in the episodes. Sunny also remarked that amid the legal battles, that the reunion interview would likely come up. “That surprises me, because the prosecutors are going to order the tape,” she said. 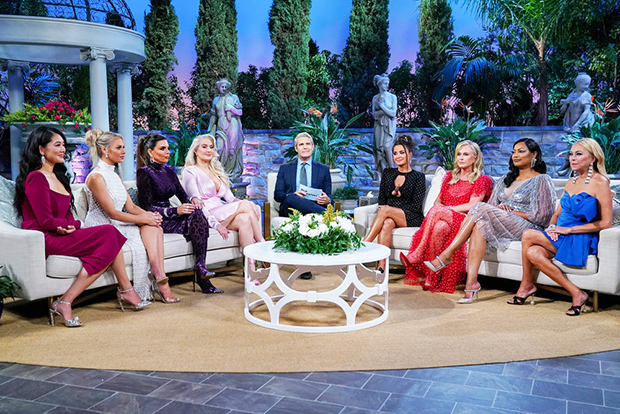 During his appearance on The View, Andy also spoke about his new book Glitter Every Day, which features a year’s worth of quotes from amazing women. He also touched on RHOBH’s Dorit Kemsley, who was robbed at gunpoint on October 27. He said that he was “impressed” with how she handled it, and said it was an eye-opening experience. “By all accounts, she handled this like a pro,” he said. “It just makes you take stock. I’m so grateful her and her family are okay.”