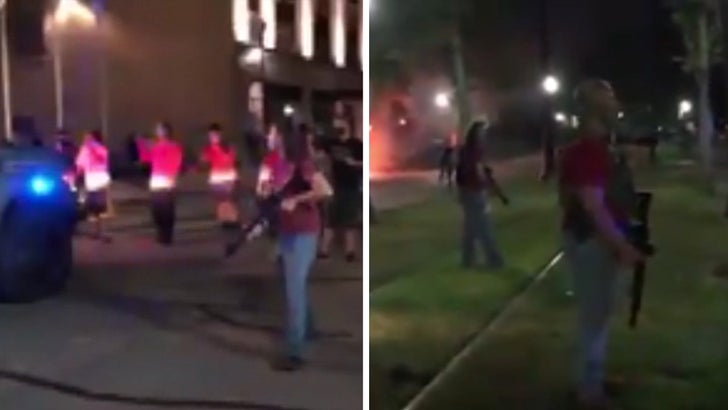 The showdown went down Sunday night in Kenosha, where people were protesting the police shooting of Jacob Blake — the unarmed Black man who was shot 7 times in the back by a white cop in an incident captured on video.

Some BLM protesters in this face-off are armed with assault rifles, and others are unarmed as they block the truck’s path with a human chain … but the real firepower rests in the hands of the sheriffs. The police have the armor, and the gas.

Protesters make their stand and send their message, but they know what’s about to hit them … tear gas, and a lot of it.

BTW … tear gas has been banned in war since 1925, but it’s often unleashed on American citizens for riot control. Go figure.