Women’s History Month is an excellent time to learn about the trailblazing women who came before us and are currently changing the world. Many women’s achievements have been given an even greater platform these days, but it’s important to note that there is still a long way to go to achieve equality.

From honest and eye-opening memoirs from some of the world’s most inspiring figures, to works of fiction about overcoming obstacles and finding success, to powerful stories about self-discovery, we’ve gathered a list of books by female authors that you should add to your collection.

This collection of essays is writer, professor, and social commentator Gay’s evolution as a woman of color, while also giving a candid, witty and entertaining look at feminism, race, gender, body image, politics and pop culture today. Bad Feminist looks at how the culture we consume shapes who we are, as well as inspires us to do and be better. 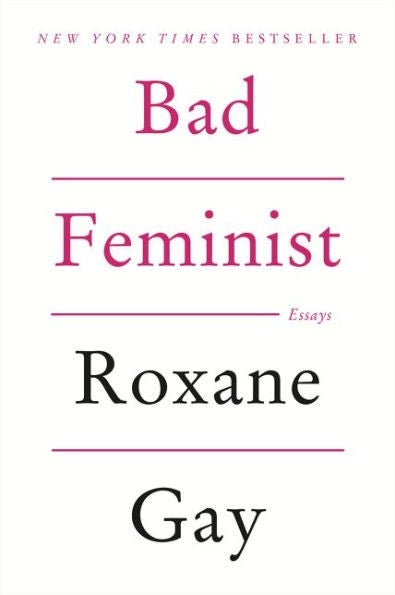 A Boob’s Life: How America’s Obsession Shaped Me — and You by Leslie Lehr

This newly released book explores women’s most popular body part with “vulnerable, witty frankness and true nuggets of American culture that will resonate with everyone who has breasts — or loves them.” Blending Lehr’s personal stories with the 1960s women’s liberation movement to current feminist dialogue, A Boob’s Life shows how America’s obsession with the female form has affected her own life’s journey and the psyche of all women today. Salma Hayek’s Ventanarosa Productions is also developing a series based on the book for HBO Max. 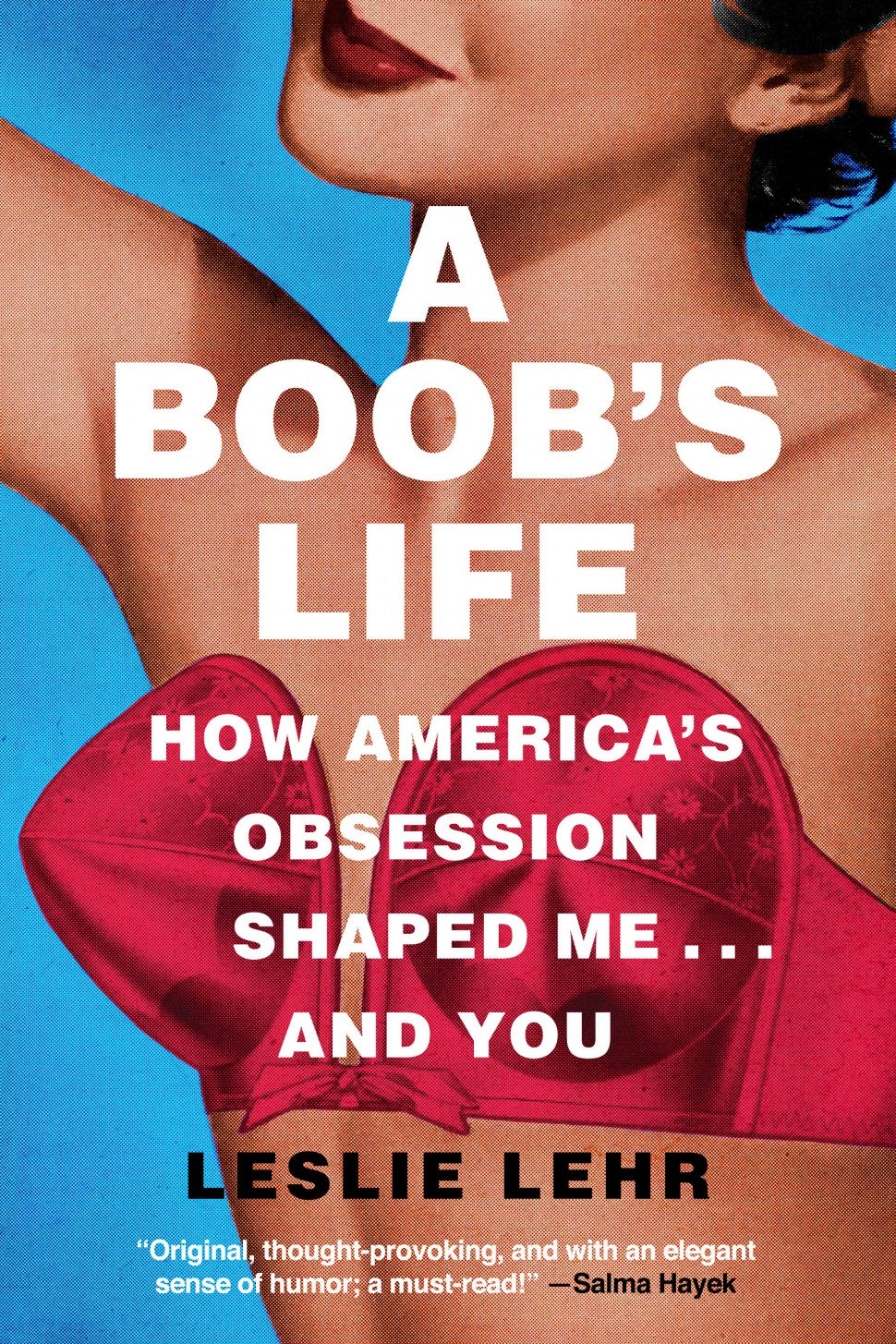 Published in 2018, Obama shares the raw story of her upbringing in the South Side of Chicago, going to college to become an attorney, meeting Barack Obama, juggling her early legal career and motherhood, and life as the first lady of the United States. Obama reveals deeply personal memories of her miscarriages, hardships and overcoming adversity to becoming the woman she is now. In 2020, a Netflix documentary of the same name chronicling her journey across the country during her 34-city tour to promote her memoir was released. 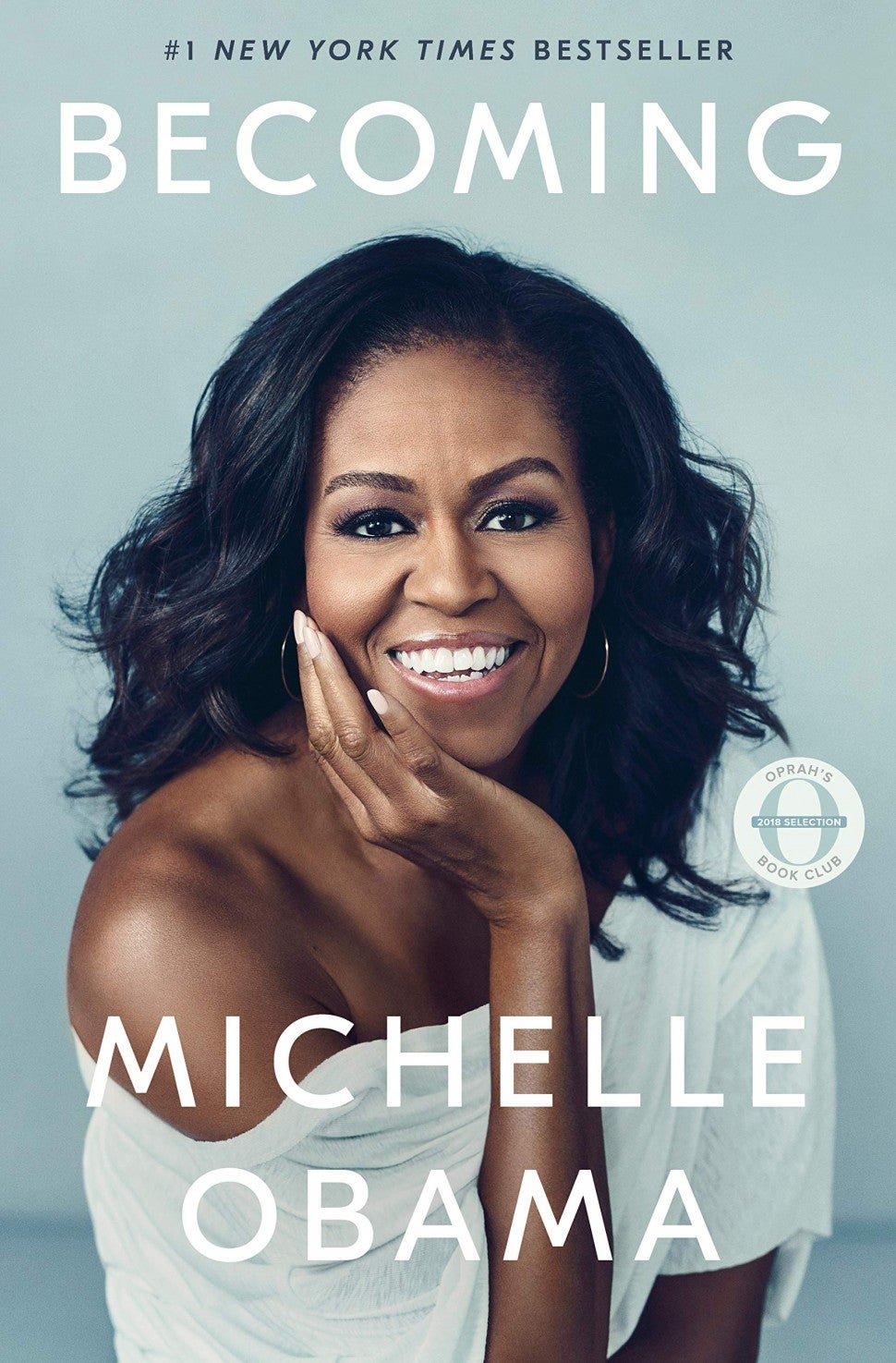 This lighthearted but tender story follows Charlie, a half-Puerto Rican, half-white high schooler who struggles with her self-confidence and weight in a predominately white Connecticut suburb. As she follows her dreams of becoming a writer, she resists her mom’s weight-loss schemes and falls for the popular guy at school, until she realizes he might like her seemingly perfect best friend, Amelia. Fat Chance, Charlie Vega tackles a person’s relationships with their parents, their bodies, their cultures, and the importance of never comparing oneself to others. 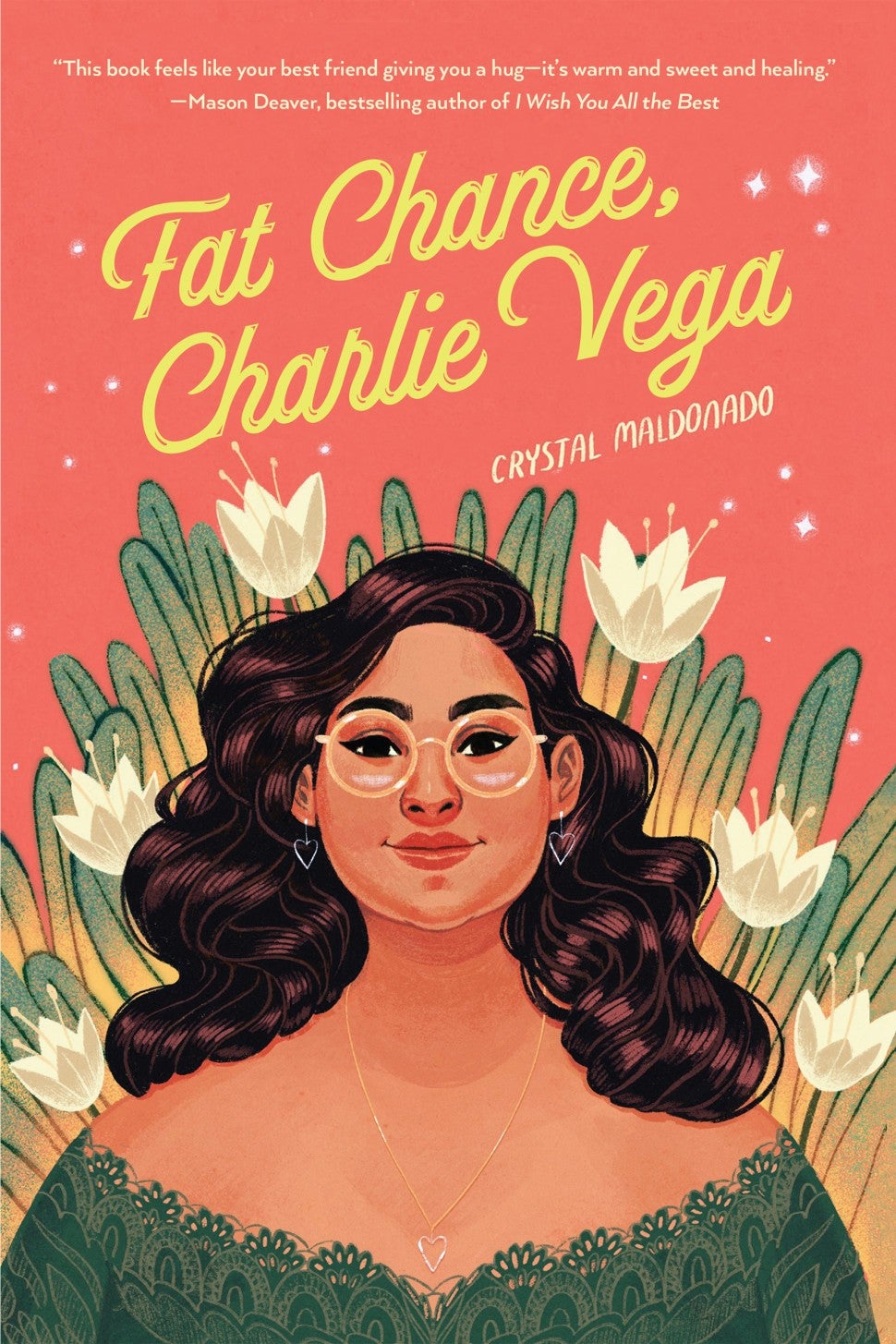 Love Hate and Other Filters by Samira Ahmed

This YA novel follows an Indian-American teen who is torn between her parent’s strict culture and their hopes of her marrying a Muslim boy and her dreams of going to film school in New York City. But in the aftermath or a horrific crime and coping with Islamophobia, she must find where she truly belongs and who she is. 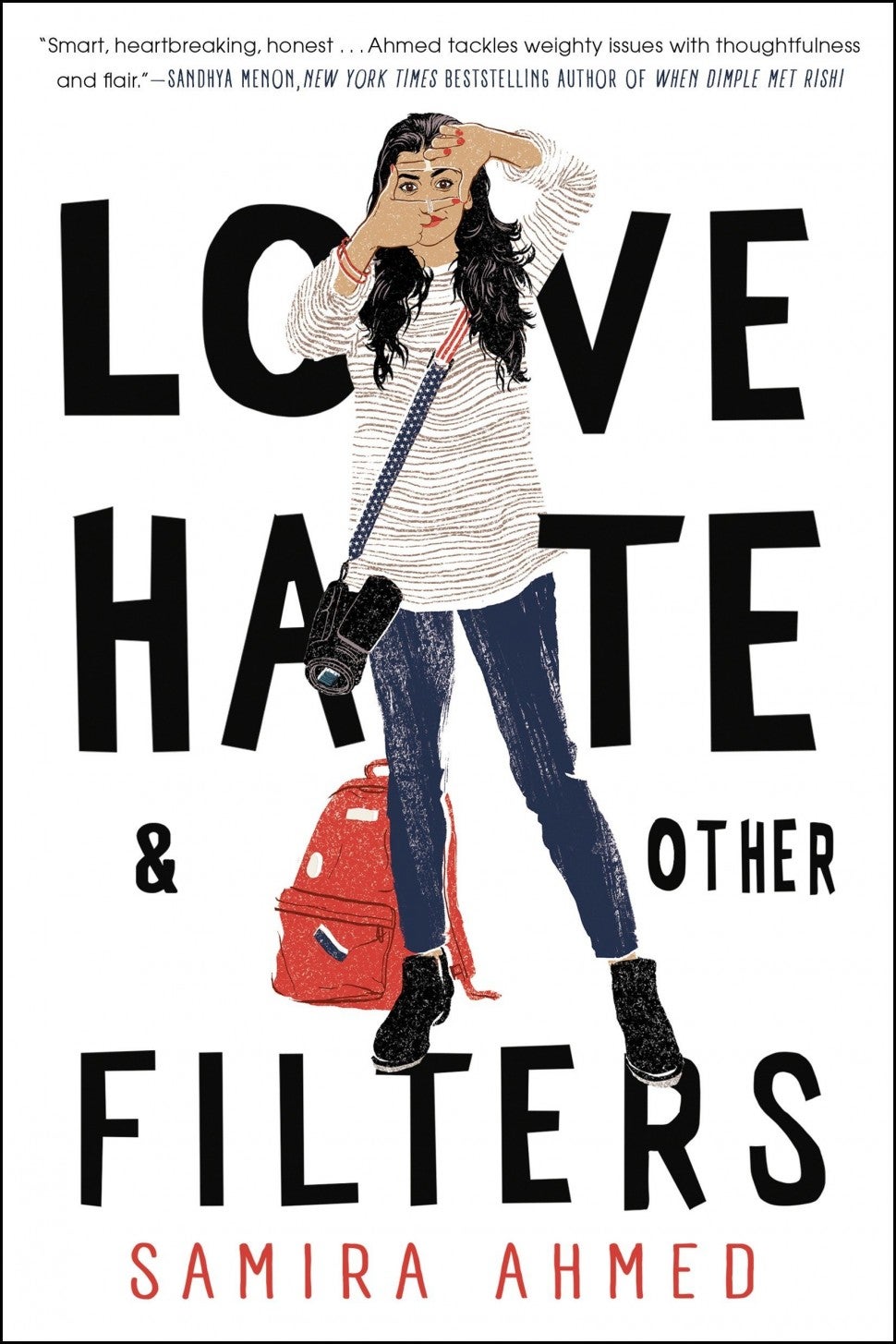 Meet Cute by Nicola Yoon, Nina LaCour, and other authors

A number of female authors from some of the most popular YA novels came together to pen this collection of short stories about all intersections of love. From Interracial relationships, LGBTQ+ love tales, first loves, breakups and makeups, dating and much more, there’s something here for everyone. 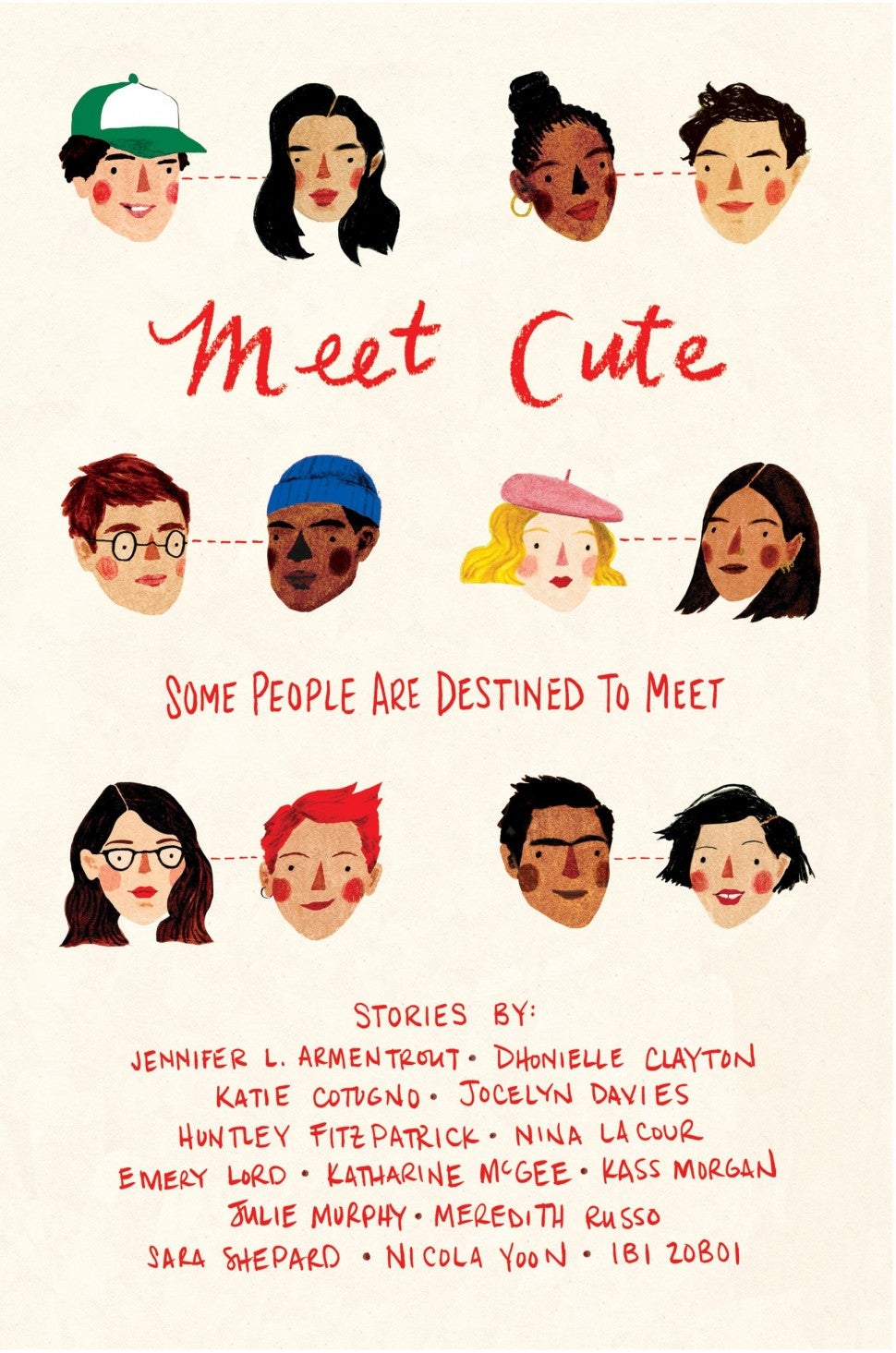 My Own Words by Ruth Bader Ginsburg

This 2016 book is a collection of the late, great American Supreme Court Justice Ruth Bader Ginsburg’s speeches and writings dating back to the eighth grade, as well as words by her biographers, Mary Hartnett and Wendy W. Williams. Additionally, My Own Words touches on the fascinating life of one of our generation’s most influential voices in both law and public opinion as she touches on gender equality, the workings of the Supreme Court, being Jewish, law and lawyers in opera and more. 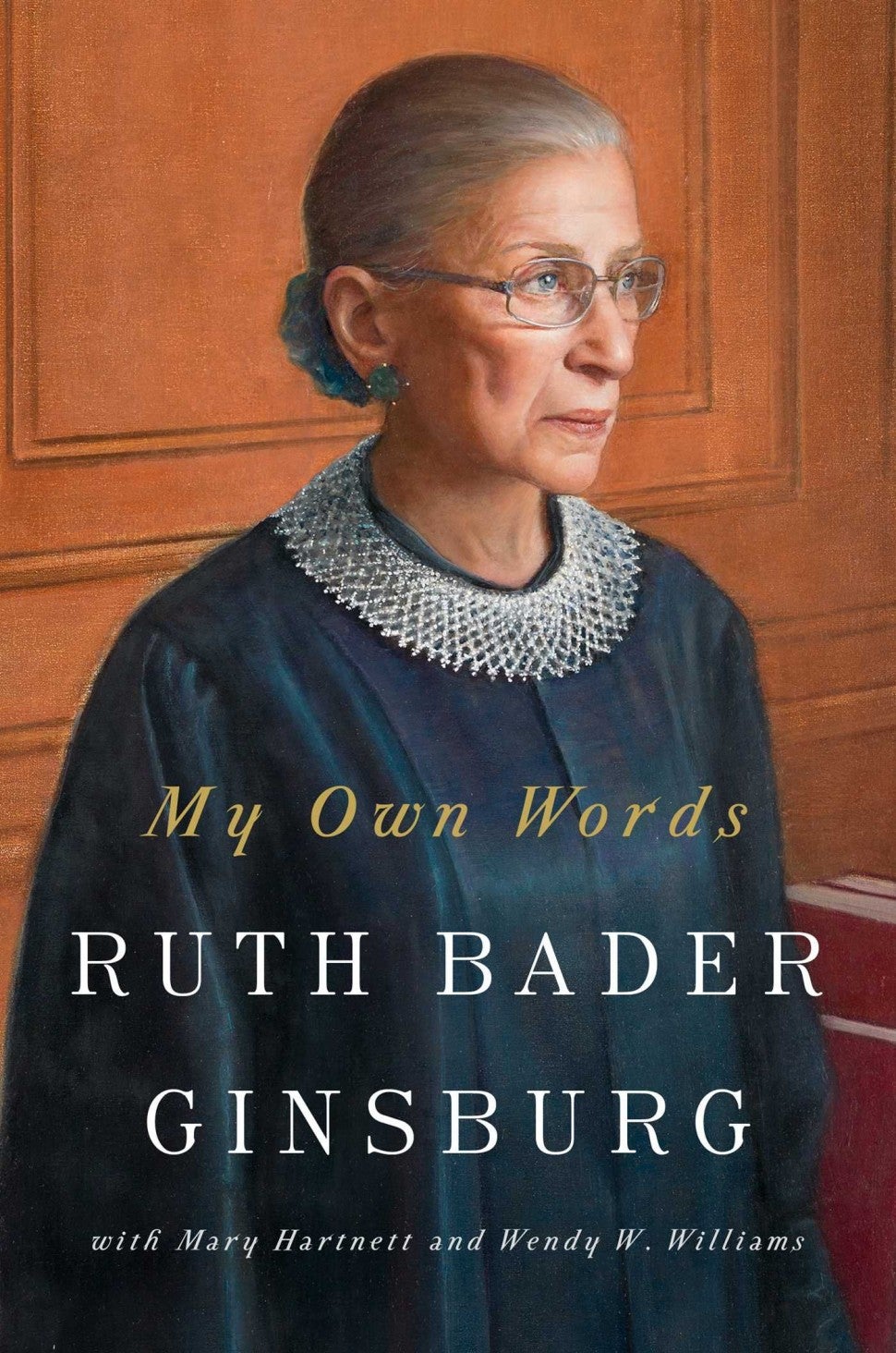 Revenge of the Sluts by Natalie Walton

After seven teens become victims of an anonymous, intimate photo leak, they team up with their private school’s top reporter to take down the person responsible. Forming the “Slut Squad,” they reclaim the label their classmates viciously use to tear them down. The women stand up for themselves even after being faced with comments like they were “asking for it,” judgment from peers, and a school administration that’s more concerned with protecting its reputation than helping the girls get justice. 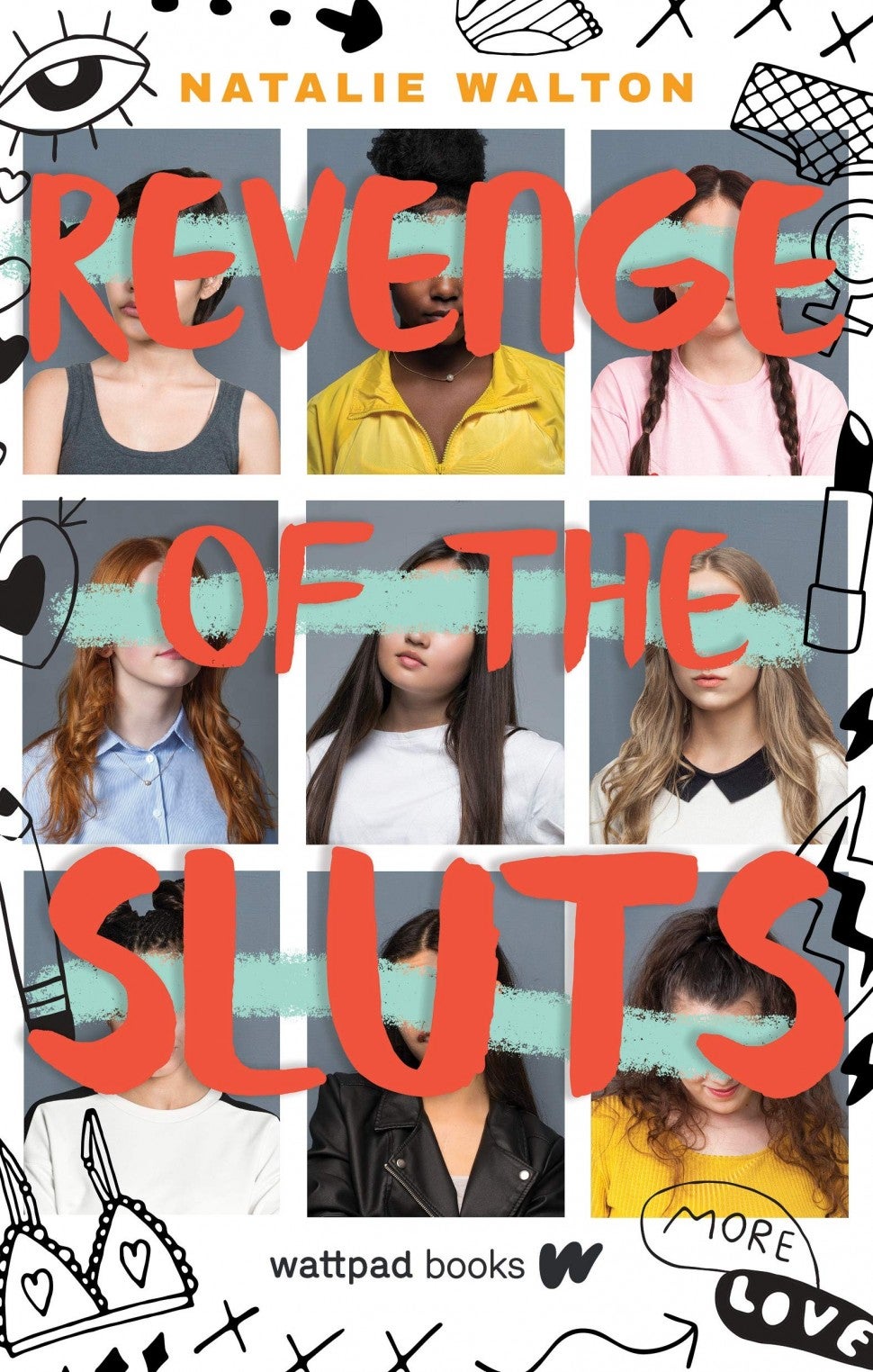 Spinster: Making a Life of One’s Own by Kate Bolick

“Whom to marry, and when will it happen — these two questions define every woman’s existence.” Bolick takes a look at the pleasures and possibilities of remaining single. In it, she weaves together hers and other women’s stories about why being without a partner “has neither been fully understood, nor appreciated.” This book is all about living your best life and not always needing to be in a relationship to make it happen. 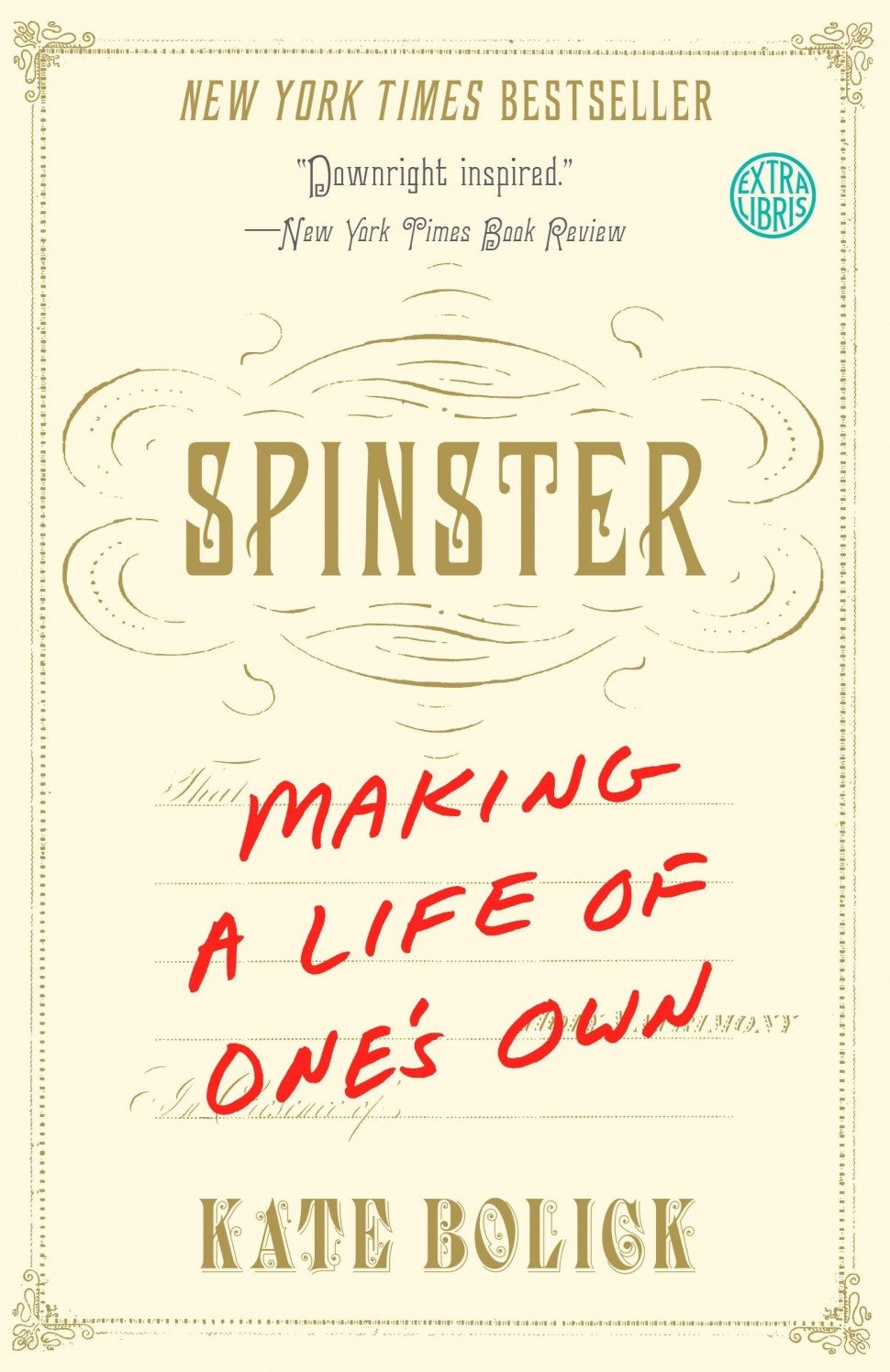 This New York Times best-seller became a cultural phenomenon and celeb must-read last year. Motivational speaker Doyle bares her soul and attempts to change the narrative on how women are supposed to feel and think about themselves. While sharing her personal story about her public divorce from Craig Melton in 2016, Doyle also writes about meeting and falling in love with now wife, soccer pro Abby Wambach. Readers also get a course in female empowerment and how they should positively change their perspective on life. The book is becoming a series with the help of J.J. Abrams and his Bad Robot Productions. 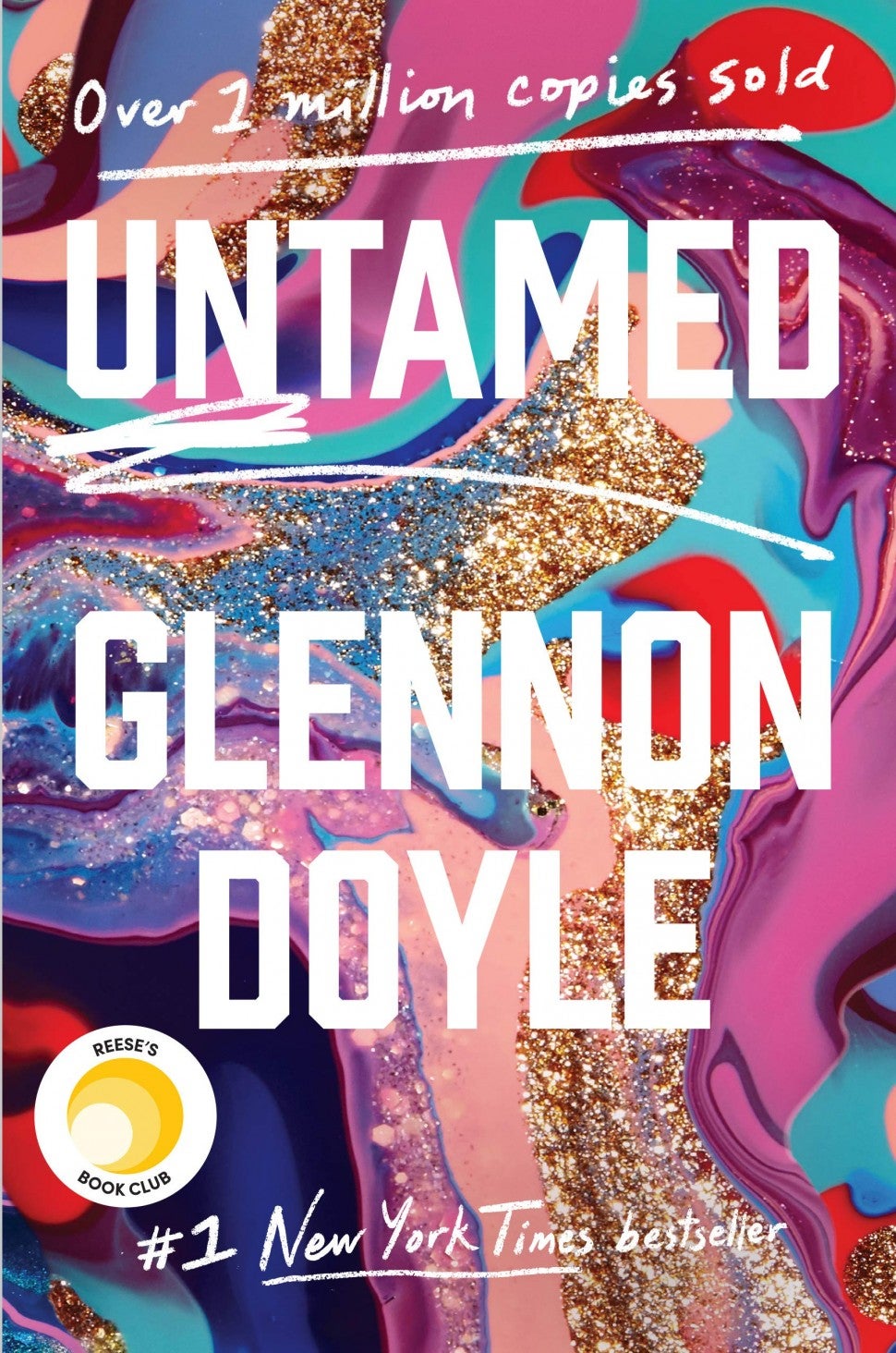 We Should All Be Feminists by Chimamanda Ngozi Adichie

This highly acclaimed NYT best-seller dives into what being a feminist in the 21st century is all about. Sharing personal and eloquently argued essays, the Nigerian author advocates for equity and equality between men and women in all aspects of life and champions making the world a better place for women. 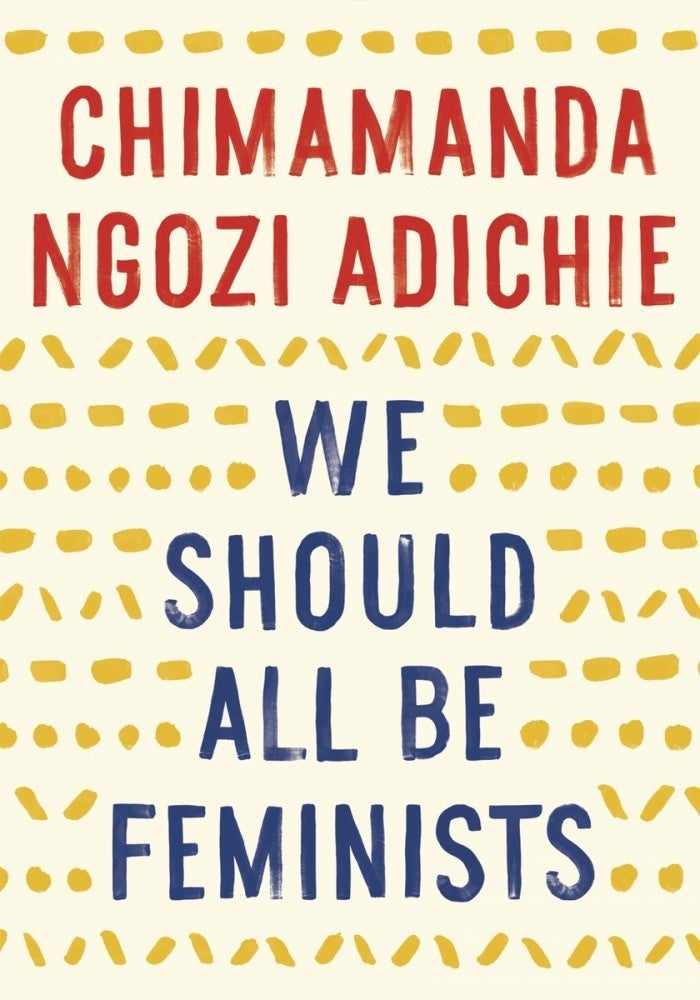 Published in 1976, Kingston blends her personal life with Cantonese mythology to give a look at life for a first-generation Chinese American woman. From her mother, to aunts and the Chinese folk hero Fa Mulan, to herself, the author explores how the women around her, their cultures and struggles, molded her into the person she became. 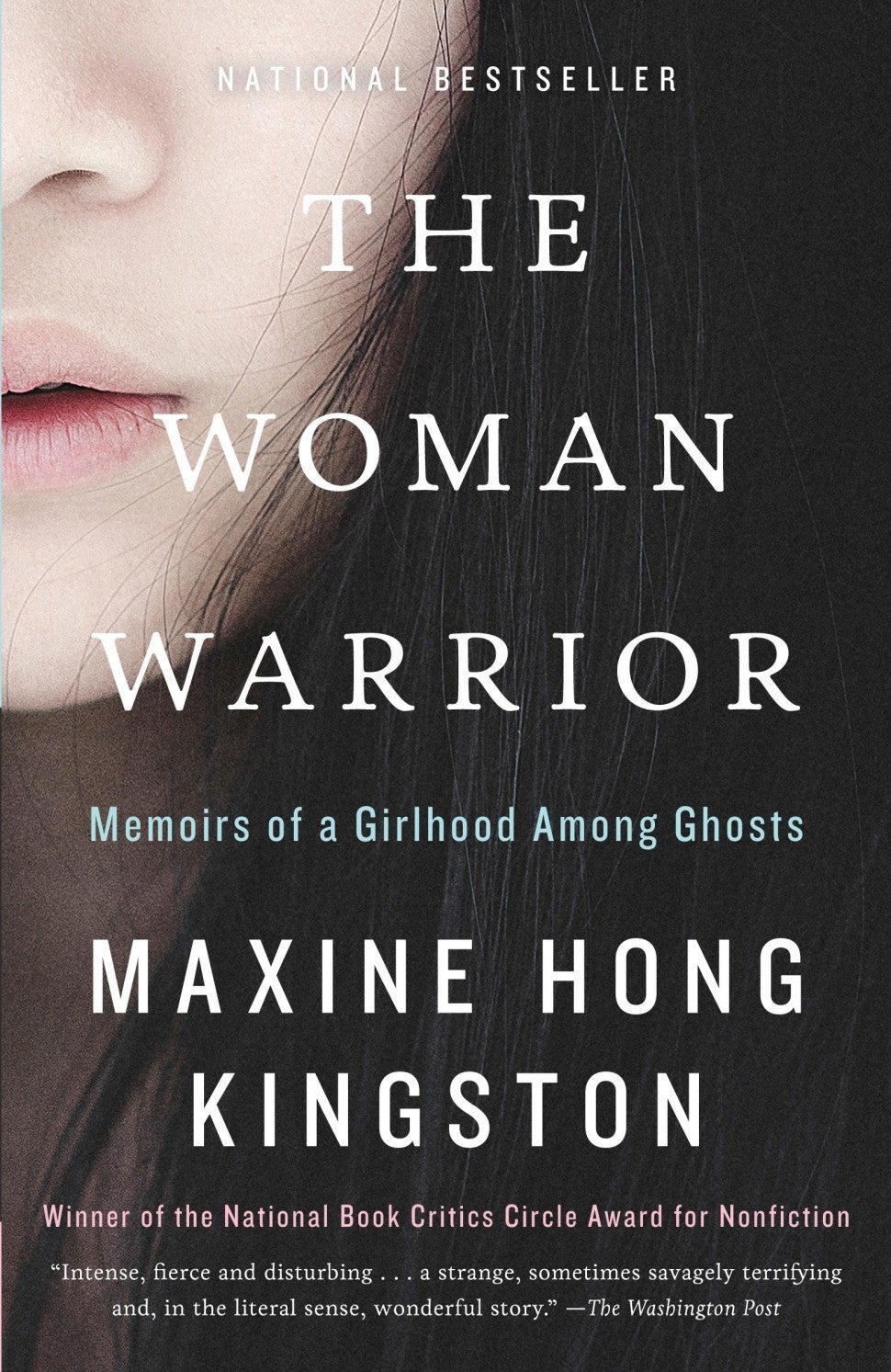