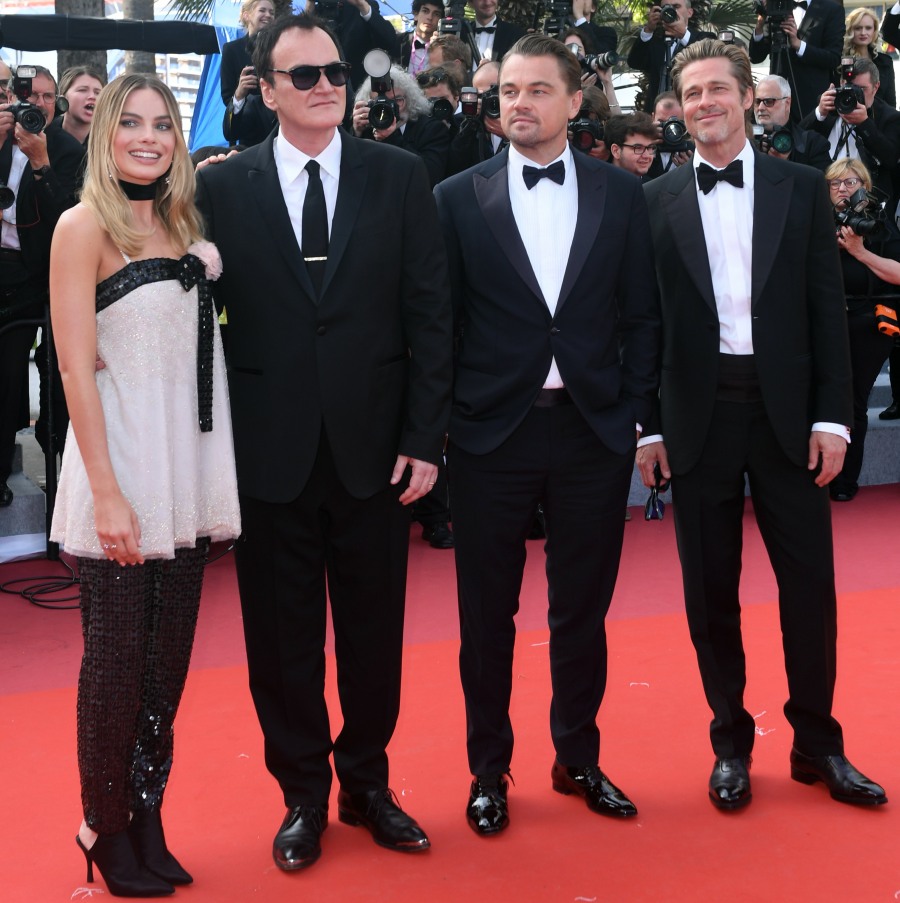 Once Upon a Time in Hollywood premiered at the Cannes Film Festival last night. All of the big-name stars were there: Brad Pitt, Leonardo DiCaprio and Margot Robbie, who plays Sharon Tate. Quentin Tarantino was there with his new young wife. They all posed together on what was the 25th anniversary of the Cannes premiere of Pulp Fiction. Good times.

I’m pretty sure this film is going to be a trainwreck, but for now I’ll enjoy the photos. Brad and Leo certainly cleaned up for the big premiere – both of them need a big win, honestly. Maybe Brad needs it more than Leo – Leo is evergreen for some reason, and he’ll always be able to get movies made. Brad is already starting to ease more into producing, and his last films/projects haven’t left much of a mark – Allied (2016) and War Machine (2017). This is actually his first big headlining feature film role in three years. What’s the vibe between Leo and Brad, you think? There didn’t seem to be much drama between them reportedly, but I get the feeling that they’re not BFFs or anything.

As for Margot… I can’t believe Chanel gave her THIS to wear on her big red carpet. I guess it was supposed to look like a modern take on the 1960s babydoll nightie, but the pants just ruin the look. I’m also sure that lazy tabloids will try to make something happen between Margot and Brad, or even Margot and Leo. One, she’s happily married. Two, Leo’s girlfriend is in Cannes. Three, I sincerely hope Brad and Margot are both smart enough to avoid each other romantically. 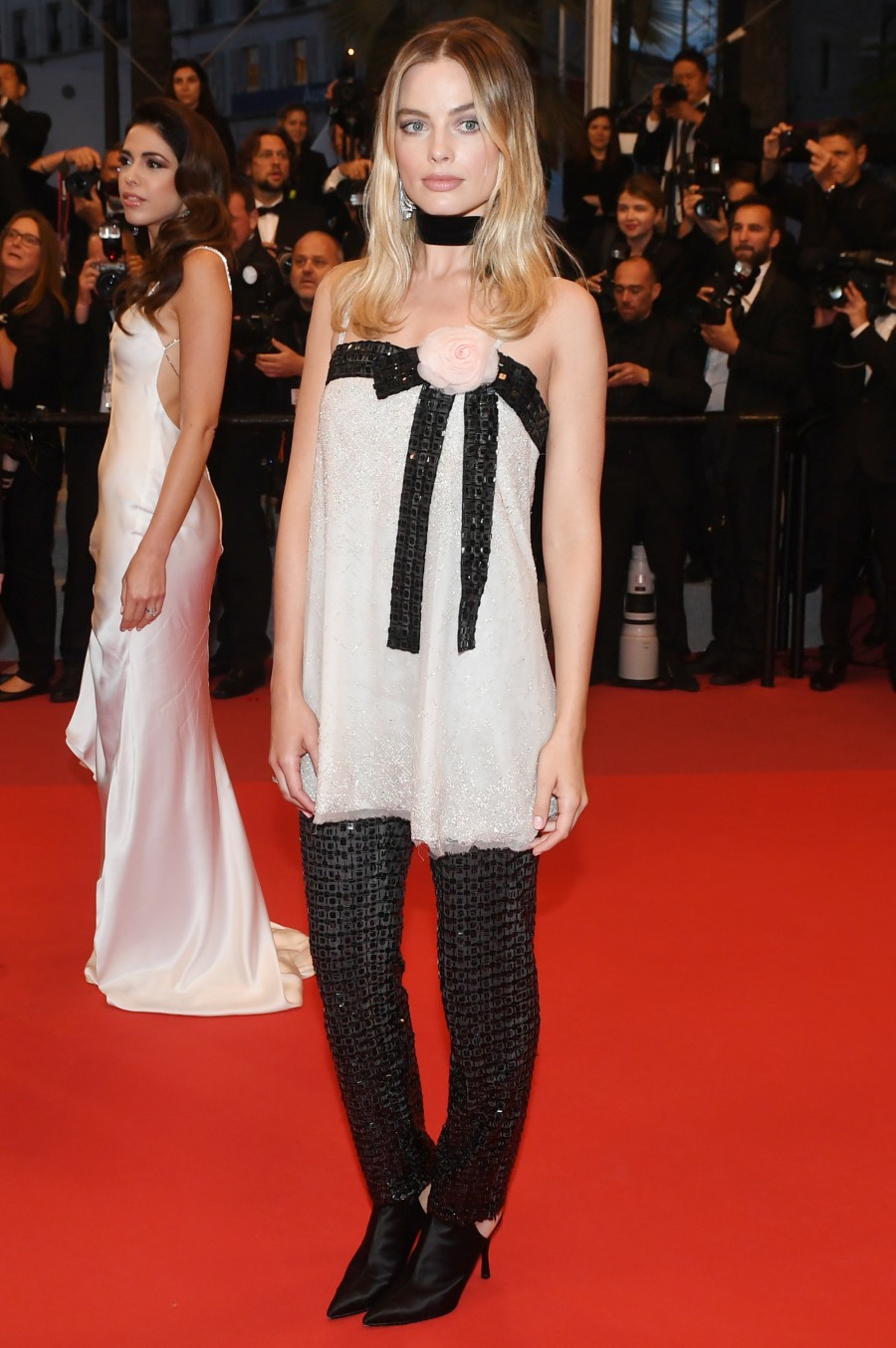 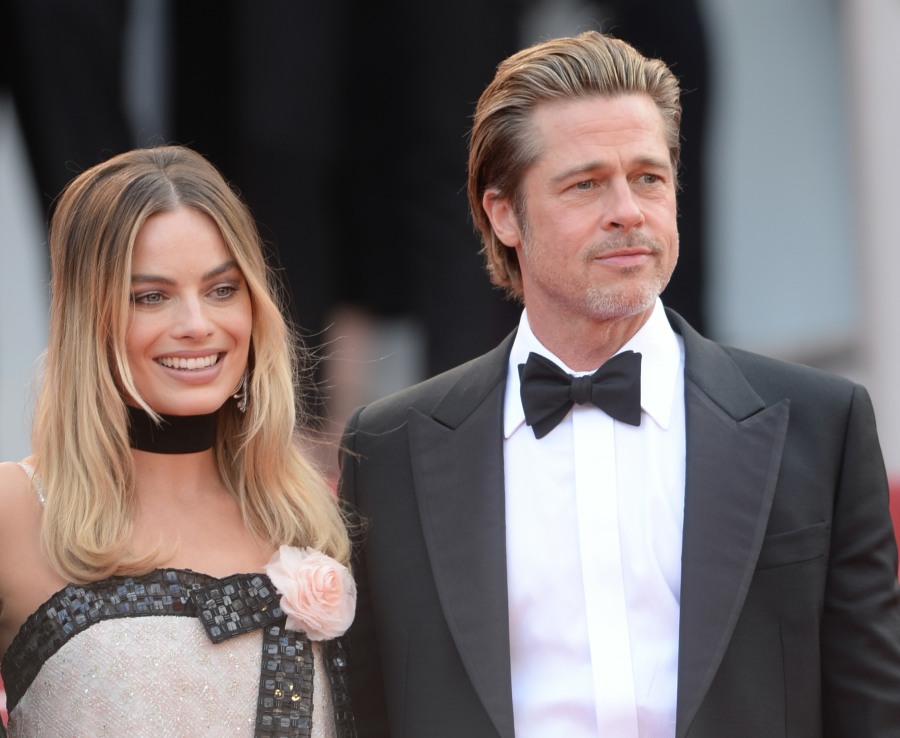 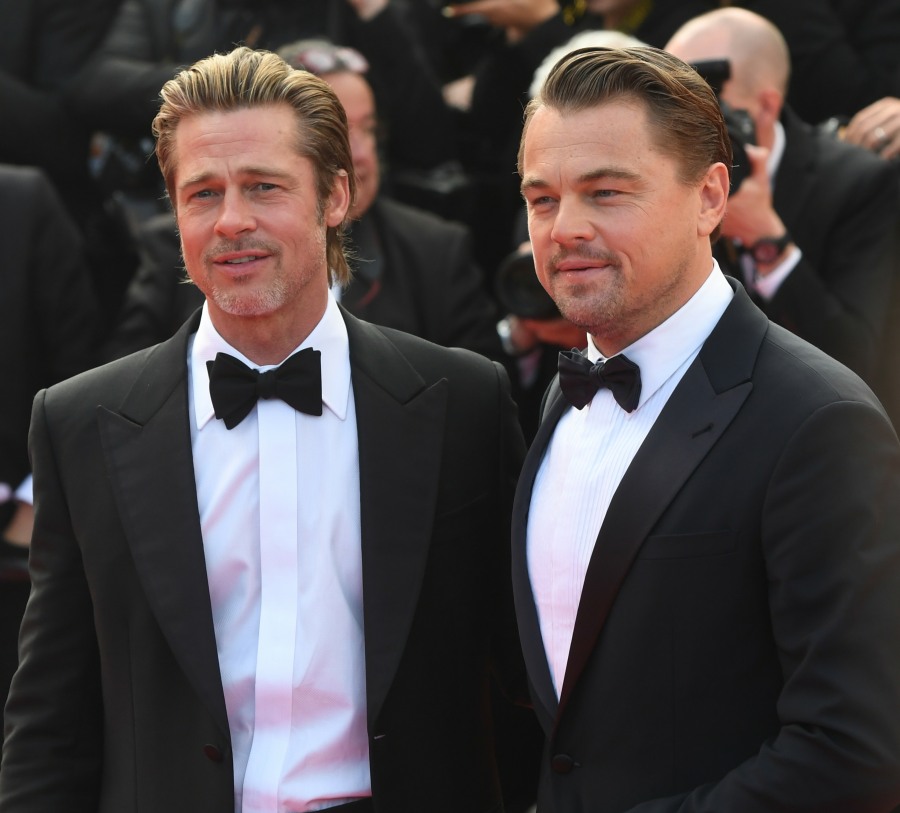 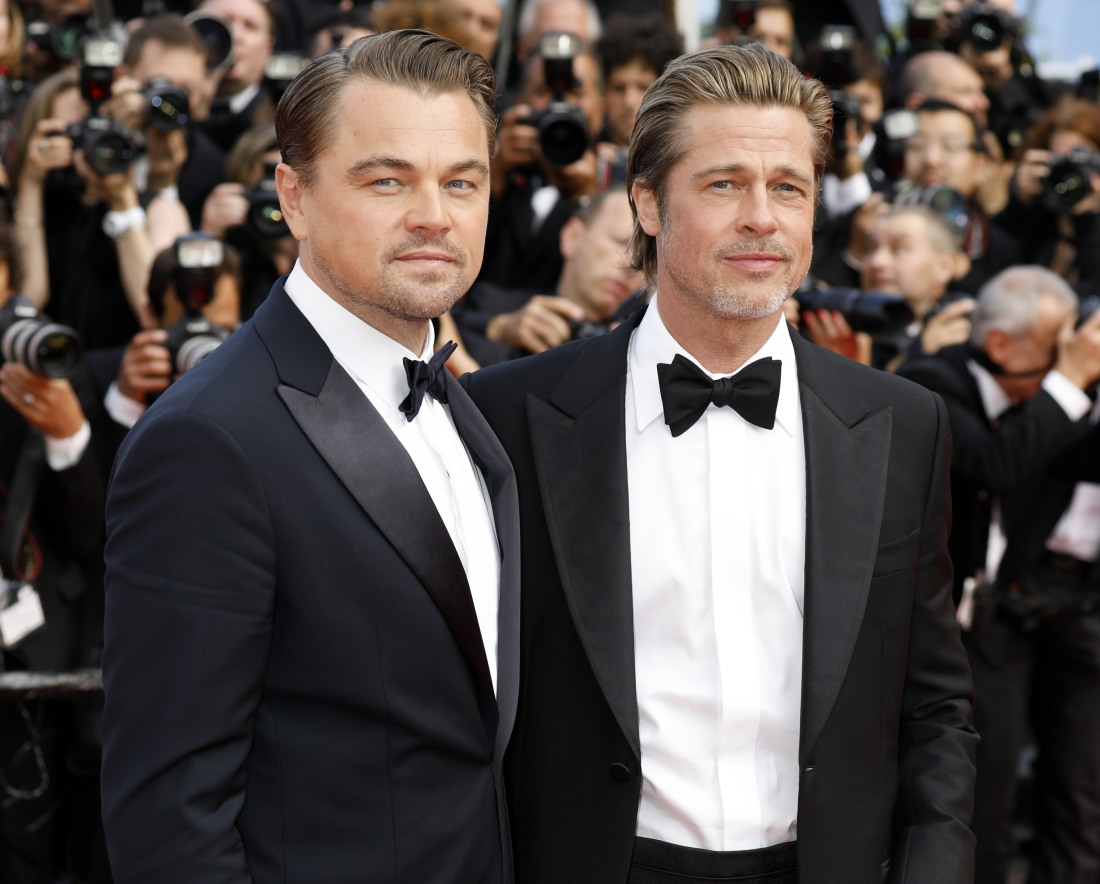