“Can you see me?” Cameran Eubanks calls out with her signature southern drawl from behind a grey screen displaying her name. “This is my first Zoom!”

A few seconds (and a “start video” button click later), Cameran pops up on screen. She hasn’t quite mastered the whole doing press from home thing, having stayed out of the spotlight for nearly a year. Last May, she quietly — well, she thought it would be quiet — announced her decision to leave Bravo’s Southern Charm in her Instagram comments. Viewers were left confused, though, wondering why the “voice of reason” and narrator of the show would give it all up, without a proper send-off.

“It just got to be a point in my life where I felt like it really didn’t serve me anymore,” Cameran explains to ET. “I felt like I didn’t quite fit in anymore.”

“Part of me started to feel hypocritical,” she adds. “These people are showing their children, their significant others and, when you’re on reality television — especially Bravo these days — that’s expected of you, and I didn’t wanna do it.”

Cameran’s husband, Jason Wimberly, only made one appearance on the show during Cameran’s six-season tenure, in what turned out to be her final episode, despite the couple marrying between seasons 1 and 2. In season 5, they welcomed their daughter, Palmer, but mostly kept her off the show. As time went on, Cameran realized the reality TV rules she had set up for herself didn’t work in reality.

“I felt myself not being as authentic as I was,” Cameran says. “I just had to be true to myself and move on.” 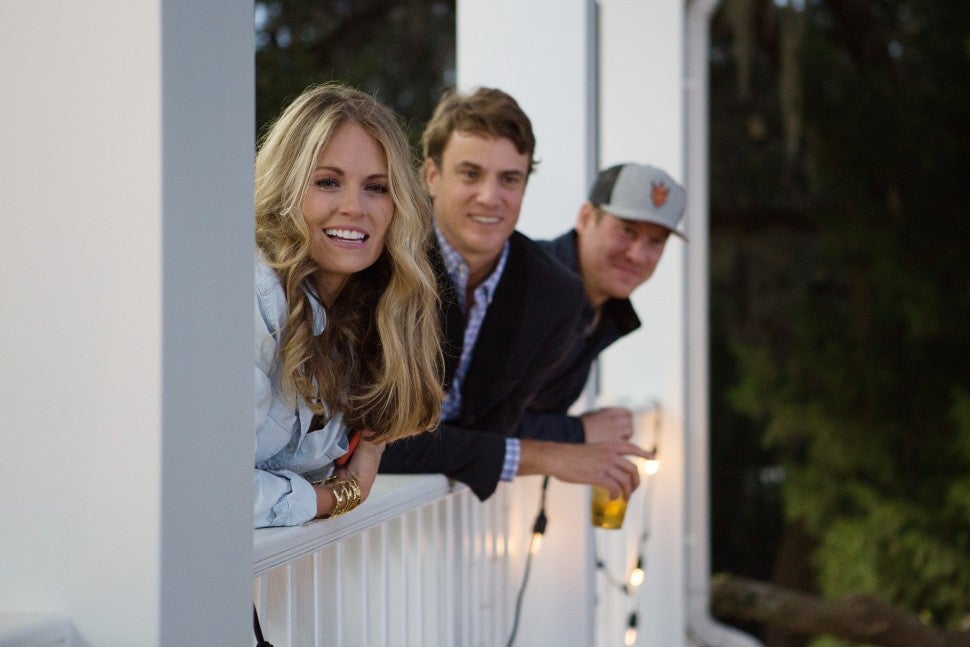 While Cameran moved on, the show had to play catch-up. When season 7 premiered in October, Cameran’s name popped up almost immediately, with longtime co-stars Shep Rose and Craig Conover discussing whether to invite her to a party. The conversation made it seem like Cameran was meant to film season 7, but pulled out at the last minute.

“No,” she’s quick to clarify. “I gave my decision to Bravo before filming even started. That is a misconception. I’ve got the email receipts to prove it if anybody wants to challenge me on that.”

Cameran’s former co-stars backed that timeline up on part one of their reunion, which aired last week, as they discussed the other time Cam’s name came up during season 7: When Kathryn Dennis brought up rumors about Cameran’s marriage on camera.

Cameran is still friendly with her co-stars, speaking regularly with Shep and Craig. ET surprised Cameran with video messages from the guys, along with one from her longtime pal Leva Bonaparte, who joined the show in Cameran’s absence — you can see her reactions in the clip above.

“I don’t regret it for an instant,” she says of her time on the show. “I would go back and do it all over again.”

She might go back and do it all over again, but she’s not interested in rejoining the show down the line. Or any show for that matter. If anything, the fact that those rumors about her relationship made their way to the show reinforced Cameran’s decision to say goodbye to reality TV.

“Never say never, but at this point I think that chapter of my life is closed,” she says. “I’ve been on reality television since I was 19-years-old.”

Yes, the world first met Cameran as a fresh-out-of-high-school cast member on The Real World: San Diego back in 2004. That experience and her life on Bravo bookend, literally, her new collection of essays, One Day You’ll Thank Me. 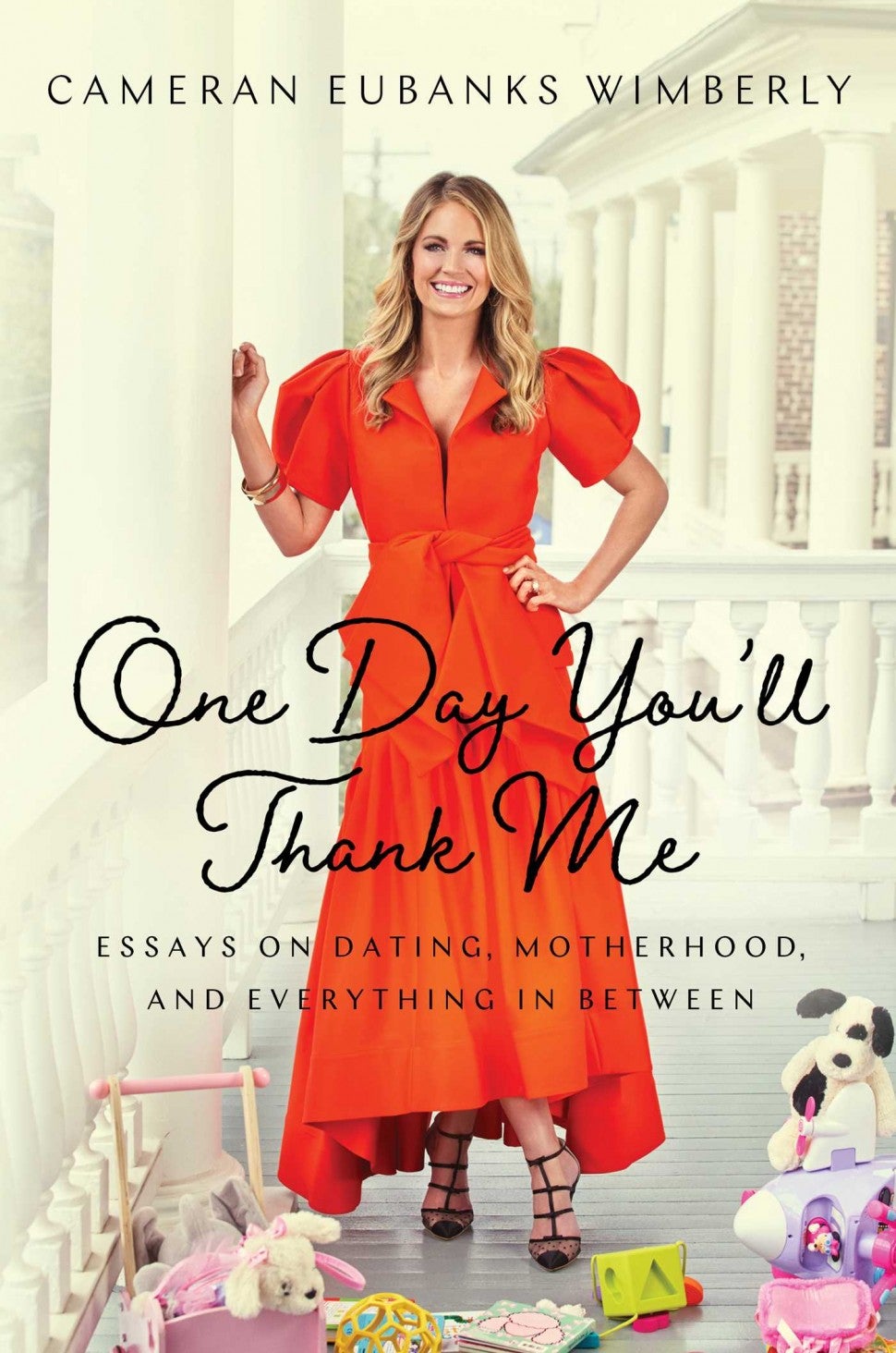 “I found it very cathartic to talk about my experience,” Cameran says of writing the book, which touches on every part of her life, from childhood to TV and, especially, motherhood. The pages are filled with the wisdom she’s picked up along the way, told in stories that expose the good, bad and in between of pregnancy and parenting.

“I do kind of regret talking about the uncontrollable farting,” she admits. “That was a bit much to share, but it’s real life. I wanted to not hold back.”

While One Day You’ll Thank Me reads like a parenting guide, the whole book feels more like a love letter to Palmer, who’s now 3.

“The whole time I was writing it I did keep in the back of my mind, I want this to be something she is proud of and not embarrassed of or ashamed of, because books are around forever… kind of like reality television,” Cameran quips. She says Palmer is a “three-nager,” a toddler with the attitude of a teen.

“Everyone said that twos are hard, 3 has by far been the hardest age,” she admits. “But then, everyone also tells me that 4 is the absolute best. They go from being a demon at 3 to an angel at 4, so I’m ready. She’s full of herself, she’s a lot to handle. She’s just like me as a kid, so it’s payback for sure.”

The book gives insight into Cameran’s home life, all the pieces of herself she kept away from reality cameras all these years. For the first time, she knew she had control over those sacred stories. Fans will learn things they never knew about Cameran and Jason, like the fact that they were together for two years before Southern Charm’s first season (if you look closely at the first episode, there’s a blink-and-you-miss-it photo of Jason in hunting gear).

“I think part of the reason that I kept it off reality TV is, my relationship with Jason is so precious to me and I know how the reality television machine works,” she shares. “It’s very rare that you see a marriage on reality TV spun in a good light. No one wants to watch a happy-go-lucky, easy marriage. So, that was part of my decision and keeping it off, and it was also part of my decision [behind] leaving the show.”

For now, Cameran’s enjoying life at a little slower of a pace (well, as slow as Palmer will let it be) and says she’s choosing to live in the moment, rather than think about what’s next.

“I never really had a plan with my life,” she says, reiterating the philosophy at the heart of her book before logging off: “Go with your gut.”

One Day You’ll Thank Me is available now, wherever you buy books. 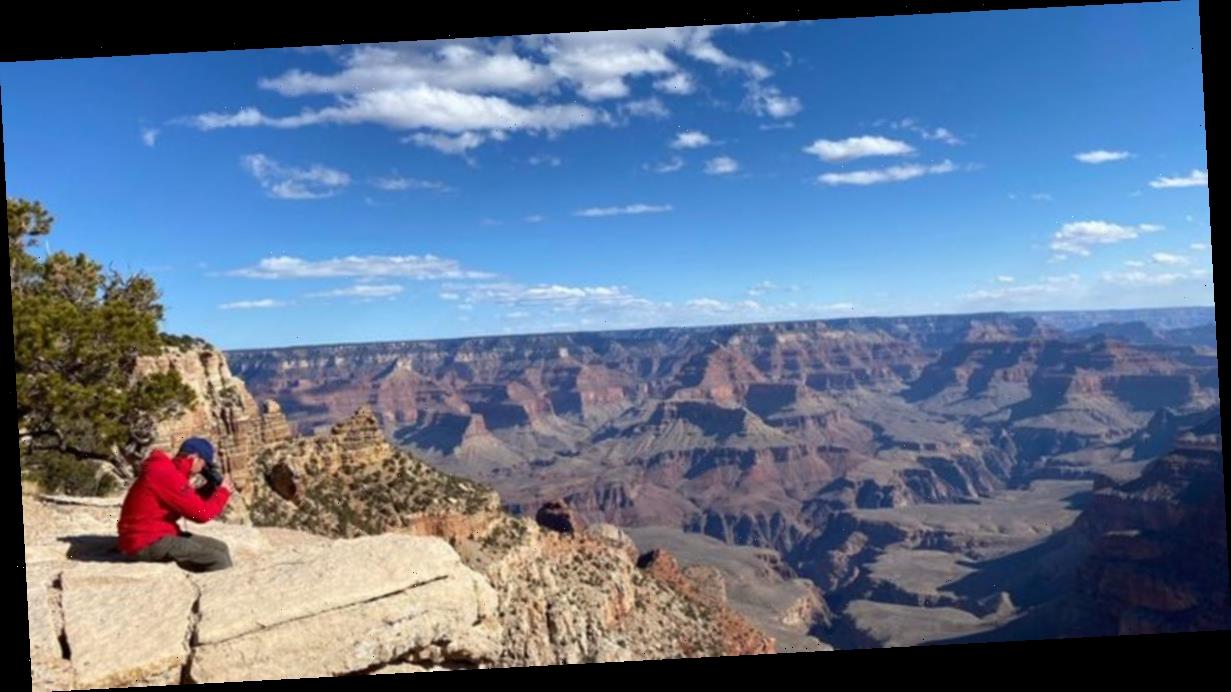