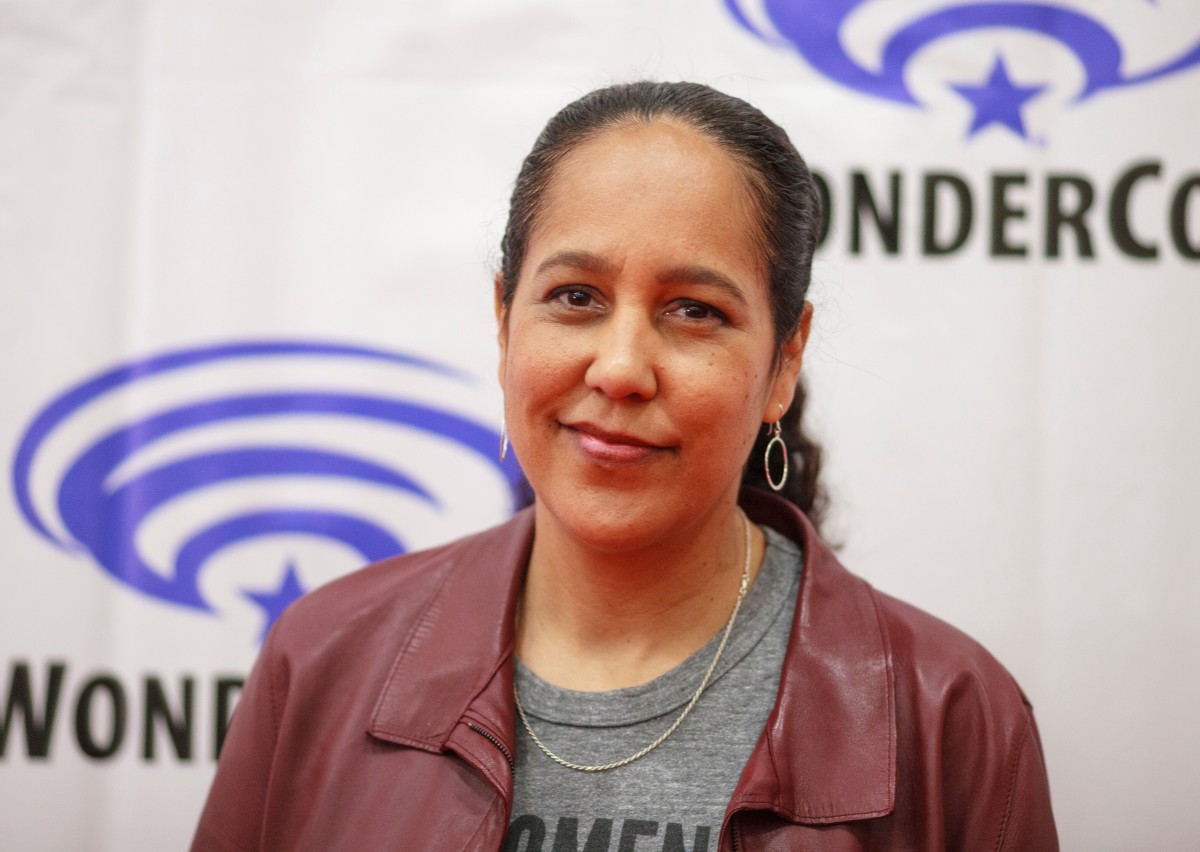 The Old Guard, directed by Gina Prince-Bythewood, has been one of Netflix’s most popular movies this summer. It’s also been one of my favorites. The action scenes are gritty and kick-ass and the gay love story is absolutely moving. All of that was of course intentional. In an interview with NPR, Blythewood talked about action film tropes for women and why she was determined to keep in the kiss between characters Joe and Nicky.

On how women are often sexualized in action movies
I’m going to give a generalization. … Female characters are not the center of the story. They’re not integral to the plot or the climax. They are usually, if they do have superpowers, are sidekicks, or comic relief, or do not have full arcs or stories. And the fight scenes, the costume, it is about sexualizing the characters. …

Whenever there’s a cool fight between two women, it always has to turn into the sexy cat fight, as opposed to just these two women are warriors. Let them fight, let’s marvel at their athleticism. That’s what excites me. I know it’s because I am an athlete and grew up an athlete, and those were the women that I grew up with around me.

And also there tends to be a thought that … let’s just design the coolest fights, as opposed to being true to what a fight with a woman would look like. A woman does not have the strength to pick somebody up and throw them up against a wall like a man could, but there are different ways that a woman would fight and look cool.

On the audience’s reaction to the scene of the gay couple kissing
Before COVID shut everything down, we had two audience previews of the film. So I actually got to see it in the theater with 250 people per screening. And they target an audience of people they think will see the film for the previews. And I knew there would be nothing to get me to cut that scene. But we did not know what the audience reaction was going to be at all. And I remember sitting in the theater and as we’re getting closer to the scene, … and they kiss, and the audience erupted in applause, [at] both screenings.

It was such an amazing moment and surprising … But it honestly was tied to this moment when we were shooting. After we’d finished shooting the scene, two different guys from the crew came up to me and said how much they loved the scene and that when they were watching, they didn’t see two men, they just saw two people in love. I was like, wow, I think, maybe we did do our jobs here, because that’s what they felt and that’s what we wanted to feel. Love is love.

I love action and fantasy films and always get irritated by how they portray women. They either have to be rescued or they cause the downfall of the male lead. Wonder Woman and now The Old Guard have flipped the script and are creating a blueprint for the action genre going forward. I also enjoyed the romantic relationship between Joe and Nicky. Their love for each other was palpable and not treated as taboo or something to gawk at.

I’d like to see more female characters introduced into a sequel, if there is one, and learn more about the backstory of Joe and Nicky’s romance. Gay relationships need to be normalized in movies. Like Bythewood said, “Love is love.”

Thanks Bluesky for the tip!

Dopeness on volume 10. @bethanylevy was part of the incredible #theoldguard stunt team. So skilled. Down for whatever. Always with a smile. #womensupportingwomen #blackstuntwomen

Dopeness on volume 10. @bethanylevy was part of the incredible #theoldguard stunt team. So skilled. Down for whatever. Always with a smile. #womensupportingwomen #blackstuntwomen

#challengeaccepted Thank you @janineshermanbarrois and @msshaunrobinson for nominating me. You too are a bad-ass and I am proud of our fight to amplify Black women in our work. #womensupportingwomen