Video footage has gone viral of a man having an anti-mask meltdown in an Arizona grocery store and being carried out by a young man identified as his son.

MAN ARRESTED AFTER THREATENING NEW JERSEY COSTCO EMPLOYEE: 'SHUT YOUR MOUTH AND RING UP MY STUFF'

In a quick clip that’s been viewed over 5.6 million times since hitting Twitter on Monday, the unnamed shopper exploded into an expletive-laced rant inside a supermarket that The New York Post identified as a Sprouts Farmers Market in Tucson. 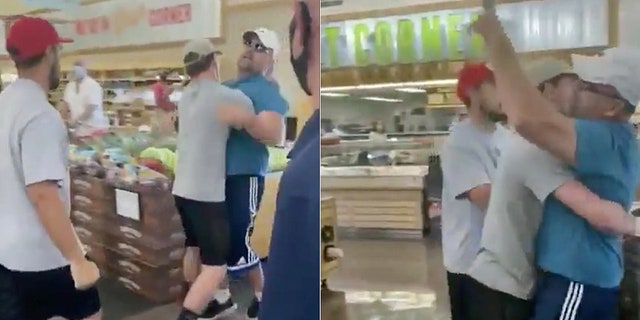 Video footage has gone viral of a man, pictured, having an anti-mask meltdown in an Arizona food store.
(Jam Press)

'These people won't learn! You're a bunch of idiots wearing masks, you know it’s not real!” the disgruntled customer said, apparently arguing with someone off-screen near a bakery case. “Look at you fools. You got a f—ing doily on your face!”

As he ranted, two younger men tried to guide him away from the scene.

"Dad," one said, trying to reason with the angry man. 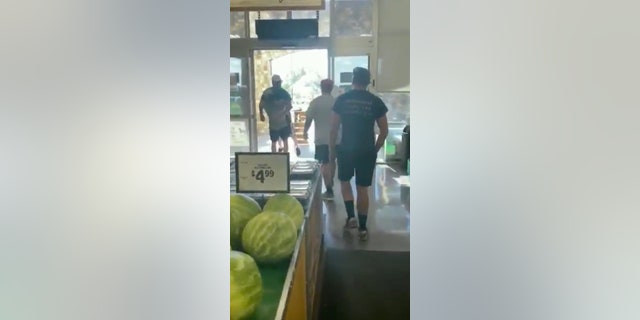 At one point, a young man identified as the disgruntled customer’s son hoisted him up and carried him outside the store.
(Jam Press)

Another customer in a surgical mask then approached and ordered the screaming shopper with the offensive language to "shut up." The younger man identified as the son stepped between them and pushed his father back, away from a mask-wearing man he appeared to be charging at.

“Come outside! Come outside and show me how tough you are!” the dad hollered at the other customer. 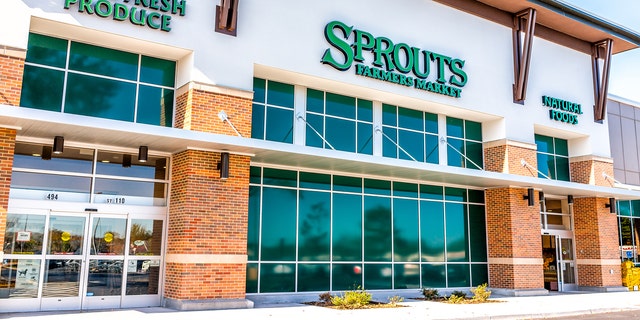 The unnamed shopper exploded into an expletive-laced rant, reportedly inside a Sprouts Farmers Market in Tucson, Ariz.
(iStock)

Hugging his arms around the man identified as his father, the young man in the gray T-shirt quickly walked his dad out of the store, at one point hoisting him up and carrying him outside as he continued yelling.

The father, meanwhile, was clearly in violation of not only the store's policy, but also the policy of the surrounding county: In a public health mandate effective July 15, all persons over age 5 are required to wear a face mask in public in Pima County, if a 6-foot space for social distancing cannot be maintained.