Currently on trial for fraud and conspiracy, Elizabeth Holmes is back in the spotlight again. Before things fell apart in 2017, the deep-voiced, blonde CEO and founder of Theranos had set out to create a home device that people could use to test their blood for all types of illnesses. However, her plan was eventually revealed to be a fraud with her hopes to revolutionize the healthcare industry nothing more than a false promise. As her time in court continues, here’s what to remember about Holmes, Theranos and her upcoming portrayal onscreen.

As a 19-year-old sophomore at Stanford, Holmes decided to found a company, which would eventually become Theranos (derived from “therapy” and “diagnosis”), with the goal of developing a device that would draw a substantial amount of testable blood from no more than a prick of a finger.

A little over a year later, in 2004, Holmes raised $6 million to fund her ambitions. And by 2010, Theranos had collected more than $92 million in venture capital, making Holmes an undisputed star of Silicon Valley. She soon found herself on the covers of Fortune and Inc., with Forbes dubbing her the youngest self-made female billionaire in 2014.

In 2013, Theranos partnered with Walgreens to launch in-store blood collection centers and two years later, the company established partnerships with Cleveland Clinic, Capital BlueCross, and AmeriHealth Caritas despite not having produced a functioning device. 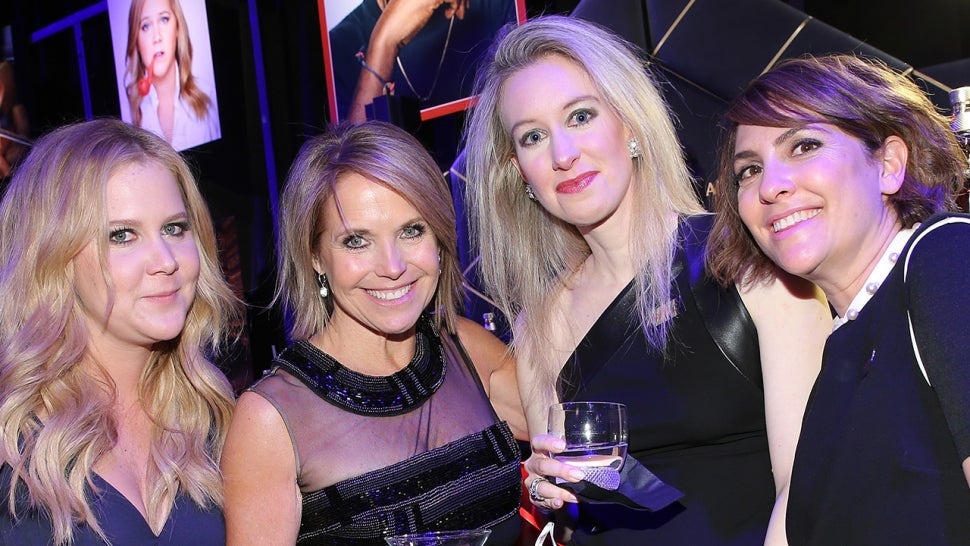 However, investigative journalists discovered that she was allegedly falsifying data and using commercial devices to do so while collecting millions from investors. And by 2018, authorities got involved and she was charged with several counts of wire fraud and conspiracy to commit wire fraud.

Several years later, Holmes is finally in court, where the New York Times reports that she’s “battling 12 counts of fraud and conspiracy to commit wire fraud over false claims she made about Theranos’ blood tests and business.

“​​In 2018, the Department of Justice indicted both her and her business partner and onetime boyfriend, Ramesh Balwani, known as Sunny, with the charges. Mr. Balwani’s trial will begin early next year. Both have pleaded not guilty.”

What Holmes Has Been Up to Since Her Arrest

Since being indicted in 2018, Holmes has stepped down as CEO of Theranos and has been the subject of books and documentaries (more on that below). While her legal team has been busy trying to dismiss the charges against her, which have only increased since the initial charges were brought against her, Holmes’ personal life has fared better.

After being released on bail, Holmes became engaged to William Evans, an heir to the Evans Hotel Group, in early 2019. The couple later got married in a private ceremony that year. Currently, they live in San Francisco, with Holmes giving birth to their first child, a boy, in July 2021. (Her pregnancy, along with the coronavirus pandemic, led to the yearlong delay in her trial.) 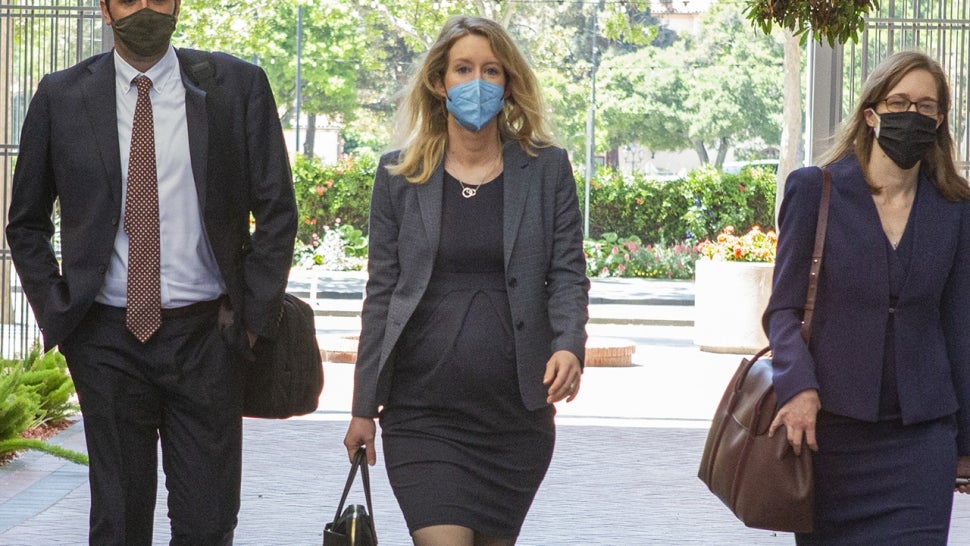 Also, during that time, Vanity Fair reported that Holmes “still doesn’t seem to think the work of Theranos is finished… She still wants people to know that Theranos was going to save the world. But in order to do so, she needs to share her side of the story.”

Subsequently, she’s attempting to write a book and has had meetings with filmmakers in order “to collaborate on a documentary about her ‘real’ story… In Holmes’ eyes, according to former employees, this is only the beginning of yet another redemption story.”

What to Read or Watch About Holmes and Theranos

While Amanda Seyfried is set to portray Holmes in Hulu’s upcoming limited drama, The Dropout, and Jennifer Lawrence is still slated to take on the Theranos founder in the Adam McKay feature Bad Blood, there are several projects chronicling the story from conception to arrest.

Holmes’ story was first captured in 2018’s Bad Blood: Secrets and Lies in a Silicon Valley Startup, written by John Carreyrou. The nonfiction book, which began a series of investigative articles for the Wall Street Journal, was the first comprehensive and inside look at Holmes’ rise and Theranos’ business. 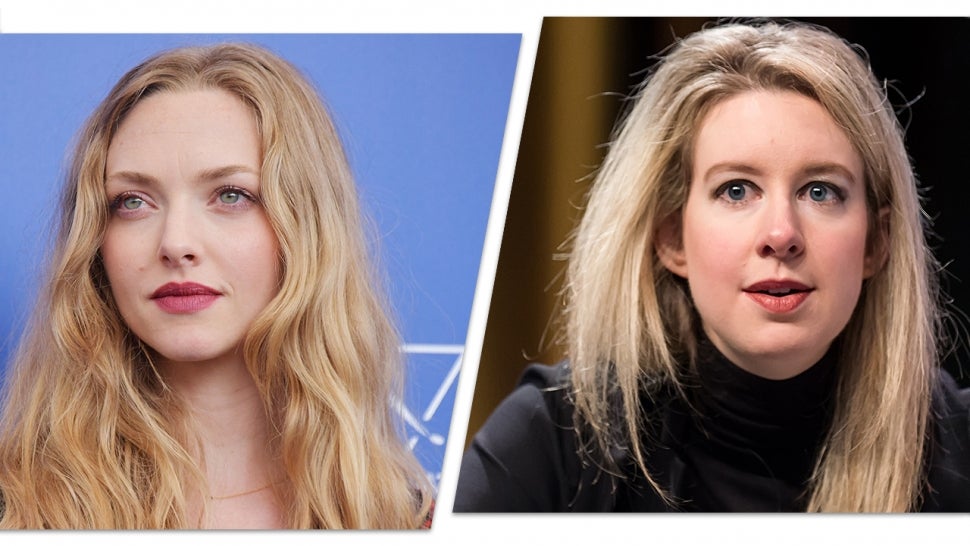 It was quickly followed by the 2019 ABC podcast The Dropout, hosted by Rebecca Jarvis. What set the audio series apart was being able to hear Holmes’ signature baritone, which has been the subject of debate. It also includes interviews and deposition tapes of other key figures, including Balwani, Holmes’ brother, Christian, Theranos whistleblower Tyler Shultz and others.

Bad Blood served as the basis for the 2019 HBO documentary The Inventor: Out for Blood in Silicon Valley, directed by Alex Gibney. The film notably included footage of Theranos’ marketing materials, which features Holmes on camera wearing Steve Jobs’ signature black turtleneck. The documentary also featured interviews with several investors and investigative journalists who helped uncover the company’s fraudulent practices.

'The Inventor:' Producer Jessie Deter Says Elizabeth Holmes Lied To Her 'Quite A Bit'

In an interview with ET, Inventor producer Jessie Deeter explained how deep Holmes’ manipulative world ran — even after she got into trouble. “When I spoke with [Elizabeth] in the fall of 2017, the SEC hadn’t yet come out with all of those multitudes of allegations against her,” Deeter said. “So our team didn’t know about that. But she knew about that. She acted as if she was going to be moving forward [with our documentary].”

“But we did have John Carreyrou’s excellent Wall Street Journal reporting, right? And so I said, ‘You know, Elizabeth, you’re being accused of fraud,’” Deeter continued. “And she got very angry with that word and said there was no fraud and she told me that she felt that she had been treated differently [than men] in Silicon Valley because she was a woman. She said, ‘You know, men are allowed to fail and men are allowed to make mistakes in this business and because I’m a woman, I was not.’”

Amanda Seyfried to Play Elizabeth Holmes in Hulu's 'The Dropout'