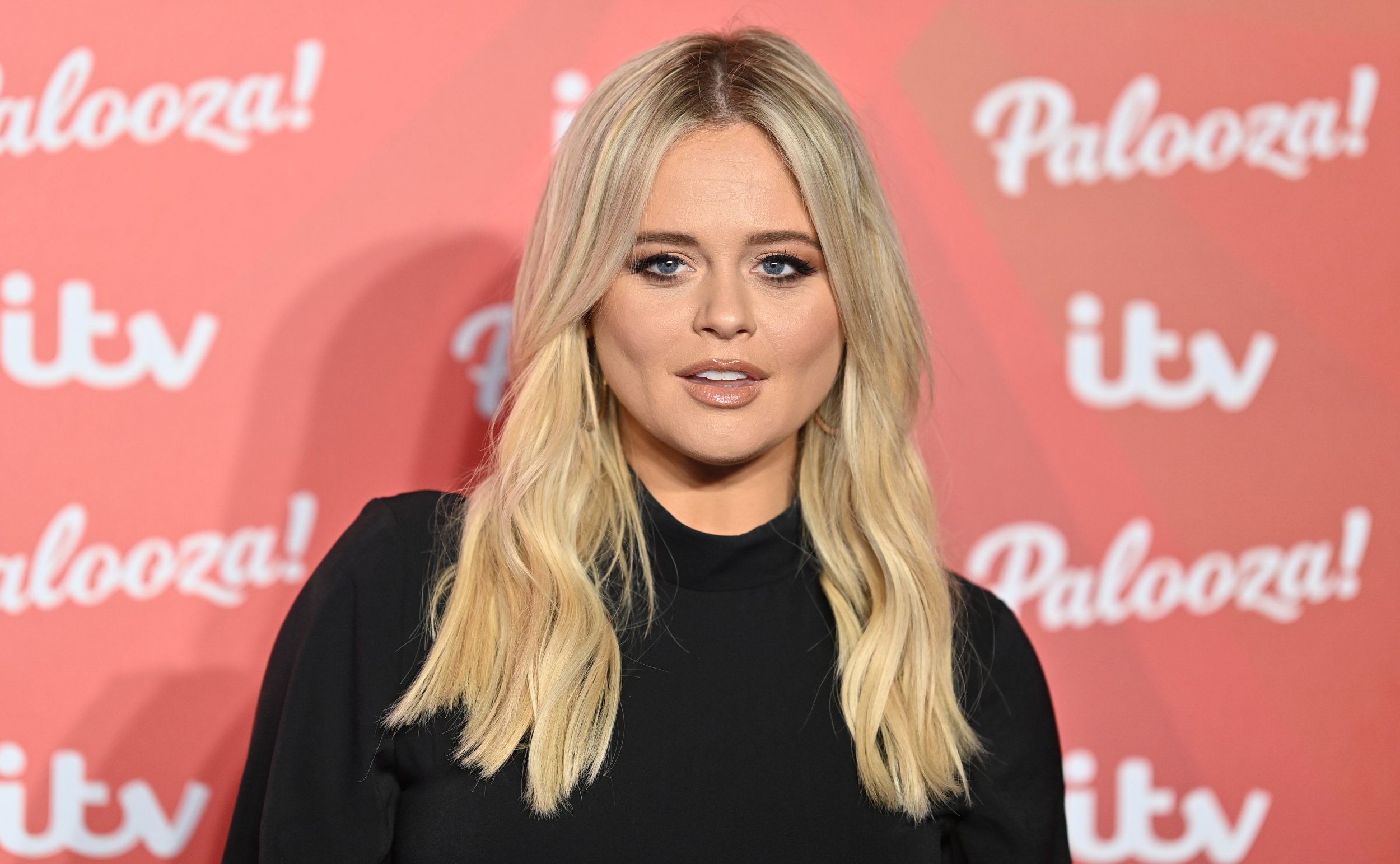 Emily Atack made a glamorous statement as she mingled with the stars at this year’s ITV Palooza tonight.

The former Inbetweeners actress rocked up to the red carpet at London Southbank’s Royal Festival Hall on Tuesday night, where the likes of Holly Willoughby, Phillip Schofield and Queen’s Brian May were also in attendance.

Opting for an LBD, Emily, 31, looked chic in her long-sleeved minidress from designer De La Vali, which featured feathered sleeves.

It’s the first red carpet appearance the TV star has made since rumours about her friendship with Manchester City footballer Jack Grealish emerged earlier this month.

Reports alleged that Jack, 26, had grown close with Emily recently and that they had enjoyed secret dates. However, the football star is believed to be in a long-term relationship with model and influencer Sasha Attwood.

Emily has not addressed the claims but Jack appeared to slam the reports in a social media post, writing: ‘Please don’t believe everything you read in the newspapers.’

He went on to claim the ‘2 biggest lies in newspapers’ involved quotes from ‘sources’ and ‘close pals’.

The Sun had previously reported that Love Island star Amber Gill was left ‘heartbroken’ after discovering that Jack was ‘dating’ Emily ‘possibly at the same time’ as her, as well as seemingly being in a relationship with Sasha.

Soon after Amber’s name emerged in headlines, the reality star wasted no time in taking herself out of the apparent race for the England ace’s heart.

Dismissing the reports, Amber, 24, took to her Instagram to refute the reports ‘for absolute clarity’ last Friday and shared that she had received ‘hundreds of abusive messages and death threats’.

The fashion and fitness influencer posted a statement on social media, in which she wrote: ‘After the headlines yesterday making it look like I had given an interview saying ‘I’m the other, other woman’ I have received hundreds of abusive messages and DEATH threats.’

Amber said that she ‘chose to ignore the headlines’, but as the day continued, she began to feel ‘more and more angry and upset’, adding: ‘I’m not going to just ignore it because this behaviour needs to be challenged.’

‘The 2 false articles written about me have invited complete strangers to DM the most vile and intimidating things, and worse still threatened my life! Why?? Because they believe the complete rubbish written about me yesterday. So, I’m not going to just quietly ignore it,’ she said.

‘For absolute clarity and in MY words, I’ve never been the ‘other woman’ nor will I ever be. And I would also never use the degrading term ‘other woman’ either (like we are collectible trophies for men!).

‘How quickly can you forget your OWN mental health campaign?? #bekind.’