Emily Ratajkowski regularly shows a lot of skin⁠—whether it’s modeling bikinis for her own Inamorata swimwear line, or posting revealing selfies on Instagram.

And for the 73rd Tony Awards, which took place at Radio City Hall in New York, the model donned a sleek Michael Kors Collection gown, which featured several cut-out panels.

As well as being severely low-cut, the sequin-embellished dress fit Ratajkowski perfectly: 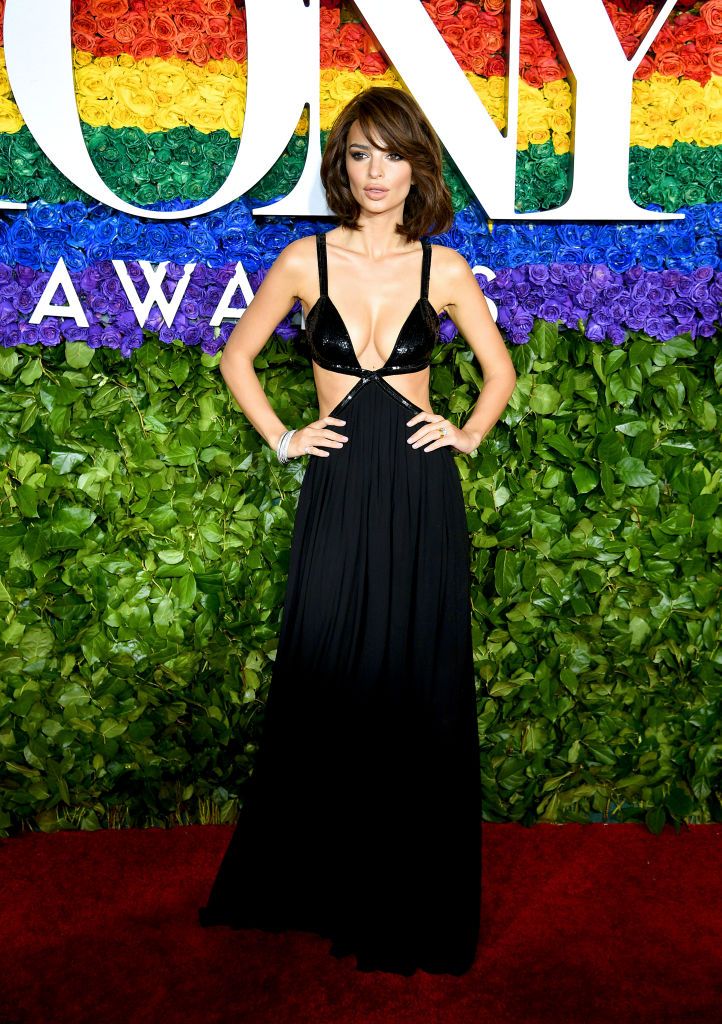 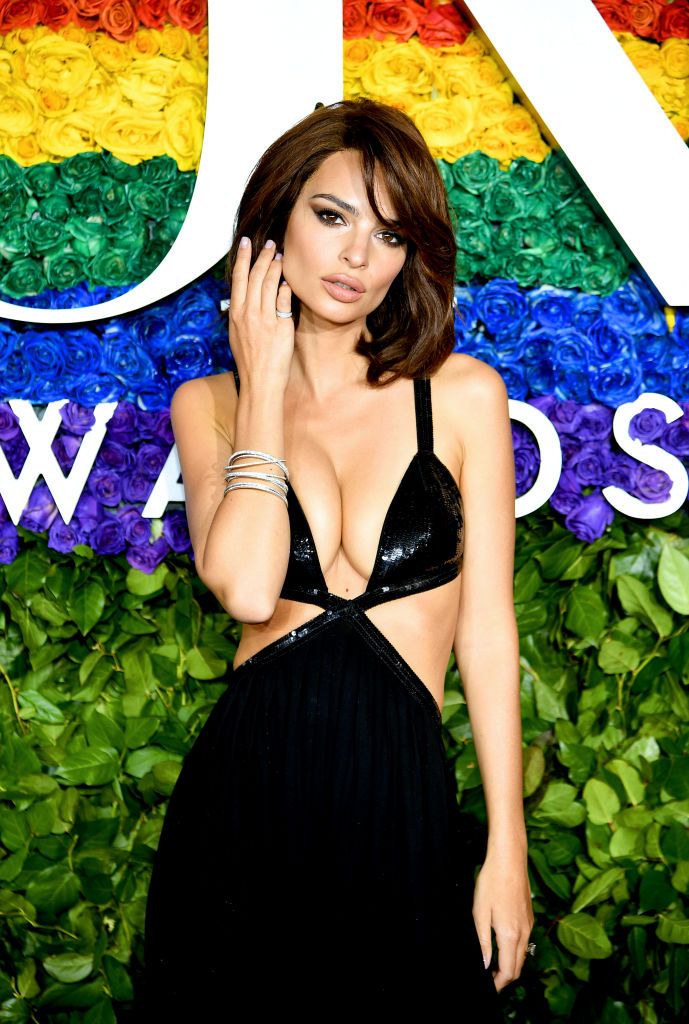 The Michael Kors Collection cut-out sequin-embellished georgette gown also featured a low-cut, naked-look back, which Ratajkowski was sure to show off: 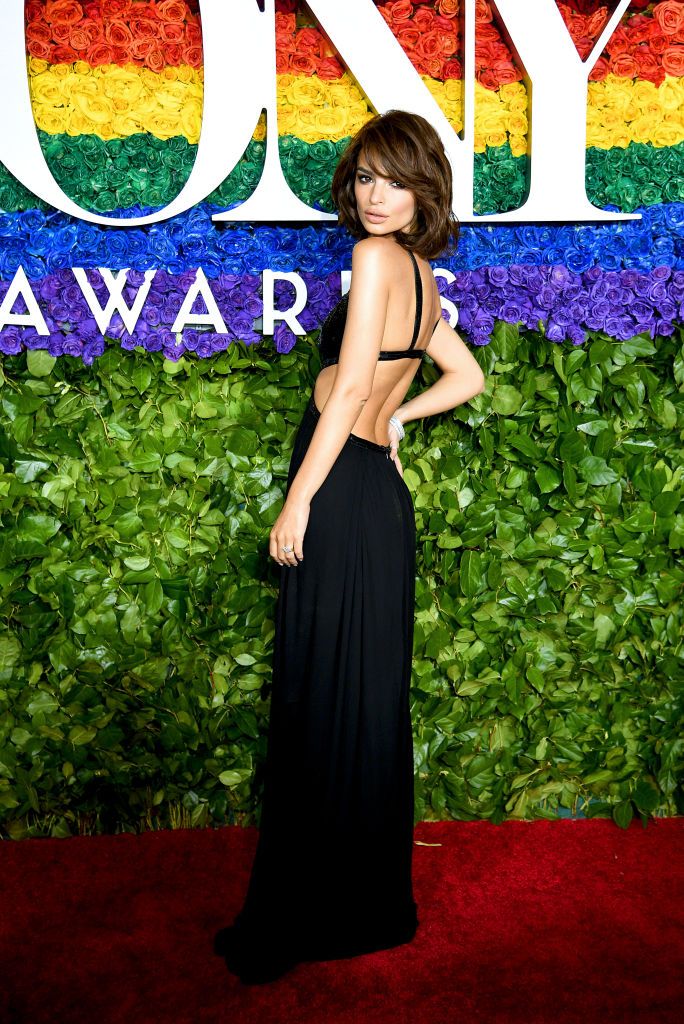 Understandably, the sparkly gown has been selling out everywhere, but you might still be able to snap one up from a U.K. retailer.

Ratajkowski also posed with the designer Kors on the red carpet: 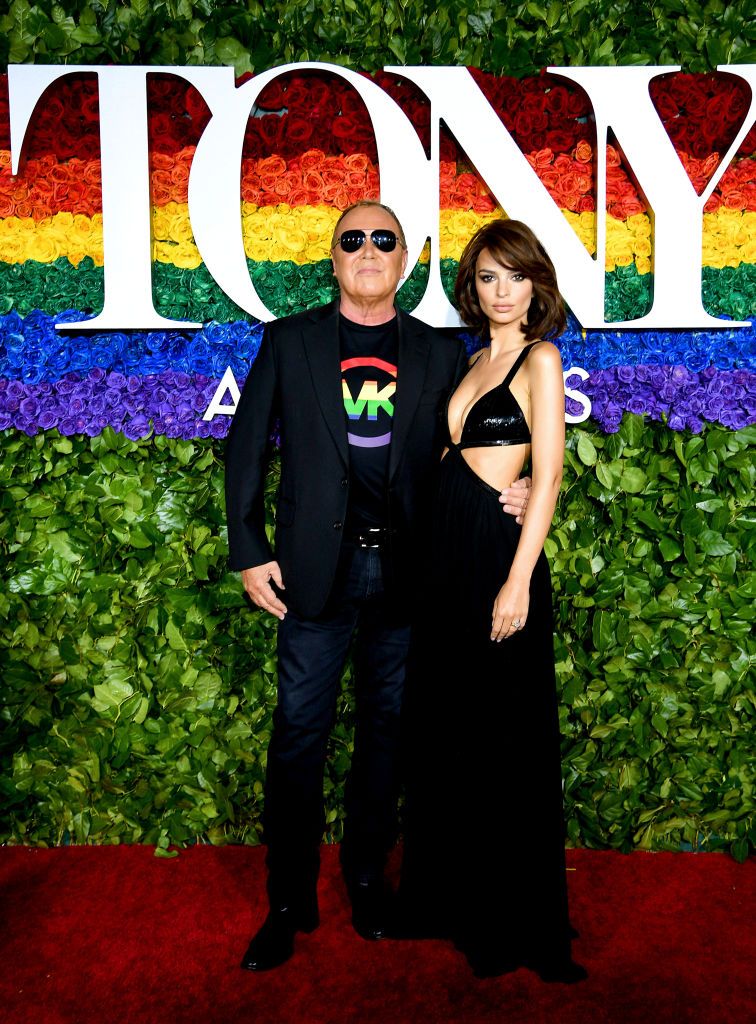 Ratajkowski recently told Us Weekly that, when she’s not dressed up for a red carpet, she’s channeling Princess Diana’s casual style. She revealed to the publication, “I’m trying to go ‘80s and have been thinking about Princess Diana’s street and ready-to-wear moments like a blazer and a bike short and a big sneaker.”

As for what she’ll wear on a date with her husband, Sebastian Bear-McClard, Ratajkowski told Us Weekly, “I like to wear an oversized jacket, a pair of Levi’s, one of my Inamorata tops, and a sneaker or boot and I feel good.”