TWO British families have slammed TUI after three kids were hospitalised with a 'frightening sickness bug' outbreak at a five-star resort.

The children were left with bleeding blisters, diarrhoea and projectile vomiting before being admitted to hospital. 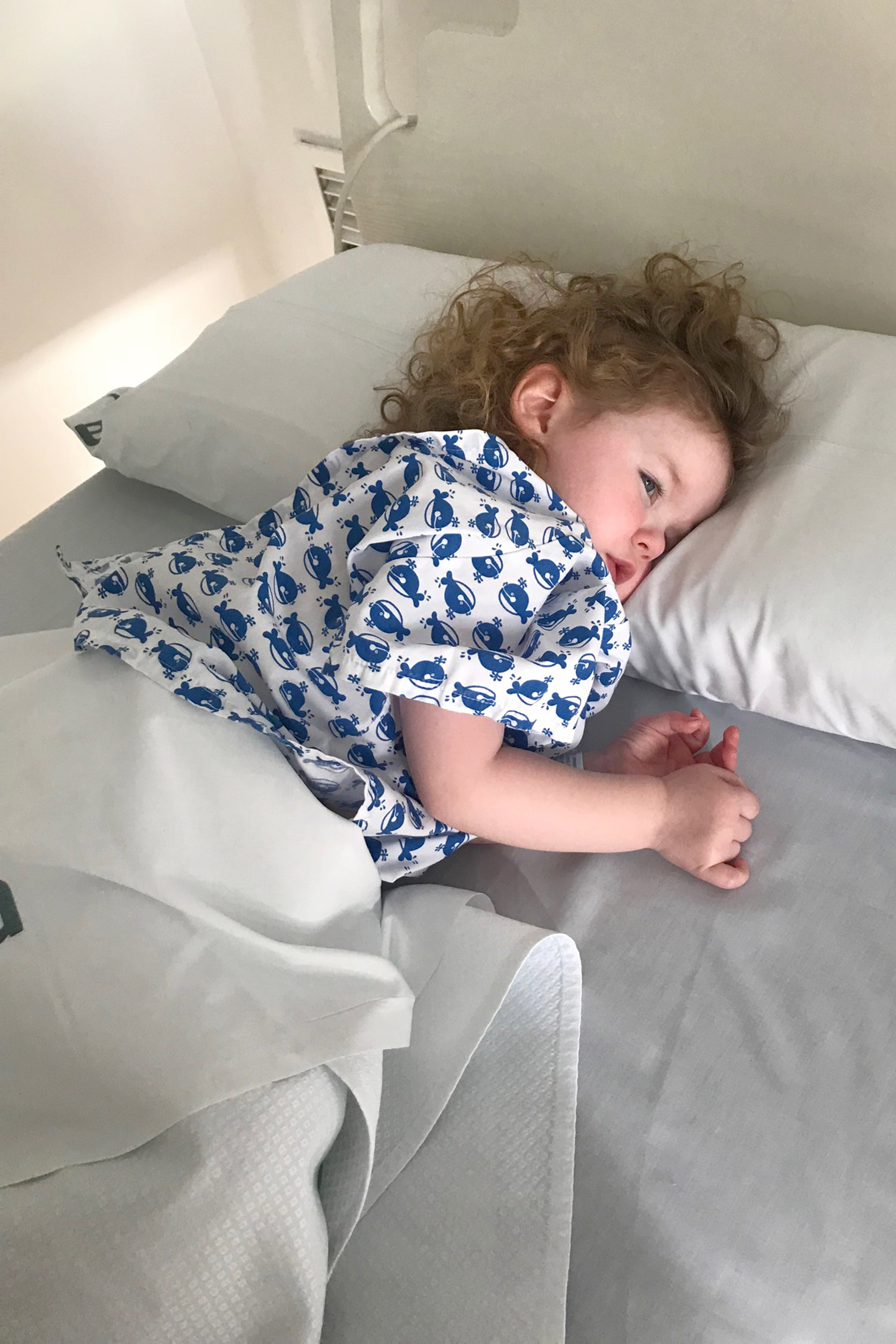 Having spent just one full day at the resort, arriving late evening on May 3, Sarah woke in the early hours of the Sunday morning having 'projectile vomited in her sleep' before her children then became unwell with sickness and diarrhoea.

She claims both her children were later taken to a local hospital and given intravenous fluids and medication. 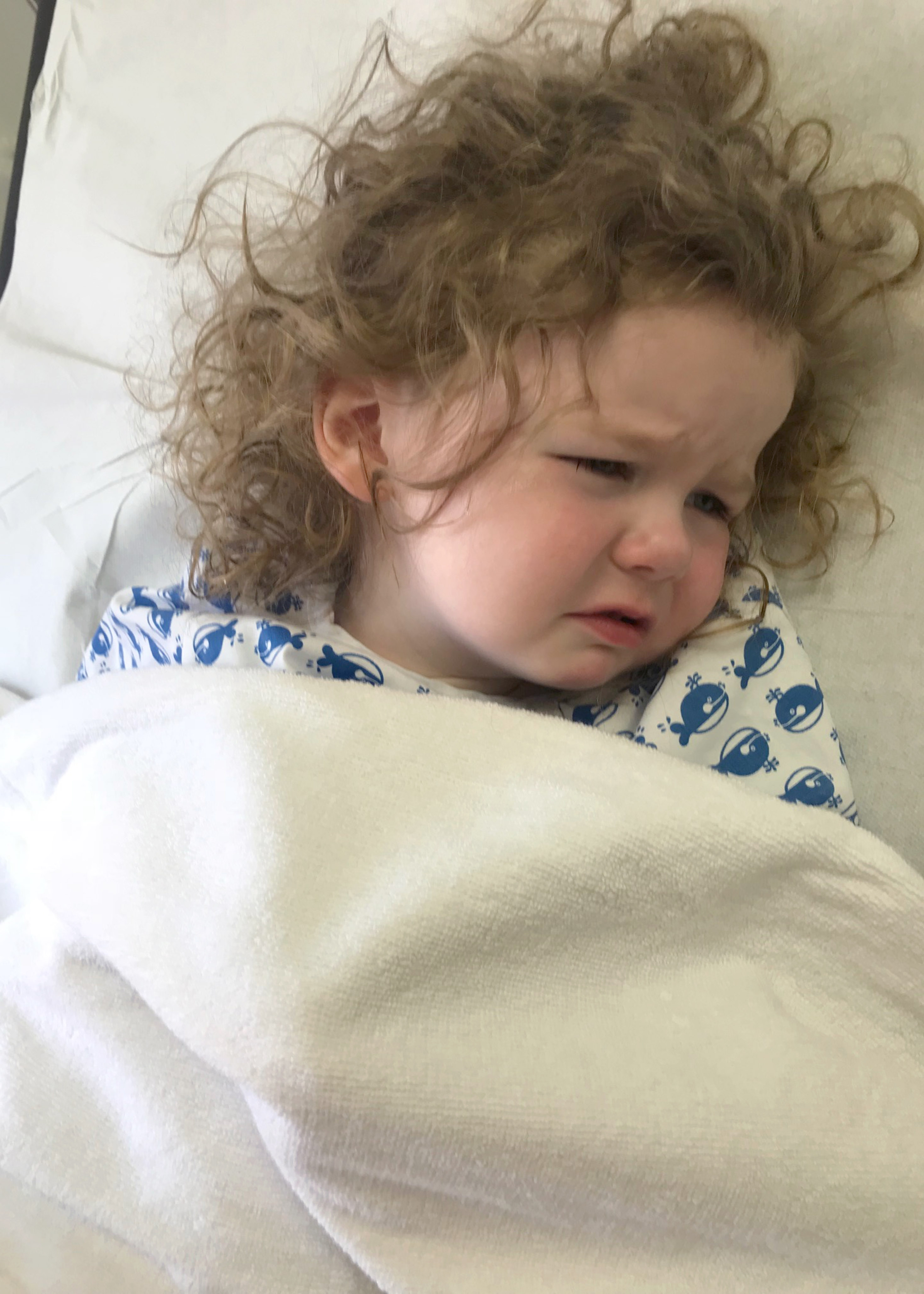 "Initially I didn’t worry too much so I stripped her bedding and put her in another pair of pyjamas, but 20 minutes later it happened again. Then she was continually being sick every 10 or 20 minutes.

"She was in a lot of pain, holding her stomach and getting upset and distressed, but it just kept coming.

"It carried on for a couple of hours and then Rosie started being sick, and like Sarah, she kept on being ill.

"At that point I thought something was badly wrong, for them both to become so badly ill so quickly. They had both eaten exactly the same from the kids buffet, so I wondered if it was linked to that. 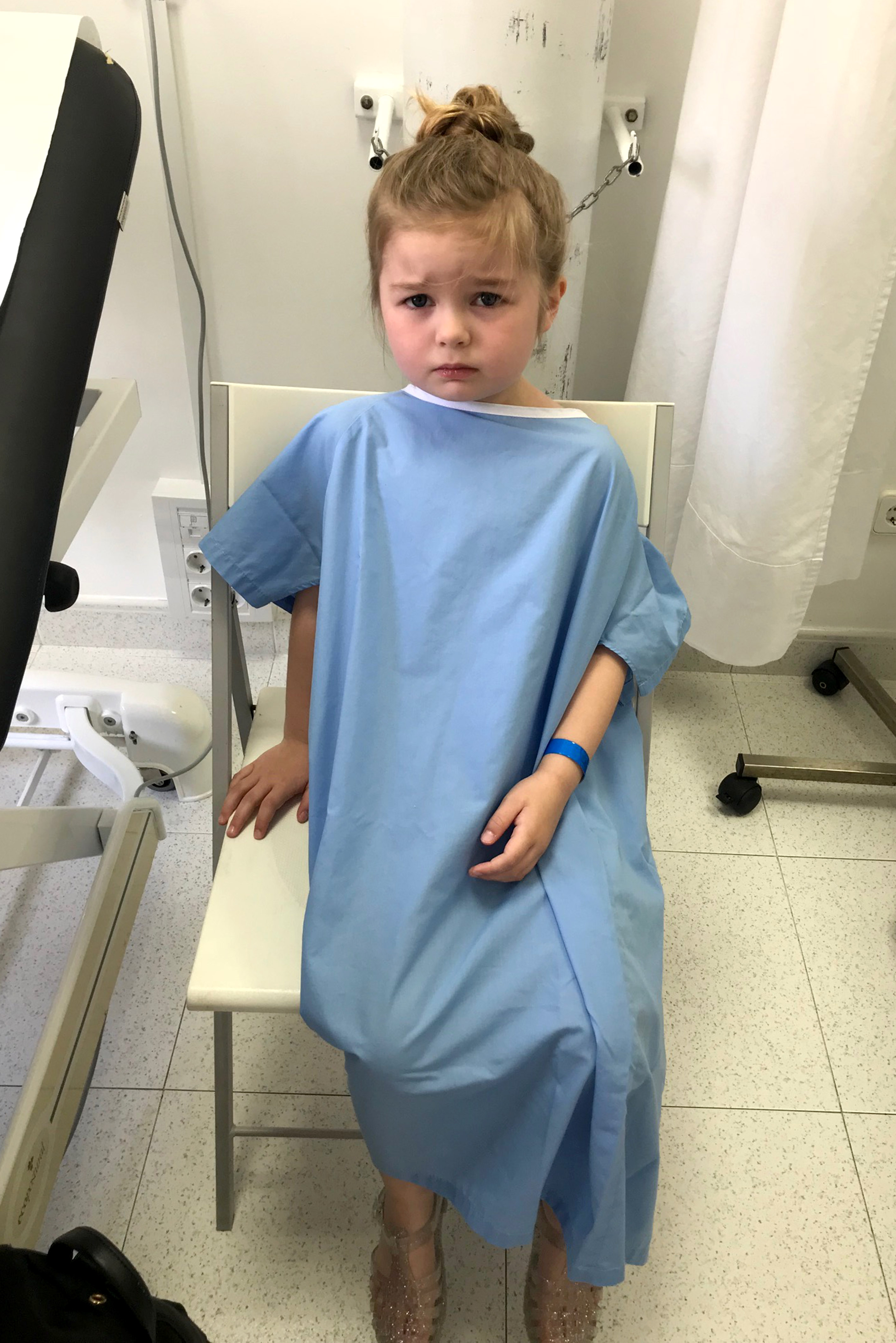 "It was horrendous, hellish.

"Sarah was going through nappies one after another, and at one stage I counted 20 full nappies in an hour. It was something like I’d never seen before and never want to see again.

"We were just constantly cleaning away sick and diarrhoea and at one stage I had to put a nappy on Rosie too.

"That upset her as she is four-years-old and she was saying to me ‘I don’t need to wear nappies anymore mummy’, but it was the only way we could contain it. 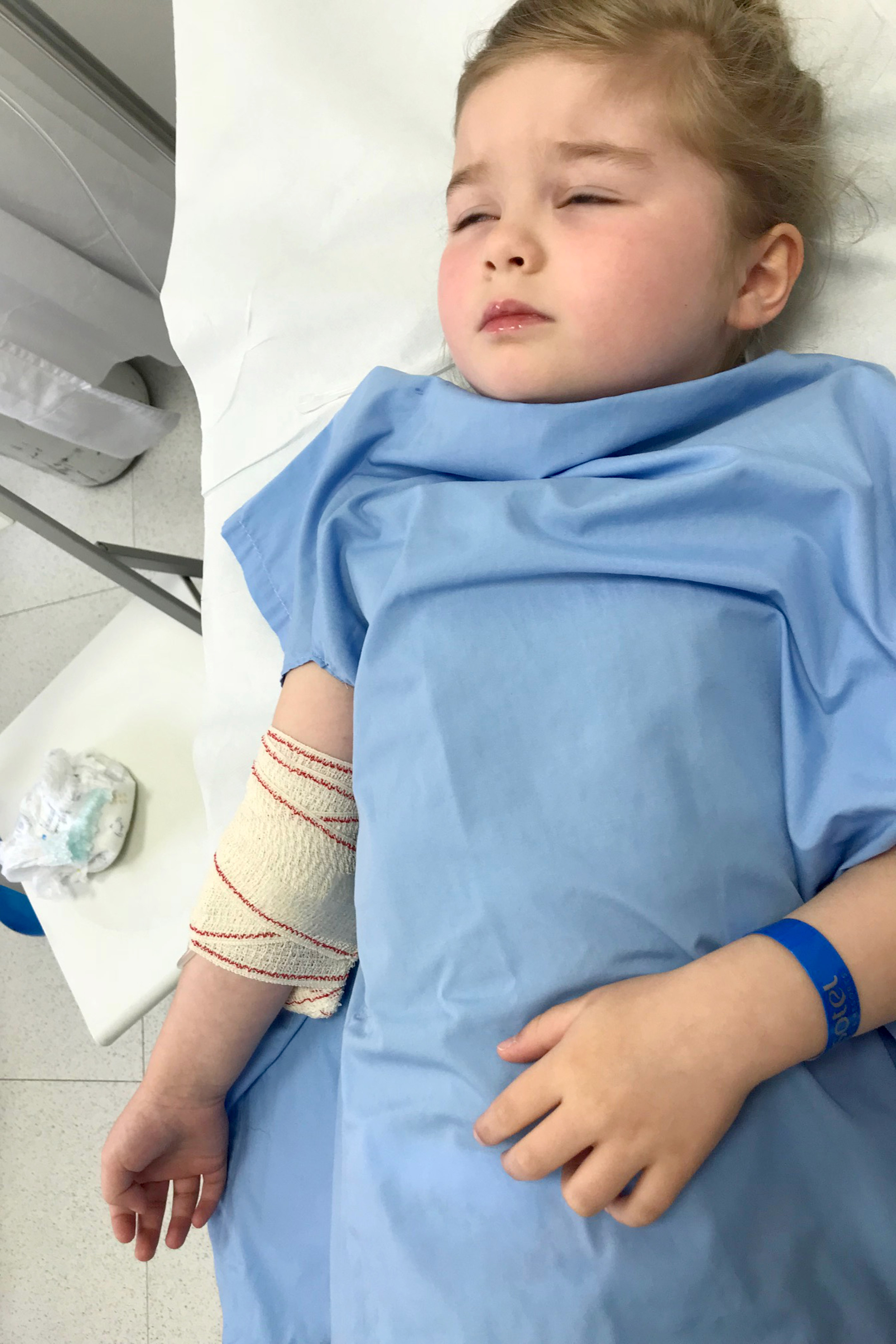 "They were both in immense pain and we could do little to help. It was frightening.

"I rang my mum at home to ask what to do as she is a nurse and she said we must get medical attention if it went on for 12 hours, as the girls would be getting dehydrated and it could be dangerous."

The family were then taken straight to hospital with a taxi arranged by the hotel, where the girls were treated for norovirus and gastroenteritis.

The family were finally discharged after both children has stopped vomiting on May 7, but say they were not able to fully enjoy the remaining week of their break.

Louise added: "The girls were still both very weak after what they had been through, and were not able to go in the pool until the last day or two as I didn’t want them to pass anything on to any other children. 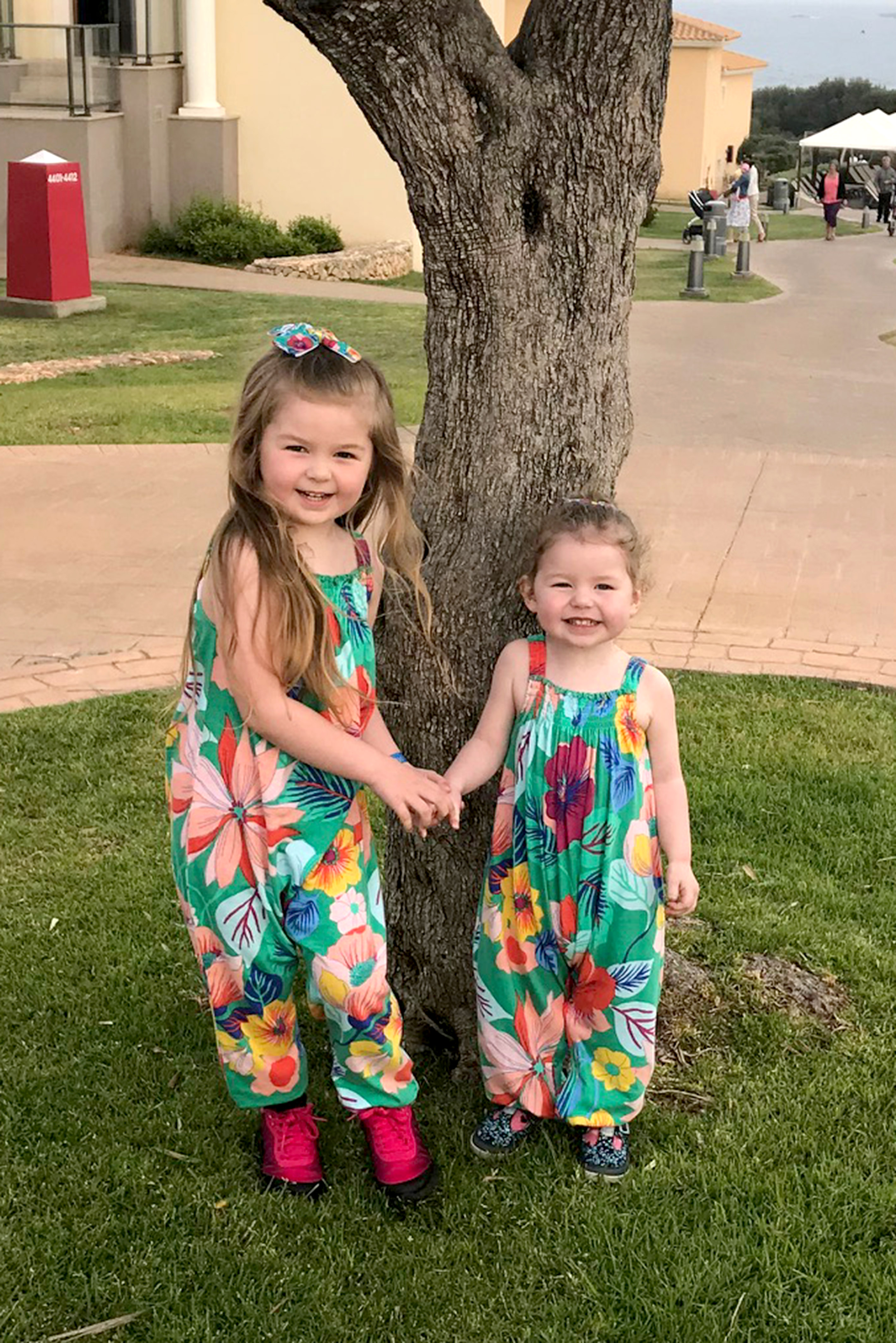 "That was hard as they kept asking to swim and we had to stop them.

"We went to restaurants on the beach as well, as we didn’t want any more food from the hotel.

"My children returned home looking pale and thin. Sarah is very clingy now and is scared to go away anymore due to the whole experience."

They aren't the only family to have experienced issues at the hotel – Jade Fulbrook, 33, booked her husband Dave and their family, a break for £2,800 between May 6th and 13th with their children, Zachary, 12, Buddy, six, Oscar 10 and three-year-old Bella, from Dorset. 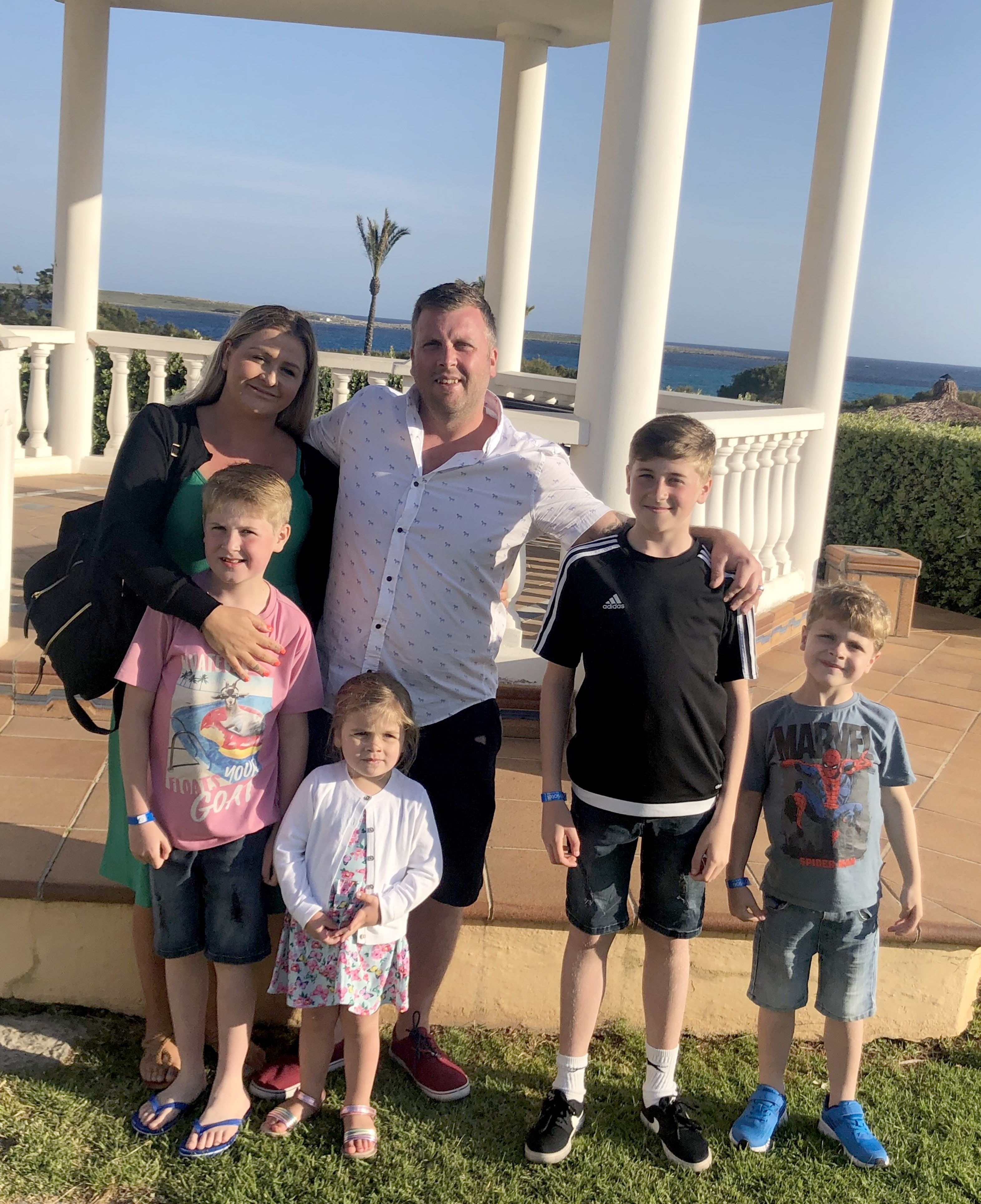 Jade claims both herself and Oscar were hospitalised with acute gastroenteritis and dehydration after contracting a sickness bug at the resort.

She added: "We booked the hotel because it was marketed as a five-star premier resort but it was anything but. It was just a disaster.

"Within a couple of days my children started developing nasty, sore blisters that were bleeding.

"We reported the matter and a rep said that there had been a chemical imbalance in the pool, and that other cases had been reported by the guests, but later they changed their story and they claimed the pool had been fine.

"Also, just two days into the holiday, I started to suffer from really painful tummy cramps. By the middle of that night it was so bad that I couldn’t sleep. 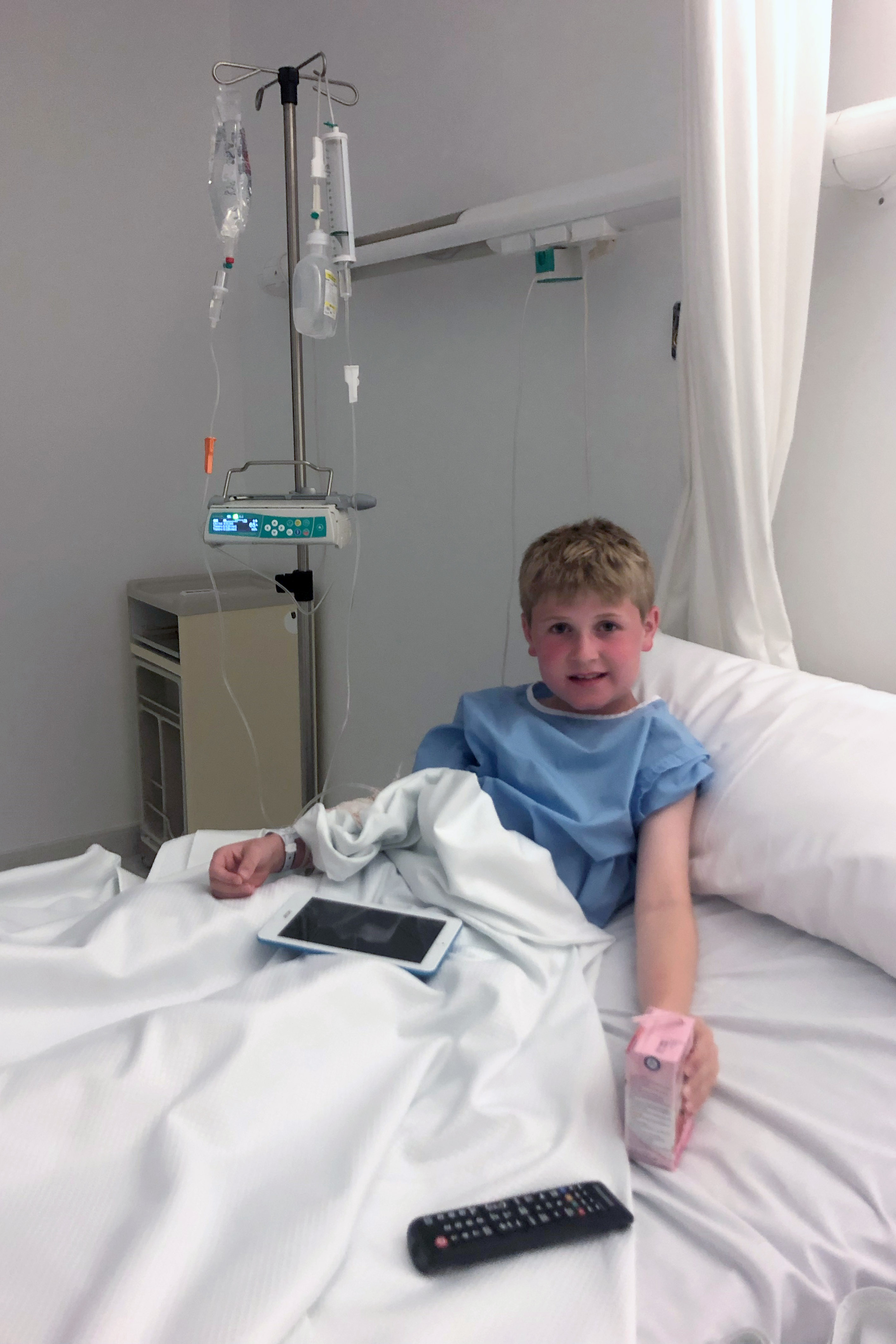 “I have honestly never been in so much pain, and I’ve had four children. I’d rather have another baby than suffer that agony again, as by the next morning I couldn’t even get out of bed.

"Then, that afternoon, my 10-year-old son, Oscar, came back from the pool and started projectile vomiting, then started suffering from diarrhoea.

"He could not stop being sick all afternoon and by this point our apartment was in such a state as we obviously had nothing to clean up with.

"We requested help but nobody came. I went to see the TUI rep in the hotel and they said that there had been another case of sickness the day before and that two children had ended up in hospital and she said that we should go too." 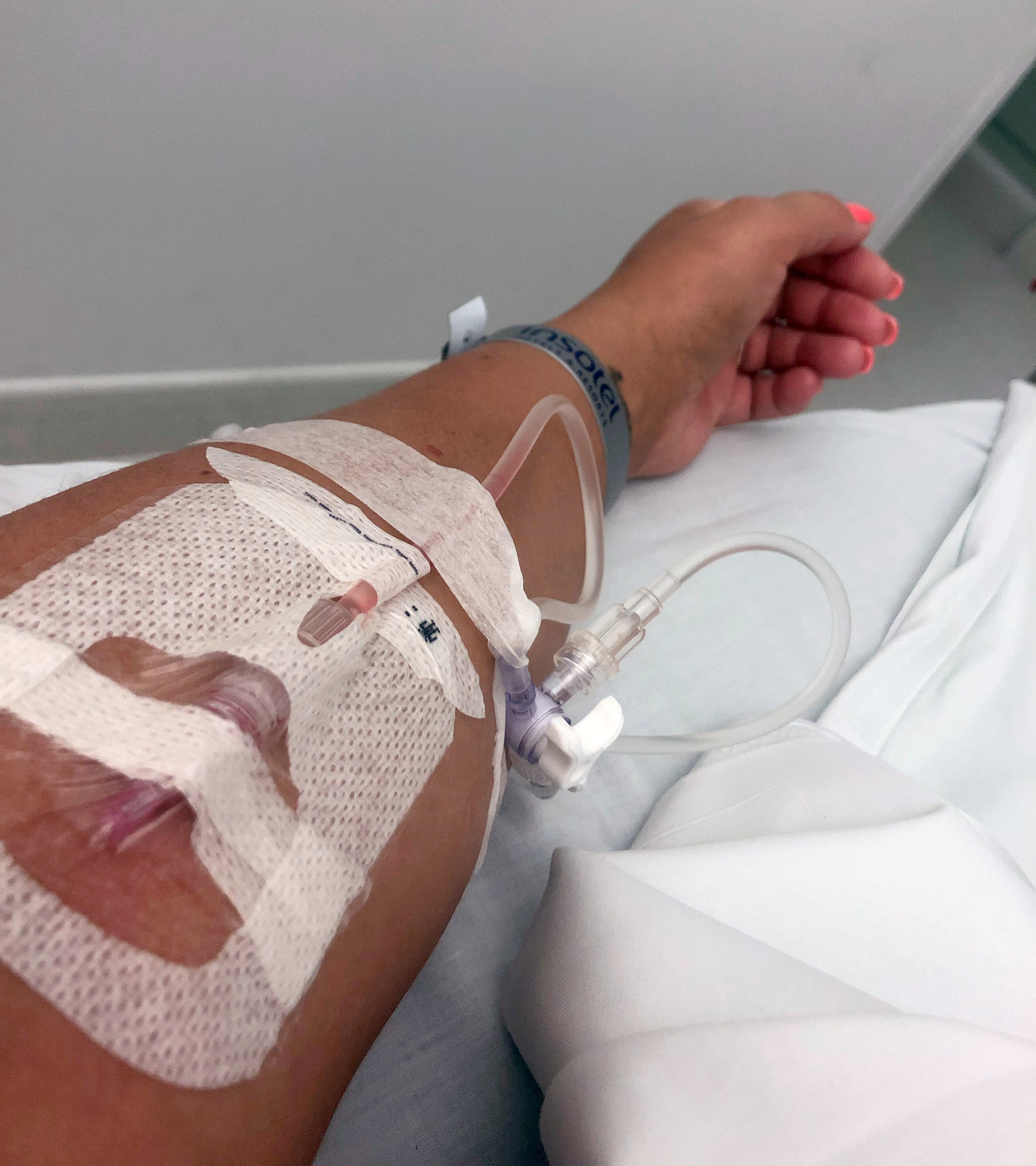 Jade travelled to the hospital in a taxi with Oscar whilst her husband Dave stayed at the hotel with their other children.

She said: "At the hospital we were admitted and hooked up to IV for fluids and medication, staying in overnight. We were told we have acute gastroenteritis and dehydration.

"To be in a foreign hospital, separated from the rest of my family, was frightening. I am not ashamed to admit I was very scared and I just wanted to be back home.

"I’m still not right even now and my children have been left traumatised by it all." 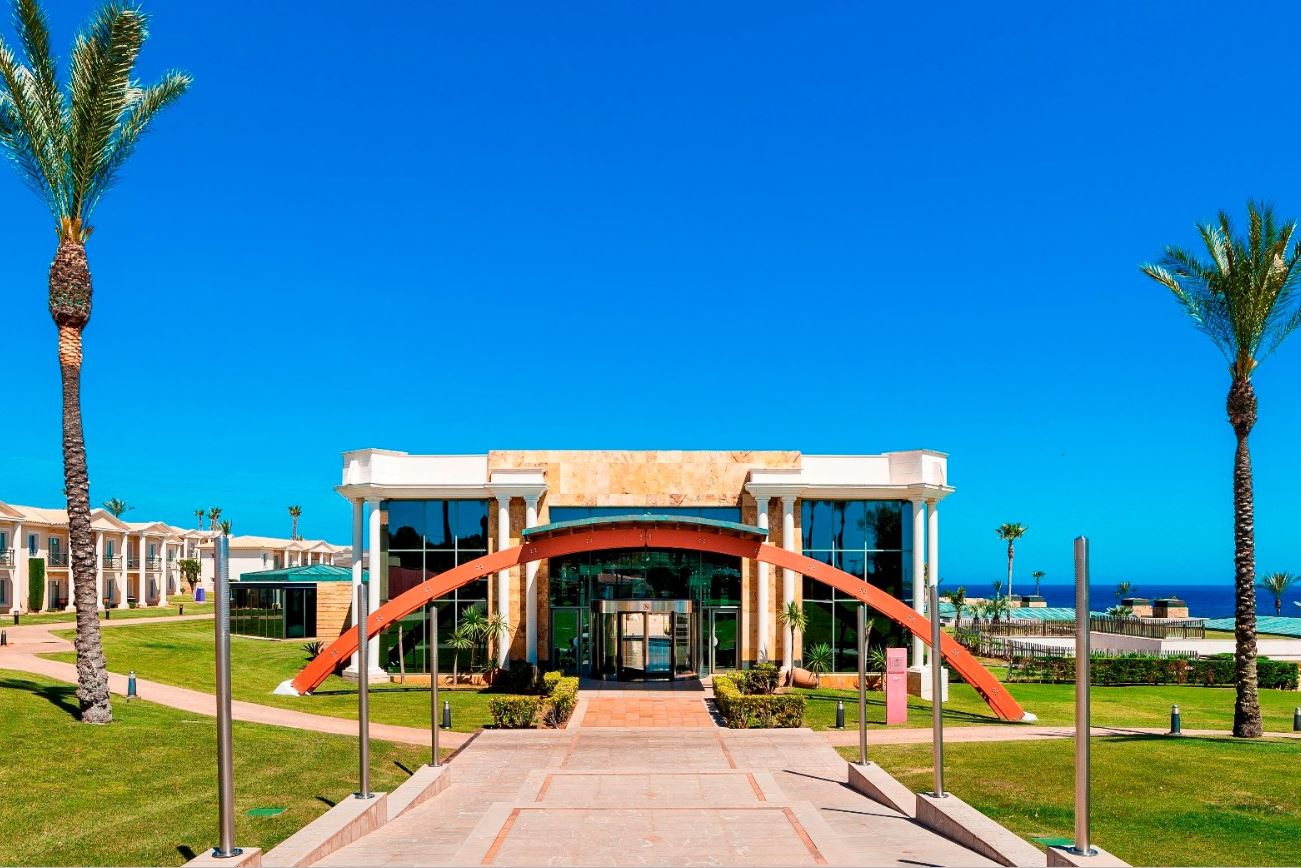 Both Louise and Jade say they were unhappy with the support provided by the TUI representatives when they returned from hospital.

Sarah said: "When we got back there were three reps in the office and when we questioned whether the illness had been caused by food all one of them said was ‘I eat here and I have been fine’, which I thought was very uncaring given my two girls had been so ill."

Jade added: "We were told they were going to put up signs at the buffet warning people about the illness outbreak but we never saw one. It was like they were trying to dismiss it, or not admit there was a problem, which was wrong in my view.

“Since we have returned home we have become aware of a number of families who suffered like us at the same time, so serious questions must be asked.”

After returning to the UK, Sarah contacted consulting holiday illness compensation lawyers Hudgell Solicitors on their return who are investigating the cause of the bug.

Lawyer Anne Thomson, of Hudgell Solicitors, said: "We have had a situation here where people have been taken very seriously ill and where very young children have been affected.

"It has been very frightening for the parents and it is difficult to think of a more harrowing situation than to see your child so poorly in a foreign hospital.

"It is the responsibility of tour operators to ensure the highest hygiene and food standards on all-inclusive package holidays at all times.

"Sadly, as we have seen in so many cases over the years, standards can drop in large, busy hotel complexes where thousands of people holiday each year."

A TUI UK spokesperson said: "We are very sorry to hear of these customers’ experiences on their holiday. As this is now a legal matter, it would be inappropriate to comment further.

What are the symptoms of food poisoning?

The first symptoms of food poisoning normally come on about one or two hours after eating contaminated food – although they could take a few hours, or even weeks, to develop.

The main symptoms include:

You should see your GP if your symptoms are so severe that you can't keep down water, you don't start to improve after a few days, or you have symptoms of severe dehydration (confusion, rapid heartbeat, sunken eyes or being unable to pass urine).

"We’d like to reassure customers that we regularly audit all of our hotels in respect of health and safety, including hygiene."

Earlier this year, a woman was left stranded in Cancun with a £200,000 medical bill after falling sick with pneumonia and bronchiolitis, only for her travel insurer to refuse to pay out.