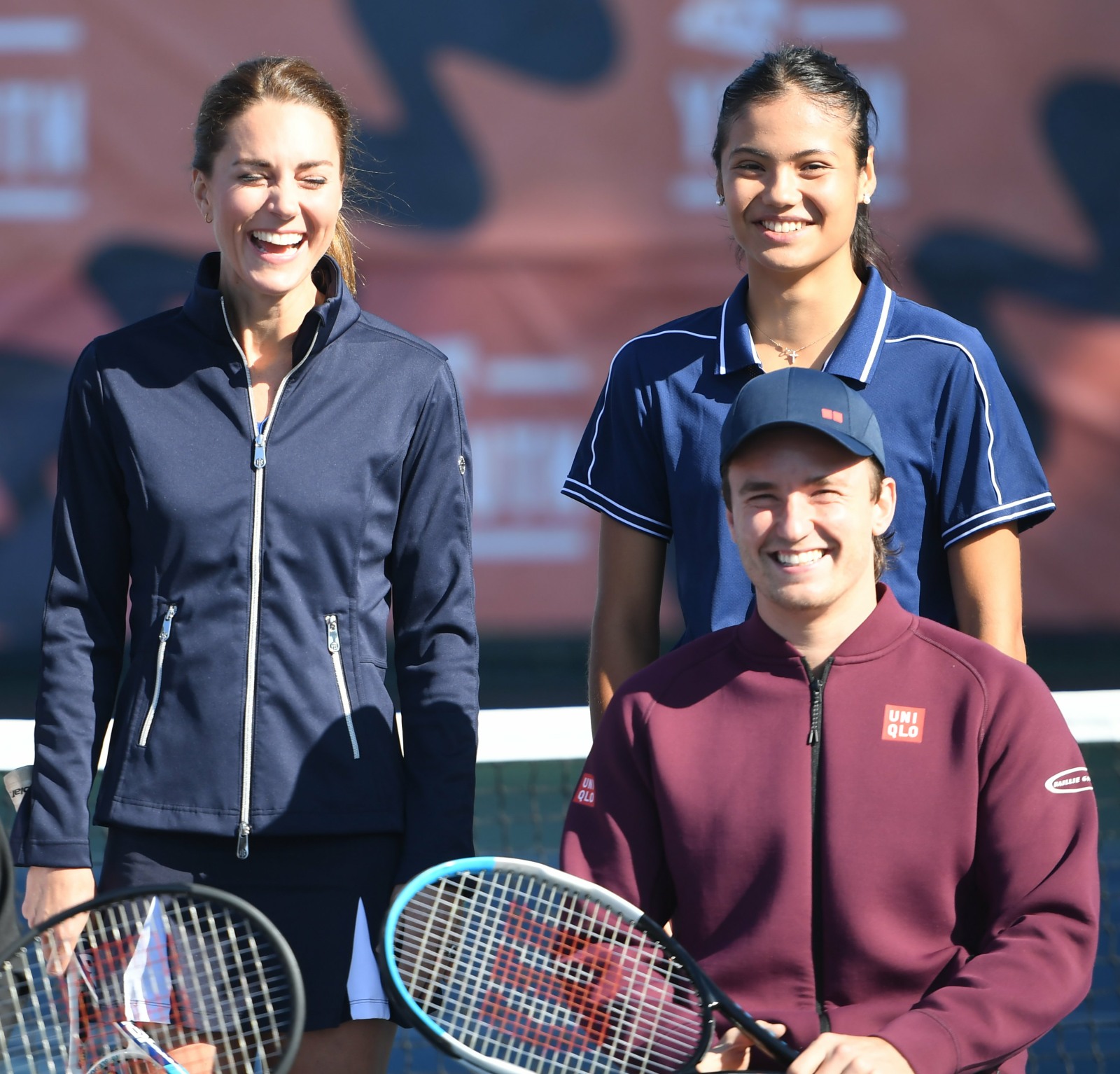 Emma Raducanu won the US Open this year. She was born in Canada, but she’s a British citizen and she plays for Britain. She was the first British woman to win a Slam title (in singles) since the 1970s. She’s the first qualifier to win a Slam. She was the youngest woman to win a Slam since Maria Sharapova won Wimbledon in 2004. Emma is also a huge success story for the British tennis development programs, especially the youth programs. British tennis (correctly) got a lot of sh-t for many years for not doing enough to develop homegrown talent. Even Andy Murray outgrew Scottish/British facilities/programs and had to train in Spain as a kid! Emma is the product of the Lawn Tennis Association’s youth development programs, and the LTA made a significant investment in her, which paid off spectacularly in New York.

The point is that Emma is going to be stuck doing kids’ tennis clinics and LTA events for the rest of her career. It’s not the biggest chore in the world (I bet Emma loves the kids’ clinics), but the LTA is going to ask her to do their events for many, many years to come. Soon after Emma won the US Open, the LTA asked her to do an event at Roehampton with other British tennis stars like Joe Salisbury and Alfie Hewitt. It seemed to me like the real purpose of the event was that the Duchess of Cambridge wanted to meet Emma. Kate wanted to pose in a short tennis skirt and have a hit with the newly-minted Slam champion. So Emma obliged and photos were taken and all was well. As I said, this is Emma’s life now. Everyone wants a piece of her, including royalty. Emma recently chatted to People Magazine about meeting Kate, and Emma must have gotten her talking points straight from Kensington Palace.

Kate Middleton may have an “incredible forehand,” according to U.S. Open winner Emma Raducanu, but the British tennis champion is impressed by more than just the royal’s tennis skills.

“I think the Duchess is such a great inspiration, just with how she handles everything and how she does so much good work for charities,” Raducanu, 19, tells PEOPLE. “She’s a real inspiration to the whole country.”

Kate and Raducanu paired up for a quick doubles game in September during an event for the Lawn Tennis Association, of which the royal is patron.

“It was a pretty surreal experience to be playing tennis with the Duchess,” Raducanu says, adding that Kate played “very well.”

“It was kind of crazy, but she was really down to earth and normal,” she adds. “So I found it a really cool experience.”

The athlete, who is Evian’s newest global ambassador the brand announced Thursday, says that despite that drive and work ethic, she’s been working on being “patient” and “kind” to herself.

“A lot of the time I can get so caught up in the moment and caught up in a particular shot that, I’m very tough on myself,” she tells PEOPLE. “So to step back and look at how far I’ve come, I think that’s the biggest thing I’ve learned [this year], just to be patient.”

I think it’s funny that Emma thinks Kate has a good forehand! That must be how Kate spends her time – she’s playing tennis and working on her forehand. I’m also curious about Kate’s backhand! I saw some of the video from her practice with Emma and it looked like Kate doesn’t really have much of a backhand, she just sort of slices it and pops it up. Anyway, Emma only recently turned 19 years old. She’s not part of the royal wars and she probably doesn’t know much about Kate or the Windsors or anything. Emma met a duchess and thought “wow, that’s cool.” It will get less cool in the years to come for Emma.

Incidentally, I like Emma’s attitude about being patient. She had a rough time of it after New York, losing early in Indian Wells and kind of losing the plot at a tournament in Romania. It will be interesting to see what kind of vibe she brings to the 2022 season. 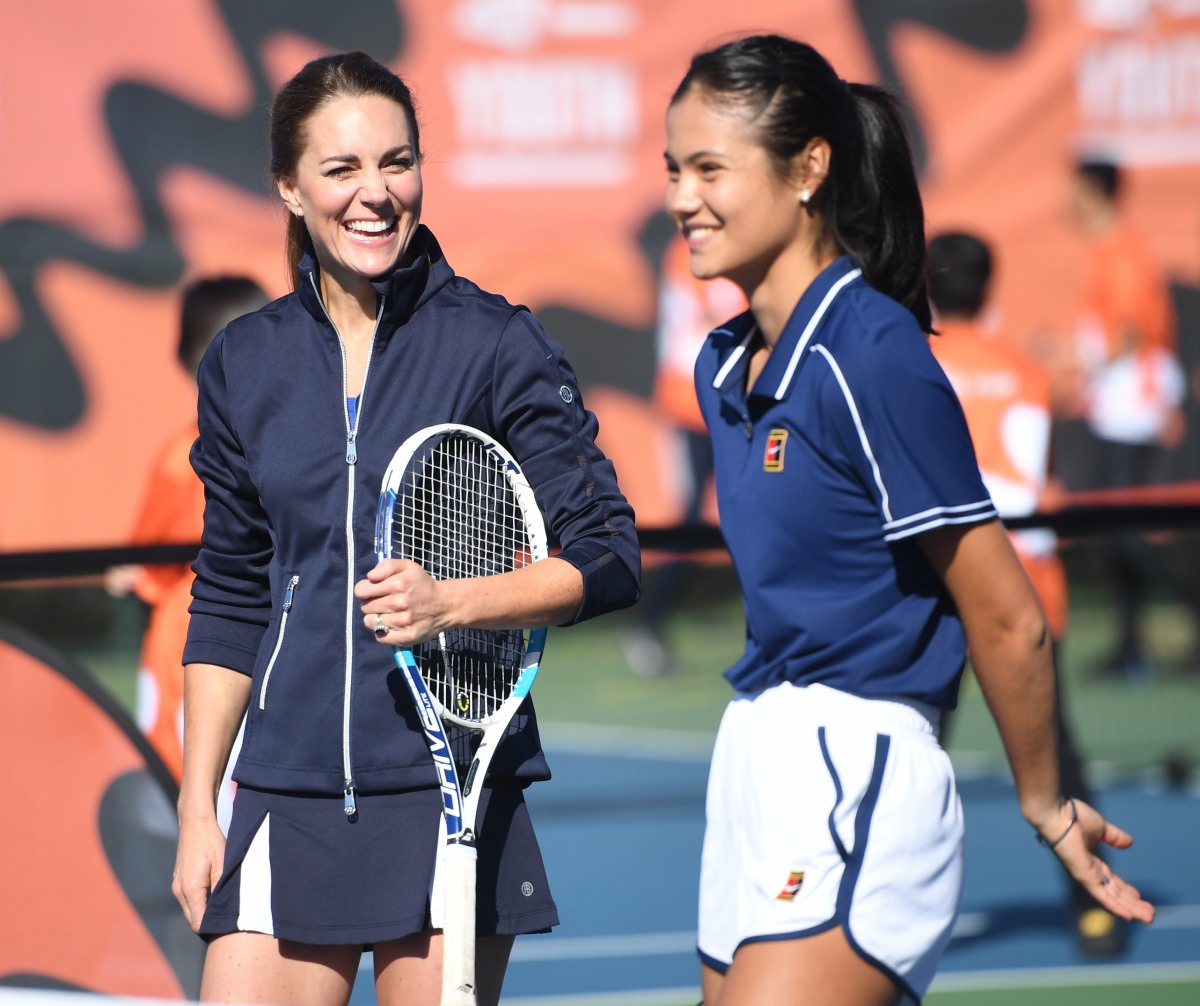 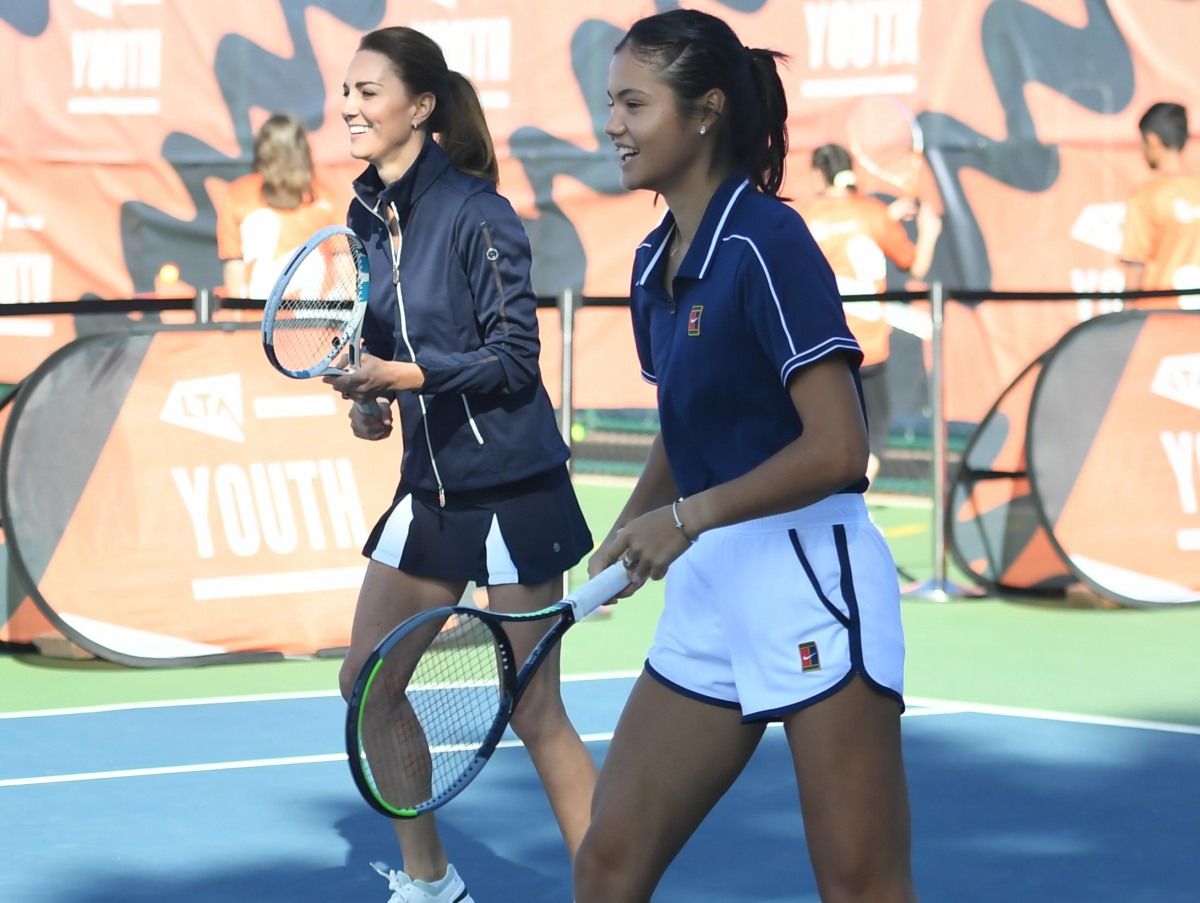 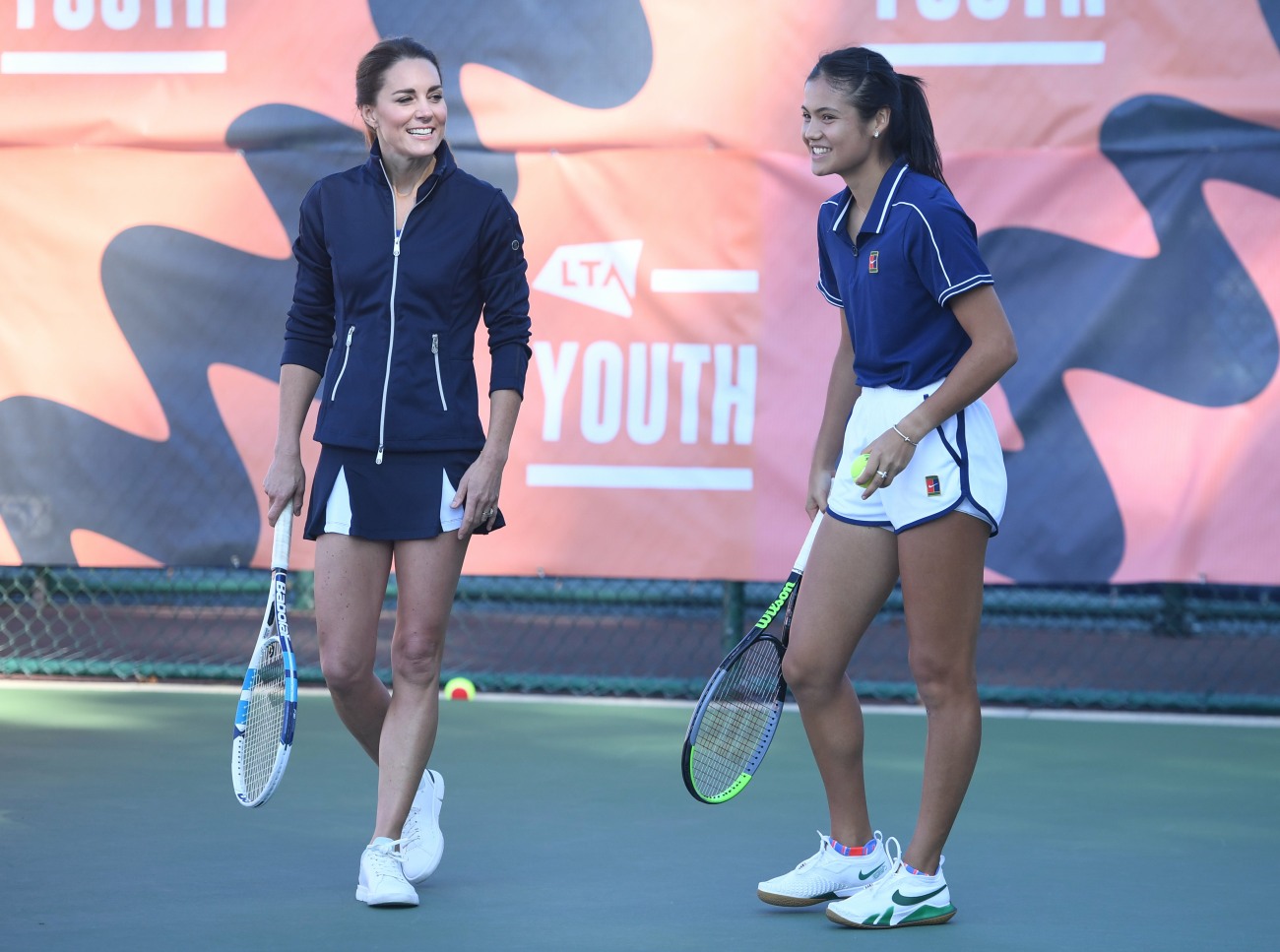