Gemma Atkinson, 34, has kept fans regularly updated on her pregnancy journey as she shares everything from heartwarming snaps of her burgeoning bump to fitness videos. But it seems followers of the former Emmerdale actress and her Strictly Come Dancing beau Gorka Marquez, 28, are concerned the arrival of their baby may prevent them from seeing him in action on stage in Here Come The Boys. In view of her one million Instagram followers, the blonde beauty hit out as she mused the birthing process will happen when her baby boy or girl are ready to enter the world. Taking to her stories, she penned: “To those messaging me, telling me when to go into labour so they can see Gorks show, I appreciate you want to see it.

“But please appreciate my baby will come when he or she is ready. Not when you want. Sorry!”(sic)

It comes after her boyfriend Gorka headed on a nationwide summer tour alongside his Strictly co-stars Giovanni Pernice, 28, and Aljaž Škorjanec, 29, which kicked off last weekend.

Fans are eager to see him perform over the month long tour but seemingly are urging Gemma to give birth so the dancer doesn’t end up skipping one of the dates.

Meanwhile, the pregnant star gushed over her beau in a sweet Father’s Day Instagram post as she revealed her due date is just a “few short weeks”.

Alongside a montage of the Strictly Come Dancing professional, Gemma wrote: “Happy Farther’s (to be) Day to @gorka_marquez and all the other dads currently awaiting for their little arrivals!

“I can’t believe in a few short weeks Baby Marquez will be here for you to do all the fun stuff we talk about.” 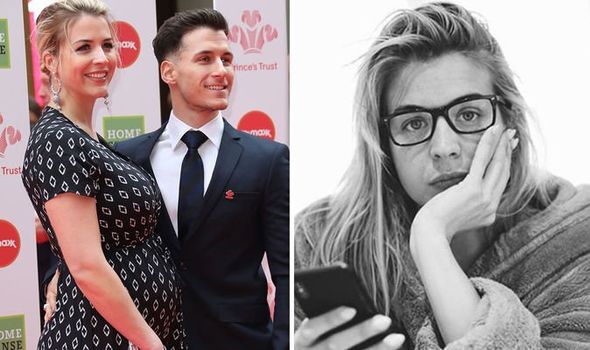 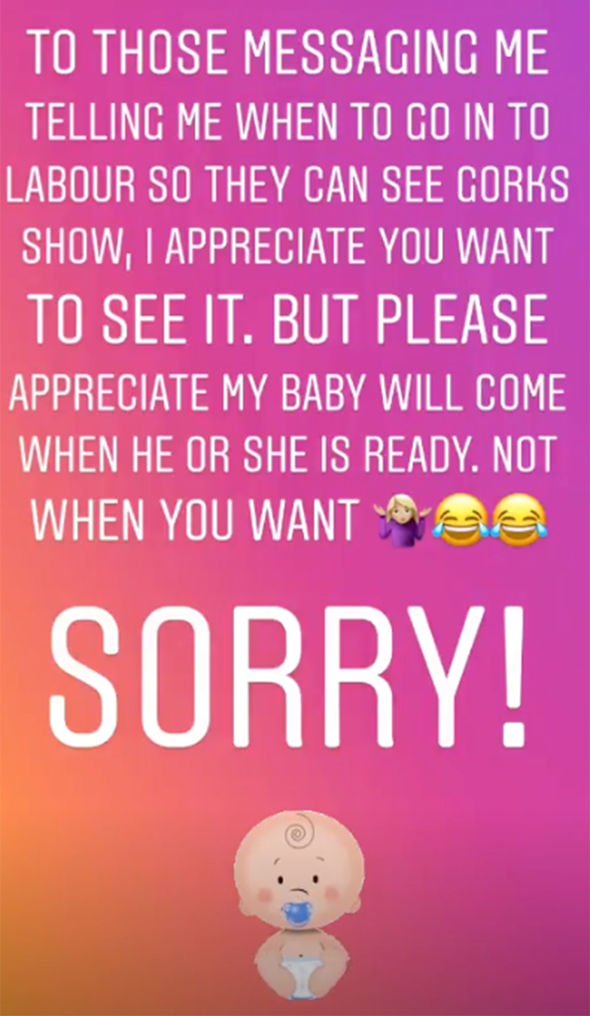 She finished: “Next year you’ll have your gift and also a s****y nappy to change as well.”

Gorka replied to the post, saying: “I love you,” alongside heart emojis.

Elsewhere, Gemma shared a fun video where she prepared to take her dog Ollie out for a walk but there appeared to be a slight problem.

As she panned the camera away from her pooch to the mirror, she could be seen struggling to get users on. 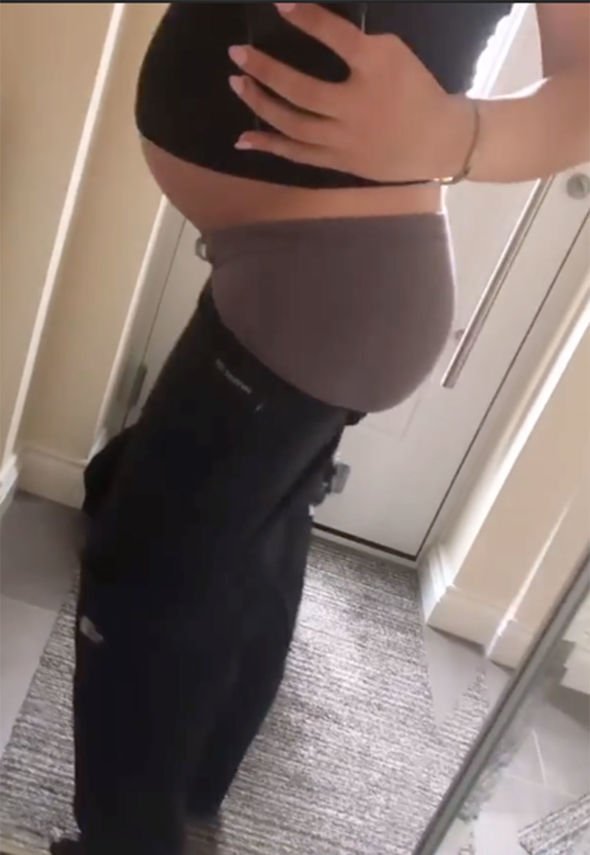 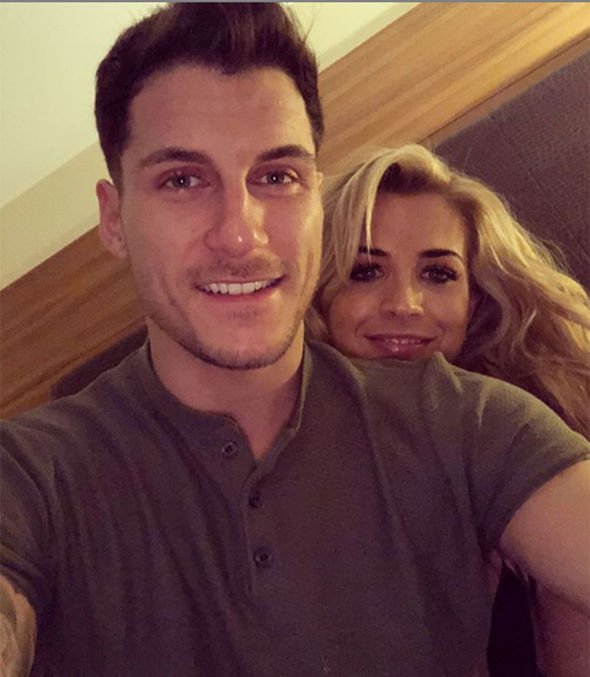 She said: “I’ll just get my waterproofs on.”

Attempting to get the trousers over her bottom, she put her baby bump on full display.

Gemma continued: “Just give me a second…I’m just trying to get these pants over my posterior,” before bellowing out loud: “Argh!”

Seeing the funny side, she let out a chuckle as her dog sat patiently waiting.

Gemma and Gorka first met when she starred in Strictly Come Dancing in 2017 and earlier this year, the couple announced they were expecting their first baby together.