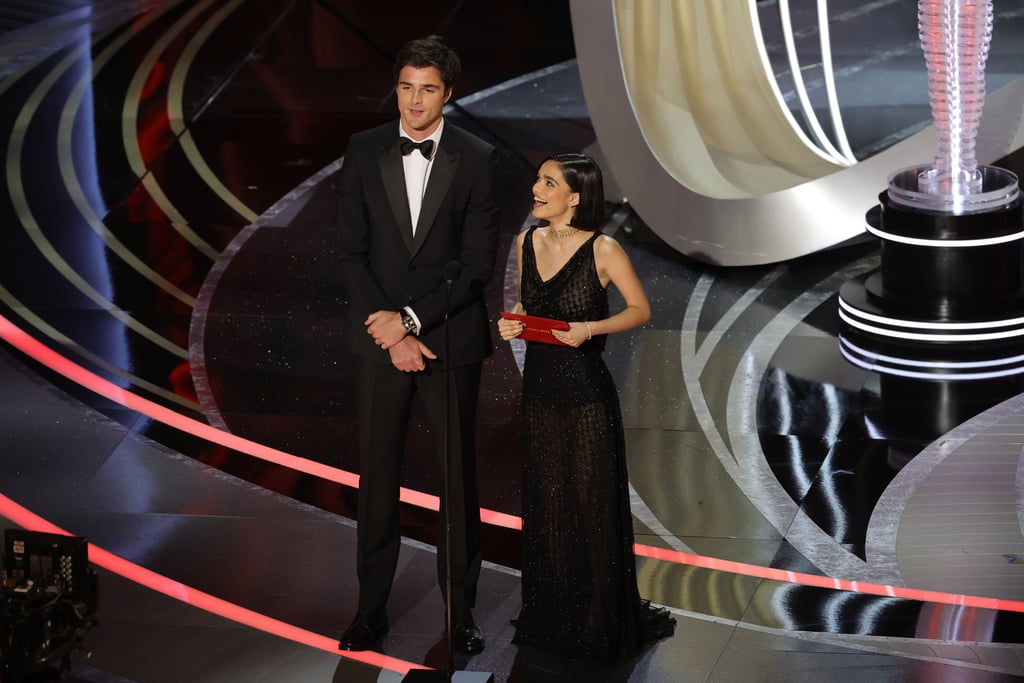 Jacob Elordi attended the Oscars for the first time on March 27. He had a great view, too. The towering “Euphoria” actor looked especially tall at the ceremony as he presented the award for best visual effects with “West Side Story” star Rachel Zegler. (To save you the search: Elordi is 6’5,” while Zegler is 5’2″.)

Elordi has said he used to lie about his height in auditions, worried it would work against him. “I used to be so sensitive about my height. Because when I first started acting, literally everybody would tell me that I’d never work because they wouldn’t be able to partner me with people, and they wouldn’t lift the camera up high enough,” he told GQ in 2020. “I basically got told that I was too tall to be an actor.”

Following presenter duty, Elordi and Zegler attempted to FaceTime their mutual friend Noah Centineo. Zegler tweeted Centineo a screenshot of the failed attempt, writing, “Answer your phone.” Elordi’s “Euphoria” costar Zendaya was also in attendance in celebration of “Dune,” which received 10 nominations, as well as “Spider-Man: No Way Home,” which received a best visual effects nod.

See highlights from Elordi’s night ahead.